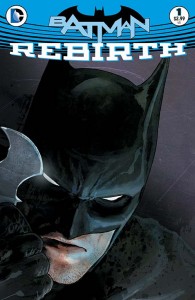 The times are a’changing.

This summer, DC Comics kicks off its “Rebirth” event, which will introduce readers to new chapters and fresh starts in the lives of Batman, Superman, Wonder Woman, and the rest of the characters populating the DC Universe.

Before the first issue in writer Tom King’s run on Batman begins, he and All-Star Batman scribe Scott Snyder have collaborated on Batman: Rebirth #1, a one-shot setting the tone for what the creators on the various Batman books will be showcasing in the months to come.

I had the chance to speak with Mr. King about what writing Batman allows him to do creatively, how his time in the CIA informs his work, and how the themes of change and consistency marry to create what he wants to do with the character.

FreakSugar: I can’t say enough good things about your books The Vision, Omega Men, and The Sheriff of Babylon. They’re all very different books, though, tonally. What kind of creative muscles can you flex with Batman and Batman: Rebirth that you might not necessarily get to work out with the other books in your stable?

Tom King: Ah man, that’s a good question. First of all, thanks for saying those books are so different because I see them as so similar. To me, they’re a trilogy to me. They’re all books about characters who start the story innocent in some ways and try to do some little, good way and find out they can’t. They find out the world is a complicated place. That’s the common theme.

You know that feeling? When you were a kid and you read a Batman comic and you went out and started punching trees and had that energy inside you? That’s the muscle I want to flex. I wrote a note to our artist David Finch that the theme of our book is “Hell yeah, Batman!” [laughs] That’s what this is about.

I rarely get that with The Vision where I want to go out and punch a tree. [laughs] 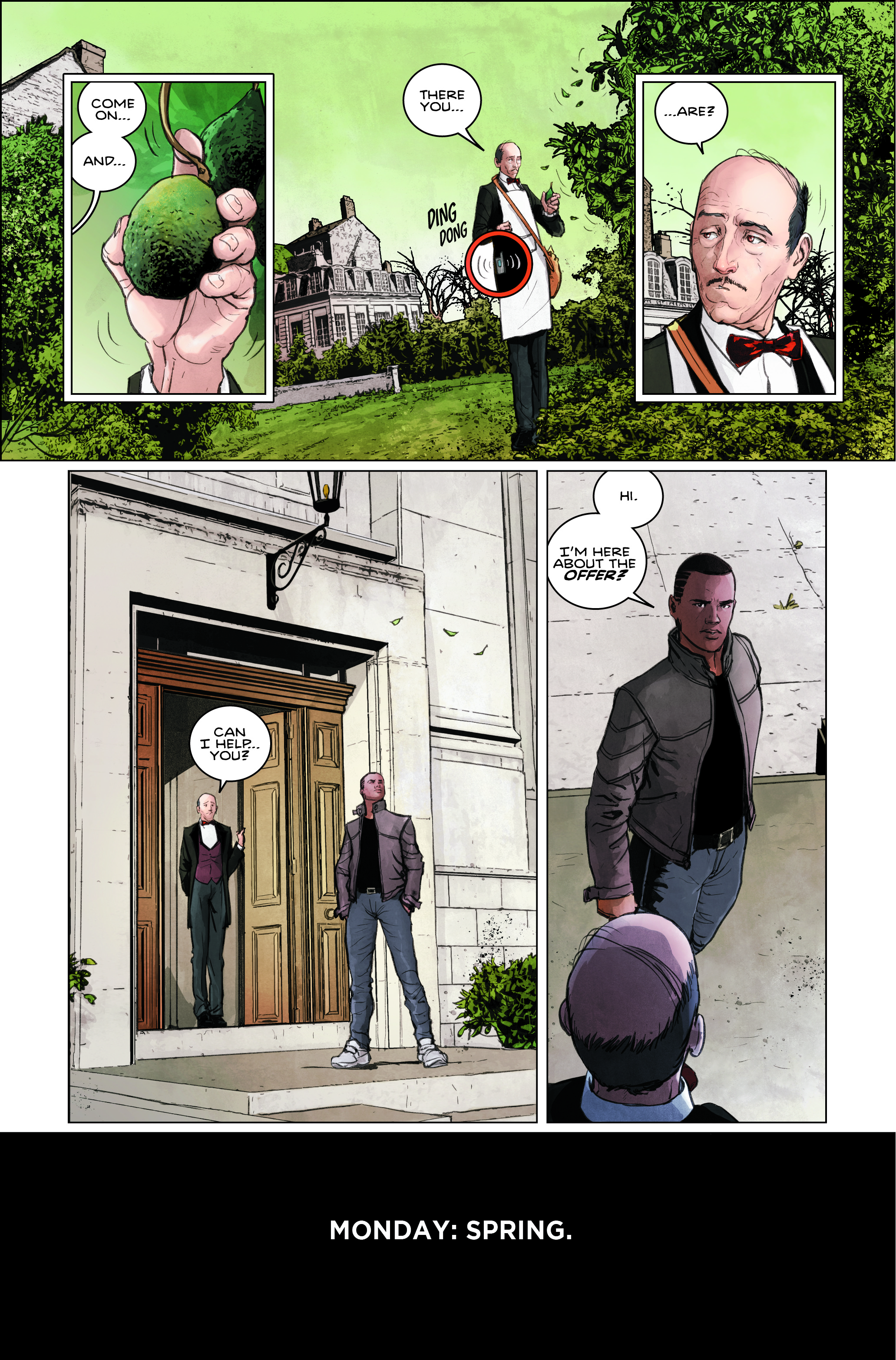 FS: I’m fulfilled when I read The Vision, but I rarely want to punch a tree. Or when I read Sheriff.

FS: I know you get this question a lot, but I think it’s key to understanding your work. You’ve been a CIA operative and you’ve said that time has been a big influence on your work. What about your experience in the CIA informs how you approach Batman and brings something new to the character?

TK: I think that’s a fundamental question to ask because it does influence my work. I spent seven years of my 20s with the CIA. I was also a house dad for a while. Those two experiences have an enormous influence on my work.

What makes Batman interesting to me and to everybody is that he has no powers. All he has is his pain, his will, and his family. I tried to connect that to my experience with the CIA. I was an operations officer. You’re going after these counterterrorism things where you’re just looking at the worst of humanity. Part of the job is getting as close as you can to it and not be turned or corrupted by it. Not everyone succeeds. I’m not sure I succeeded in every moment in my career.

But Batman succeeds in that. He gets close to the worst of humanity. He gets to the edge of insanity and he comes back from it. I’m hoping to take my experience and say, “I’ve seen some terrible crap and so has Batman. I know what that’s like. And I want to make Batman the person I wished I could be.” Because he’s a hero. 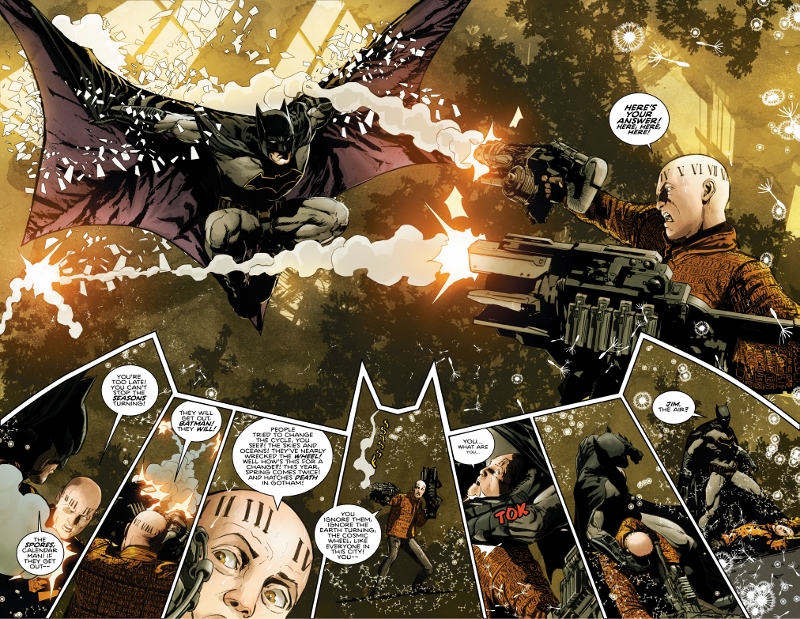 FS: Where do we find Batman at the beginning of Batman: Rebirth and how does it inform what you’ve both set up?

TK: I’m following Scott Snyder and Greg Capullo’s run on Batman and it’s transcendent. It’s as good as comics as you could write in the modern era. Scott had come to me a year before Rebirth and asked if I wanted to co-write the last comic, to talk about what it’s like for Batman to end one thing and start something else. To talk about endings and rebirth.

At the same time, you’re always moving forward. You become a different human being. You change. And that means something to you. Even though everything is the same, it means something to you. And that’s what Rebirth is about, taking those two seemingly opposite ideas and putting them together. It’s Batman in transition. It’s the same as what Scott and I are going through and, hopefully, what the readers are going through.

That’s the philosophy of the whole thing! [laughs] I should have talked about where the cave is and all that stuff! [laughs]

TK: In terms of the mechanics of it, Scott and I wanted to go back to the classics. It’s almost like Batman ’66 [referring to the Adam West TV series]. He’s got a cave, he’s got a partner, he’s got Alfred. There’s a Commissioner Gordon. He’s got his money back. He’s going to parties. When you close your eyes and think of Batman, that’s where we’re at in #1. Now, it all goes to crap from there because that’s what comics do. [laughs] 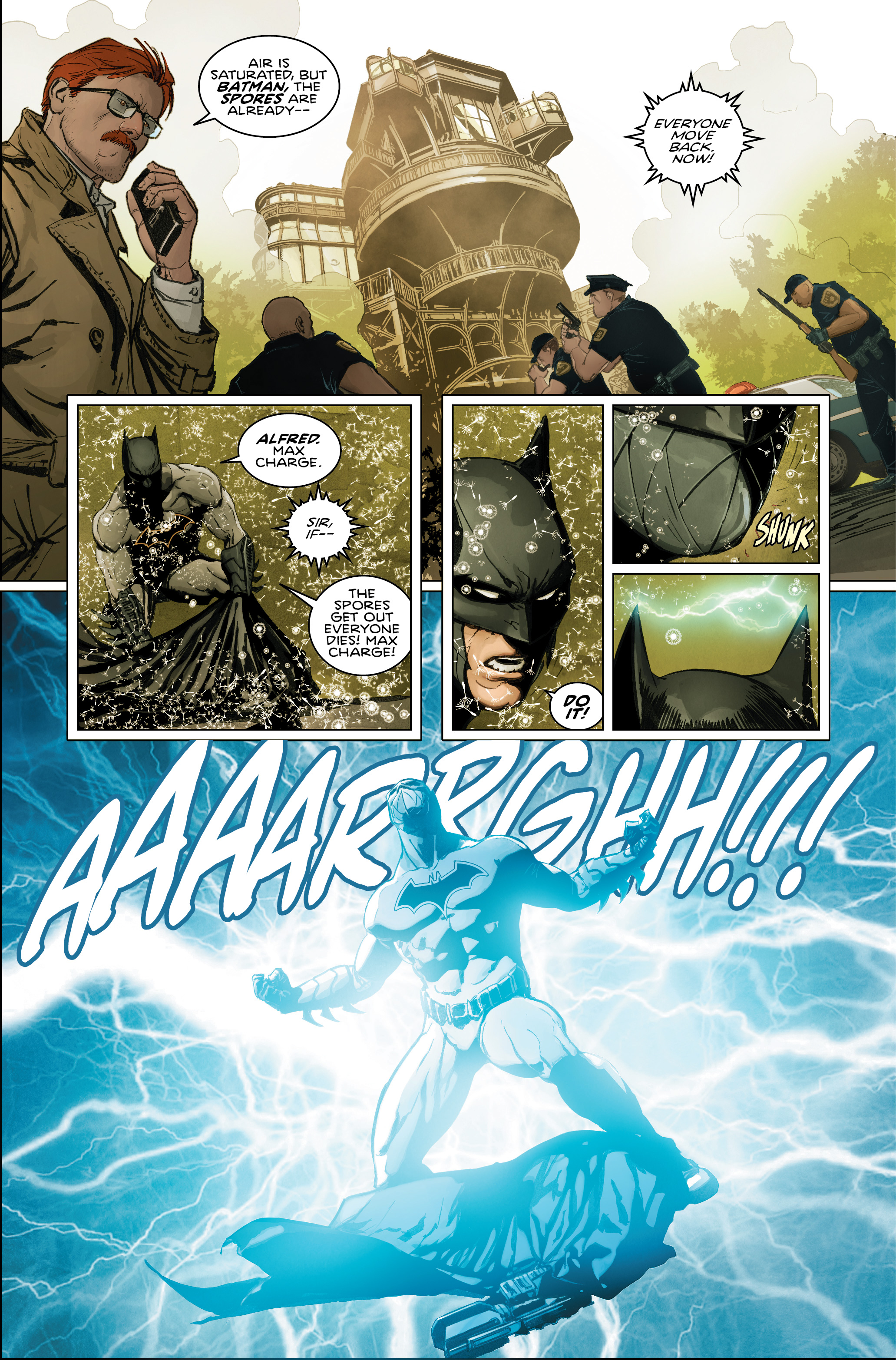 FS: What’s the collaboration process with Scott like now that you’re fully entrenched in the Bat-family of books?

TK: There are days I talk to Scott more than I talk to my wife. Ask my wife, she’ll tell you about it. [laughs] It’s a very close collaboration and everyone on the team. The collaboration is extremely tight. These are my best friends who are writing these books. It’s very easy to collaborate. I have no desire to get in the way of their stories because they’re amazing. And they have no desire to get in the way of mine. Scott and I exchange scripts and comment on them. His are brilliant and mine are messed up and I appreciate it. [laughs] I feel like we’re the Marvel bullpen. We’ve got the best job ever and they gave us the best keys to the best cars.