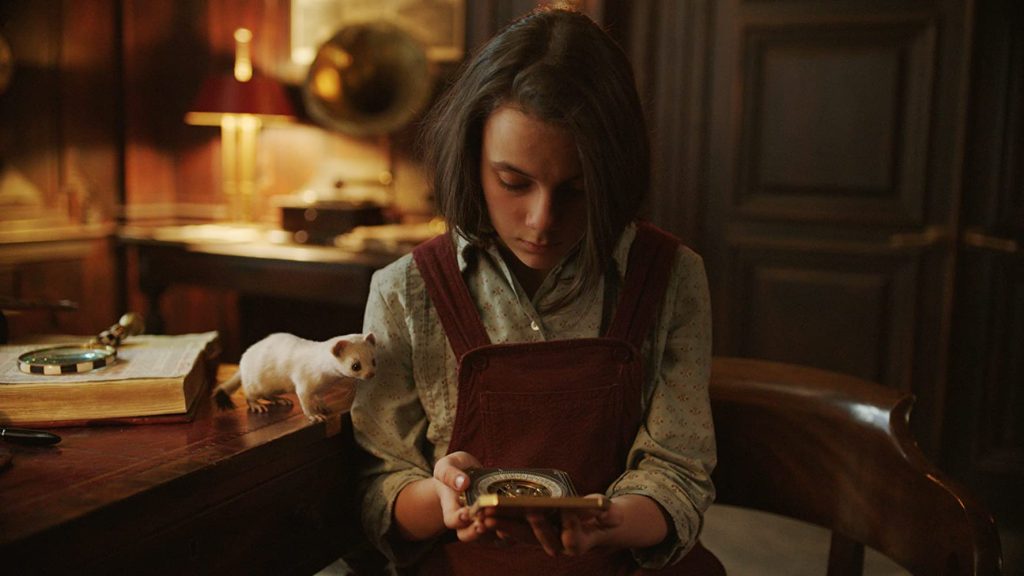 It’s fair to say at this point that BBC/HBO’s His Dark Materials season 1, out this week on Blu-ray and digital, is the best version of Philip Pullman’s Northern Lights (a.k.a. The Golden Compass) to exist in any form…and that includes the book. Justifiably appreciated for their world-building and ideas, Pullman’s His Dark Materials trilogy novels are a tough read from a character perspective. He throws out so many, with all kinds of evocative names like Iorek Byrnison and Serafina Pekkala and Lyra Belacqua…yet never really takes the time to describe all these people, so with some broad-strokes exceptions (Lee Scoresby is a cowboy, and Iorek is a polar bear in armor), it’s hard to get a handle on just who everyone is. Especially since each of the three books begins with a completely new protagonist spending most of their time in a completely different world.

As with Shakespeare plays — not that Pullman is necessarily on THAT level — the ideas and dialogue come across better when performed by people who know what they’re doing. And, as those who recall the 2007 feature film version of The Golden Compass know, by writers unconstrained by the limits of mega-budgeted entertainment. For one thing, did anyone making that movie even understand that the “golden compass” of the title refers NOT to the pocketwatch-like alethiometer on which the plot hinges, but rather a reference in Milton’s Paradise Lost to the way God works? Did you? Now you do. A mere thirteen years ago, mentioning that the underlying theme was of a theologian/explorer setting out to kill God…completely taboo. Now we’ve already lived through Preacher on basic cable, in which that exact same thing happens, but with much more circumcision, masturbation, torture, and deliberate wanton offense designed to shock. His Dark Materials, with its heroic Oxford scholars and dignified Gypsies, looks downright classy by comparison. 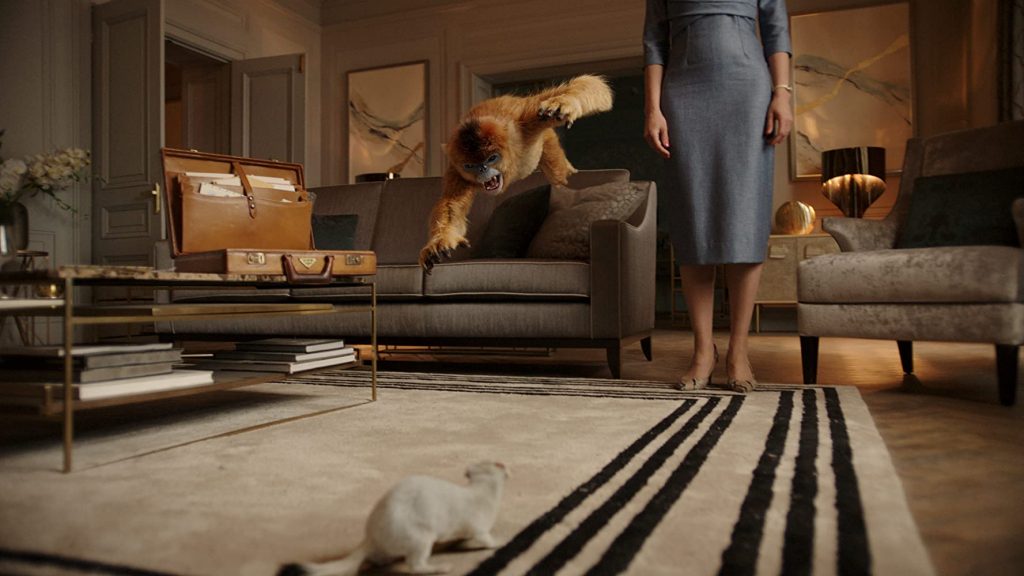 Eight nearly hourlong episodes offer more than enough time to give all the characters in the story their due, as we follow the adventures of young Lyra (Dafne Keen) from her unusually protected home at an Oxford college, as she discovers a plot to abduct children, all while be torn between dubious, discredited father figure Lord Asriel (James McAvoy) and her devious, conflicted would-be mentor, Mrs. Coulter (Ruth Wilson). Needless to say, both are involved, to varying degrees and agendas. These characters exist in a world controlled by a theocracy called the Magisterium, which Mrs. Coulter seeks to uphold and Lord Asriel wants to bring down. Humans live in harmony with talking animal apparitions called daemons that represent part of their soul, and which can shape-shift until puberty goes into full swing. If C.S. Lewis’ Narnia was the warm hug of a Santa Claus-loving, unitarian-friendly Church of England, Pullman’s depiction of Lyra’s world is a power-hungry Pope, covering up child abuse while ordering everyone else to stand up straight.

Because there’s ample time, the series adds tidbits from the new prequel books, and gets a head-start on the second in the trilogy, The Subtle Knife, set in the real world and starring a teenage boy named Will Parry (Amir Wilson). These scenes are slower and more frequent than they need to be to establish Will, serving mainly as cutaways to break up the main timeline, but they also should make season 2 less jarring as it can get to his and Lyra’s meeting more quickly. As is often the case with BBC sci-fi, the casting is far more colorblind and diverse than the star-driven system stateside would dream of, with a couple of HBO-friendly names like McAvoy and Lin-Manuel Miranda thrown in for familiarity. One could argue that the cast should be even more nonwhite, as the Gyptians — a portmanteau of Gypsy and Egyptian — could have had no white faces at all, as Romany and Travellers are more racially uniform in our world. Still, this is a fantasy reality, and anything can happen. 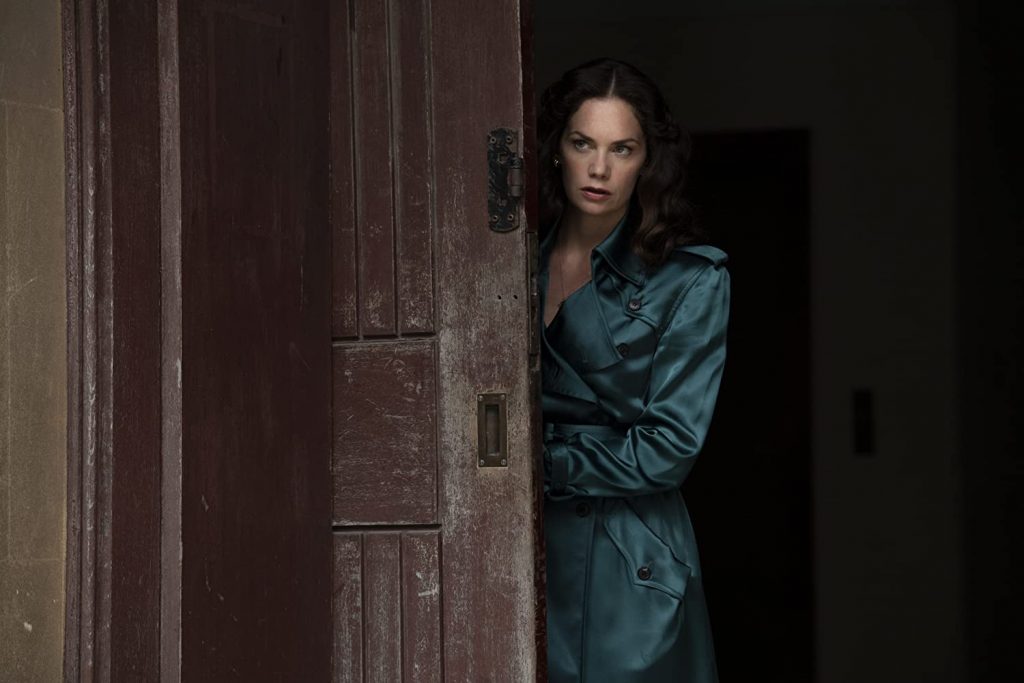 Miranda’s casting helps carefully navigate the conundrum of Lee Scoresby, the token American stereotype. (He’s a cowboy who flies hot air balloons.) The feature film already cast Sam Elliott, who really can’t be out-cowboyed. By inserting Miranda, they’re forcibly going a different direction, making Scoresby more of the Brett Maverick big-talker, not-so-big fighter type. The other biggest character change comes with the witches: Serafina Pekkala (The Strain‘s Ruta Gedmintas) is given a visual makeover and powered up to the point that she’s a one-woman threat, and doesn’t need a digitally expensive flying posse to back her up. The daemons are all CG, and as such kept off-camera as much as can be arranged.

I’m not crazy about the extra text which explicitly tells us Lyra is a Chosen One — she doesn’t need to be designated such, and her parentage, when revealed (not that it’s any big surprise; guess the only two characters who actually could be her parents and you’ve got it) makes her important enough. And some book fans may argue Lyra is more analytical here than the wild child sometimes described in the text. But Keen comes across smart and appealing throughout, where I’d argue Lyra was never particularly likeable as Pullman wrote her. 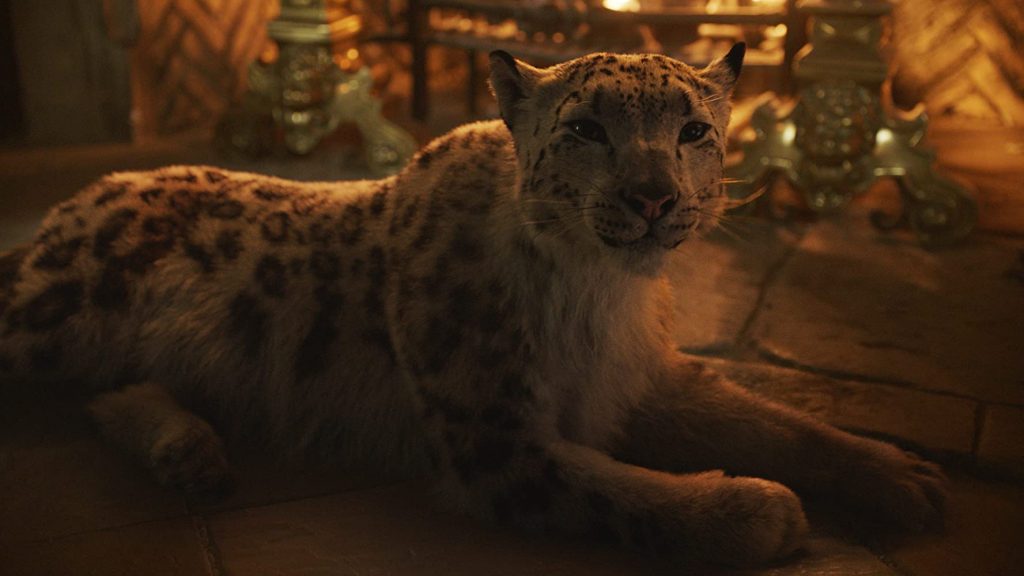 There’s something of the classic war orphan narrative here, as embodied more graphically in the current arthouse hit The Painted Bird, unfairly maligned as a cinematic endurance test. While the kid in that film constantly meets terrible people en route to finding parental figures, Lyra mostly encounters good people en route to finding her parents are kind of terrible, actually. Pullman’s more interested in her growing up and finding safety in liberty than other protectors; indeed, the entire point of the villains’ grand plot is to take away free will, and therefore sin, to keep people “safe” within the church. Writing in the ’90s, Pullman could perhaps more easily imagine disparate groups coming together against an oppressive, Divine Right-invoking government. Come to think of it, we could sure use some armored bears in real life right about now.

But the best aspect of Pullman’s fantasy universe is it feels original. He’s not combining the typical Elves/dragons/swords tropes with some new twist, but world- and universe-building in a way that builds toward his main point, but also allows unique diversions along the way. I have no idea what a Cliff Ghast is , but it’s fun watching Lee Scoresby shoot them off his balloon. And I’ve yet to meet anyone who doesn’t think polar bears in battle gear — one with a gold Skeletor mask, even — are super cool. 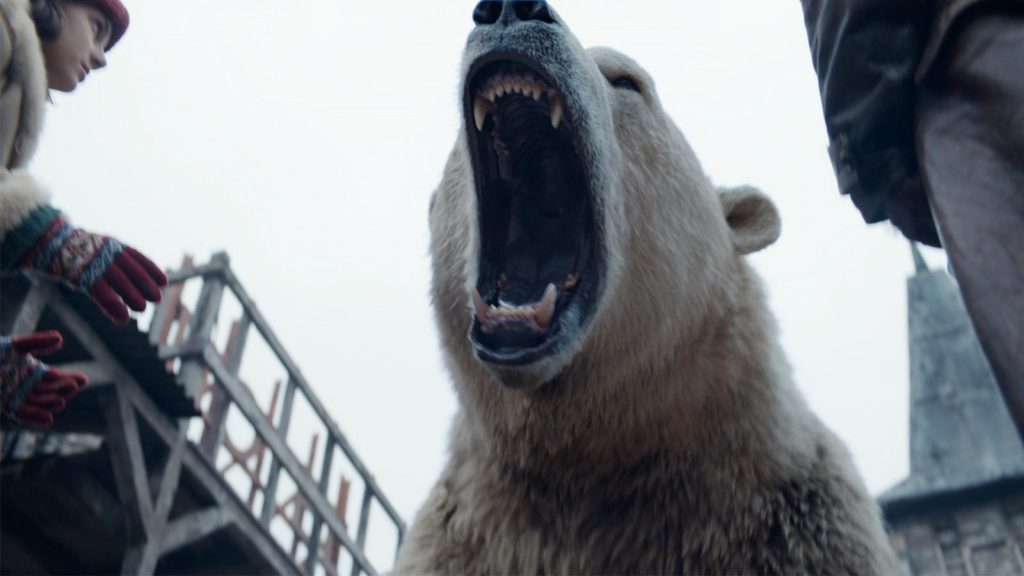 The Blu-ray set, unfortunately, ain’t what it could be. I initially watched the series on streaming, and these stay-at-home days, when everyone does the same, that meant lots of buffering and de-rezzing. The discs, though, didn’t improve image clarity as much as I’d hoped. Items not in main focus could at times feel blocky and simplified, and overall sharpness wasn’t great. I’d love a 4K upgrade if the source material allows. Most of the extras already aired on HBO, though a more comprehensive featurette that reuses a lot of the same footage is also included. Nearly all of it is annoyingly non-spoiler, and none of it includes the Subtle Knife scenes. The highlight is checking out the non-CG daemon puppets on set for rehearsal and camera/VFX reference, plus Joe Tandberg as Iorek having to act while puppeteering a giant hollow bear head in front of him.

I don’t know that a 4K set is forthcoming; hell, I don’t even know if a third season is guaranteed, but they damn well better, because the third book is (a) bugf**k insane and (b) where the story gets good. Covid obviously delays filming, though that could be a blessing in disguise if the story allows Keen and Wilson to age up before their sex scene, if indeed the show dares even touch that.

So in the meantime, maybe buy this just so it’ll encourage BBC and HBO to finish the story? And also maybe pretend you didn’t hear about the sex stuff.