Donald Glover is experiencing quite the good fortune lately and he’s certainly earned it. The one-time Community star has showed up in Ridley Scott’s The Martian as part of a NASA team attempting to rescue Matt Damon from Mars, his long-awaited FX series Atlanta is enjoying critical acclaim, and he’s been cast as a yet-to-be-revealed villain in next year’s Spider-Man: Homecoming.

And now his pop culture cred is about to soar higher than a smuggler’s ship evading TIE fighters, as Glover has just landed the role of a young Lando Calrissian in the 2018’s Star Wars: Han Solo anthology film, according to StarWars.com. The film’s co-directors Christopher Miller and Phil Lord had this to say about the casting:

We’re so lucky to have an artist as talented as Donald join us. These are big shoes to fill, and an even bigger cape, and this one fits him perfectly, which will save us money on alterations. Also, we’d like to publicly apologize to Donald for ruining Comic-Con for him forever.

For the past few weeks, rumors have been swirling that Glover was a chief contender for the part first made famous by Billy Dee Williams in The Empire Strikes Back and Return of the Jedi. Some moviegoers were disappointed that Lando didn’t bring his trademark swagger to December’s Star Wars: The Force Awakens, with no Billy Dee in sight, but at least we know we haven’t seen the last of the one-time overseer of the Cloud City of Bespin just yet. 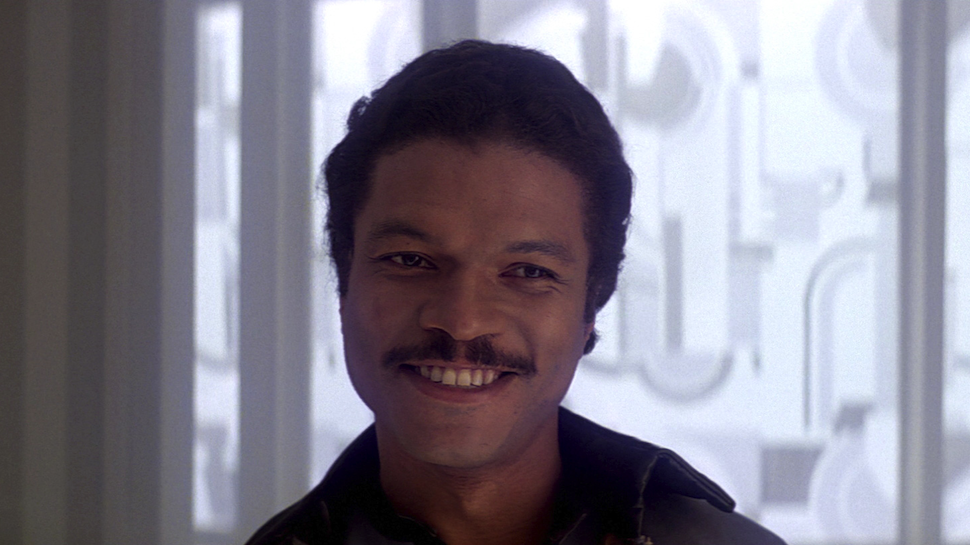 As for Glover, the actor has shown that he has a wide range that spans from slapstick comedy (see his turn as Troy Barnes in Community) to charmer in The Lazarus Effect. Maybe I’m a bit biased since I’m such an unrepentant fan of his performance in Community, but I think Disney stuck the landing with this bit of casting.