Between the DC Universe films and the various comic books recounting their exploits, the superhero group known as the Justice League is experiencing a greater public awareness and time in the limelight than ever before. To celebrate, we’re partnering with DC Entertainment to give away a copy of the Justice League Vol. 6: The People vs. the Justice League trade paperback to TWO lucky winners! 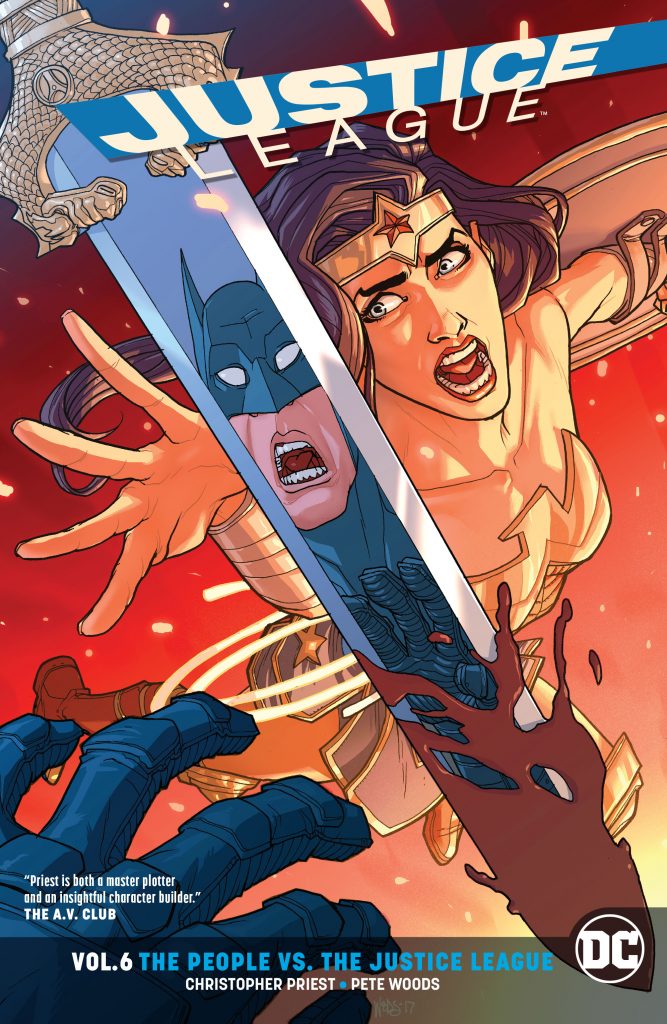 Collecting issues #34-39 of the “Rebirth” Justice League title, The People vs. the Justice League follows the fallout of the League facing off multiple threats, one after the other, which leads to catastrophe:

When Batman makes a careless error that results in loss of life, the heroes of the Justice League suddenly find themselves facing justice themselves. The team is brought before the law to be held accountable for their actions in a trial questioning the very existence of a Justice League.

And now, at the worst possible moment, a new threat strikes. Someone is using deadly means to defend the Justice League. Whoever it is seems to know everything there is to know about the team, from their deepest secrets to how to take down a Green Lantern.

Can the Justice Leaguers overcome this opposition when their confidence in their leader is shaken? Or will the League finally lose to the one enemy it can’t defeat–the will of the people it’s sworn to protect?

For a chance to win one of two copies of the paperback, simply head to FreakSugar’s Facebook and Twitter pages, find this link, and leave a comment with the name of your favorite Justice League member!

The details: Only one entry per social media platform, so you can enter once on Twitter and once on Facebook–meaning, if you have accounts on both, that’s two chances to win! The contest ends on Monday, July 2nd at 11:59 PM Eastern time.

Justice League Vol. 6: The People vs. the Justice League is now on sale from DC Comics. While you’re at it, check out these gorgeous pages from the paperback!