In our exclusive preview of issue #4, on sale Wednesday, August 15th, we see Rubin use the comic page with the novel nimbleness we’ve come to expect and adore from his work. The flowing panels he uses—especially on those first two pages—invoke a notion of action and moving his and Kindt’s story along with a steady pace. Comic book creator Scott McCloud noted in Understanding Comics that the comic medium is one of the only avenues that can speed up and slow down time in a story in the way that it does, and Rubin is showing he’s mastered that skill beautifully. His linework pairs well with Kindt’s characterization, which is one of the jewels of all of his writing and both volumes of Ether in particular. Every member of the menagerie of cast members he’s assembled have crisp, distinct voices such that none of them blend into the background. With a book as fantastical in scope as Ether: The Copper Golems, that might be the most magnificent feat in the series. 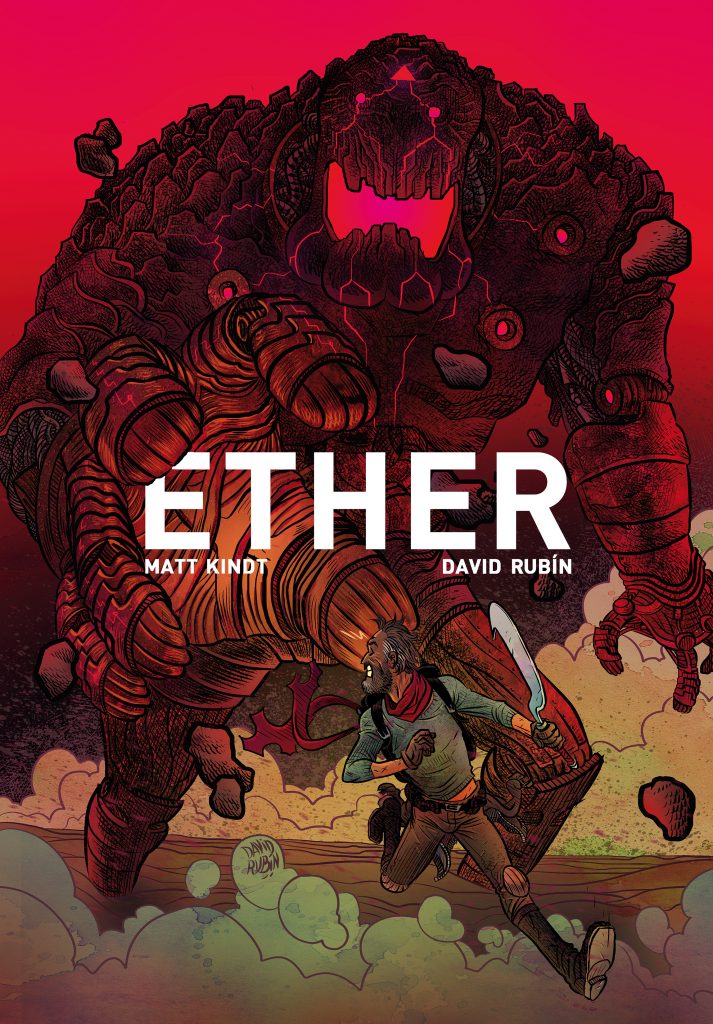 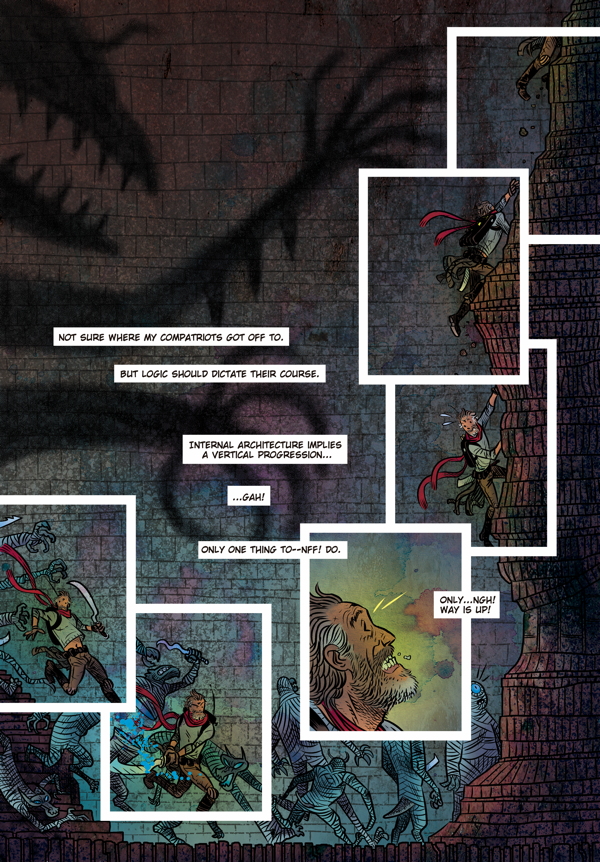 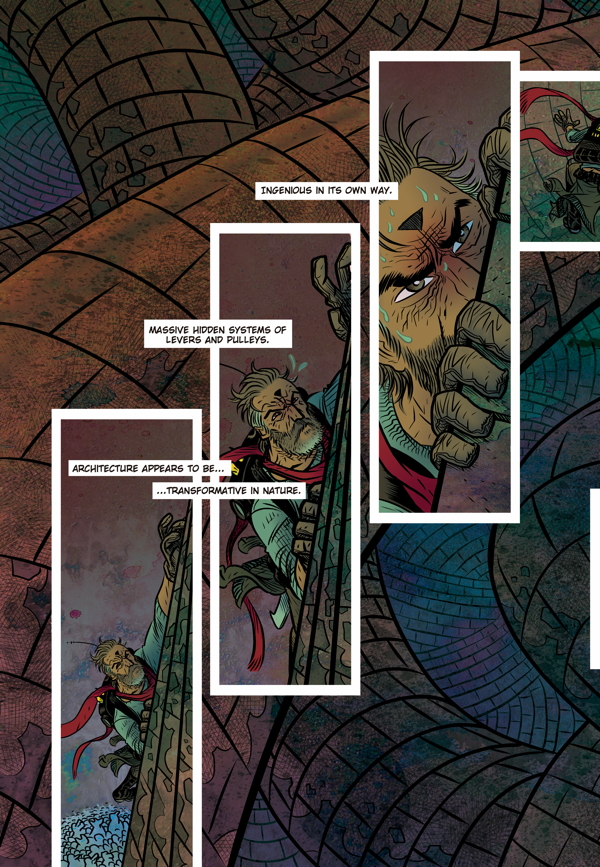 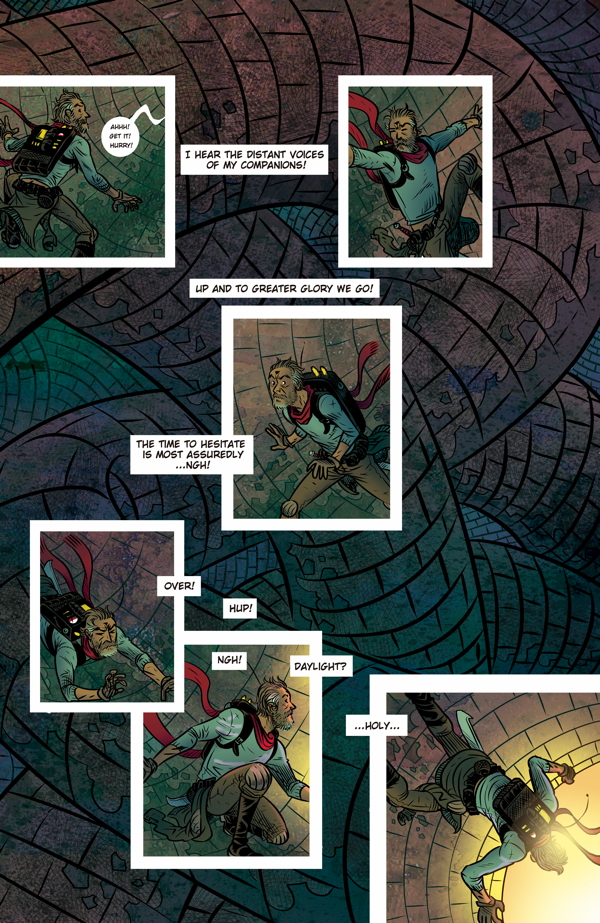 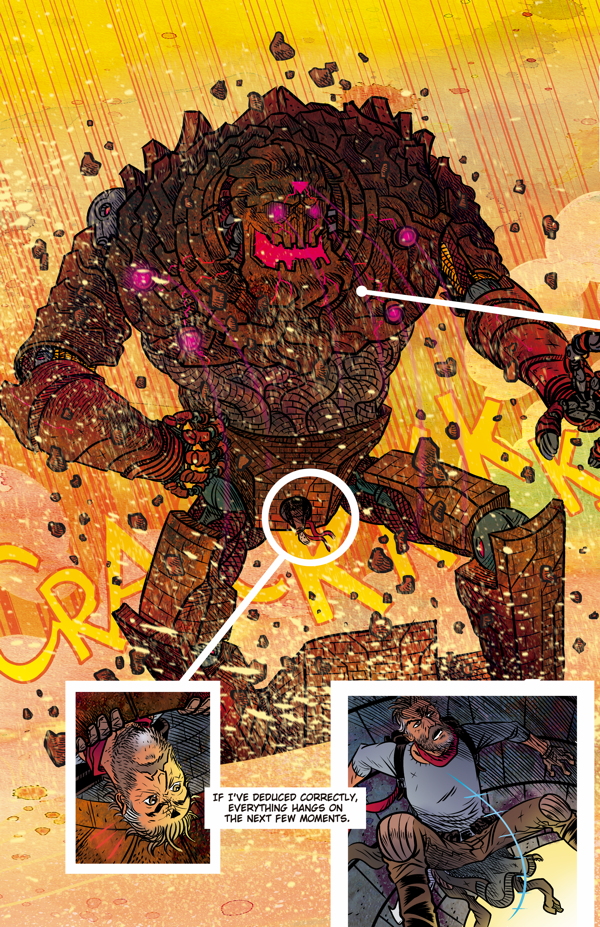 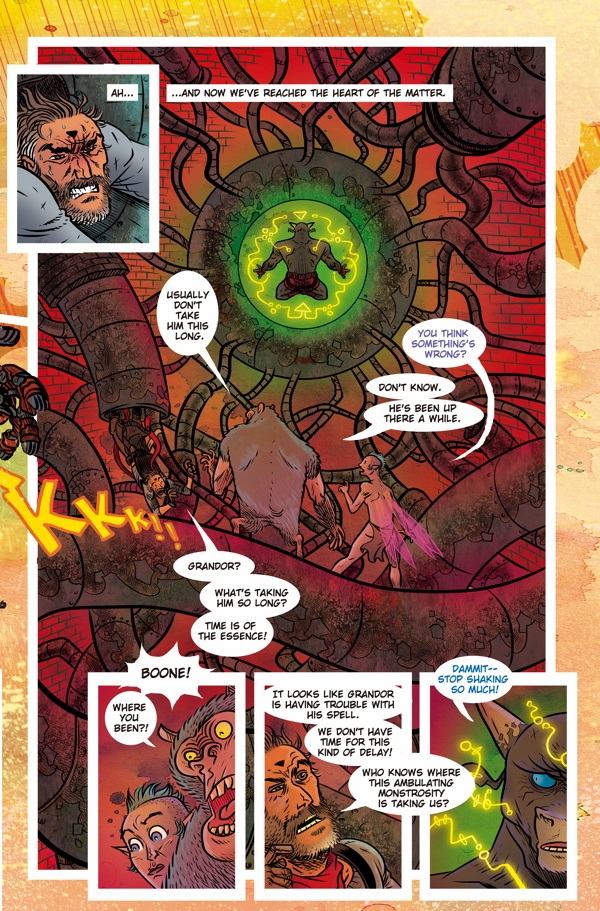 Coming off the heels of a mummy packed cliffhanger, Boone Dias and co. battle their way through an enormous Copper Golem. With the last portal nearly in their grasp, the team has to get past a reality-warping goblin who is more than he seems!