This Wednesday, October 18th, Harley Quinn #30, written by Jimmy Palmiotti and Amanda Conner with John Timms on art, hits newsstands, part three of “Vote Harley”! Will Harley make good on her campaign promises if elected mayor of New York City? Who will she throw in with to make her aspirations a reality? Get a hint of what’s to come in these preview pages DC Comics was kind enough to share! 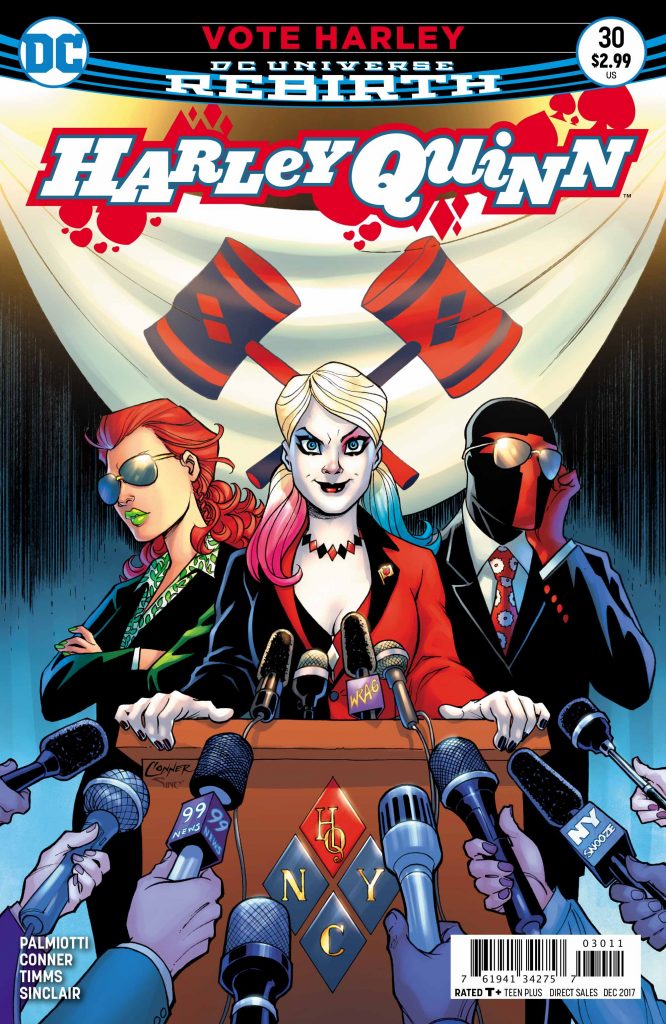 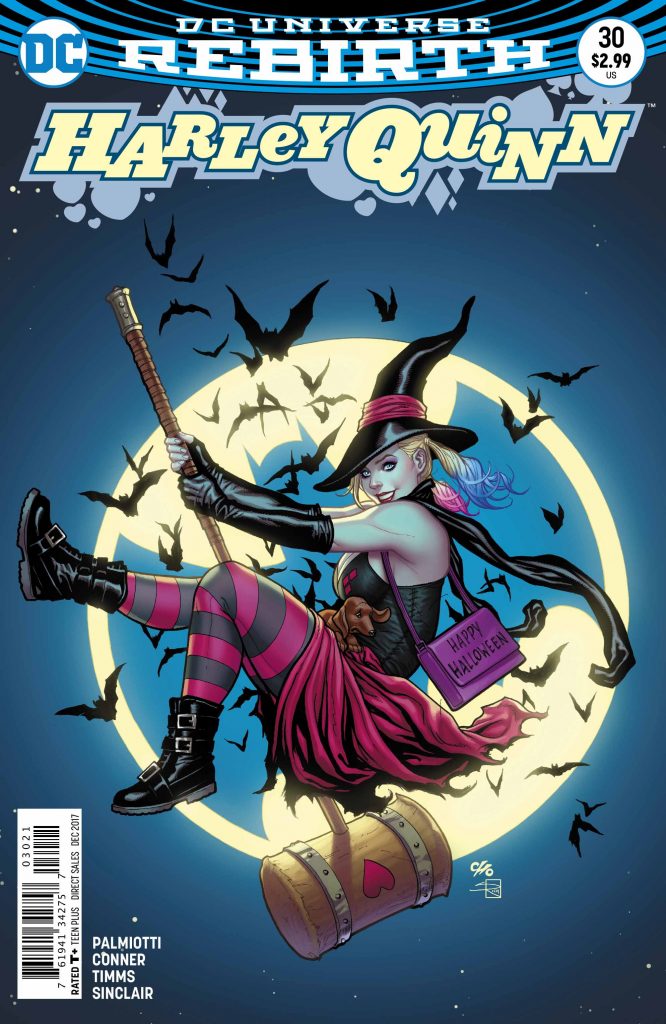 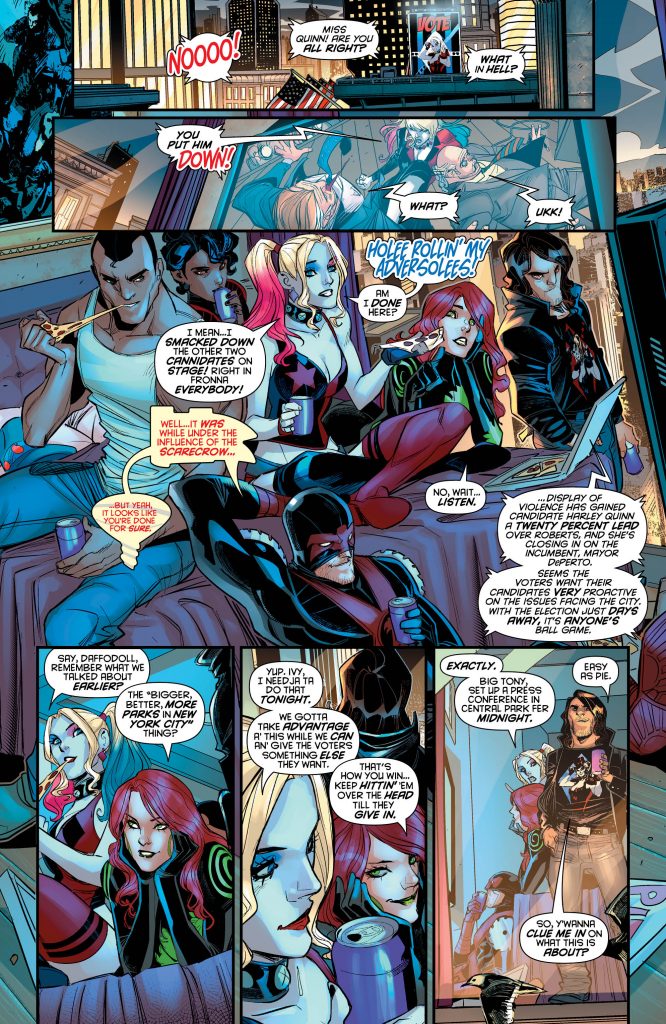 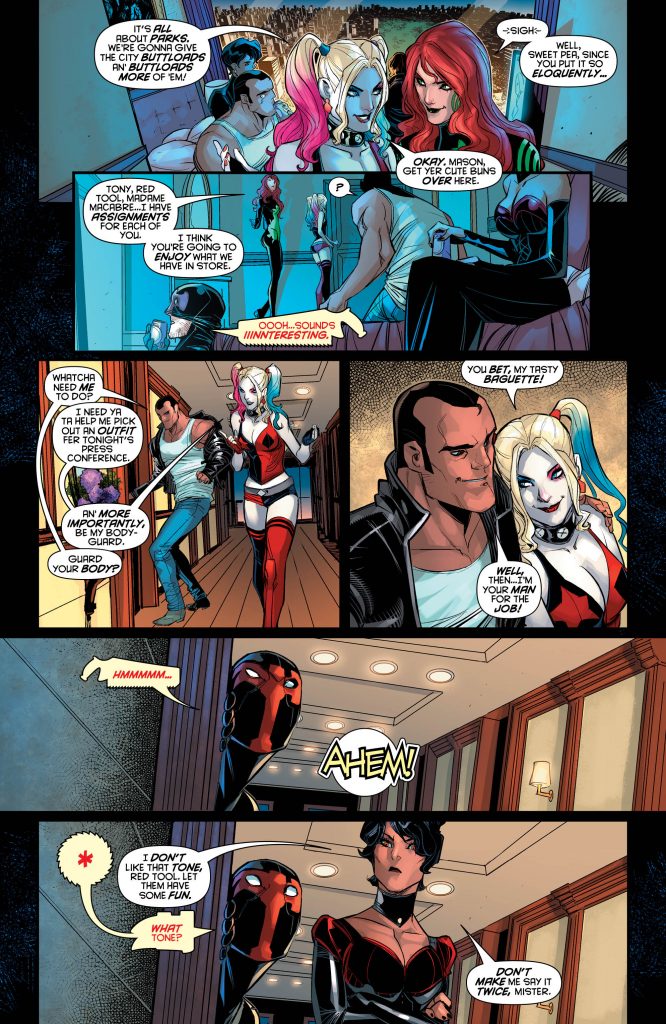 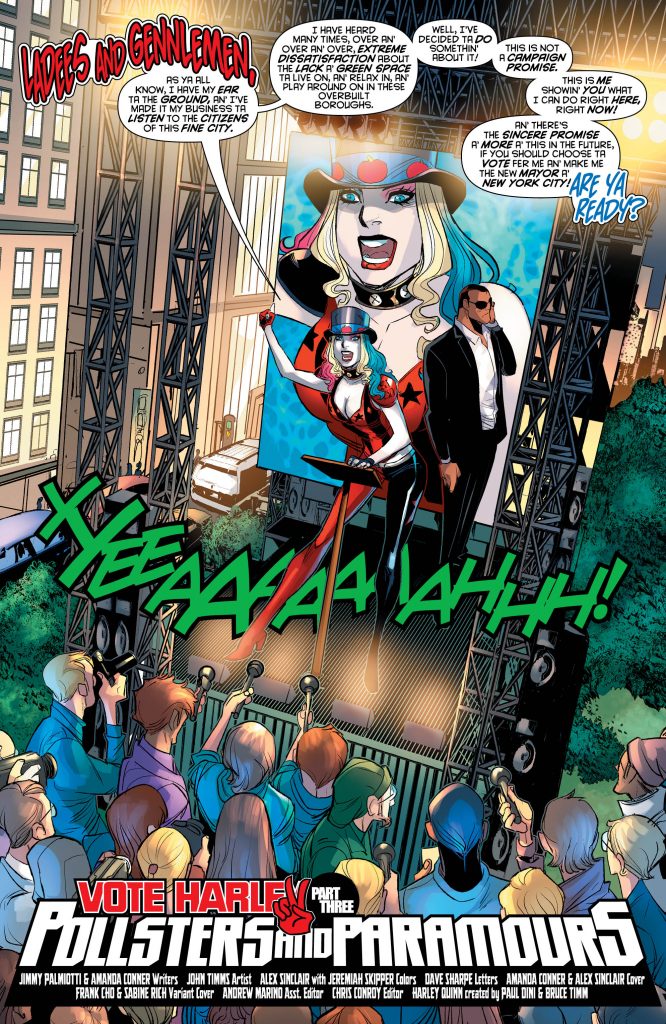 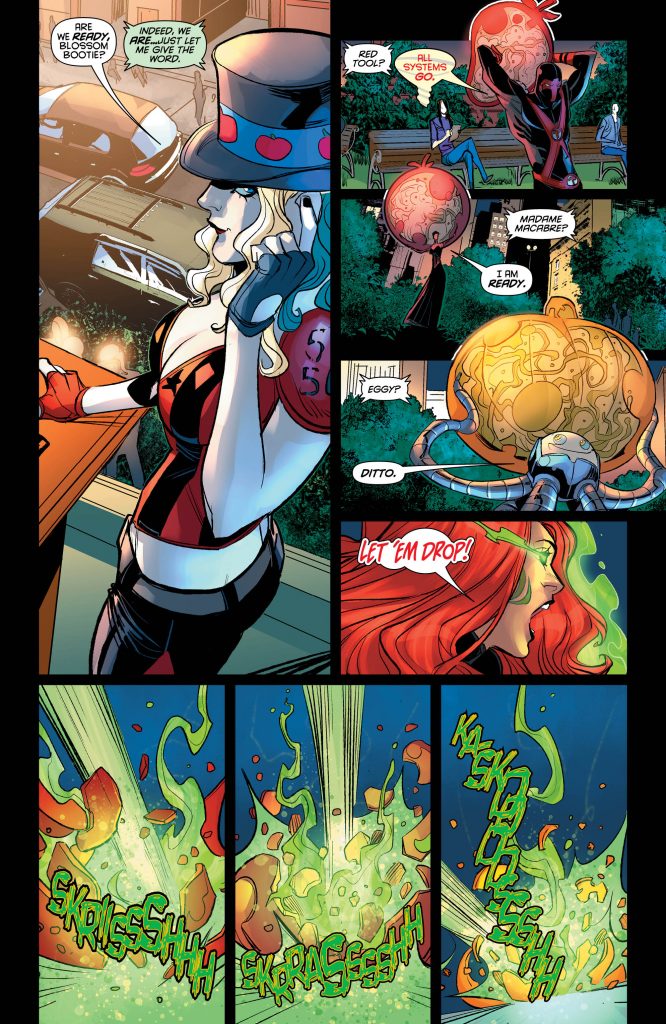 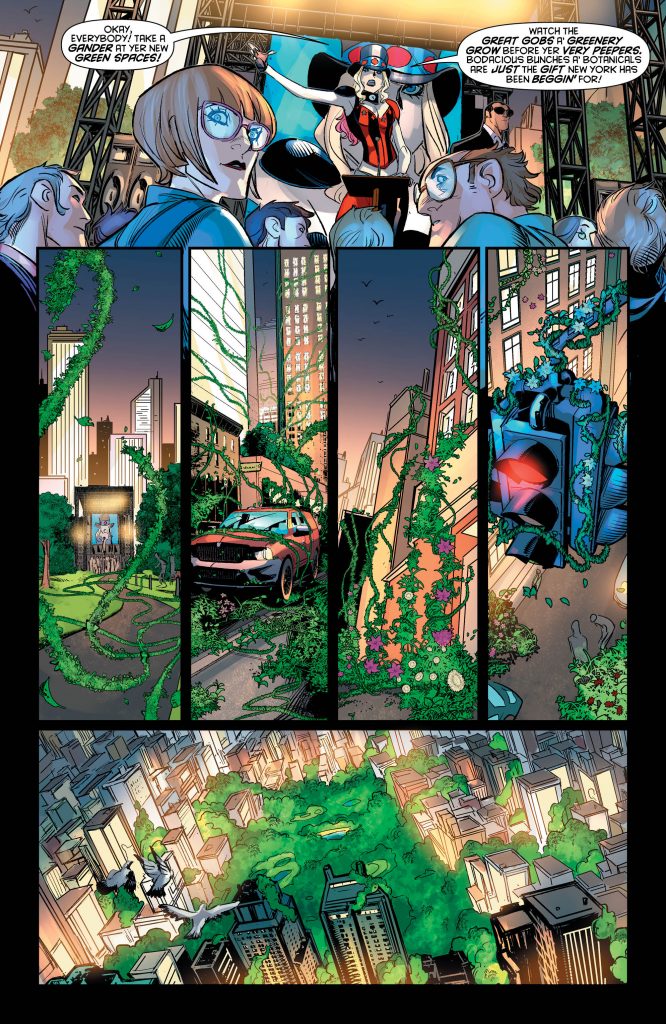 What makes this book so special is that Conner, Palmiotti, Timms, and the whole crew involved on Harley Quinn are clearly having all sorts of fun working on the book, and that joy radiates from every page. And they’re clearly not afraid to just go for it, no matter how madcap or seemingly “out there” the plot is. Harley running as mayor? It may seem kooky town, but the team makes it work and embraces the conceit of Harley and her world–no notion is off the table. Of course, Conner and Palmiotti have been at the reins of Harley’s flagship title for some time, so if there’s anyone we’re going to trust to do right by the character, it’s them. Also, I’d remiss if I didn’t comment on Timms’ linework. More of this please! Keep him on Harley Quinn and give the man more books!

Harley Quinn #30, written by Jimmy Palmiotti and Amanda Conner with John Timms on art, is on sale Wednesday, October 18th, from DC Comics.

“Vote Harley” part three! Harley’s making some pretty unsavory alliances to keep her mayoral campaign humming…including drafting some of the worst villains from her Gotham City days! How will her New York friends react to that? Can they hold their noses and vote for someone who accepts campaign contributions from the Penguin?