This Wednesday, December 27th, Suicide Squad #32, written by Rob Williams with Scot Eaton on art, hits newsstands, concluding “The Secret History of Task Force X” and filled with dastardly beasts and a call to self-sacrifice. But it’s the Suicide Squad we’re talking about here. Will any of the members of the motley band be able to take that step? Check out these preview pages DC Comics was kind enough to share! 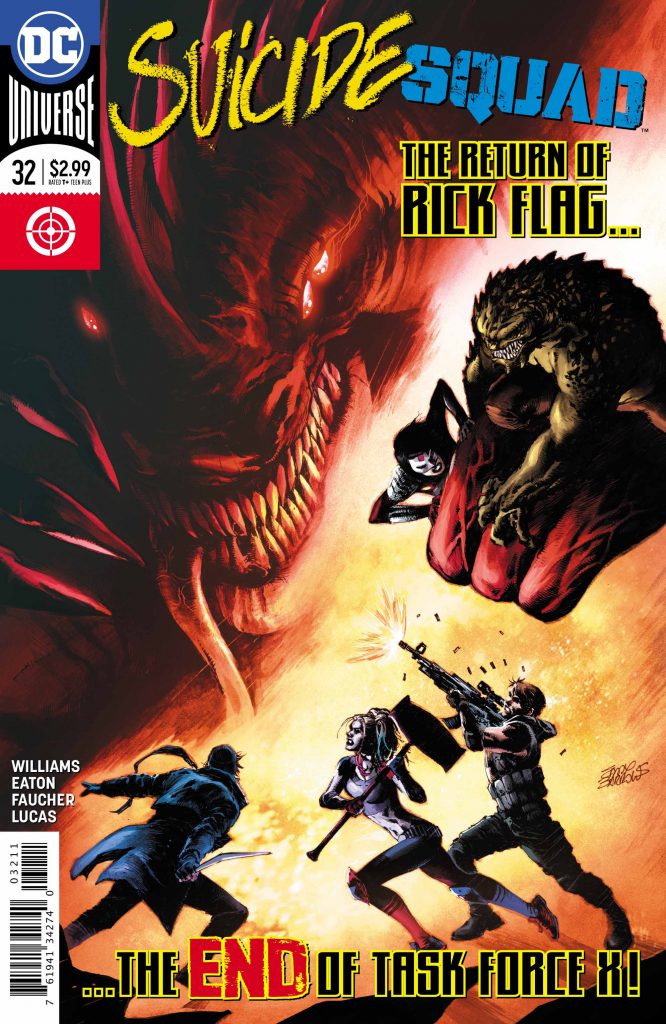 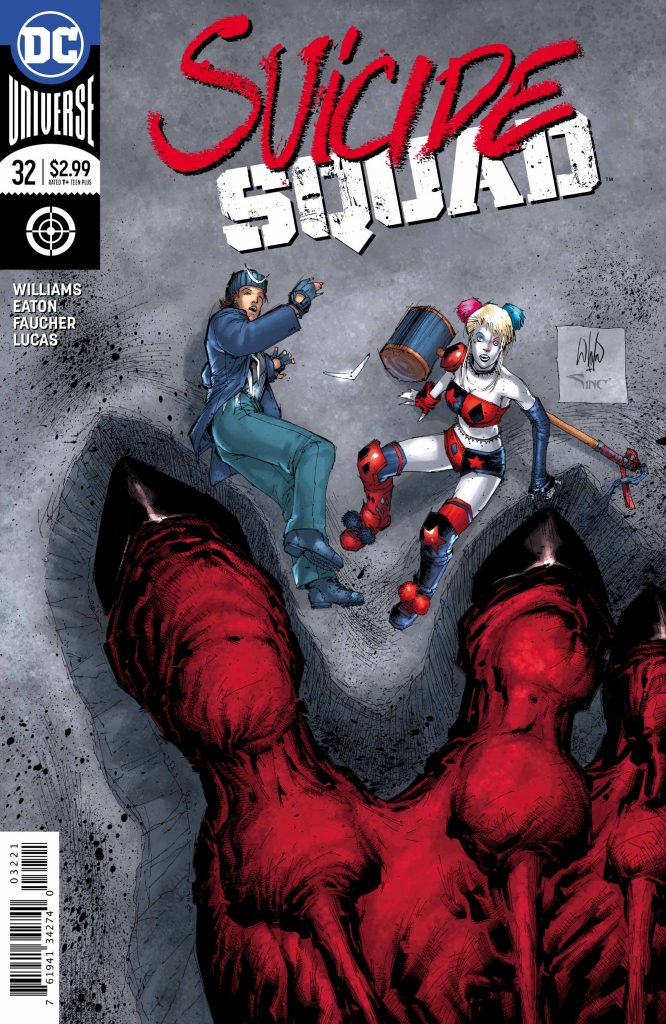 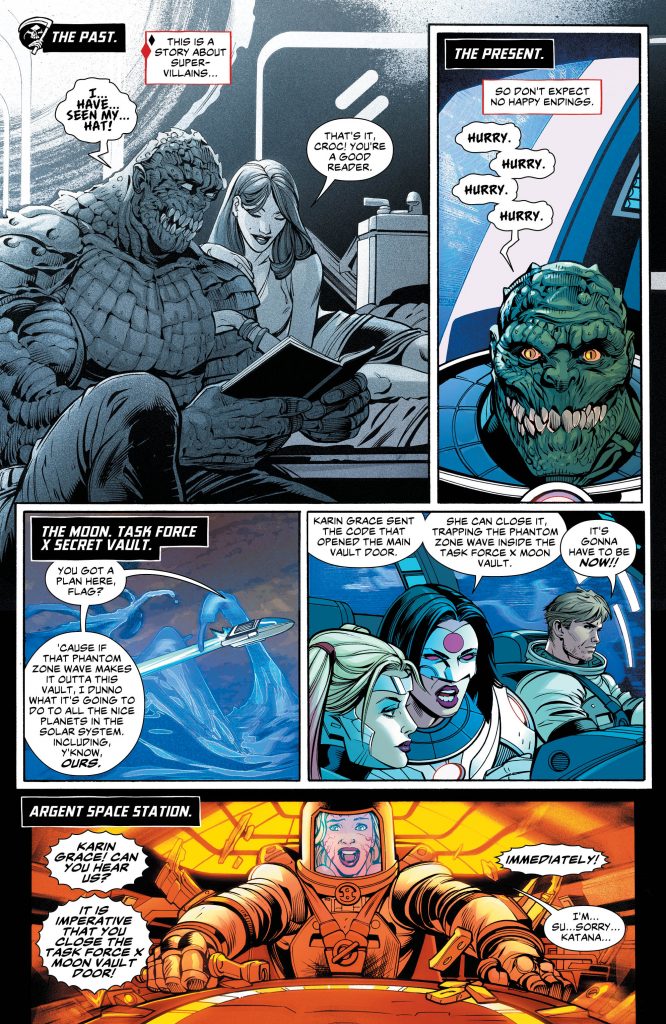 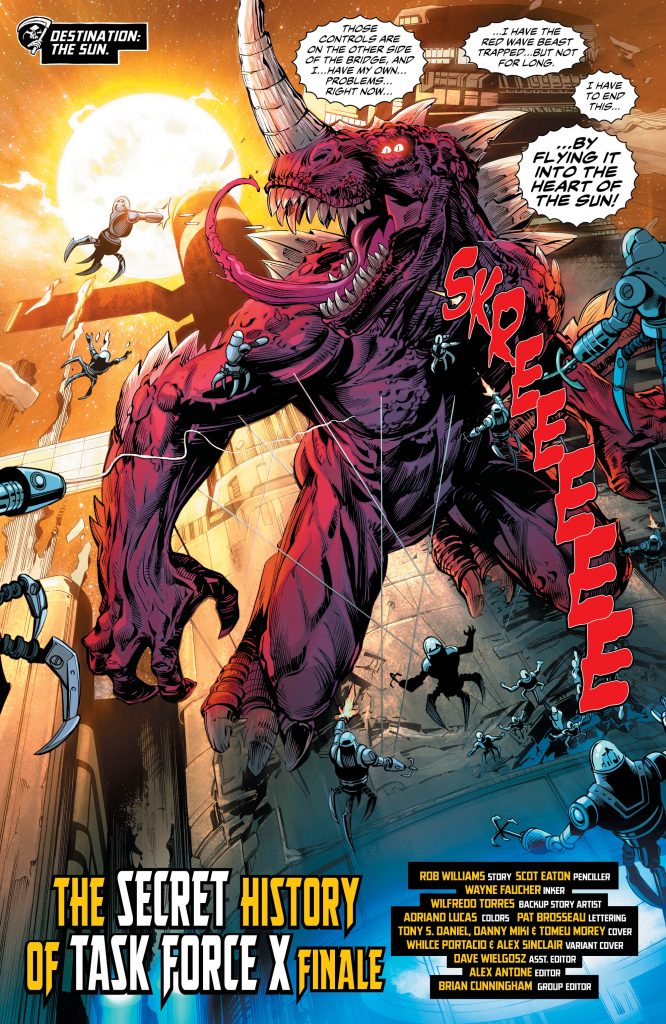 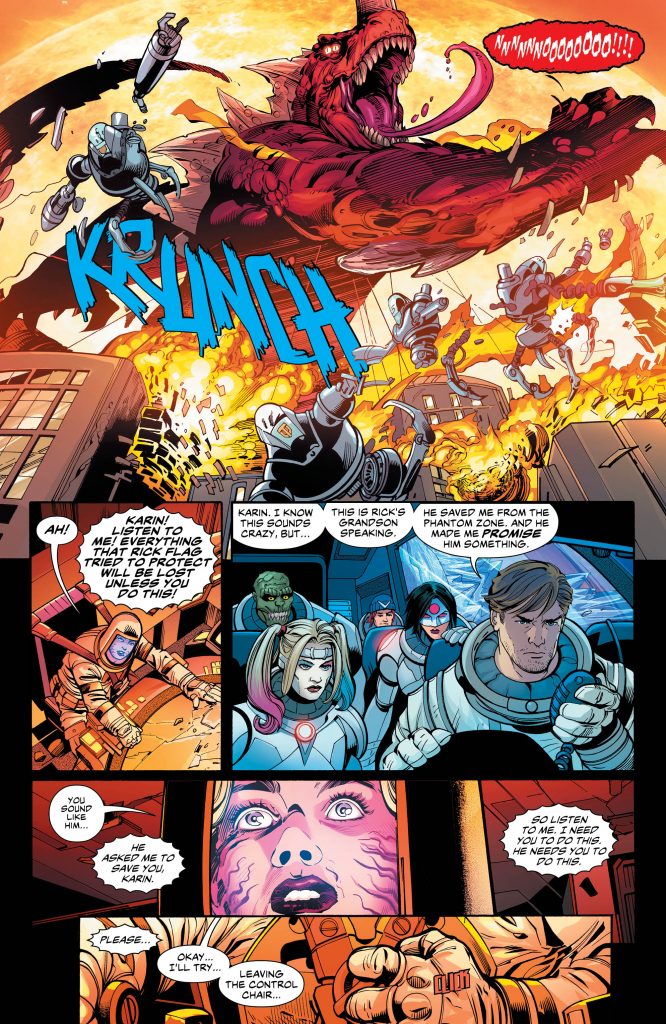 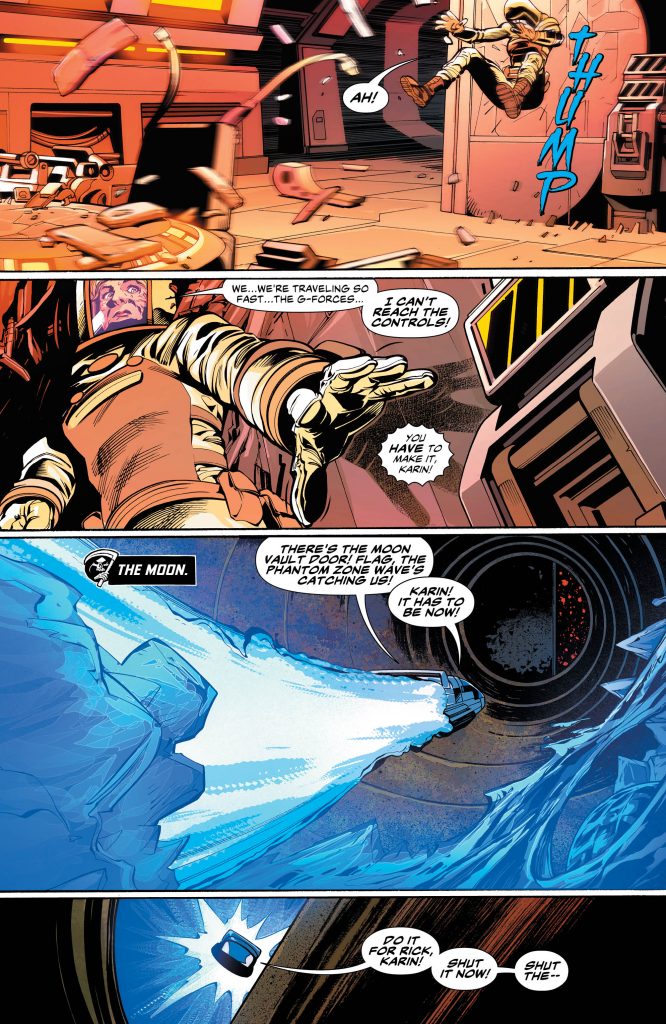 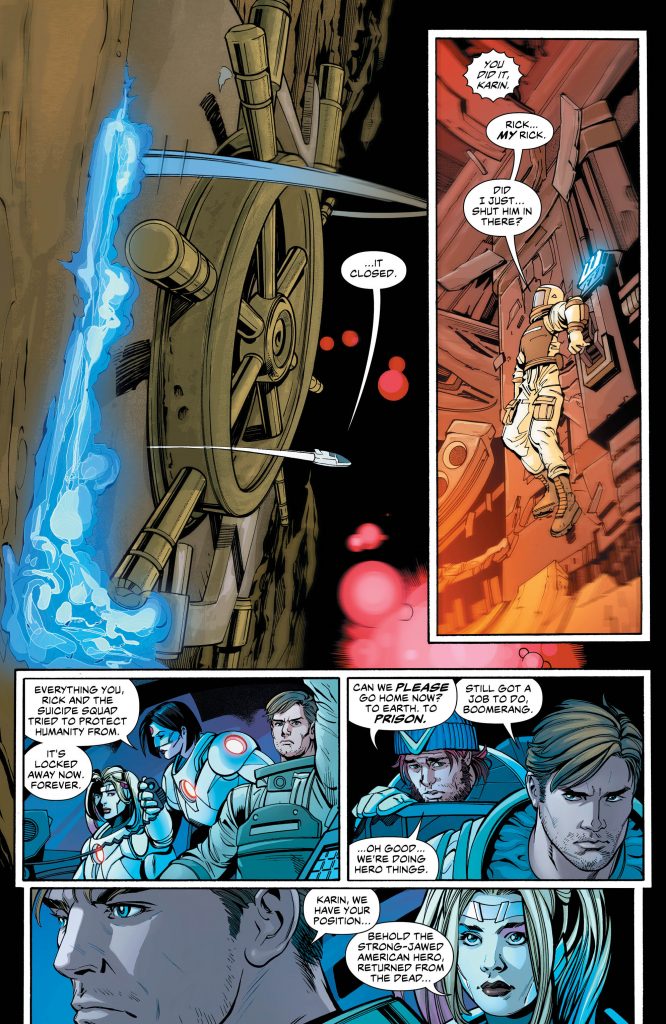 The action pieces that Williams and Eaton bring to the table are on point, but, just as importantly, the comics team produce character moments that both land and are often sweet and heartwarming. From Harley’s barely-contained skepticism about Flag’s return to Croc learning to read, Williams and Eaton know how to tug at the heartstrings, even in a story with a Phantom Zone and a red beast.

“The Secret History of Task Force X” finale! With the future of the entire world hanging in the balance, the Suicide Squad must find a way to send the unstoppable Red Wave beast into the sun and destroy it once and for all…the only problem…one of their own needs to go with it. Can anyone in this gang of scum and villainy overcome their self-serving nature and make the ultimate sacrifice for the good of mankind? Find out in the stunning finale to this game-changing story arc!