A couple weeks ago, Ben Affleck, who will both star in and direct Warner Bros.’s new Batman film, tweeted a tease of someone under the mask playing DC Comics’ own Billy Badass, Deathstroke the Terminator. While Affleck later confirmed that Deathstroke would indeed make his presence known in his upcoming Bat-flick, we still had no clue who’d be donning the mercenary’s oranges and blues.

Until today. The Wall Street Journal has reported that Geoff Johns, DC Entertainment’s president and chief creative officer, confirmed today that not only will Deathstroke be a thorn in the Dark Knight’s side, but he’ll be played by Magic Mike and True Blood star Joe Manganiello. 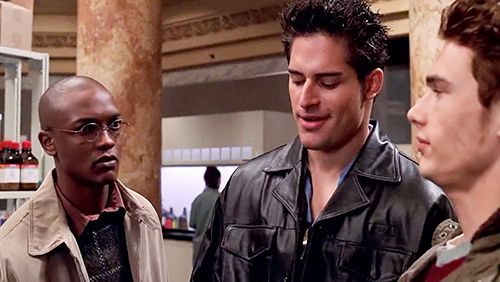 Manganiello isn’t exactly the first person who would come to mind if I were dream-casting Deathstroke, but the choice makes sense. He certainly has the physicality to portray Deathstroke and his past performances indicate that he can summon the cunning menace that the villain brings to the table.