We’ve seen a variety of entry points and angles used in DC Comics’ recent adaptations of beloved Hanna-Barbera cartoons. Future Quest is staying pretty close to the original source material, despite the mish-mash of folks such as Jonny Quest and Space Ghost having never met prior to the series. And while, at first glance, writer Ken Pontac’s Wacky Raceland might feel like a huge swing shift from the classic cartoon Wacky Racers, the craziness is still there, albeit with a bit more grown-up slant.

I spoke with Mr. Pontac recently about the genesis of the series, the reason behind the tonal shift in the characters, and why he wanted the characters and their backgrounds to reflect today’s society.

FreakSugar: What was your first gateway into the Hanna-Barbera cartoon universe?

Ken Pontac: I’m old enough that I was able to watch the original cartoons when they aired in the 60’s. I was completely sugared up and spinning in my chair while grooving on Johnny Quest, The Impossibles (my favorite), and, of course, Wacky Racers. Speaking of “gateway,” sugar is kind of the gateway drug for kids, and this was back in the day when the cereal mascots could have their own cartoon shows; essentially a half hour commercial to be seamlessly enjoyed while consuming the very thing being advertised. Ah, it was a simpler time!

FS: What is it about characters like Dick Dastardly, Muttley, and the rest of the gang that drew you to telling their stories?

KP: Well, in the original series the characters were very uncomplicated, to the point that they were practically archetypes. And, as such, you have a really blank canvas upon which to build layers of detail, history, etc. For instance, we all know that Dick Dastardly is an enormous jerk, but why is he such an enormous jerk? Issue #2 delves into his backstory, where we see him make some horrible choices that impact the rest of his life. We also find out that he was a concert pianist before the apocalypse. Who knew? 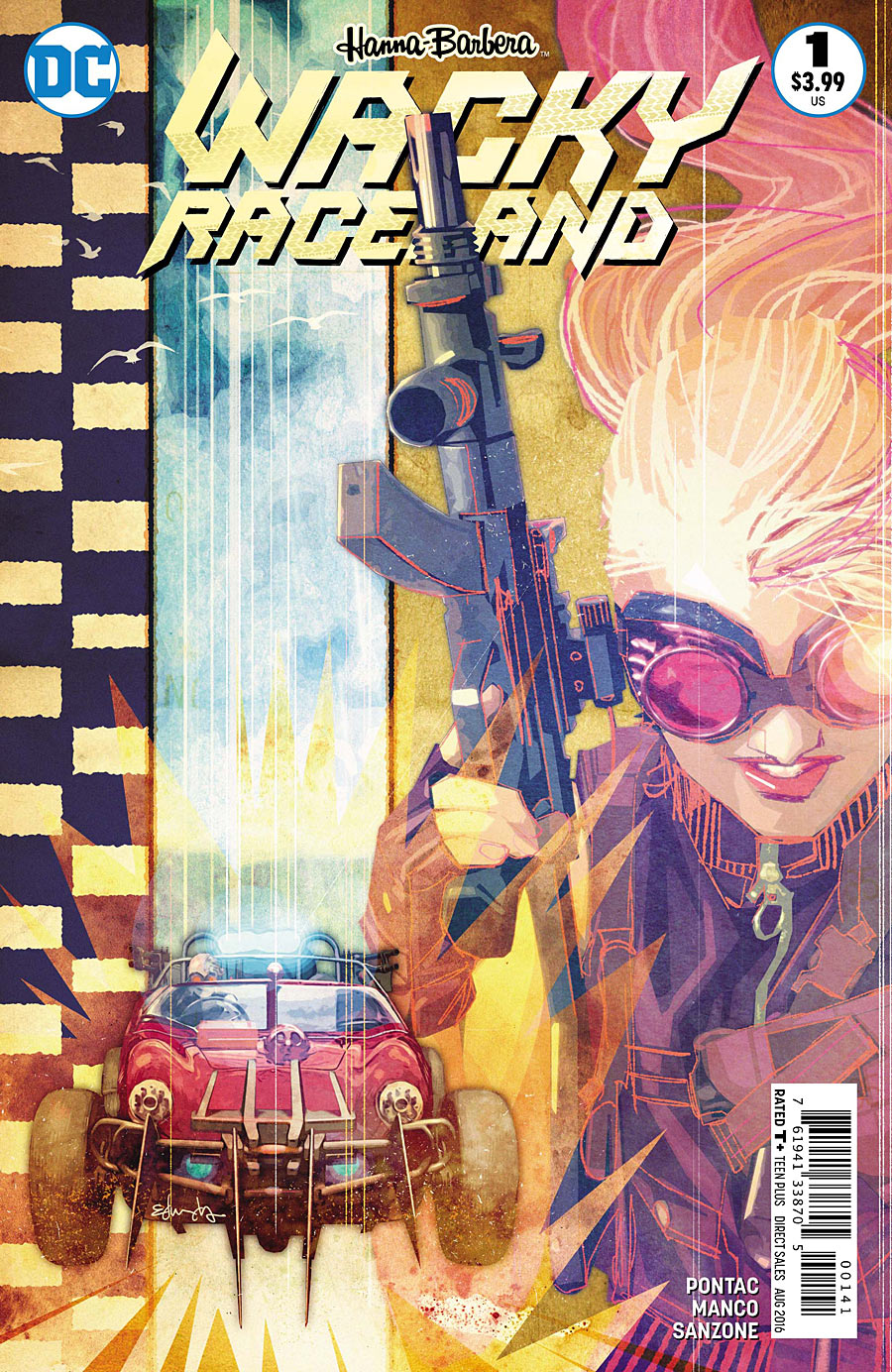 FS: For folks who might be considering giving Wacky Raceland a read, what would be your elevator pitch?

FS: The tone of the book is decidedly different than what we saw in the original cartoons growing up. I imagine you get posed this question quite a bit, but what made that tonal shift appropriate for the story you want to tell?

KP: Whoa! Slow down there, buddy! Nobody’s ever accused me of being appropriate!

Seriously though, the tonal decision was made before I was approached to write on the book, and Dan Didio, with whom I’ve worked with other projects, figured I was the right man for the job. On the animation shows we’ve worked on in the past I was always the guy who did the “funny yet dark” stuff, which is what I’ve tried to bring to this book. 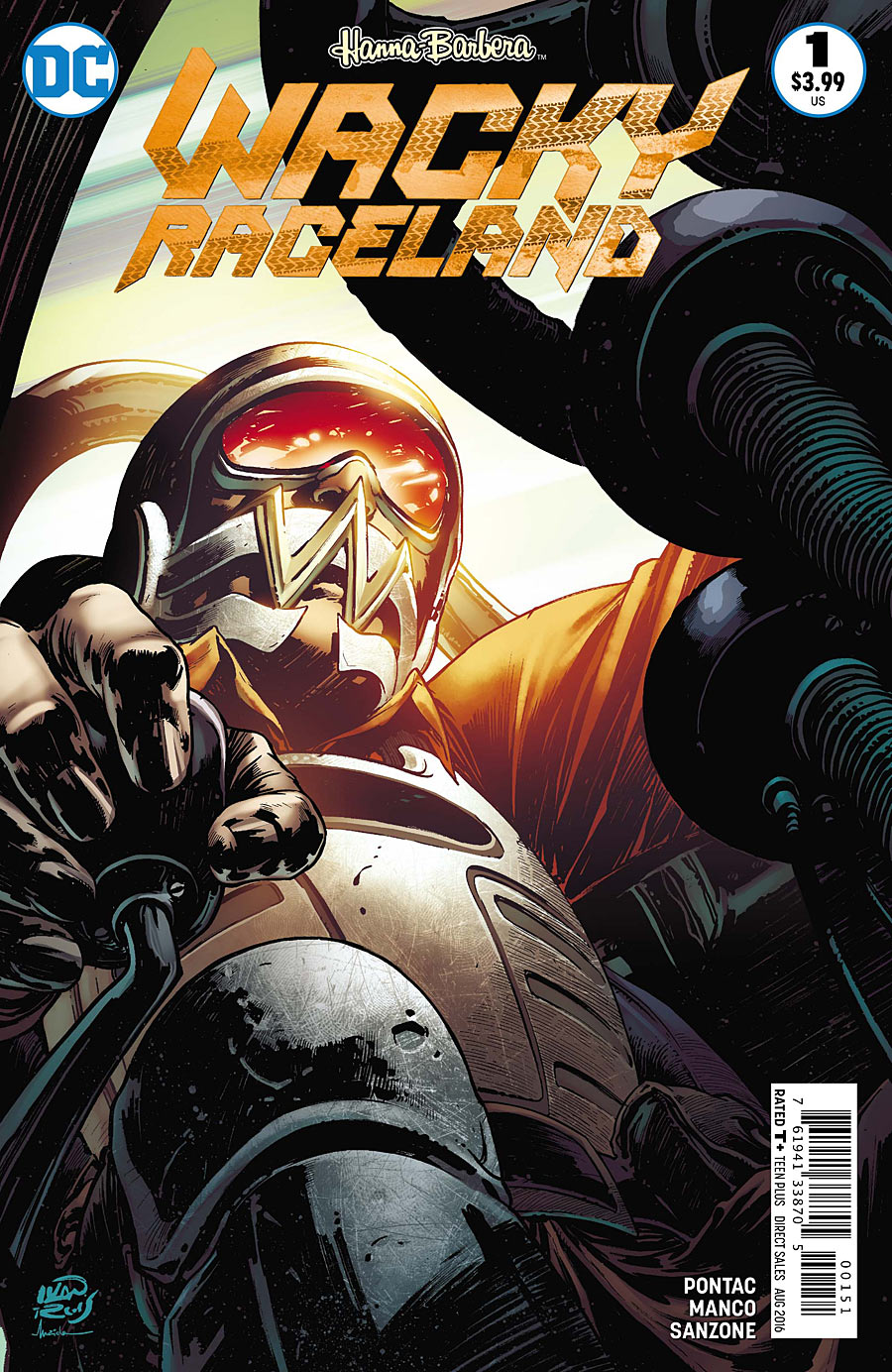 FS: Were there any particular characters you really wanted to tackle to reimagine?

KP: Not at the beginning, but as I write the book I’m definitely acquiring some favorites. The transgender character Sergeant Blast gets into some interesting conversations with racist redneck Red Baron. Penelope kicks ass so hard that her lines make me smile. When she’s threatened by a multi-headed mutant, for instance, she says, “Only problem with conjoined freaks is which spleen to rupture first.” The relationship between the alcoholic Lazy Luke and his car, the Arkansas Chuggabug, is always a pleasure to write. Luke knows he’s living in a nightmare and deals with it by numbing his brain with cheap hooch. Kind of like certain writers do.

FS: With this tonal shift, how important was it for you to ground the characters in who were they were so that, no matter the change in trappings, readers could still recognize them?

KP: I wanted there to be a connection between the old and the new, but only on a basic level. The original cast was a bunch of white (and probably straight) guys and one damsel-in-distress. That doesn’t reflect today’s reality, much less tomorrow’s. Now they’re multi-cultural, straight, gay… Sergeant Blast has become a transgender woman. I even ran some of Blast’s lines past a few of my friends in the LGBTQ community and they kept me straight (so to speak). 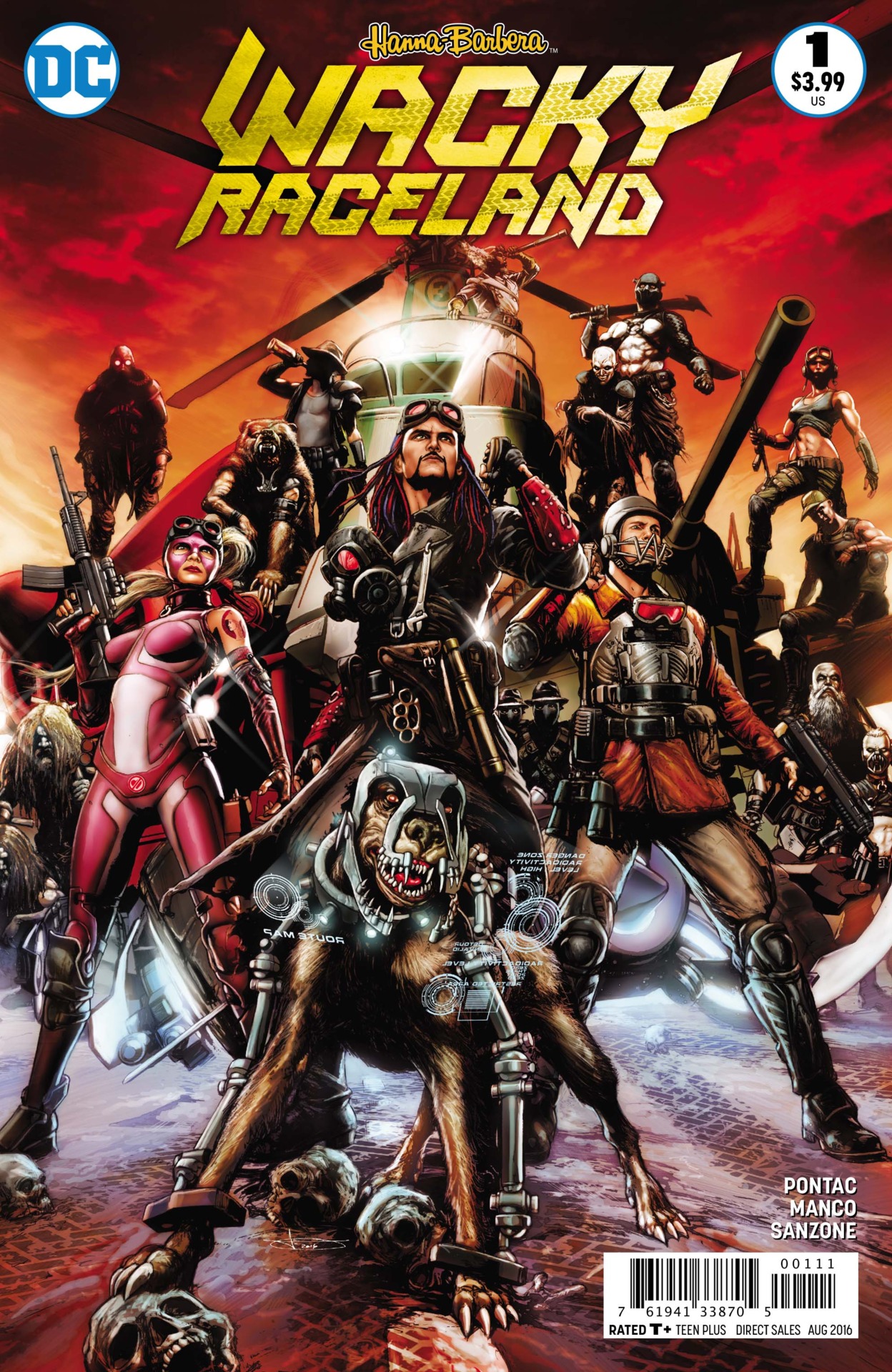 FS: What can you tease about what we might see from the book down the line?

KP: Every issue from #2 on will feature the backstory of a specific Racer, intercut with whatever is happening in the current race. I mentioned Dick’s story in #2, which has a scene so powerful that I built the entire issue around it. Penelope’s story in issue #3 is extremely poignant (especially for anybody with daddy issues), and then in issue #4 we lighten it up (a little) when the gang goes to the radioactive ruins of Las Vegas for some R&R. Leonardo Manco sent me a character design for Neon Caesar, who is one of the casino-based gang bosses who run the town, and it was so amazing my wife wants to frame it. Leo’s work on this book has been stellar, and is worth the price of admission all by itself. Of course, I think the stories are pretty cool, too!

Wacky Raceland #1, written by Ken Pontac with Leonardo Manco on art, is on sale now from DC Comics.