Life can feel monotonously linear at times. We wake up, trudge to work, eat, sleep, repeat. However, illustrator Marcellus Hall challenges that view of life and beckons us to look at life in a different way in his lyrical, sometimes ethereal, always lovely new graphic novel Kaleidoscope City, on sale Tuesday, March 6th, from Bittersweet Editions. Hall weaves a story that could have happened yesterday, ten years ago, or right now, following one man’s experiences with New York City, showing how pieces of life don’t always merely exist in a single space and time. Life is both messier and prettier than that.

Mr. Hall spoke with me recently about the conceit of Kaleidoscope City, how his experiences as a musician influenced how he approached his story, and how life is often not always what it seems.

FreakSugar: For folks considering picking up the book, what is the conceit of Kaleidoscope City?

Marcellus Hall: The central conceit of Kaleidoscope City is that life is not a series of actions or car chases, rather it is a way of seeing the world. It’s my hope that Kaleidoscope City offers another perspective. 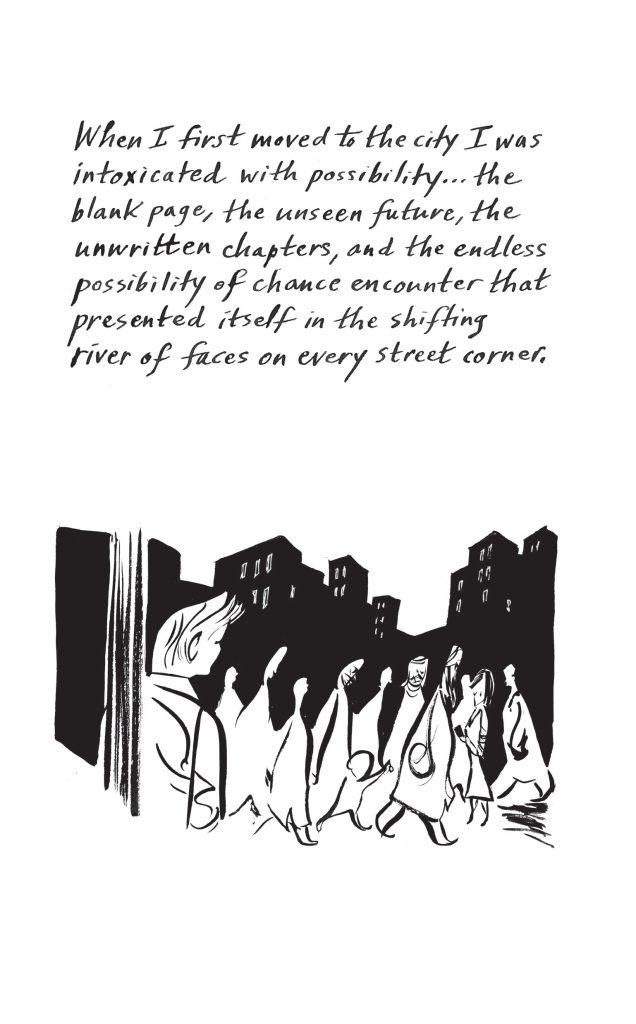 FS: While reading the book, it felt clear that this was a story that had been gestating for a while. How would you describe the genesis of the tale?

MH: The idea for the book grew organically… I would almost say that it has been with me ever since I landed in New York City and I have been producing iterations, or rather versions, of the book as my career has progressed. All are variations on a similar theme. It’s even possible that my music and lyrics are part of this theme. Was it Maya Angelou or Elvis Costello who said that all artists basically make variations on the same theme throughout their career?

There is a certain connection between the city and an individual, sometimes fraught, sometimes not, that I am exploring. The changing nature of the city and constant flow of the rivers that surround it, to me, reflect something intrinsic to life. 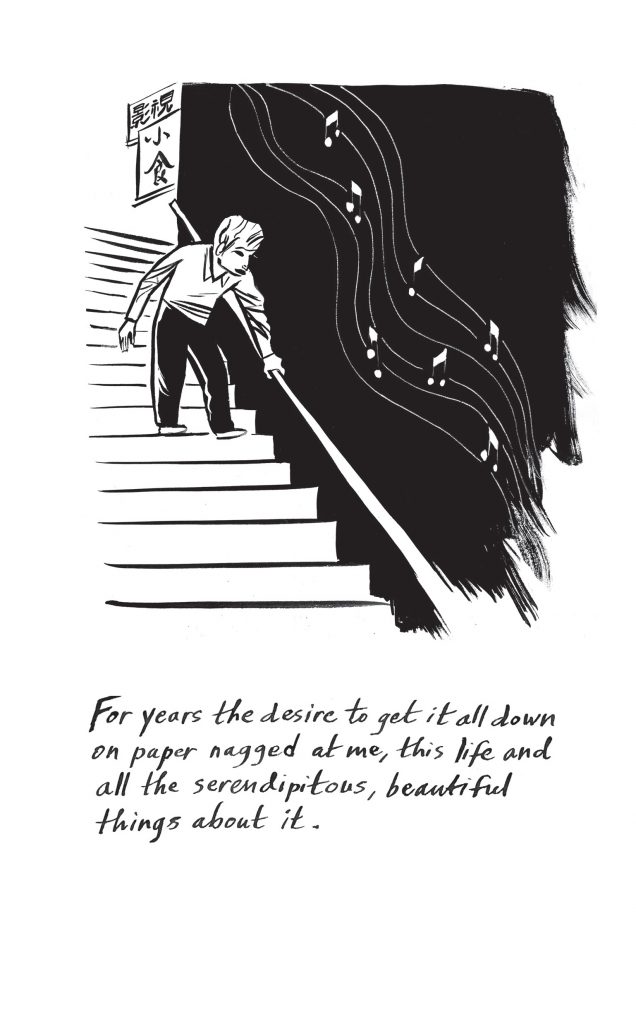 FS: Much of the book has an almost lyrical quality to it, in prose and in illustrations. In addition to being an artist, you’re a musician by trade. Did your experience as a musician shape how you approached the look and telling of the book’s story?

MH: I think so, yes. The rhythm of a song I liken to the rhythm of the pages of a book. Also there is something about the musical characteristics of language that appeal to me in writing lyrics, of course, and in making the text for this book. 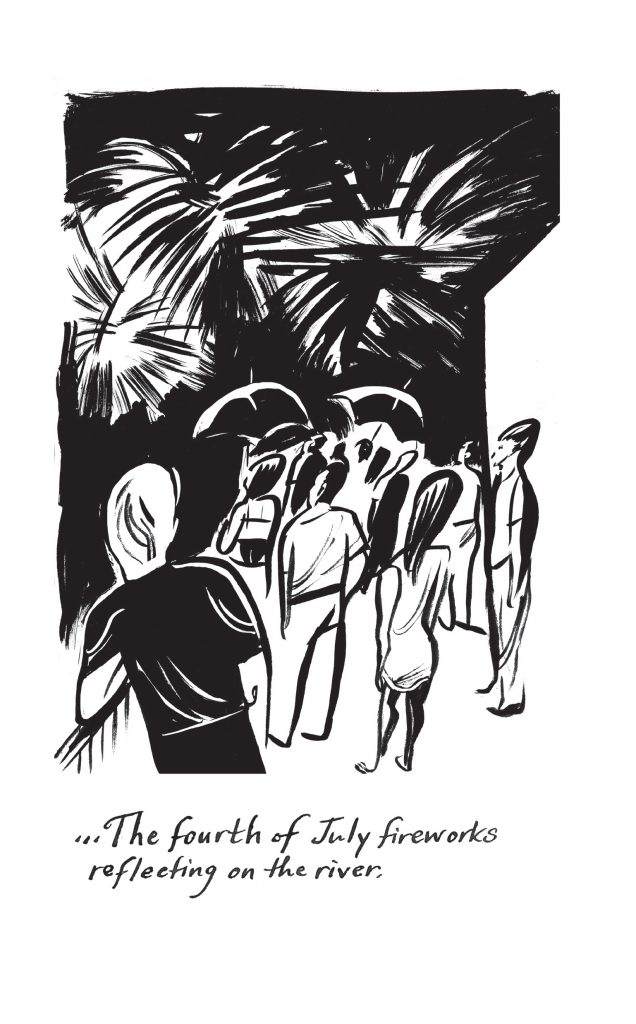 FS: Following up on that, there is an often surreal quality to some of the snapshots you present in the book. Are there any artistic influences that have particularly impacted how you approached Kaleidoscope City?

MH: Yes, definitely. The dreamlike quality of Marc Chagal’s art has long appealed to me. I wanted to incorporate that quality into this book. It’s almost anti-comics in a way. Comics often pivot on action that is implied panel by panel. I wanted to meander like an urban flaneur or like Herman Melville does in his whale book. 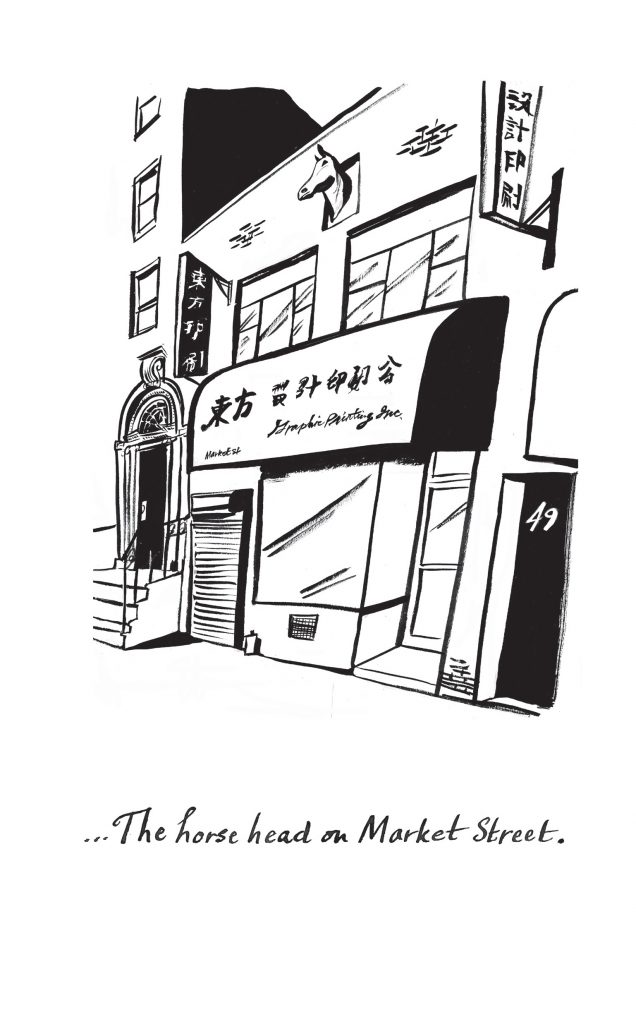 FS: The book feels deeply personal on a number of fronts. How much of your own experiences did you pull from in crafting Kaleidoscope City?

MH: I used my life as a jumping off point. Solitary walks through the city inspired interior monologues, excerpts from my notebooks were incorporated, even some drawings that directly depict a scene from my life were used. 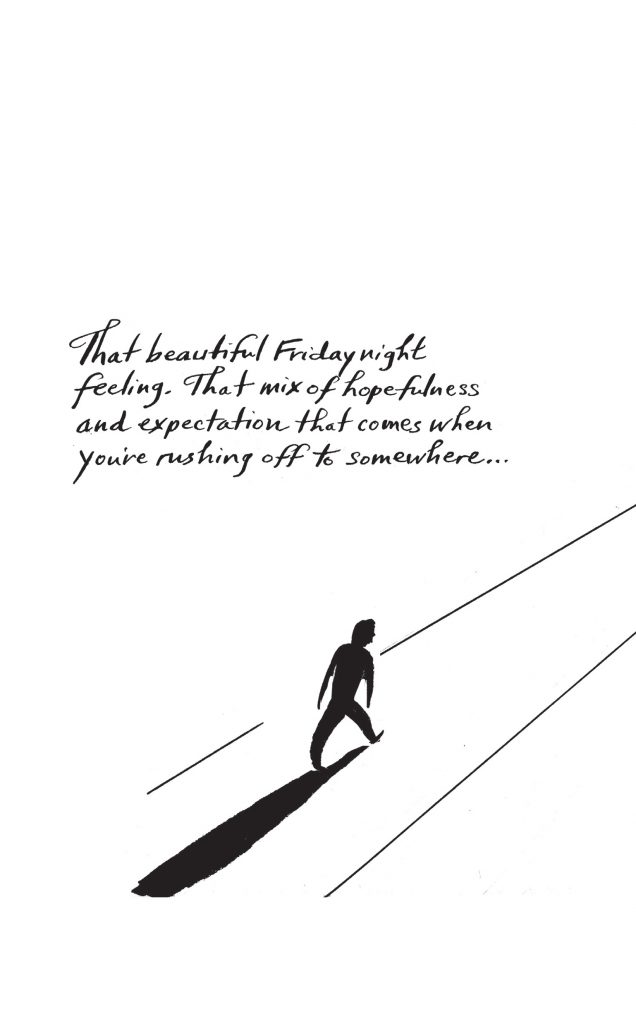 FS: What is it about New York that first enraptured you?

MH: I distinctly recall an unplanned perambulation I made at age 20 one hot summer night in New York as I waited for a connecting train to New England. I barely knew the city at the time and the way it unfolded for me as I intuitively walked in directions that appealed to me was thrilling. I’ve always sought to re-create that feeling and at times I’ve succeeded. But the fleeting nature of everything in life makes me value chance as a key component in every epiphanous experience. 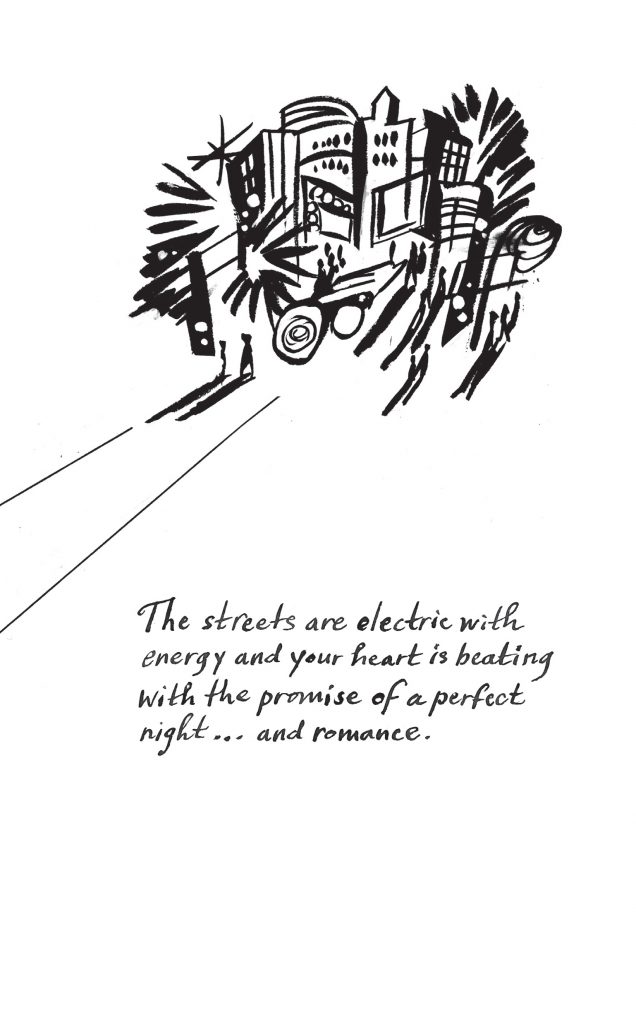 FS: Tell me if I’m off, but the name of the book is a nod to the various ways we can view New York, both in the breadth and depth of what the city has to offer and its diverse people, but what we personally bring to our experiences when we encounter the city. I found myself thinking about how this could be extrapolated and applied to our experiences with any locale we find ourselves in. Is that a fair reading?

MH: That’s fair, for sure. The city is kaleidoscopic. I am also always curious about the various interpretations one can make of anything. For example, in the book, the protagonist mishears a woman asking if he works alone as asking whether he wears cologne. The fact that nothing is ever as it seems, to me, is interesting… And important to remember when attempting to make definitive statements.

FS: As this seems to be a love letter to New York, what would you want readers to take away from their experience reading Kaleidoscope City?

MH: I hope the book can in some way alter people’s perspectives. Kind of like the Bible does. I distinctly remember an entheogenic experience in my early 20s in Minneapolis where I suddenly realized the “logic “ behind the drawings of Robert Crumb. There’s no reason why my drawings can’t make a similar impact.

Also, if you would like to meet Marcellus Hall, the creator will be in Williamsburg at Desert Island Comics for the launch and signing of his debut graphic novel Kaleidoscope City on Thursday, March 15!