Redemption is a theme that plays heavily in both comic books and noir, so melding the two to weave a hardboiled comic yarn seems natural, especially for a book exploring the past and present of the DC Comics hero the Martian Manhunter J’onn J’onzz. And in the first issue of the character’s solo series—on sale now—the creative team of writer Steve Orlando, artist Riley Rossmo. Colorist Ivan Plascencia, and letterer Deron Bennett mix equal parts of hardboiled aesthetic, otherworldly unfamiliarity, and dense pathos beautifully. 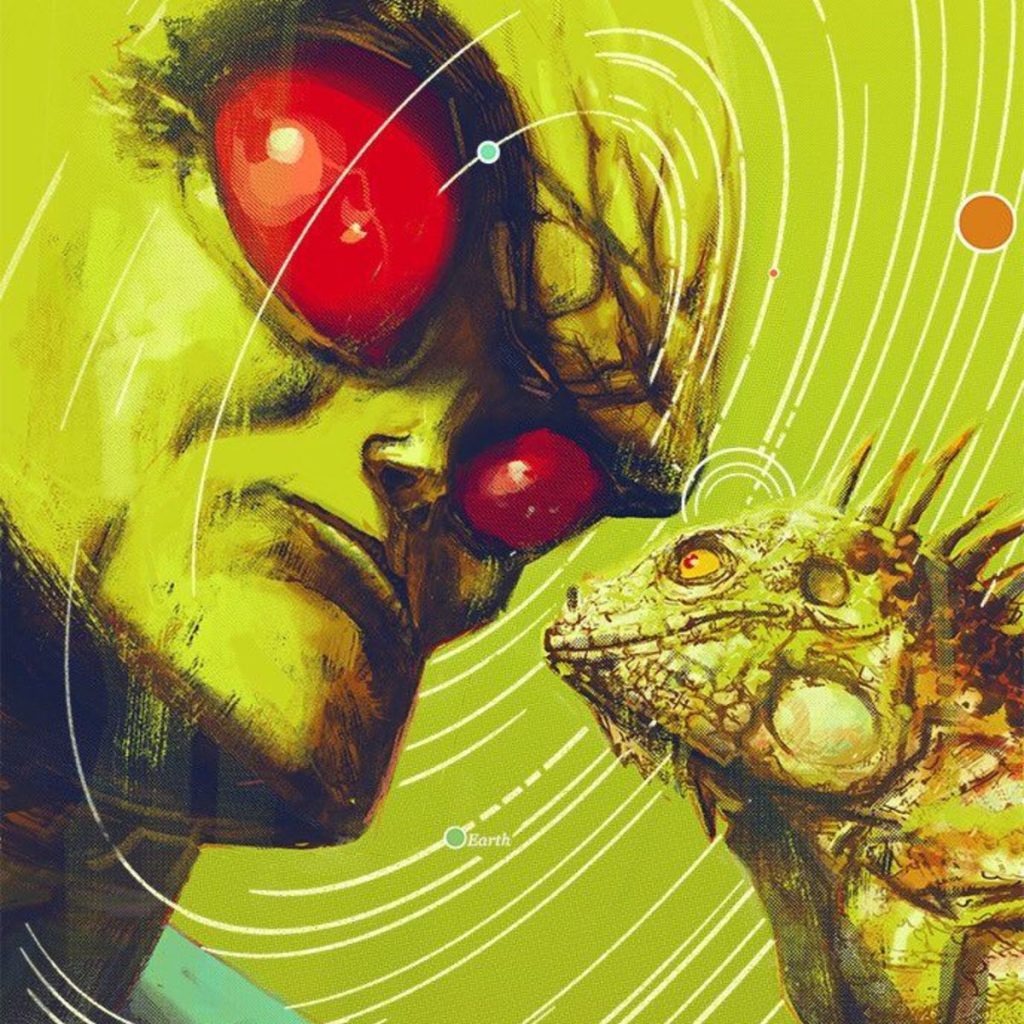 While we traditionally have known in past iterations of the character of J’onn as a former manhunter—a type of police officer—when he was on Mars, Orlando, Rossmo, and company weave nuance into this tale to suggest that J’onn was not always a person on the side of light. Instead, he took advantage of his position, shaking down criminals for money, extorting them for protection. It’s clear that this brings him some form of shame, however, as he goes to great lengths to bury that part of his life from his family—all telepaths, like himself and every other Martian—deep in the recesses of his mind.

The story alternates between his far past on Mars and his more recent past on Earth, where he uses his shapeshifting abilities to pass as human Detective John Jones. This gives J’onn the opportunity to use skills he cultivated on Mars as a manhunter as well as his telepathy to get a feel for a gruesome crime scene in a way his human coworkers cannot. It’s clear that J’onn is earnest about his Earth profession, perhaps in an effort to atone for his grey-ridden past. However, images from his past begin haunting him, tied to a grisly murder of a human family, which threatens to tear apart the life he’s built on his adopted planet. 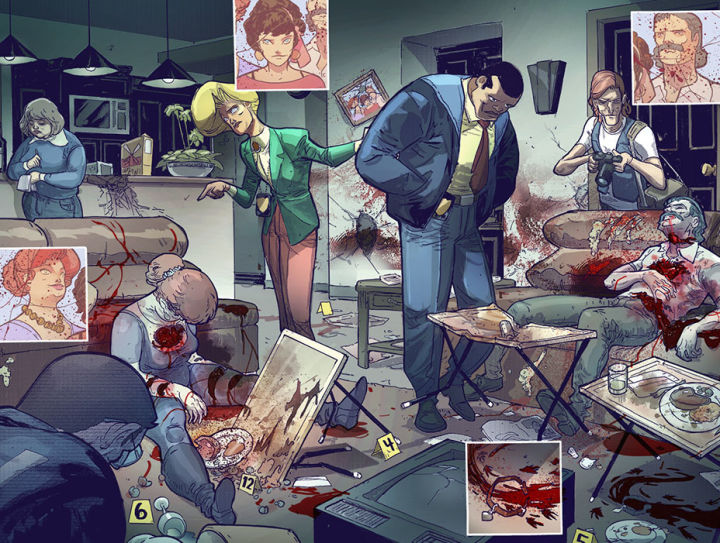 While J’onn has traditionally been presented as a detective, Orlando just goes for it, all the way, drenching both the character in Mars and on Earth in heavy, hardboiled atmosphere that begins in the first page and refuses to let up and we are here for it. There’s an air of Sam Spade all the way to Tarantino that fills the book without being derivative in the least. This is all Orlando and he absolutely is telling his own tale here. But Orlando doesn’t use the tropes of noir storytelling just for the sake of using them. He makes deliberate choices that never feel heavy-handed, but always serves the story of moral compromise and bouncing back that Orlando tale wants to tell.

A great deal of the credit for effectively using that aesthetic goes to Rossmo for his adept use of linework, whether he’s focused on Mars or Earth. The heavy detail he applies to the Martian landscape make us uncomfortable in a claustrophobic way, which matches how uncomfortable we are with the unfamiliar fashion J’onn is acting—at least to longtime readers. Speaking of claustrophobic, Rossmo renders J’onn and Detective Jones has a body language that is hunched and reined in, almost as if he’s trying to contain his true self. It’s subtle, but so effective at adding another layer as to who he is. Plascencia’s color palette is spot-on, bringing the dark and the light to Earth and Mars, respectively, as needed to set the mood. Bennett’s lettering helps to maintain those moods, emphasizing words in bold to stress the urgency in J’onn’s voice, especially during his introspection while on our planet.

Martian Manhunter #1 is a brilliant debut issue that deftly uses an atmosphere and storytelling technique that serve the story beautifully and go great lengths to reveal corners of J’onn J’onzz’s personality as yet unexplored.

Martian Manhunter #1 is on sale now from DC Comics.

No matter what you know about J’onn J’onnz, you’re not prepared for this! The acclaimed team of writer Steve Orlando and artist Riley Rossmo (BATMAN/ THE SHADOW, BATMAN: NIGHT OF THE MONSTER MEN) reteam for a reinvention of the Manhunter from Mars in this twisted, unexpected series. Back on Mars, J’onn was about as corrupt as a law officer can be, and when a reckoning comes for his entire society, he’ll get a second chance he doesn’t want or deserve! One shocking murder, and an unexpected fragment of the Mars he lost, will change his life—and the course of the Earth—forever!