Since Mike Colter’s turn as indestructible hero Luke Cage in Marvel’s Jessica Jones last year, more increasingly good news has hit the web about the future of the man with tough-as-nails skin. With his own Netflix series hitting on September 30th, Marvel has been making moves to whet fans’ appetites for All Things Luke, most recently with a trailer that hit the San Diego Comic-Con last month. Continuing that momentum, Netflix has just released a brand-new trailer featuring the sometime Hero-for-Hire. Take a gander and try not to explode from the excessive intake of awesomeness!

Luke Cage can be a difficult character to handle. When he’s been written well in his comic book tales, those stories soar, touching on action, the oppressive nature of poverty and crime, and the ability and drive to choose to attempt to make a difference. Judging from this trailer, Netflix has taken those elements and distilled them into a series that puts story to the fore, coupled with a bevy of derring-do, without being heavy-handed in addressing social issues that the series looks to touch upon.

Also, on a more goofy-fun note,  for eagle-eyed comic book fans, we got a nod to Luke’s original costume from his early appearances as a superhero.

Also, check out this new poster for the series. Mike Colter couldn’t ooze more badassery if he tried. He was born for this role. 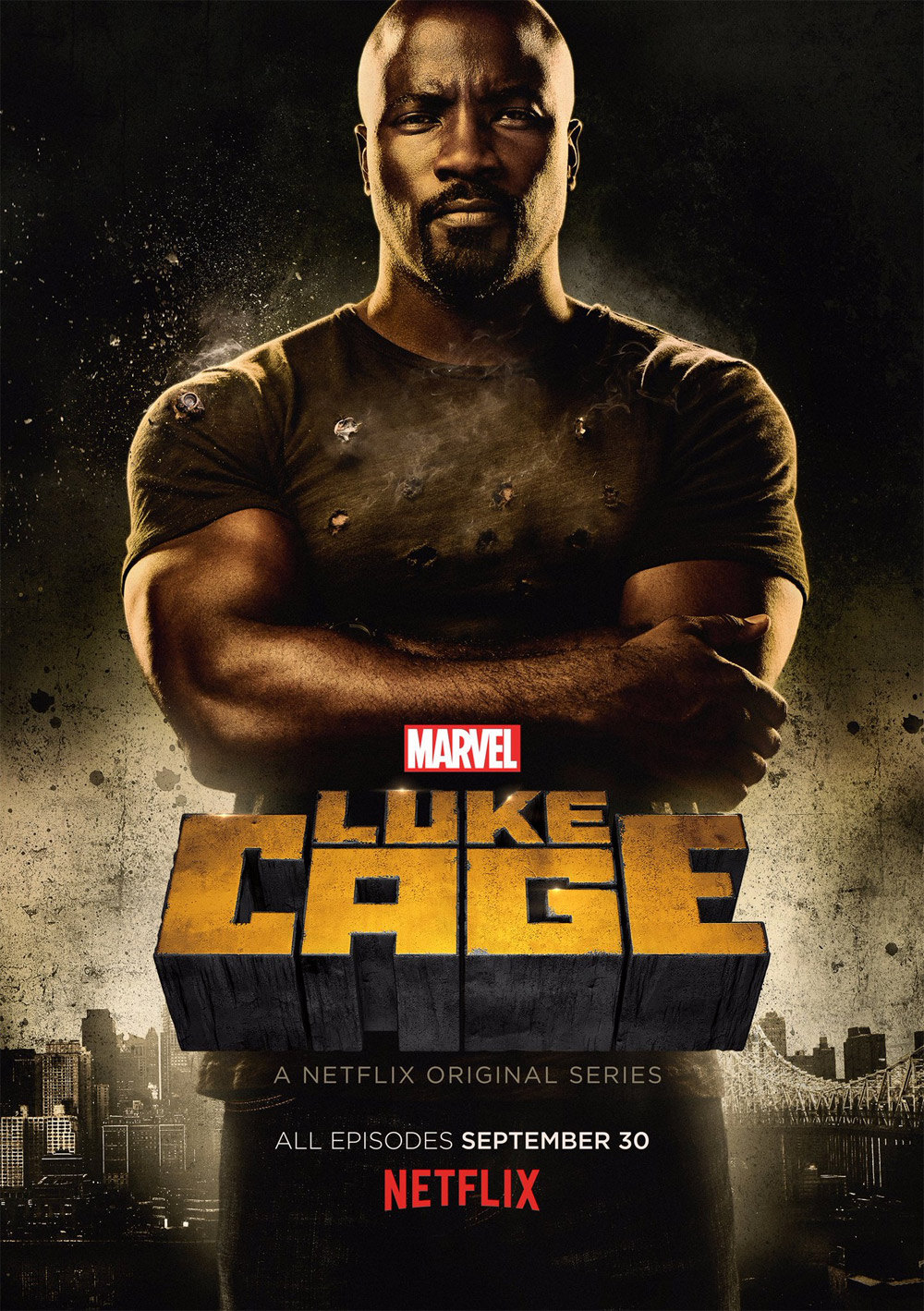