Moments ago, Nintendo finally broke silence on all things Smash Bros. related with their April Nintendo Direct hosted by Super Smash Bros. Director, Masahiro Sakurai. Right out the gate we get a release window for both version. That’s right, there’s a Wii U and 3DS game with separate dates. 3DS owners will get a slight lead with a summer release, while Wii U players will have to jealously side-eye their mobile friends until Winter. It’s a bit weird to have this much room between versions but it’s most likely to give the Wii U more room to breathe for the holiday madness (maybe we’ll even see a bundle or price drop at some point!).

The differences between the two games are pretty slight and mostly come down to stage numbers and graphics. The 3DS stages will just have a couple of music selections while the Wii U has a virtual jukebox of BMGs from all other Smash titles. Supposedly there will be some deal of crossover between the 3DS and Wii U, but Sakurai impishly shies away from how the two systems will interact while promising an update later (probably around E3).

Moving on, we get a montage of stages from a bunch of Nintendo classics. Really, the only one I care about is the Mega Man stage featuring the nefarious Dr. Wily’s skull themed castle and a nasty surprise in the form of the classic Wily boss, the Yellow Devil! The boss character can land on the screen causing a bit of mayhem. Not only does it become a major obstacle for players, Smashers can try to blow him up with repeated attacks turning it into a super smash explosion! Amazing! 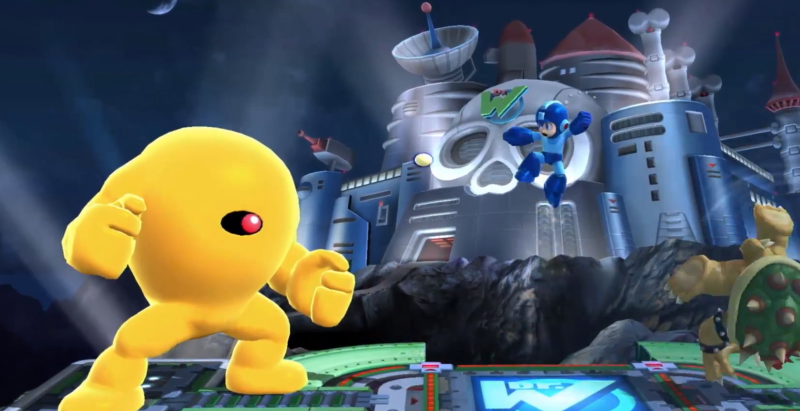 There are also stages from all the usual suspects including Metroid, Nintendogs, Animal Crossing, and much, much more. This is shaping up to be the biggest Smash Bros. in the series and frankly is looking great in motion. Nintendo still has plenty of time to hammer out content and hopefully this will turn out to be one of the best looking and playing games for the Wii U and 3DS.

Two modes of online play separate the hardcore from the casuals with “For Glory” and “For Fun” modes respectively. For Glory removes some of the zany and random elements of regular Smash, such as item drops, and limits the playing field to fan-fav, Final Destination. For Fun is more fitting for newcomers and people wanting a good time sans all the drama. This mode keeps all the mutations set to green allowing for all manner of goofy fun for which Smash is known. Keep in mind these two modes for pick up games online as you’ll be able to hook with pals in your friends list and play anyway you wish.

Of course it’s not all sunshine with online play as Sakurai reveals a moderating system that brings the ban hammer down on griefers and dirty players who manipulate connections. There will be a reporting ability to suss out trouble makers but just don’t abuse it. It’s a bit sad to see something like this implemented but maybe it’ll keep the playing fair on both sides.

Finally, there’s a huge run down of characters. Zero Suit Samus, Zelda, and Sheik have been separated into individual characters and can no longer transform. Yoshi returns and getting some slight changes. But the really big reveals are the inclusion of Pokémon favs Charizard and Greninja. Maybe it’s me but I’m seeing incredibly too many of these pocket monsters for my taste but maybe that’s my age showing. 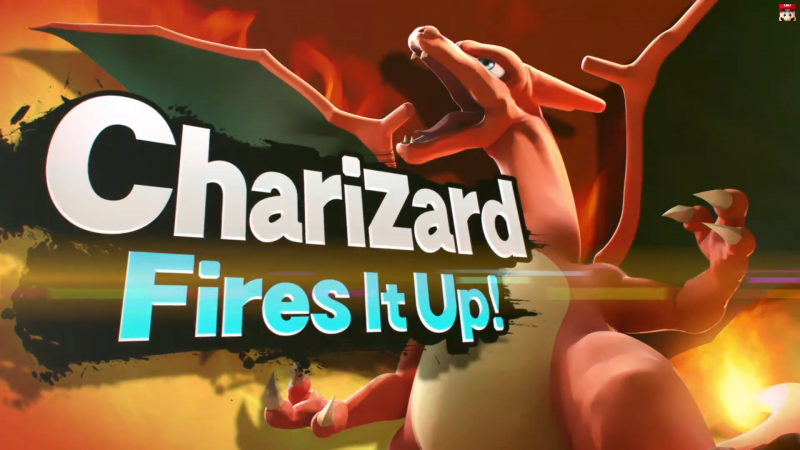 That’s really about it. If you had any doubts about this Smash Bros. perhaps this has put your mind at ease and your thumbs twitching with anticipation. For the full Nintendo Direct check it out right here.