My last few weeks have been kind of wild with social activity. I attended the live show for Whose Line is It Anyway? with family, then, just for me, the “Back in The Habit” world tour for true crime/supernatural sensation The Last Podcast on the Left.

Saturday evening, I took in a screening and Q&A for the newest movie by writer/director David Giancola, Axcellerator, at the Full Moon Cineplex. You may not be immediately familiar with Mr. Giancola’s work but he made Time Chasers, which was featured on an early episode of Mystery Science Theater 3000. 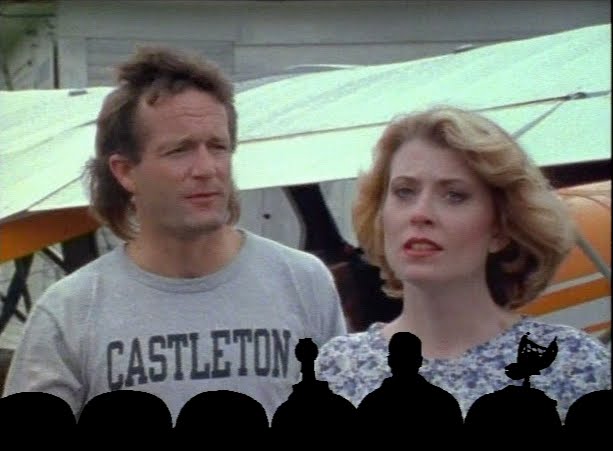 I could honestly kind of go on and on about Time Chasers and why it perfectly illustrates, in a positive way, a lot of what’s wrong with Hollywood and why, during that episode of MST3K, I nearly switched sides and started rooting for the movie.

Axcellerator, in many ways, is like Time Chasers. It centers around a sort of unspoiled, although not necessarily idealistic set of protagonists who through fantastic technological means runs afoul of the powers that be. The very literal MacGuffin in Axcellerator is, let’s call it, a lightsaber-like device that teleports the operator via some sort of energy surge to the location of their most urgent desire. The device seems to have a recharge or recalibration period and may also be more responsive to operators who are experiencing high levels of stress.

In the midst of that stress is pizza delivery guy Dane, played by Ryan Wessen, and Laura James’s retail sales associate, Kate. Having just attended his father’s funeral in Miami, Dane inadvertently encounters the Axcellerator’s creator and is tasked with playing a game of cross-country keep away from well-intentioned and nefarious authorities played by the iconic Sean Young, John James (more on him later), and Maxwell Caufield (NCIS, Modern Family, and Rex Manning in Empire Records). 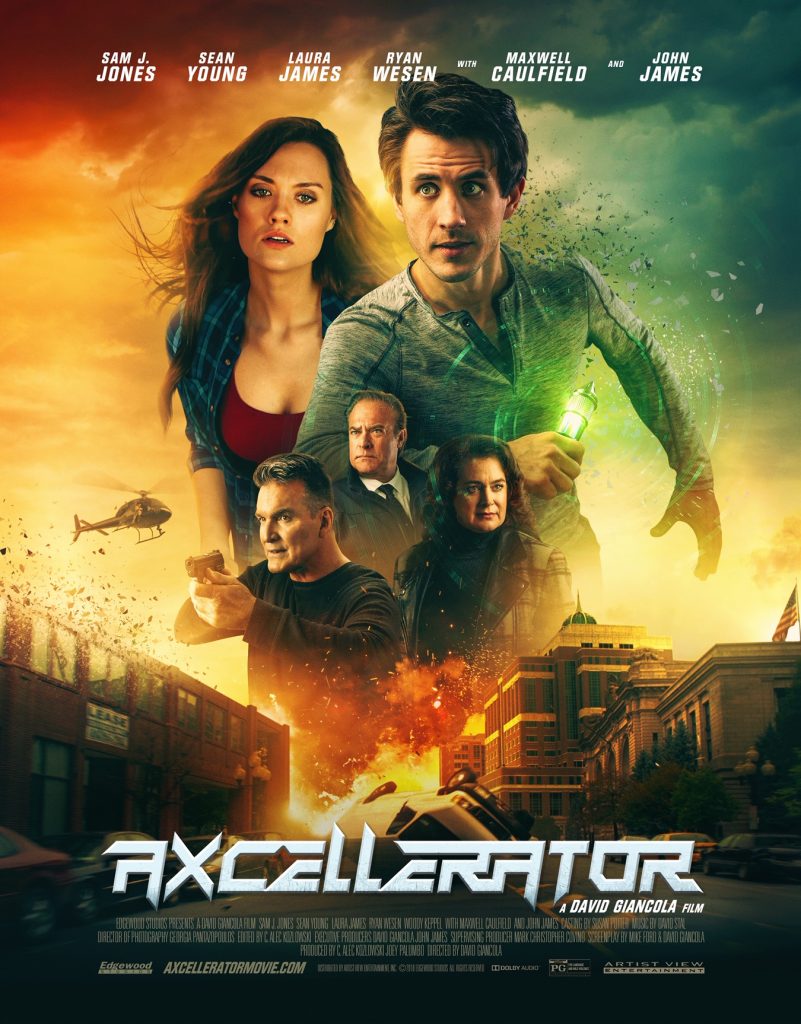 Overall, Axcellerator is a good time with more than a few thrills and good-natured laughs, especially for Sam J. Jones’s (Flash Gordon) over-the-top operator who at times seems to be an homage to Terminator and Dennis Hopper’s more unhinged performances. Typical of Giancola’s work, Axcellerator just has this sense of earnestness and a vacancy of irony that goes up to the line of camp, but never quite crosses it.

In attendance for the show were David Giancola and actor/producer John James – whose credits run about as long as your arm and include smash ‘80s nighttime soap Dynasty. Local alt-culture entrepreneur Ben Dixon played generous host. Dixon’s ventures, of course, include Full Moon Cineplex, a multi-location tattoo parlor, and his own anthology horror movie, Death Breed, which premieres next month. 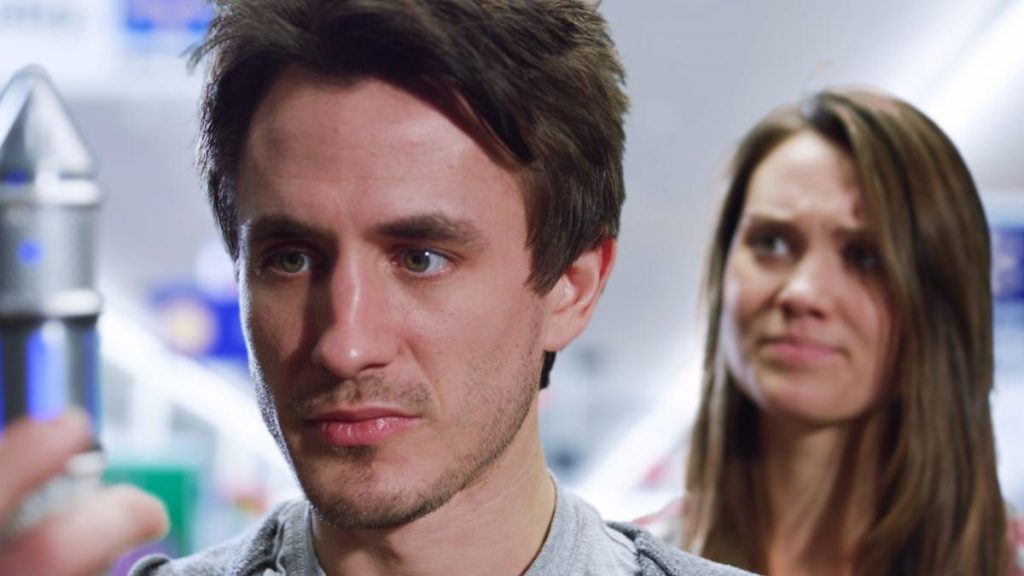 Roger Corman, of course, is famous in film circles and Briggs referenced a conversation in which Corman revealed he’d much prefer his works be called exploitation films than “B-movies.” The connotations of Corman’s feeling is clearly relevant to this day and age – if you make art you are going to offend a certain number of people. But Corman still backfilled his films, like the classic Death Race 2000, with subversive social commentary. Like the legendary George Romero and countless other filmmakers with low budgets and short shooting schedules, Corman worked an ethos into his entertainment – something missing in much of the modern streaming fare.

Axcellerator carries such a message and it’s not far afield of Time Chasers. Perhaps it even harkens back as far as Galahad in the Lancelot-Grail cycle… but I don’t want to spoil the ending. To the point, Axcellerator is about evoking the movie-going vibe from glory days of Corman and the drive-in – a consensual experience that’s equal parts spectacle and leisure, telling a big story but never losing sight of the people in the seats.

*** (of 5 Stars): a definite thrill ride with some flaws but plenty of fun