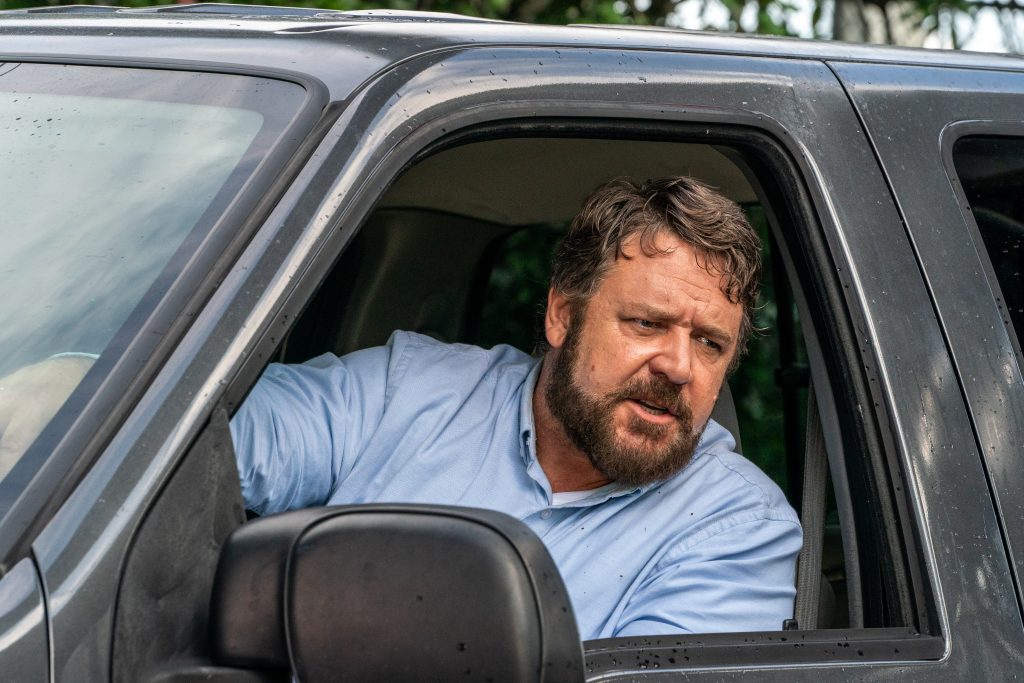 Once caricatured on South Park as a sort of singing Popeye, Russell Crowe in Unhinged has become a version of Bluto, an aggressive plus-sized potato sack of a human being who thinks tormenting skinny women and holding them hostage is funny. But there’s no spinach or sailor man coming to the rescue here. It’s up to this movie’s Olive, Rachel (Mortal Engines‘ Caren Pistorius) to figure out what so many others who’ve been terrorized have tried and failed to do: stop a determined, angry cishet white dude before law enforcement very gradually figures out who he is, what the problem is, and how to find him.

Crowe’s Tom Cooper is the sort of guy who’d undoubtedly be a fan of Crowe’s Roger Ailes in The Loudest Voice; still angry at the family he just murdered in the film’s opening scene, he’s the type who’d vote Trump because of the Access Hollywood tape, not in spite of it. And the entirety of his grudge against Rachel comes from her honking the car horn too hard and refusing to apologize. Like entire legions of online harassers before him, Tom thinks he’s entitled to deferential treatment just because he’s having a bad day. And anyone who won’t give it, particularly any woman who reminds him of his ex-wife, is ipso facto insufficiently empathetic, and must be made to feel some serious pain. In his mind, this equates to “My emotional sadz due to divorce = your entire family being killed by me so you’ll have an unhappy day too.” 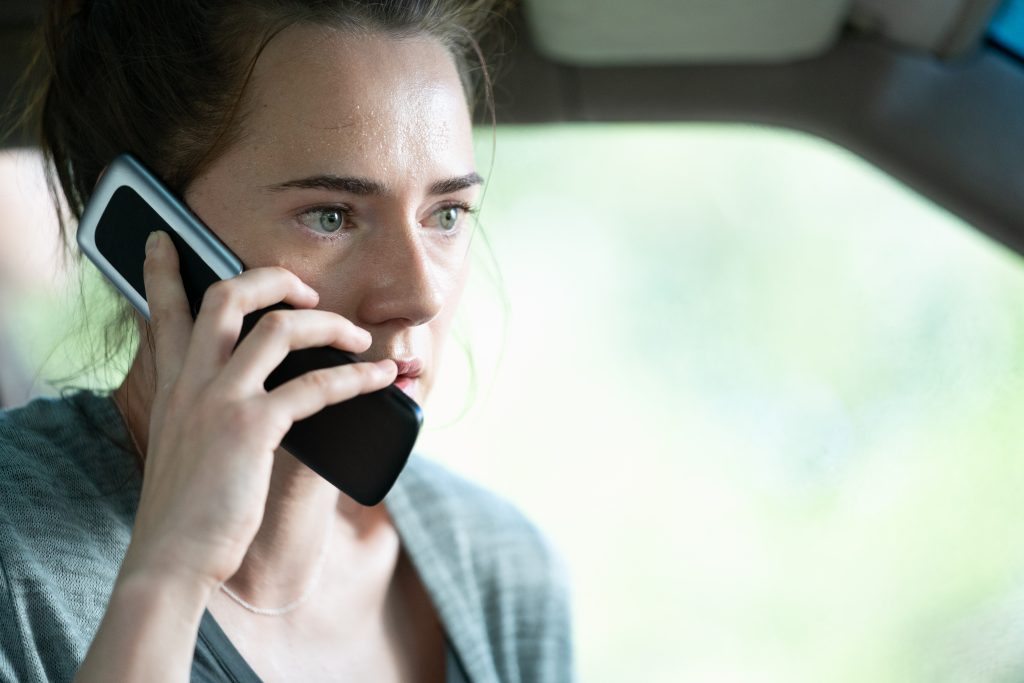 Rachel’s life, ironically, is already tough enough. She’s navigating a tough divorce, she’s never on time, she has to live with her obnoxious brother while they sell their bedridden mom’s house to pay for hospitalization. Being late to take son Kyle (Gabriel Bateman, the new Andy in the Child’s Play remake) to school for a third, detention-generating time is just another headache, and at the beginning of the day, when her car’s “check engine” light comes on, well…that’s one stress factor which feels a bit too relatable. Considering most apparent throwaways in movies usually pay off, and the number of times I’ve broken down in an unreliable vehicle, I was almost relieved when Russell Crowe took metaphorical center stage as the big bad, since he’s more of a tangible certainty than the random threat of motor failure.

Many may argue that it’s not realistic, the extent to which Crowe’s Tom goes on an unchecked rampage that includes murder in broad daylight and in front of cameras. Those who do will almost certainly be male. Any woman who’s had to try to file a restraining order on an ex, or been yelled at for not smiling, or had to order an “Angel Shot” at a bar, knows just how much a Russell Crowe type would have to do — indisputably and on record — in order to be considered any kind of priority as a threat. (Think about a certain someone’s “I could shoot someone on Fifth Avenue” humblebrag.) 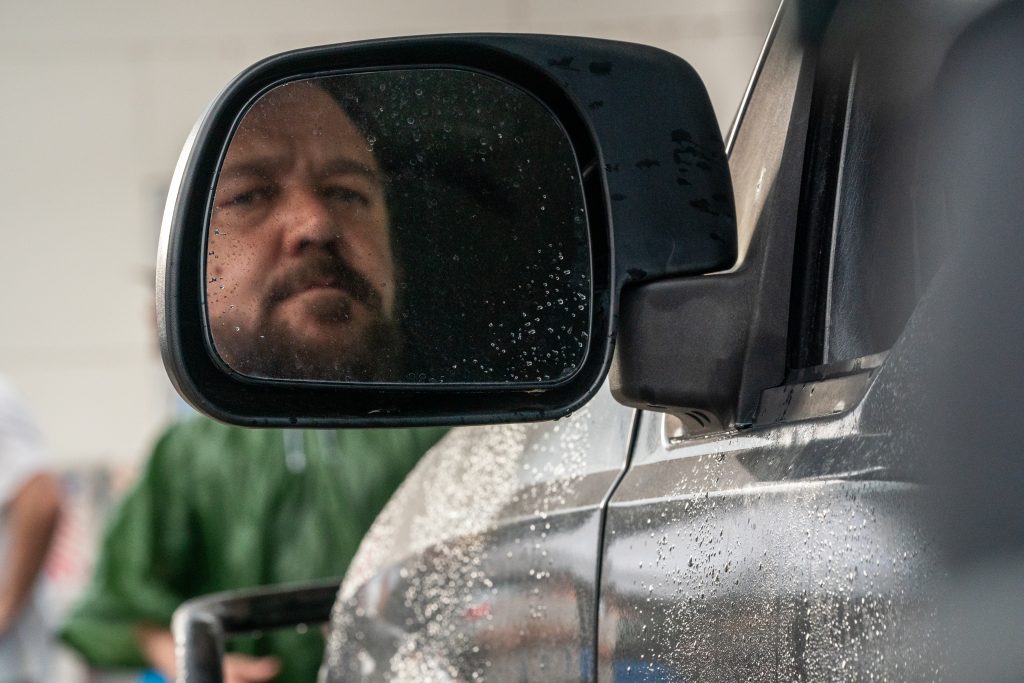 Unlike, say, Michael Douglas in Falling Down, Tom is not somebody the movie ever asks the viewer to sympathize with. Tom himself asks it on more than one occasion, but it’s the most transparently narcissistic kind of whataboutism one might expect from a real-life road rager. He owns a nice truck and an expensive watch, and he’s pretty handy with tech, so clearly this guy actually does have a lot going for him…but he can’t see any of that because women hurt his feelings.

Now, under movie logic, Rachel probably should have apologized, and there’d have been no movie. Even the movie’s ending seems to endorse this approach, not unlike the way Driver’s Ed classes insist on driving defensively. But, the script seems to also argue, she shouldn’t have to. She doesn’t owe a bad driver an apology for honking, and while he may be entitled to be annoyed by that stance, it gives him no right to take revenge. Perhaps that’s overthinking what is simply a necessary set-up to watching Crowe act crazy for an hour and a half (and with a wildly inconsistent American accent, to boot, that ranges from generic to Southern to Jersey, sometimes in the same scene). But this does, at least in the beginning, feel like a movie that wants to say something about how angry we all get at one another. Even if, at this stage, the traffic jams onscreen actually makes those of us quarantining at home feel weirdly nostalgic. 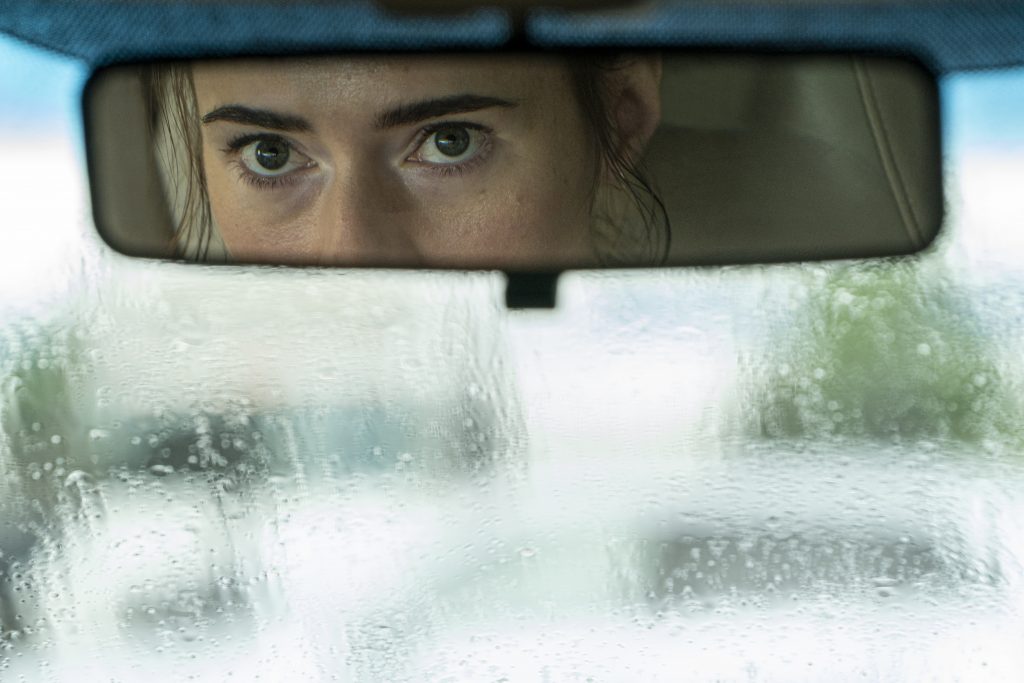 But what is it saying? That you don’t know what other people may be going through at any given time, and therefore empathy is good? Okay, sure. But when our intro to Tom is him killing a family and blowing up their house, love and understanding is kind of off the table. It’s best to consider the slightly implied social commentary as window dressing which allows you to enjoy a relatively simple, well-told stalker revenge flick.

That it will be opening primarily at drive-in theaters feels extra-ironic, or appropriate, if you prefer. Still: come to see Russell Crowe go unhinged, and you will definitely get exactly what is advertised.