Tomorrow, Netflix and Marvel’s latest superhero series, The Defenders, will bring Jessica Jones, Daredevil, Luke Cage, and Danny Rand—all heroes who’ve enjoyed their own individual series—together for the first time to stave off a common threat. In a recent interview, showrunner Marco Ramirez, who has already worked on Daredevil, spoke with me about the trials and joys of tackling this kind of project. 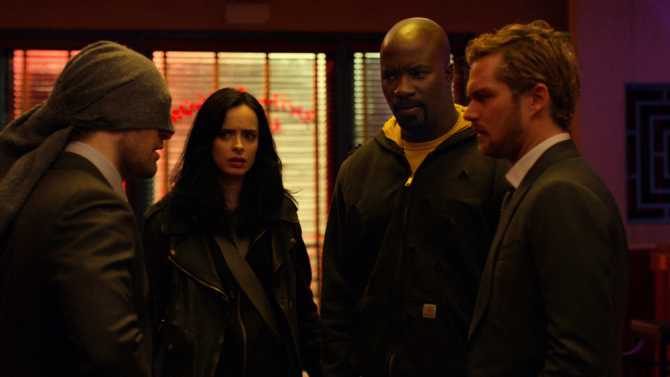 As mentioned, unlike the solo Marvel series that have been featured so far on Netflix, The Defenders brings all of those street-level characters together, which has its one unique benefits and challenges as a showrunner. When asked about whether it was difficult making certain all of the heroes had equal screen time, Ramirez said it was less about counting the minutes than it was making certain that each character’s involvement in a scene made sense.

“We obviously wanted to make certain that every character had his or her due,” he explains, “but it’s not like we were keeping track of every minute. It wasn’t ‘Well, Danny has had three fewer minutes than Jessica.’ It was more of a question of whether each character got their due and we made certain to stay committed to that.” 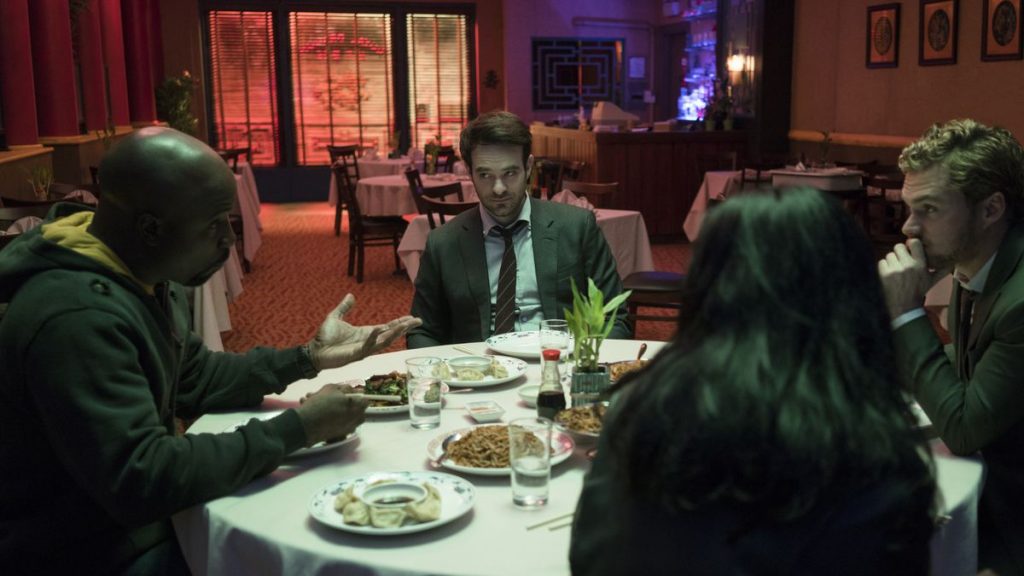 The crew enjoys a nice meal… FOR JUSTICE.

In fact, Ramirez had something of what he calls a “dry run” for The Defenders in running Daredevil season 2, which featured a whole bevy of additional characters such as Elektra and The Punisher to juggle.

“Matt Murdock was still the star of the series,” he explains, “but we had Elektra and Frank Castle and there were a lot of characters that to make sure got their due.”

Speaking of letting the characters stand out, when asked about how color plays a role in the narrative, Ramirez says that it absolutely contributes to the story and informs interactions between the heroes.

“Matt obviously is tied to deep reds. We use a lot of blues and purples for Jessica. We use yellow for Luke and olive green for Danny,” he explains. “And the colors change and signal cues as a character enters the room. When Jessica and Matt first meet, there’s a lot of mix of reds and purples in the room. It was the same with Danny and Luke, with greens and yellows playing together. By the time the whole team is in one room, the color scheme is crazy!” 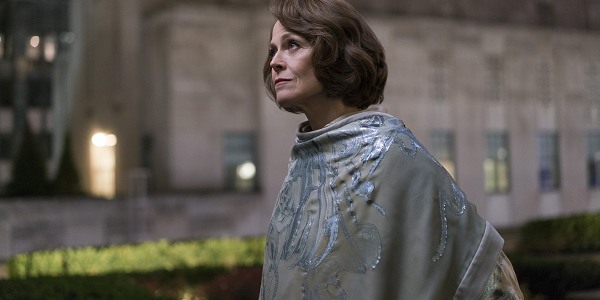 When the topic of how Sigourney Weaver became involved with the series as the quartet’s adversary Alexandra was broached, Ramirez lit up and commented on the gravitas that the actress brings to the table.

“God must have seen all of those candles I lit, sending up prayers,” he laughs. “Seriously, we had her in mind when we wrote the part and contacted her over the weekend. When we heard back that following Monday, we were like, ‘Wait, what?’”

While Weaver is a legend in the industry, Ramirez noted that she couldn’t be nicer or more engaged in the material.

“Every role she plays follows her and fills the room, from the Alien films to Ghostbusters. I mean, it’s Ellen Ripley! That’s another thing: we knew that she could do anything we asked of her physically. But on top of that, she was so nice and engaged. Especially after seeing David Tennant as Killgrave and Vincent D’Onofrio as Kingpin, she really wanted to play a role in the show.” 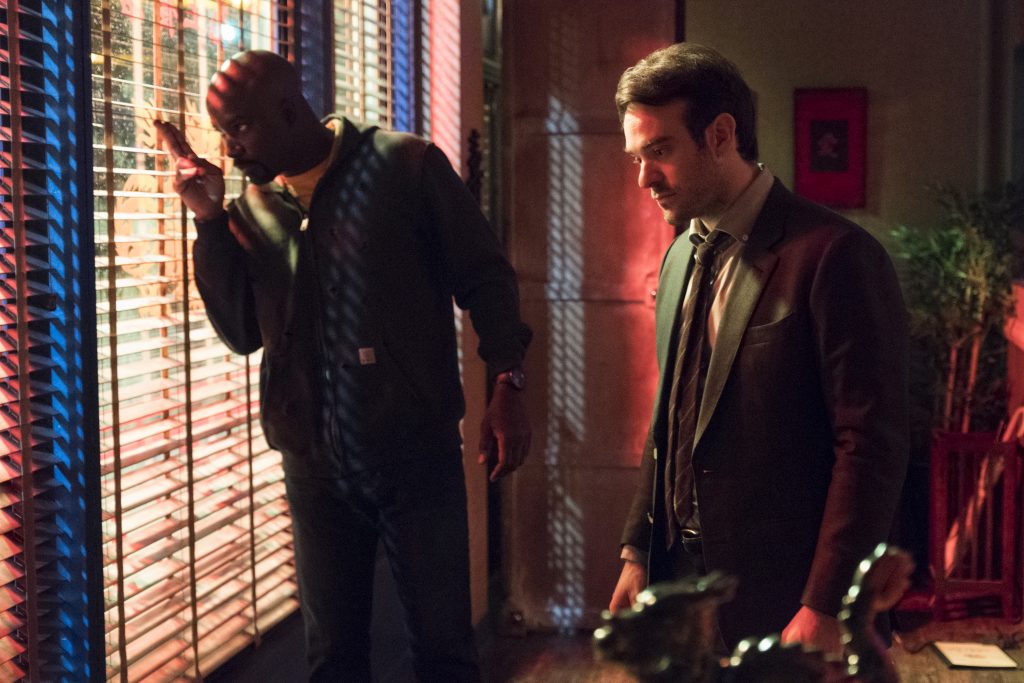 Finally, when asked about what the events in The Defenders mean for the individual team members moving forward past the series, Ramirez says that all of the heroes will be changed in some way or other.

“Marvel is really good about communication and keeping things straight and cohesive,” he explains. “There were definitely talks with the other series’ showrunners so that we all knew where Jessica, Matt, Danny, and Luke end up by the time The Defenders ends and their next seasons begin. But yes, by the end of this season, they will all definitely be changed.”