Artist Dan Panosian is known for bringing a gritty, stylized realism to his work, as seen in his mesmerizing renderings in such titles as Daredevil: Back in Black and Conan/Red Sonja. That sensibility will serve Panosian well as he heads to Las Vegas in his new creator-owned series Slots, hitting shops this October from Image Comics and Skybound Entertainment. Slots follows a former, broken-down boxer who is seeking redemption as the spectre of age looms over the late autumn of his life. Check out these haunting preview pages Image just dropped. 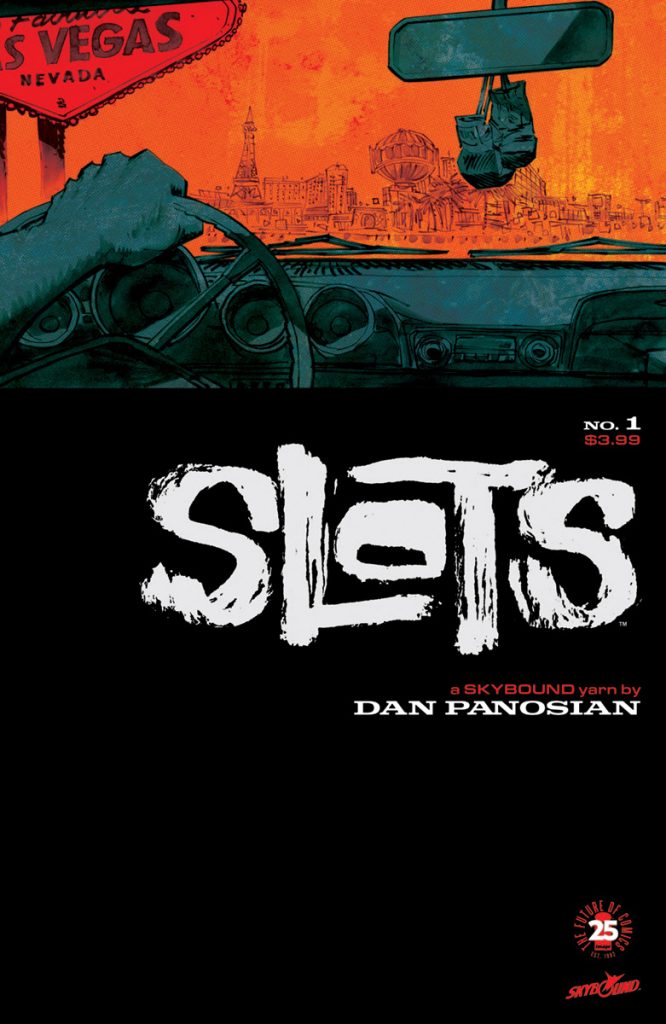 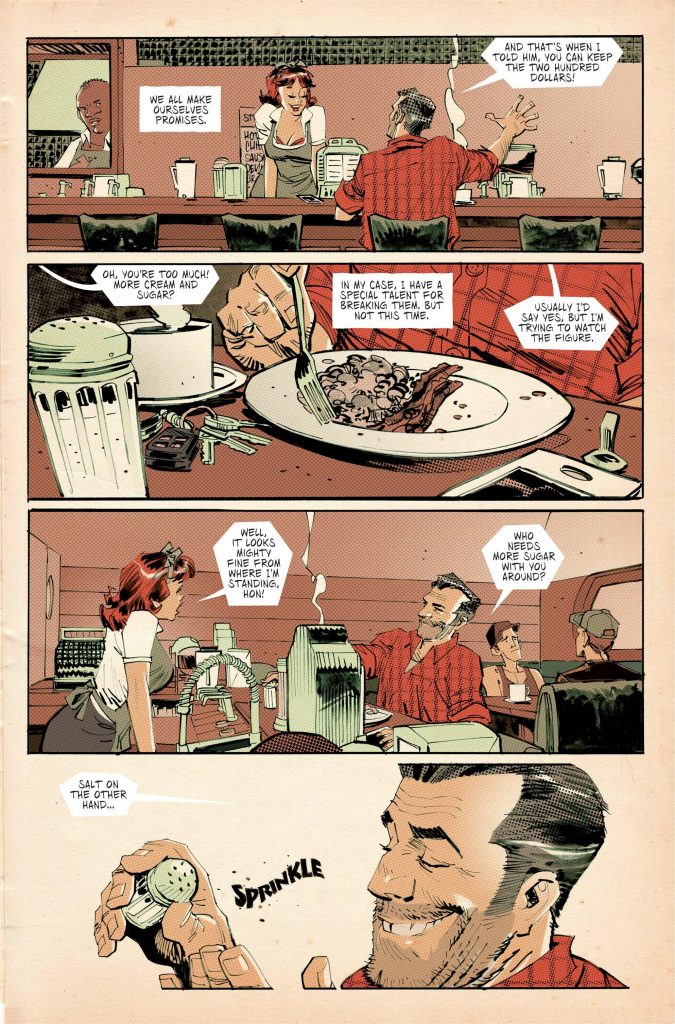 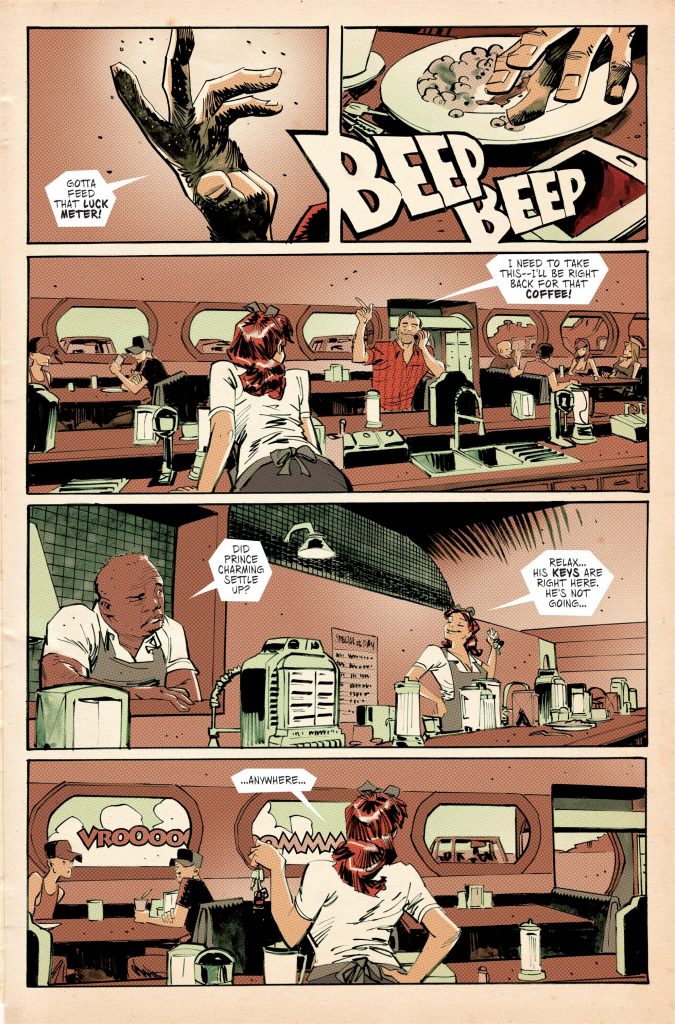 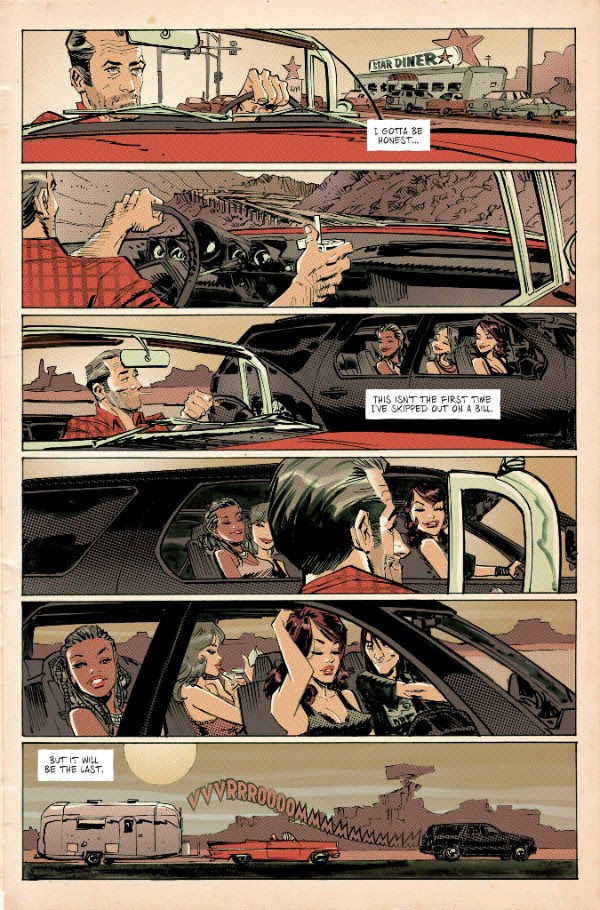 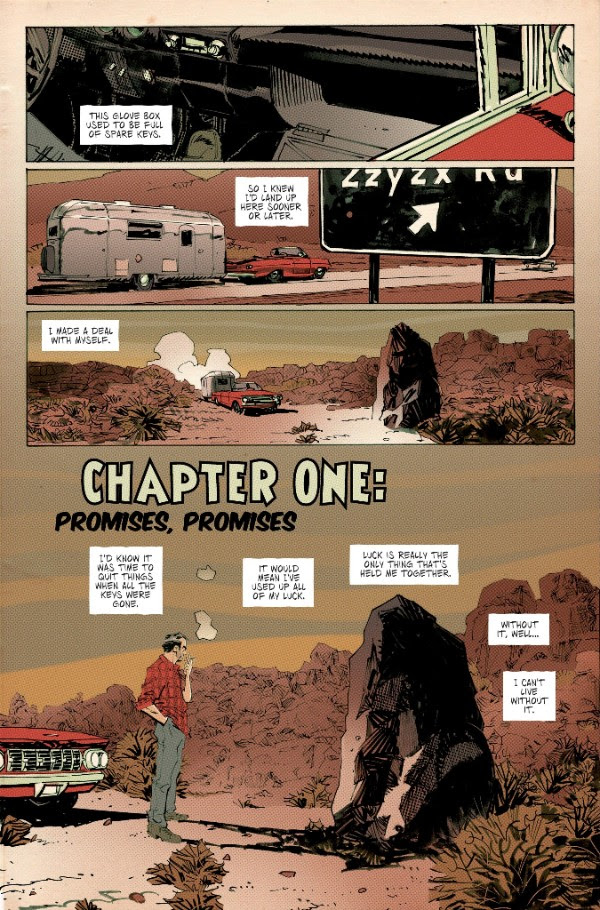 Because of its rich history and its pervasiveness in pop culture, Las Vegas has a larger-than-life quality to it that draws creators to revisiting the technicolor underbelly of the city. Panosian’s early pages evokes a hint of such films as Casino and Pulp Fiction, but with a stronger through line that has more of an eye on both the micro and the macro of Vegas that look to be a joy to spend some time with.

Superstar artist Dan Panosian (Daredevil: Back in Black, Conan/Red Sonja) will take on writing as well as art duties on his all-new series SLOTS, coming this October from Image Comics and Skybound Entertainment.

You can say this about the life of Stanley Dance: he did it his way.

Unfortunately, his way never took getting old into account. Now, the former boxer is on his last legs, and looking for redemption…but he’ll settle for going down swinging.

SLOTS is a bold new take on Las Vegas, where everything old can become new, and superstition influences how the chips fall.

“Producing this story is really a dream come true for me, and I have Image Comics and Skybound to thank for the experience,” said Panosian. “People throw the term ‘labor of love’ around pretty often, but every aspect of creating SLOTS has been a true joy for me. I’m very happy we can finally announce and share it with everyone.”