Last night, Marvel released its second trailer for May 1st’s The Avengers: Age of Ultron, and damn, are we jazzed. While most of the scenes from this newest showing are repurposed clips from the initial trailer (which we covered here), Marvel did treat us to a few more teases of what we can expect to see in the highly anticipated (and by “highly anticipated,” I mean “wet your pants with excitement”) Avengers sequel.

The newest trailer gives a longer glimpse of surgical tools seen in the first one, with a shot of what appears to be a younger Natasha Romanov—the Black Widow—on an operating table. Does this suggest some sort of biological manipulation during the course of her time as a spy for Mother Russia? It would certainly tie to her origins as seen in her Marvel comic book appearances.

Bring Down the Thunder

As seen in the previous trailer, Thor has an anger for Tony Stark—Iron Man—that leads him to grab the armored Avenger by the throat. As suspected, the thunder god is all sorts of pissed at Tony’s arrogance at playing a god. “You have meddled in something you don’t understand.” That meddling, we assume, is creating the AI that will eventually become Ultron. 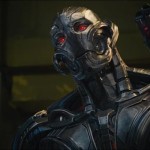 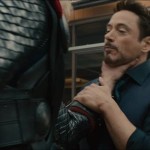 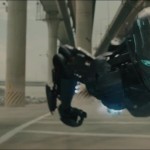 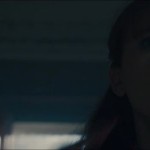 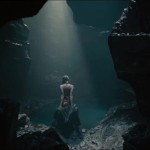 The biggest reveal in this trailer is a shot of woman disrobing in cave, her back to the camera. Who is this mystery woman? Does she have ties to Ultron? Is she in Wakanda with a connection to Andy Serkis’ Ulysses Klaw, adversary of the Black Panther? Wakanda is known for its store of vibranium, the same material that composes Captain America’s shield and a highly durable metal. In the comic books, a later version of the murdering android is made up of the material, so it stands to reason that might the case here, with the appearance of Klaw. Further, in some publicity for the movie, we see Cap’s shield shattered. Who else could inflict such damage than someone or something composed of that same metal?

While we don’t get a whole more insight into what prompts the Hulk/Iron Man clash that we saw in the previous trailer, we do get to see more of that fight, which is everything a Marvel fan could hope it to be. And Tony bodyslams the Hulk by his neck! Razzle pazazzle!

Early in the trailer, a voiceover of Ultron states, “Everyone creates the thing they dread.” As has been alluded to, Tony creates Ultron in an effort to stave off any more chaos in the world like was seen during the alien invasion of New York in the first Avengers film. In Iron Man 3, we see a Tony Stark battling PTSD and anxiety from his encounter with that very invasion, so it stands to reason that he would use his intellectual acumen to curb any future threats. Ultron’s ominous words, however, suggests that Tony has planted the seeds to the world’s destruction.

Jazzed yet? If not, are you alive? Are you human? Might want to get yourself checked out. In the meantime, keep counting down the days until The Avengers: Age of Ultron premieres on May 1st.