Comic book artists and editorial illustrators often produce and array of stunning, high-quality prints, but it’s not always convenient or feasible for fans to go to a convention to buy them, nevermind transporting them home in one piece.

Enter The Pushpin, a new website that has just launched today, the brainchild of Jessica Johnston, who’s running the site as a project through Papergirl Press. Johnston’s mission statement is to to curate gorgeous pieces of art from those comic artists and illustrators, make them available for purchase, and, in the process, make connections between artists and audiences.

Ms. Johnston spoke with me recently about the genesis of The Pushpin, what she hopes to accomplish with the site, and her future plans for The Pushpin later down the road.

FreakSugar: Before we get into the creation of The Pushpin, how did you make the transition from journalism to art? Was it always something gestating in the back of your mind?

Jessica Johnston: Becoming a kind of art dealer came as a surprise, even to me. I’ve always had an appreciation of art — I love going to galleries, and friends’ art shows, but I never imagined working in this field. I quit my newspaper job last year — print media in 2016 was a pretty alarming place to be — with the intention of doing freelance and project-based work. Then in the fall I started making prints for my husband, who is a comic artist. From the first image that came out of the printer, I knew I was hooked. It looked so good, it felt like magic. Love at first print? Is that a thing? 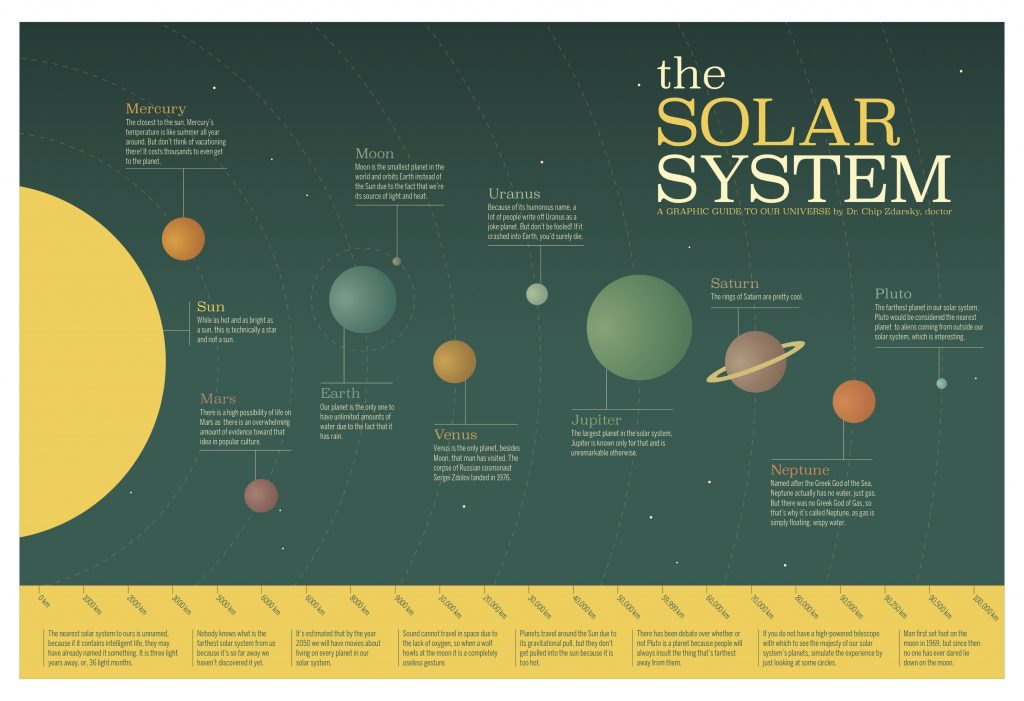 “The Solar System: The Graphic Guide to Our Universe” by Chip Zdarsky

FS: Following up on that, how does your background in journalism inform how you approach your work in the art world?

JJ: I want to give a smart, lofty answer to this question — and the research and interpersonal skills I developed in journalism are for sure indispensable — but the truth is, the biggest thing I carry forward from one project to the other is the ability to derive satisfaction from doing all of the small, unglamorous tasks it takes to produce a cool thing.

As an editor you’re a project manager, pulling together all the pieces to make an awesome whole — in that case, pages with headlines and photos and good stories. Creating The Pushpin has felt similar. I’m learning QuickBooks and making spreadsheets to track art, and it’s 1000% worth it because the result is that I get to put all this amazing work by incredible people out into the world. Don’t get me wrong, though, I do love a good spreadsheet. 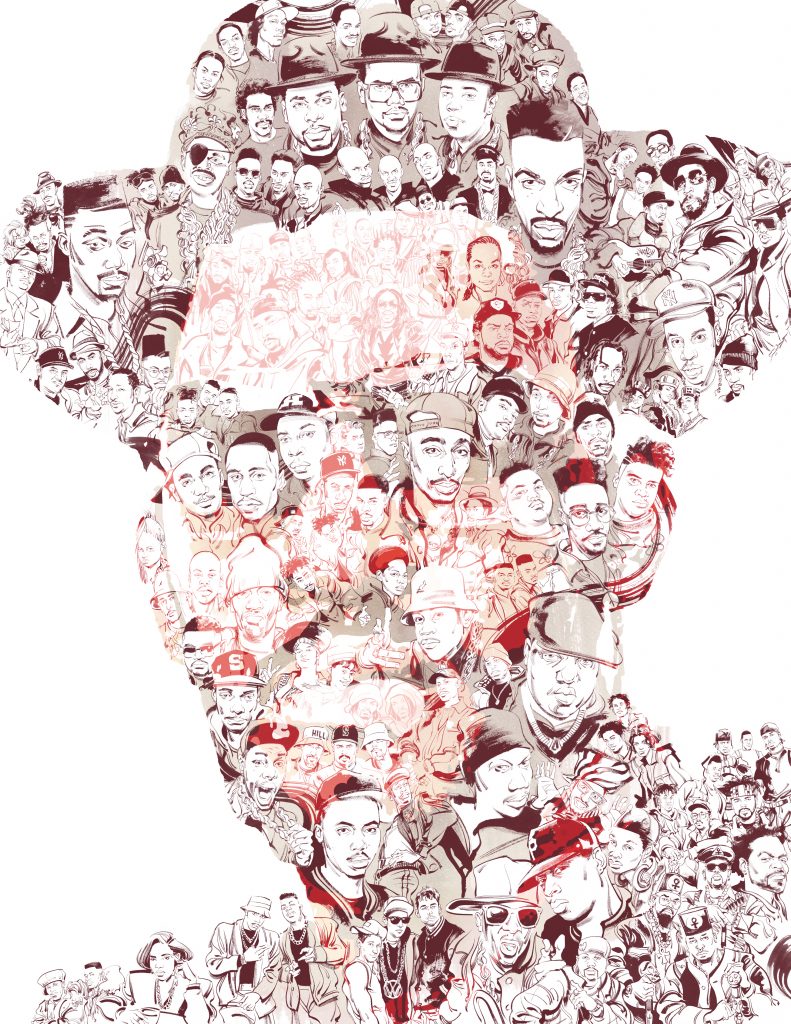 FS: Moving on to The Pushpin specifically, what was the genesis for the site? What do you consider to be your mission statement for The Pushpin?

JJ: The first print I ever printed was a Bat-Hero, for Chip Zdarsky, aka my significant other. It’s this meta parody, a tribute to knock-off action, and it’s awesome. We released it and this was this flurry of activity of people buying it, and then things got quiet around the store. And I missed the work. I love sending out good mail. It feels like giving someone a present, except they pay for it themselves, which is the best.

That’s when I decided to expand. I knew a lot of very talented professional illustrators through my journalism work, so I started talking to them. Most were interested in producing prints, but didn’t have time to manage the logistics of actually getting them to people.

I knew there would be demand. Even though there are a lot of artists in my life, my walls are pretty sparsely populated. I swear, I did not start The Pushpin for my own personal decor needs, but in doing this, it’s like I am trying to find a way for everyone to have awesome artist friends and get art from them. So, at its most basic, the mission is to connect artists and audiences to each other.

The site is curated, all of the artists are artists full-time, and much of the work is limited, so you know whatever you buy from The Pushpin, the odds are pretty low you’ll see it anywhere else. Some of the artists have more name recognition than others, but they are all incredible. My hope is that there’s lots of discovery that happens here. People may come for a something specific, a Johnnie Christmas print, say, but then they realize they also love Dani Crosby.

I find all the work pretty joyful. Even the more serious stuff is so good, and so well done, it makes me smile every time I print it. I hope to bring this happiness to all the people! 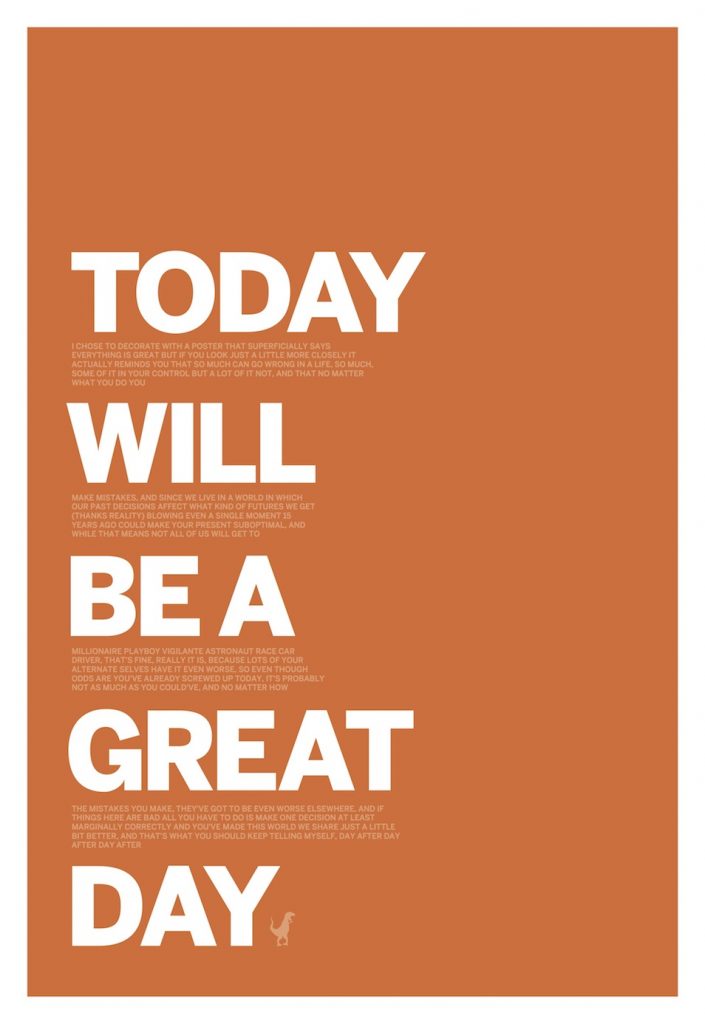 FS: Papergirl Press, which moves The Pushpin project, is based out of Toronto. Is that part of the impetus for focusing your attention on Canadian artists for the big launch?

JJ: It is! There are so many talented people here, it’s bonkers. Ryan North, Jeff Lemire, Kagan McLeod, and Julia Breckenreid all work within a few blocks of each other, for instance. This is very convenient for me, but fortunately for everyone, convenience isn’t the only selection criteria for The Pushpin. The site isn’t all-Canadian by design, so world-domination is not out of the question.

FS: The site includes some of the biggest artist names in the comic book industry. What was the process like asking artists to be included on the project?

JJ: There was a lot of momentum pretty fast in launching the Pushpin. Everyone was super keen on the idea of doing high-quality prints, with a small business that is an actual identifiable person.

I’d say for every five people I asked, four were like, “Hells yeah I’m in.” I was lucky to be able to recruit people I know first, but it was a little nerve-wracking when I started approaching strangers. The first person I more-or-less cold-emailed was Christian Northeast. He’s an illustrator, and I am a huge fan of his stuff. When he wrote back “Yes,” I felt like “Okay, I think this is going to work.”

After that came affirmative answers from people like Jeff Lemire, Kate Beaton and Bryan Lee O’Malley, and after each one of those, I was like, “Yeah, this is going to work.” 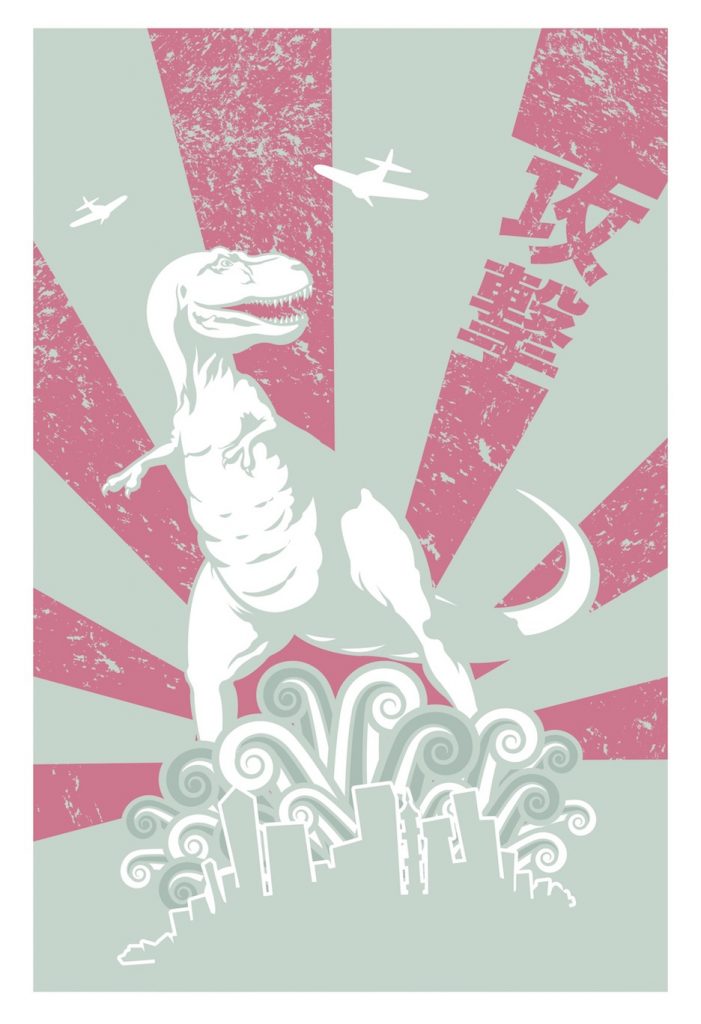 FS: What’s your game plan for The Pushpin in the coming months?

JJ: We’ll be adding artists all the time, and there are plans in the works for guest artists and special series. I expect to refine things as we go, too, based on the feedback we get. But I can guarantee there will be more fun. Always more fun!

The Pushpin has officially launched as of today. Head over and check out the beautimous prints Ms. Johnston and The Pushpin have to offer–many of which you’ve seen in this interview!

The Pushpin is a project of Papergirl Press, a small printing company in Toronto committed to working exclusively with independent artists, run by former journalist Jessica Johnston. “Until a year ago, I was a newspaper editor, where I worked with freelancers to make a culture section. Now I’m working with artists to make a website. It feels similar in some ways, but my walls look way better now,” said Papergirl Press Owner Jessica Johnston. “The site is pretty much an even split between comic artists and editorial illustrators, which differentiates it from other art print sites. I love having the two side-by-side, since there is a lot of overlap between the disciplines. Comic work and illustration often also share a clever, playful sensibility, which is a big theme on The Pushpin.”

“As satisfying as it is to see my work in newspapers and magazines, having high-quality prints of it available to people means the work lives on in a more permanent way,” said Julia Breckenreid. ”It’s so great to have an outlet for my illustration that treats it with the same level of care that I put into it.”

At launch, The Pushpin will feature more than 40 prints including:

“Science is more important than ever. And even more important than science, is letting people know how much you love science,” said Sex Criminals artist Chip Zdarsky about his Pushpin Original. ”So I wanted to create a poster that could convey to your houseguests that you’d be perfectly at home retweeting Neil deGrasse Tyson, or that you read National Geographic magazines as a kid. My highly informative information graphic on THE SOLAR SYSTEM™ does just that.”

“I do a lot of work in text, and I love the idea of an image that can surprise you when you come closer,” said Ryan North about his Pushpin Original entitled Great Day. “This print on the surface says, ‘Hey, inspirational poster! You definitely know what this is!’ but as you get closer you realize, ‘hey wait’ — turns out it’s actually quite a bit more complicated than that. JUST LIKE LIFE ITSELF?? When I look at it I feel a little inspired and a little sad, which is a nice feeling, and I hope I can share that feeling with others.”

“The artists featured at launch are all Canadian, but genius is everywhere, so we will be expanding our borders in upcoming months, adding new work all the time,” explained Johnston.

Artists who will have work on the Pushpin in the coming months include Bryan Lee O’Malley (Seconds), Marguerite Sauvage (DC Bombshells) and illustrator Gordon Wiebe. For updates, follow @pushpinprints on Twitter, Facebook, and Instagram.