X-Men members Rogue and Gambit have had an often tumultuous relationship since the two first met in the X-books decades ago. The two have attributes that have tended to work at keeping the other at arm’s length: her mutant power has hindered her ability to touch anyone without causing physical harm, while his devil-may-care attitude and occasional shaky trustworthiness have often caused roadblocks at working at a deeper connection. Still, despite those barriers, Anna Marie and Remy have consistently been in each other’s corner, as Rogue & Gambit #4, on sale today, highlights in more ways than one. 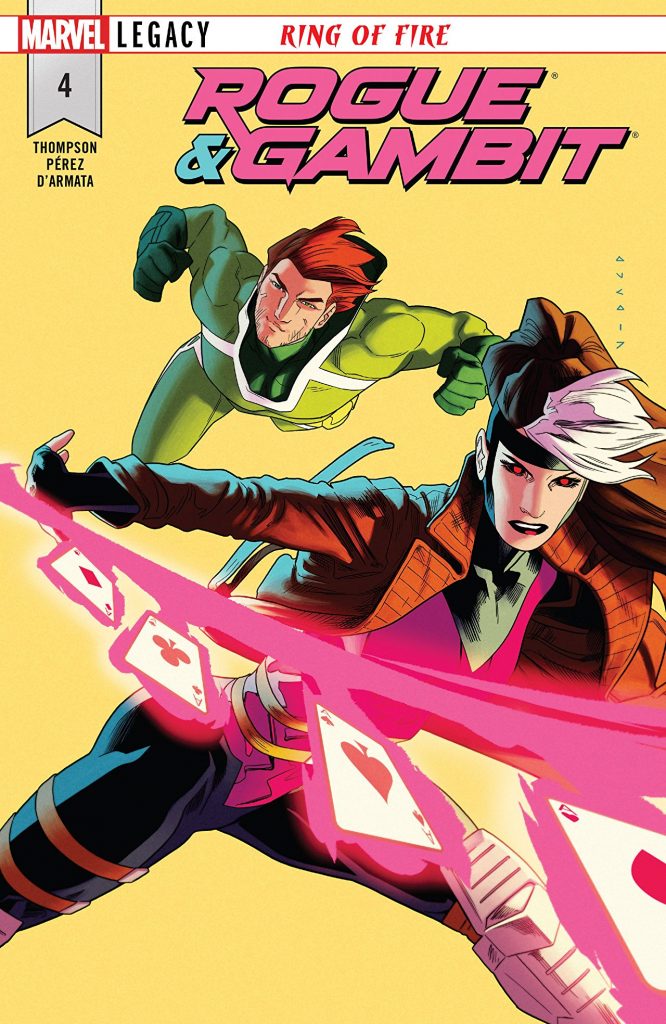 While posing as a dysfunctional couple while secretly investigating the disappearance of mutants at a wellness retreat, Rogue and Gambit find themselves kidnapped by a mysterious figure known as Lavish, who has been siphoning off mutants’ memories and powers and transferring them into golem creatures of those mutants. While Remy and Anna Marie are able to escape their bonds, they find themselves contending with Rogue and Gambit golems, which, as the duo destroys each one, releases memories that the other is forced to experience.

Miniseries writer Kelly Thompson uses the memory-swapping and sharing plot device nimbly, forcing Remy and Anna Marie not only to know the memories of the other, but to experience how it made the other feel. It’s a fact of life that we are each our own separate islands. No matter how adept we are at communication, no one but ourselves will ever know exactly a person experiences something, their emotional responses to an event. 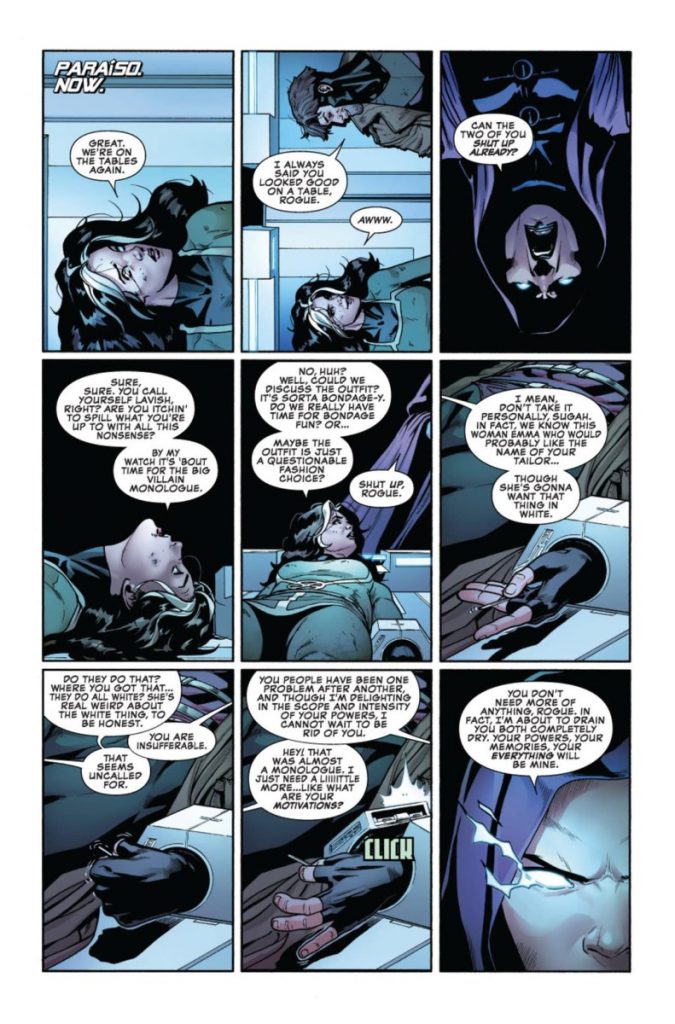 Rogue and Gambit have shared memories before by way of Rogue’s mutant power, but I believe this is the first time they’ve truly known the depth of emotion behind those memories. Mining X-Men lore, Thompson gives us a window to how the duo felt during different events in their mutual history, from the doubts hiding behind a seemingly happy exchange during Cyclops and Jean Grey’s wedding to the hurt Remy felt behind Rogue’s doubts he could be an Avenger. We knew that Thompson would be exploring the two’s relationship during their subterfuge as a dysfunctional couple needing aid, but the writer gives Remy and Anna Marie a better therapy session than they could ever hope for. 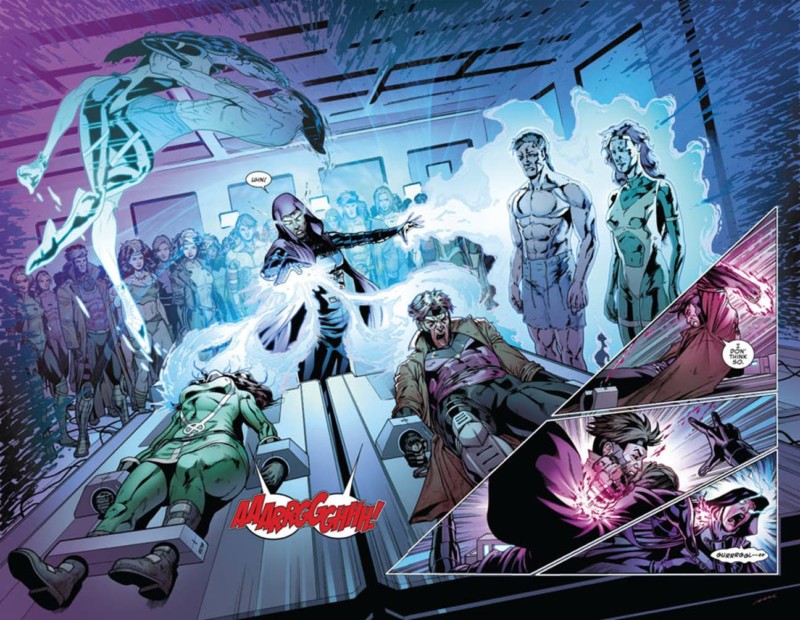 And as she mines the X-Men’s history, Thompson’s love of the characters shines through, which is especially brought to bear when Rogue and Gambit fighter their doppelganger golems, featuring different versions and looks that the duo have sported over the years. Artist Pere Perez and colorist Frank D’Armata have rendered the action beautifully, but the kid in me geeked out over their rendititons of every Easter egg look they stuffed in there, from Rogue’s bobbed hair during her time in X-Treme X-Men to Remy’s own bobbed ‘do when he was doing his best Seattle grunge impression. What really stands out, though, is the decision to make the memory golems look emotionlessly on at Gambit and Rogue, as if they were being judged for their pasts, with Joe Caramagna’s lettering helping to drive home the pair’s anguish as the physical and emotional pain of the past moves them to confront hard truths about themselves.

Rogue & Gambit continues to be one of the best X-books on the stands, not just for its mining of past X-Men history, but for making a concerted effort to push characters to do something about their longings and wants, come what may.

Rogue & Gambit #4 is on sale now from Marvel Comics.

It’s ROGUE versus GAMBIT in a BATTLE ROYALE the likes of which you’ve never seen before! But when saving the day means letting go of everything you just fell in love with all over again, can Rogue and Gambit do what must be done?! Making out! Memory loss! Power swapping! Witty banter! Emotional manipulation! Monologuing Big Bads! Doppelganger Golem Clones! You want it? We got it!

A Unique Therapy Session Highlights ROGUE & GAMBIT #4
Rogue & Gambit continues to be one of the best X-books on the stands, not just for its mining of past X-Men history, but for making a concerted effort to push characters to do something about their longings and wants, come what may.
10Overall Score
Reader Rating: (2 Votes)
9.3