Some of the best science fiction stories are those that have been packed with commentary on the real life and make the readers reflect on the world about us. Paknadel & Trakhanov’s Turncoat, a new comic book miniseries coming in March from Boom! Studios, looks to be following that same tradition, examining a future Earth that is still reeling from recent freedom from alien subjugation. Alex Paknadel was kind enough to speak with me recently about the genesis of Turncoat, how science fiction benefits from other genres, and how history influenced the telling of his and Trakhanov’s story.

FreakSugar: First of all, thank you so much for agreeing to this interview.

Alex Paknadel: My pleasure, Jed. Thanks for having me.

FS: For readers looking into the comic, what would be your elevator pitch for Pakandel & Trakhanov’s Turncoat?

AP: Earth has just been abandoned by an alien race simply referred to as ‘Management’ who ruled over us for 300 years and change. Marta Gonzalez was a cop under their regime, but she betrayed them just before their unexplained departure. As the world settles back into human government, Marta starts up a private detective agency and tries to keep a low profile. However, when a missing persons gig lands on her desk she accepts it even though she knows it’s going to set her on a collision course with some nasty revelations concerning the time of the occupation.

It’s sci-fi noir with a political allegory simmering away at the center. 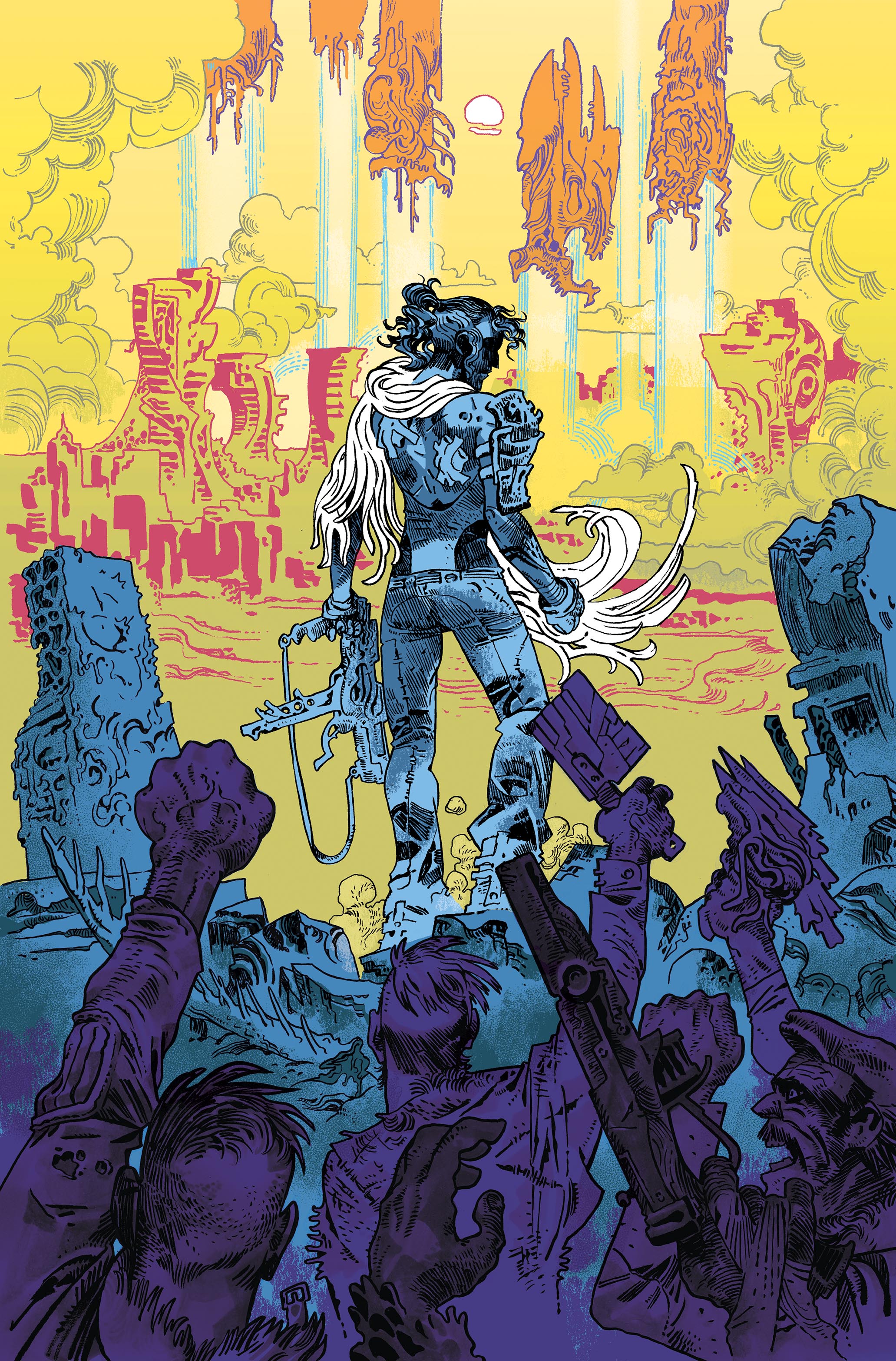 FS: What was the spark for the idea for Turncoat?

AP: It came to me in installments to be perfectly honest with you, but the germ of the idea came from my wife. She comes from Ireland, so naturally she has a very interesting take on my country (the UK) and its actions as an occupying force over there. Perhaps more importantly, she schooled me about the fascinating post-Anglo-Irish War period. That’s when my ears pricked up. Anyway, my editors are American and they saw an equally valid parallel with present day Iraq, so I drew from that as well. I tried to make it as universal as possible in the end, so really it’s about the power vacuum left behind when a brutal oppressor leaves. Is it like an abusive relationship where some people are actually so traumatized that they’re frightened of a future without oppression? It’s a controversial topic to be sure, but Boom! are pretty fearless in that regard.

FS: From the pages I’ve seen, the book seems to share DNA with sci-fi films such as Blade Runner and other Philip K. Dick work. Did any favorite sci-fi books or cinema impact how you approached this story?

AP: I always come back to Cronenberg’s remake of The Fly, but that’s more as a guide to the emotional beats I need to hit if I want the thing to leave exit wounds. I’m not there yet but I’m trying.

I also think sci-fi benefits hugely from omnivorous influences, so I try to avoid reading or watching sci-fi when I’m writing it. To that end, I read a bunch of James M. Cain novels to get myself in the Turncoat mood. I hope it worked! 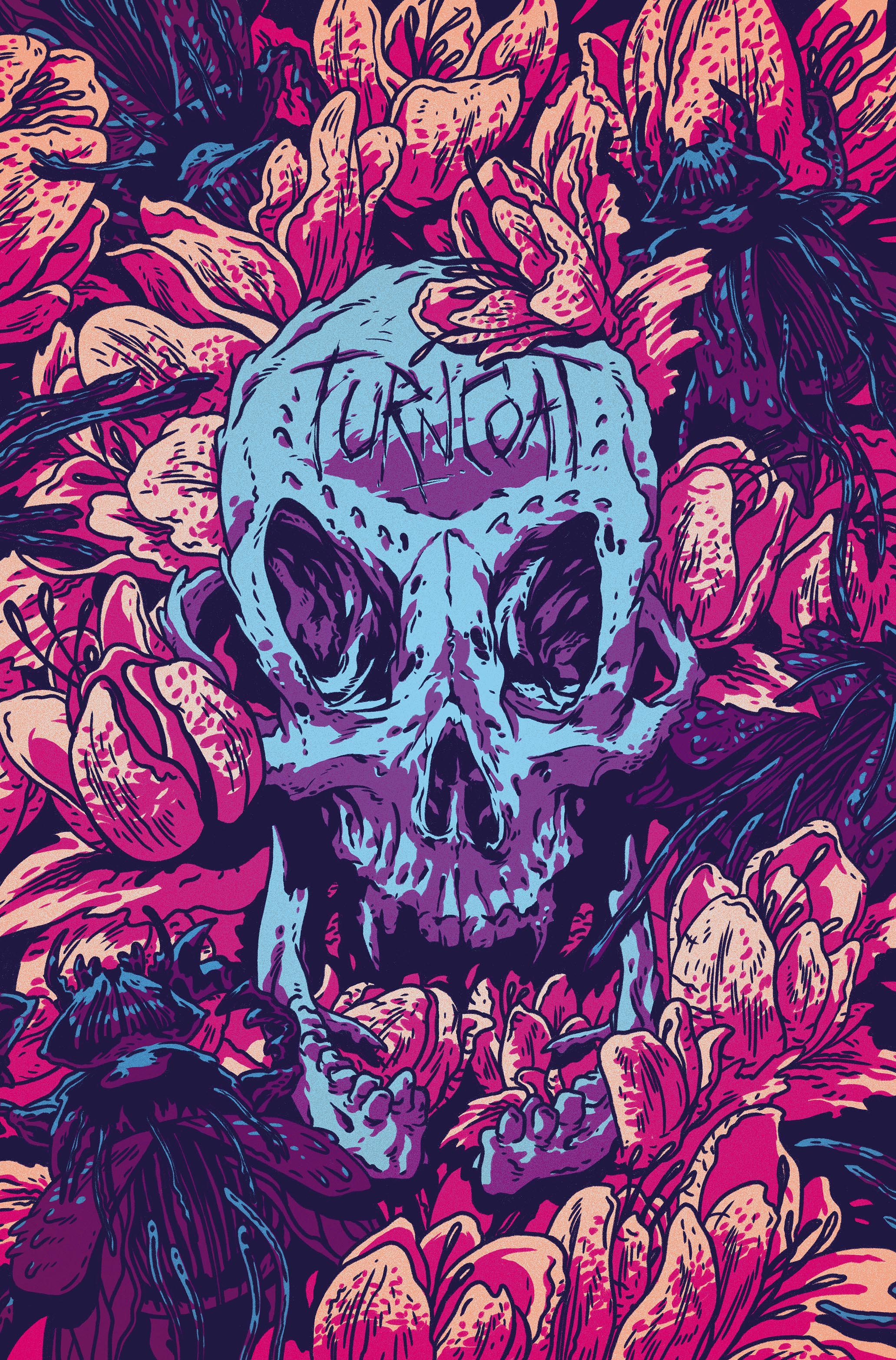 FS: Artyom Trakhanov’s linework is phenomenal and adds a claustrophobic urgency to the world you’ve created. What is the collaboration process like between you two?

AP: In a word? Frictionless. Artyom’s in my head. It’s incredible. We both seem to see the world in terms of fruiting bodies, mutinous flesh and decay. We’re very friendly on Twitter and over email of course, but we don’t communicate all that often because I never have any notes on his art. It’s a case of receiving the pages, muttering something like, “yep, that’s *exactly* what I meant” and getting another cup of coffee. He’s a genius.

FS: Did Trakhanov’s art sensibilities affect how you approached writing the script?

AP: Yes, actually. I’d obviously read Undertow (Artyom’s collaboration with the great Steve Orlando) before he came aboard, so I had a good idea of his extraordinary capabilities. To give you an example, I knew Artyom could eat pages with high panel counts for breakfast so I deliberately made the action choppier. He responded by cracking his knuckles and in some cases going even further. Make no mistake, it’s a dance.

FS: Without giving too much away, what was your inspiration in creating “the Management”?

AP: I suppose I began to conceive of them quite early on as a kind of absent abusive father, you know? They’re this very stern authority figure that was absolutely reviled, but now they’ve gone all the structure’s gone with them. The human population could rely on Management’s cruelty if that makes sense, but now they have to figure things out for themselves: justice, government, a market economy. Management withdrew and good riddance, but what now?

FS: Marta Gonzalez, the title’s main character, has a past that might not make her many fans among the humans left on Earth. The tagline of the pitch is “Don’t call it redemption.” What do you think Marta is looking for, then?

AP: Like everyone else in the new post-Management settlement she’s looking for a fresh start, but she can’t seem to get clear of the past. More to the point, she doesn’t know whether she deserves to get clear of it. Her actions as a Management-loyalist cop didn’t feel immoral at the time because there was diffusion of responsibility all along the chain of command, but now that guilt’s coming home to roost. She knows she’s damned already, so I suppose what she’s looking for is truth. There were too many secrets under the Management regime, and Marta’s not one to let blood in the wind go, no matter how old the scent might be.

FS: The book looks to explore how oppression changes the spiritual DNA of a people and what happens when the oppressors leave with no clear person or persons to fill that void. The fan of political science makes me giddy to read the rest of the story. How much research went into writing the book?

AP: Less than there should have been because there’s no way to really do the topic justice. I did what I felt was my due diligence at the time, but the reality is that each instance of oppression is unique. With that in mind, I’m relieved that I opened the story up to make it more universal. Giving it a fixed metaphorical reference point would have been a huge blunder because it would never have been detailed enough to offer much more than a highly tendentious snapshot. I wanted the book to provoke discussion, so for that reason alone I knew I had to shut down as many neat conclusions as I possibly could.

FS: Were there any real-world events that particularly impacted how you wrote Turncoat? Any regime changes across the globe? I’d say you have quite a few to choose from!

AP: Sadly, yes. It was quite literally an embarrassment of riches. As I mentioned before, the post-Anglo Irish War period and the post-Iraq invasion periods were key pillars of the book, but it would have been irresponsible to leave it there. I also read up on the various famines caused by the British in India, and on the colonial powers’ culpability in the 1994 Rwandan Genocide. The conclusion I came to was that occupations never really end. Invading forces may withdraw, but the footprints they leave take centuries to fade.

FS: How would describe the populace of Earth now that the Management has left? I’d imagine that after years of being under the yoke of oppression that the people are wrestling with a good deal of conflicting emotions.

AP: Exactly, yes. The emancipated people left behind are hugely conflicted. Management’s all they’ve ever known, so although they hated them for the most part, any blueprint for breathing free air is way, way out of living memory. They’re making it up as they go along, and of course when the subject of power arises, they can only really see it in terms of their experiences so far. Management may be gone, but their influence is still very deeply felt. That’s the tragedy of the story as I see it.

FS: What are the things you want readers to take from their experience with Turncoat?

AP: As ever, I want them to be entertained first and foremost. That’s the job. Anything else is a bonus of course, but if they like a few greens with their steak in the form of a pretty crunchy subtext then we’ve got them covered there too. We’re a full-service operation.

Pakandel & Trakhanov’s Turncoat #1, written by Alex Paknadel with Artyom Trakhanov on art, is on sale this March from Boom! Studios.