Wednesday is New Comic Book Day, the comic fan’s holy day of the week! Here are a few books that have us grinning like idiots this week. 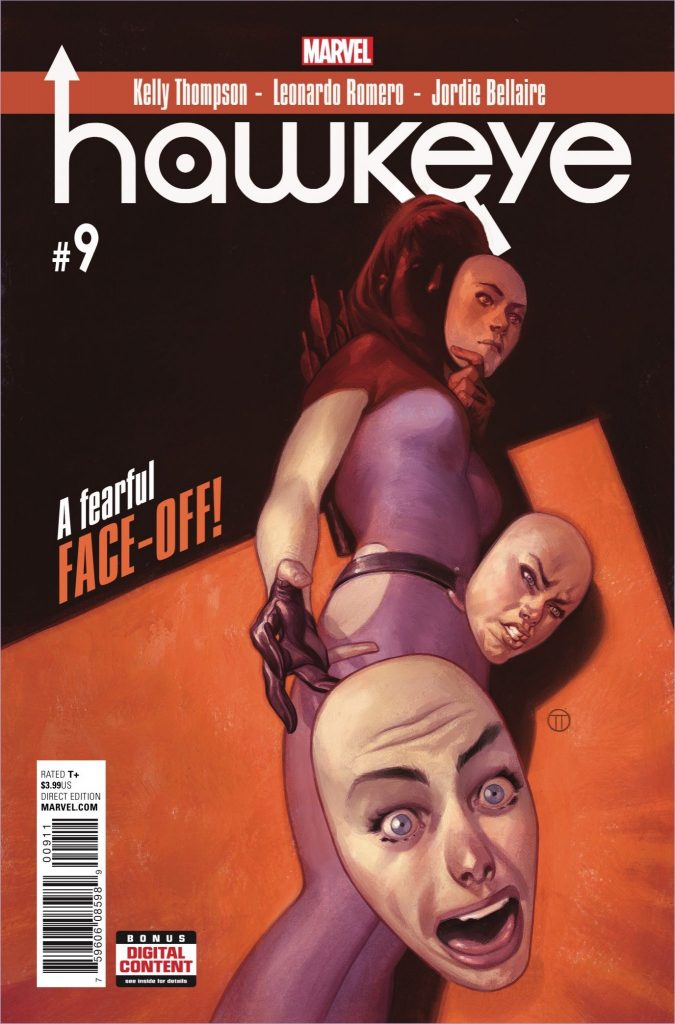 The entire creative team on Hawkeye continues to engage us, month in and month out, showing us a Kate Bishop who is constantly attempting to do the right thing, regardless of the consequences to her own safety and sanity. Hot off the heels of her not-at-all smooth confrontation with her father, Kate has taken on a case that has her tracking own another missing dad, with an underground fight club thrown in for good measure. Wait, should we even be talking about this? Is this against the rules? Whatevs, singing the praises of Hawkeye is totally worth it. 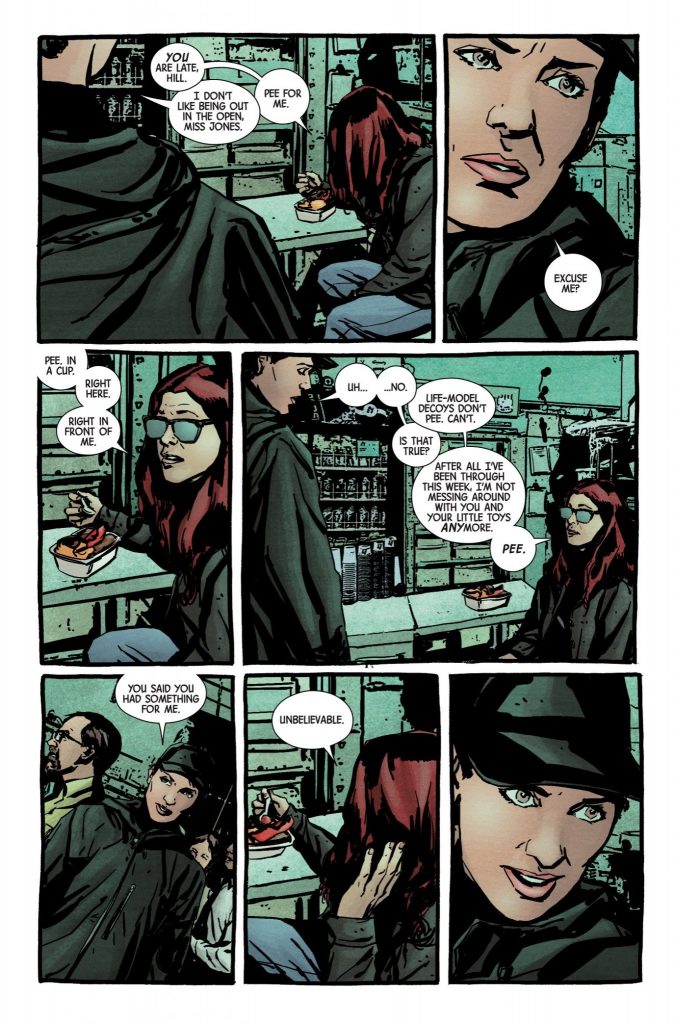 Writer Brian Michael Bendis and artist Michael Gaydos’ astounding run on Alias, which introduced the world to former superhero-turned-private investigator Jessica Jones, brought a grit and sass to the Marvel Universe that we didn’t know was lacking until it appeared. Bendis and Gaydos continue that whip-smart work on Jessica Jones, which doesn’t let up on Jess’ woes and down-her-luck disposition. Following hiccup after hiccup with Life Model Decoys and folks trying to kill her, she’s taken to asking for urine samples from clients so that they can prove who they are. That’s about the funniest, most surreal thing that’s showed up in a Marvel comic in a bit–and that’s including a Hydra-Cap–and that’s pretty nifty. 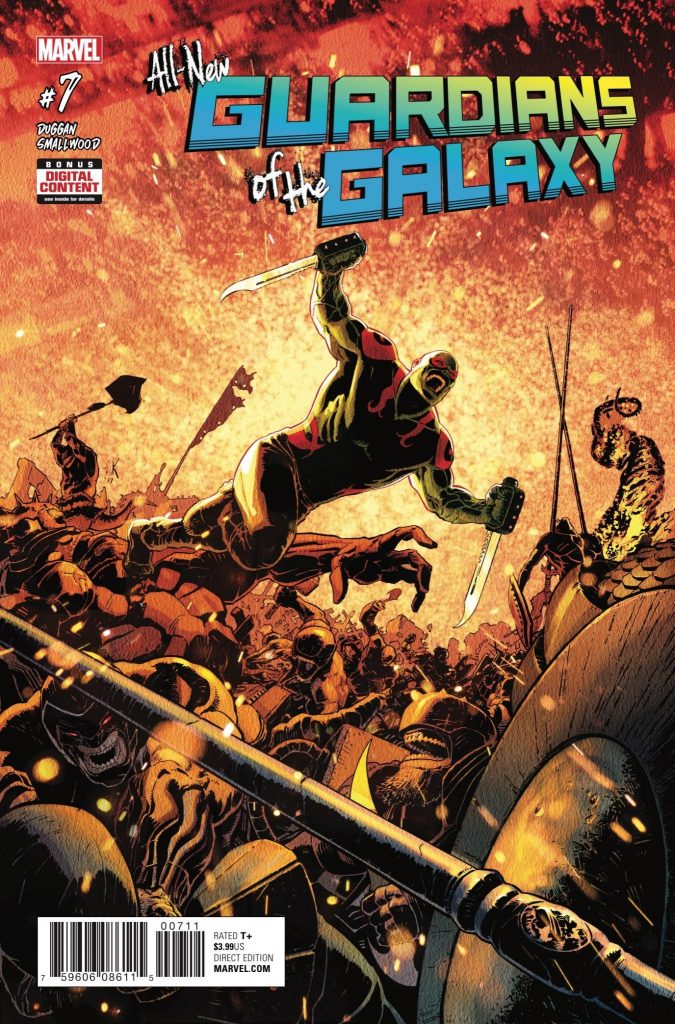 The debut issue of All-New Guardians of the Galaxy saw a Drax the Destroyer who was not so much a destroyer anymore, instead walking the path of the pacifistic. Issue #7 will tell us the whys and hows behind that transformation, filled with the novel, chucklelicious writing and crisp, dynamic linework Gerry Duggan and the whole team have brought with each installment thus far. 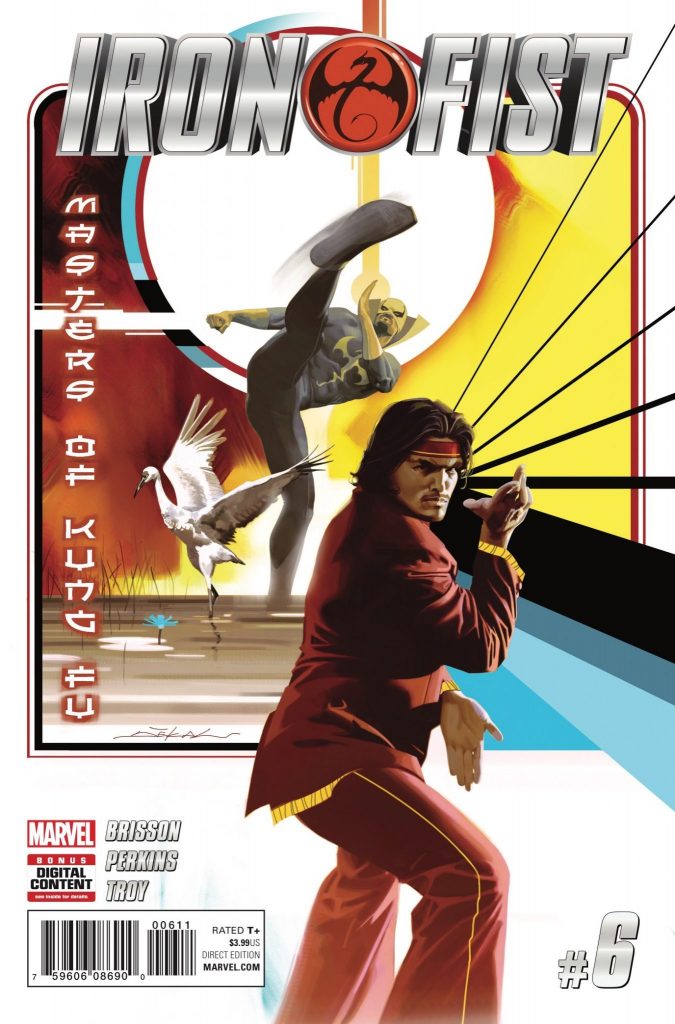 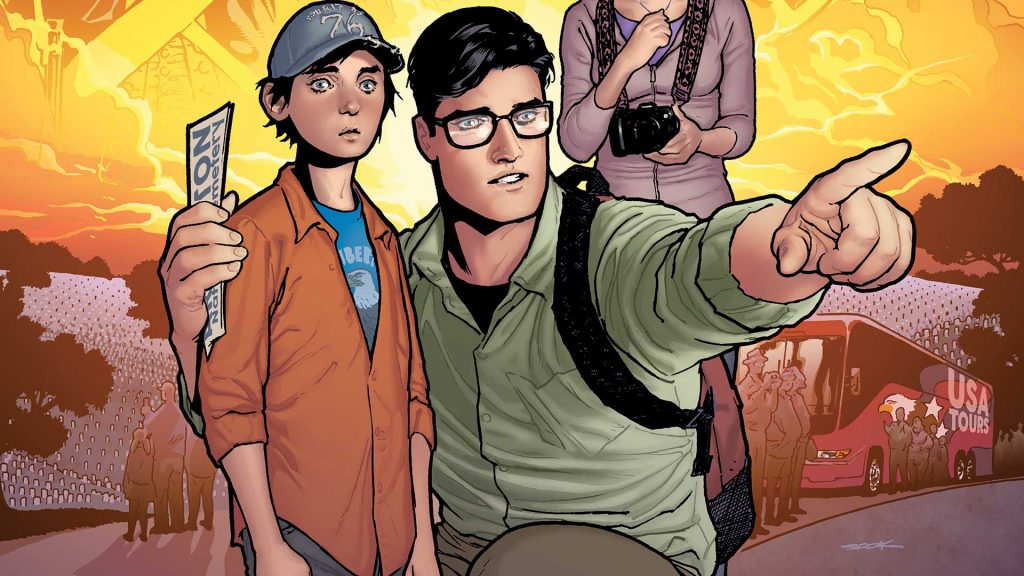 The creative team of Patrick Gleason, Peter J. Tomasi, and Scott Godlewski offer a self-contained story featuring the Kents visiting war memorials in Washington, DC and ruminating on the true nature of heroism. Godlewski’s work mixes modern with classic, which fits into this pleasant tale of family vacation and togetherness. And Superman doesn’t even have to fight some super-powered jerk while at the nation’s capitol. That’s kind of refreshing. 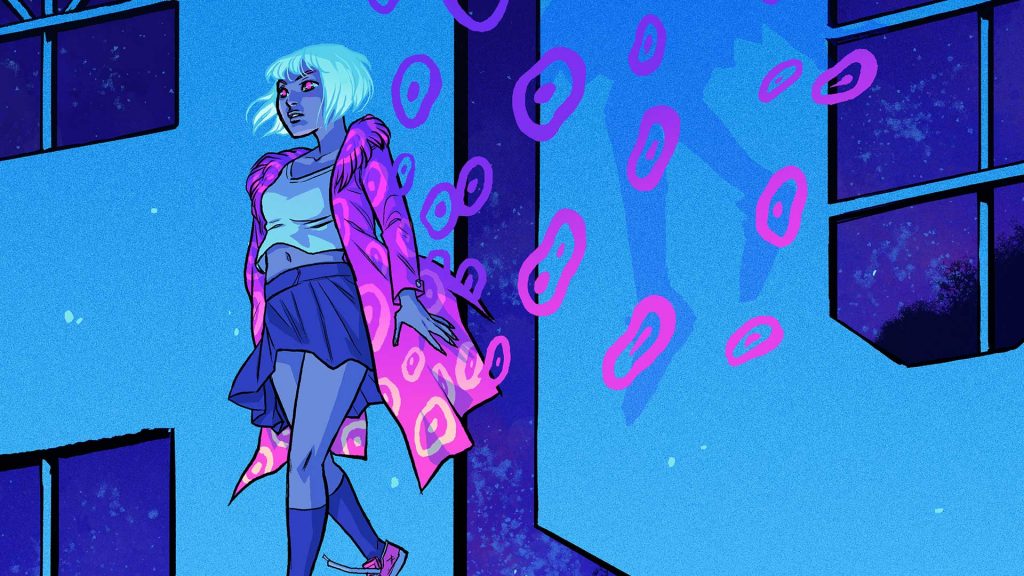 Shade seeks out her favorite actress while being pursued by Meta. Re-read that sentence. Damn, this book isn’t afraid of going down rabbit holes to see where they lead, mixing character growth and shooting-for-the-moon storytelling that make it one of the most daring and unique books on the stands. Bless artist Marley Zarcone, writer Cecil Castellucci, and the whole Shade team for bringing us a series of self-discovery and tripping through life each issue. 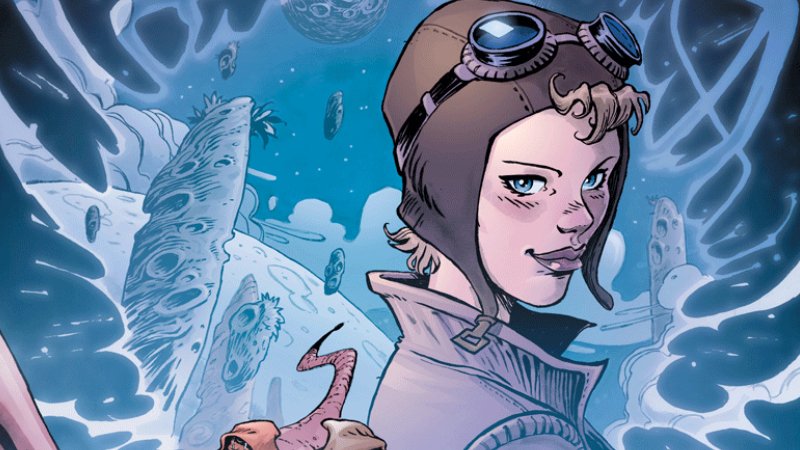 What happened to pilot Amelia Earhart after her fabled flight left her missing into perpetuity remains a mystery and has been a source of speculation for years. Writer Jay Faerber and artists Ron Riley and Sumeyye Kesgin use that mystery as a springboard for a beautifully rendered, gripping tale of fantasy and flight in Elsewhere. Therein, Amelia finds herself contending with a world of fantasy the likes of which she’s never seen and must reevaluate her role in the world and what she will do in the face of injustice. A must-read for fans for mystical beasts and/or history’s mysteries. 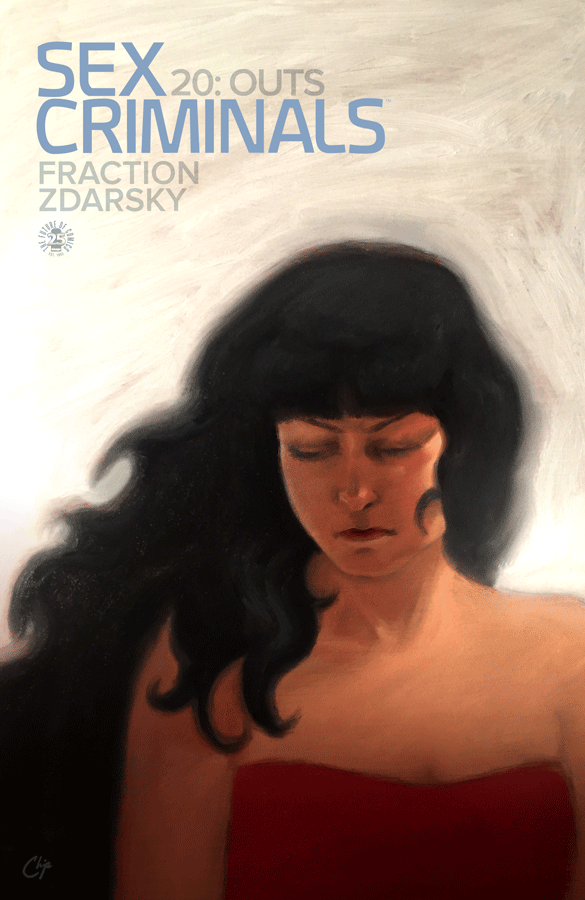 Any day with a new issue of Sex Criminals is a good day. Issue 20 wraps up the current story arc which will leave things all up in the air. And with Matt Fraction and Chip Zdarsky, you never know what that means, other than it’ll be weird as Hell, pretty to look at, and make your think’em go into overdrive. 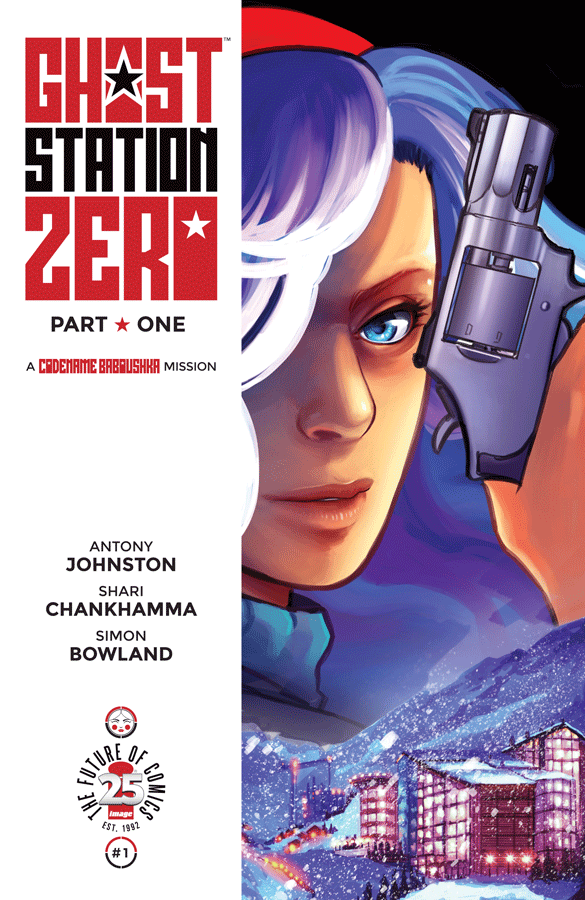 Cold War intrigue + spy vs. spy action + the creator of Atomic Blonde = instant buy. (Shari Chankhama’s linework is easy on the eyes, too.) 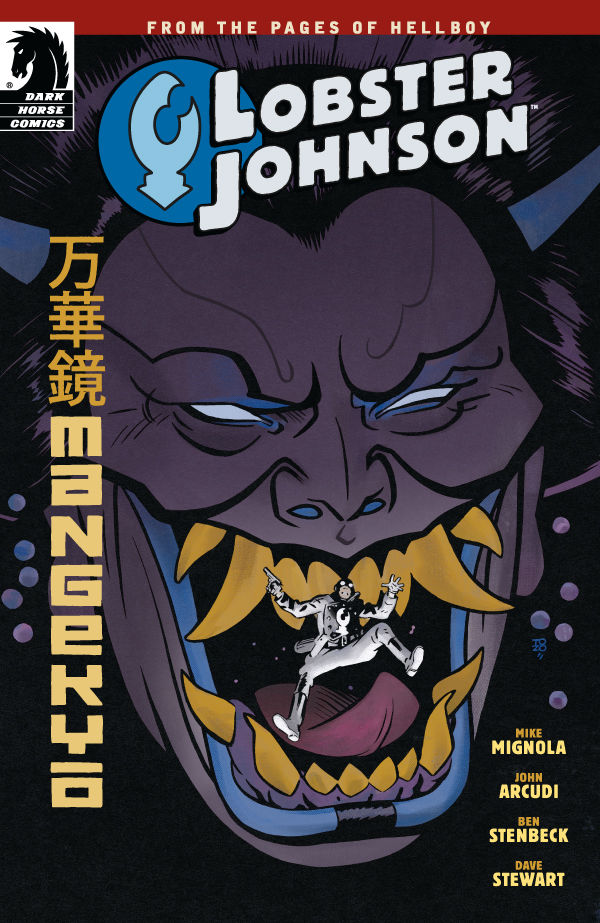 Lobster Johnson’s feats of derring-do are always a joy, and Mike Mignola, John Arcudi, Ben Stenbeck, and Dave Stewart use Mangekyo is explore of the Hellboy universe’s most unique and vexing enemies that has crisscrossed her way through Hellboy and company’s lives. Mignola keeps demonstrating that while Hellboy might be gone, there are still a slew of stories to tell in the world he’s crafted and continues to curate. 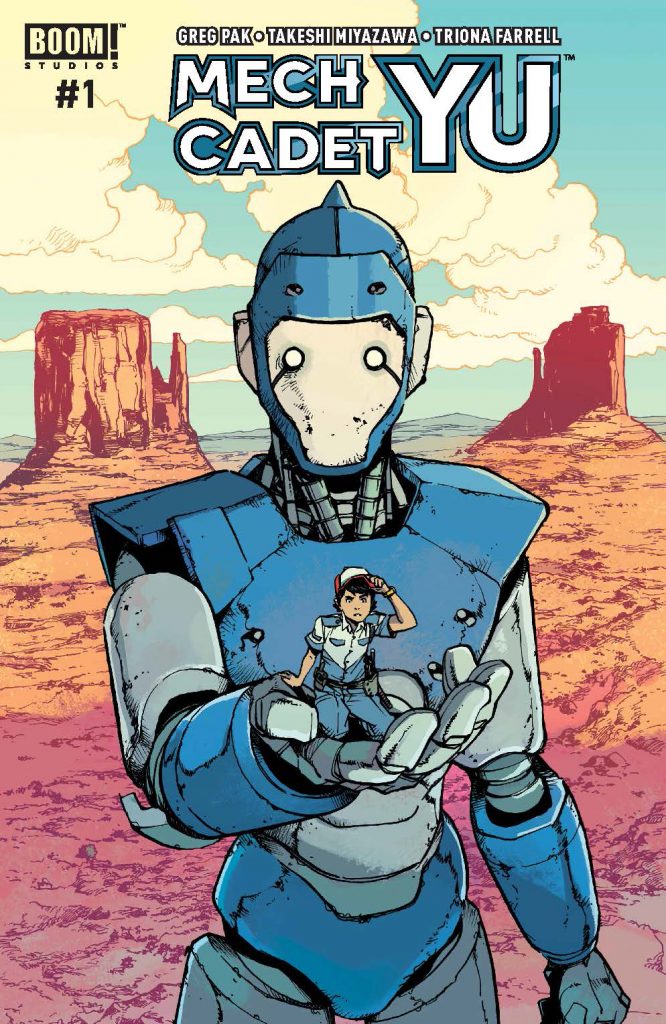 An alchemy of The Iron Giant and Pacific Rim, with Totally Awesome Hulk thrown in for good measure, Mech Cadet Yu has an all-ages feel without ever once giving off an air of pandering. A robot who is supposed to bond with a young’un to defend the planet against alien invaders endings up bonding with the wrong young’un. Lessons are learned. Or not. Not that darker comics don’t have their place, but Mech Cadet Yu is a refreshing change of pace from the oppressive drum und strang that sometimes permeates the newsstands. 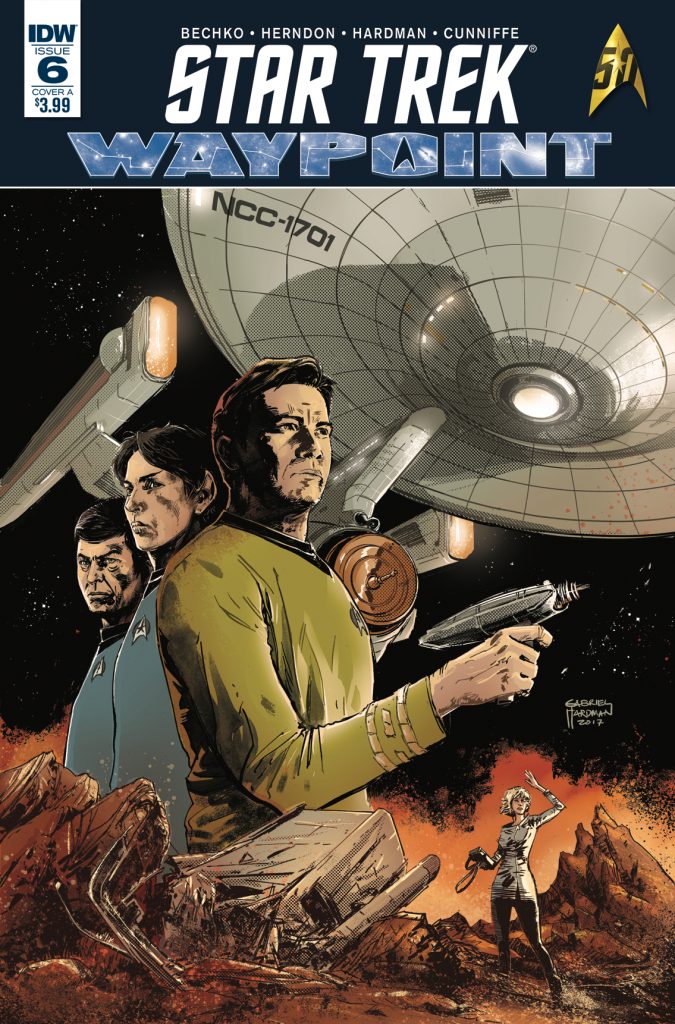 It’s a tragedy that Waypoint is merely a miniseries, as it’s consistently been one of IDW’s enjoyable books, offering some of the most engaging Star Trek stories to grace the comic book medium. To cap off the mini, issue #6’s tales focus, respectively, on Nurse Chapel–who we’re heartened is getting the love she deserves–and Captain Kirk, who has to work with Romulans–always a pleasant experience for the head of the Enterprise. 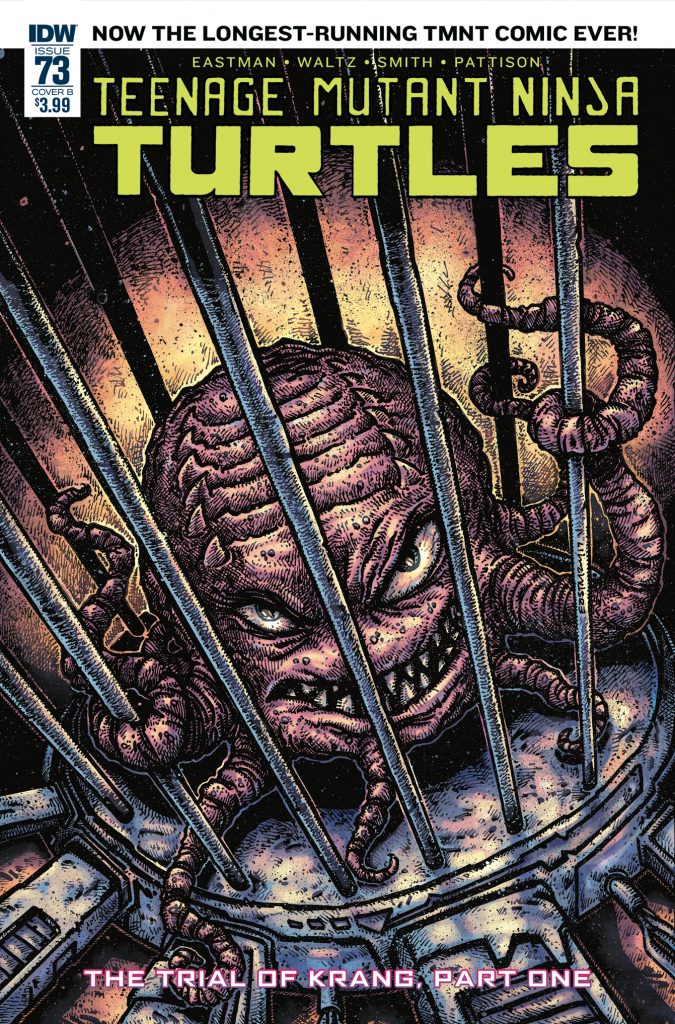 The first installment of “The Trial of Krang,” issue #73 offers up some Dimension X goodness (which you can also find over at this week’s Teenage Mutant Ninja Turtles: Dimension X #1). Turtle tales are never as great as when they’re off-the-wall weird, and an appearance by the brain-shaped warlord Krang always promises the crazy.