Brothers Anthony and Joe Russo’s third directing foray in the Marvel Cinematic Universe hits theaters this Friday with Avengers: Infinity War. Prior to helming their first MCU film, however, the Russos might be best known for directing episodes of cult classic television series like Arrested Development and Community. And while the spotlight may be on them more brightly because of their Marvel Studios work, they have obviously never forgotten their TV roots, casting actors from Community in bit roles in their previous films of Captain America: The Winter Soldier and Captain America: Civil War.

Back in 2016 while speaking about Infinity War, the Russos hinted that we may yet again see a Community alum pop in the Thanos vs. Everyone melee. While we wait to see whether a Community alum will actually make it into Avengers: Infinity War and, if so, speculate who it will be, here are some of the cast who’ve popped up already in the MCU, both in the Russos’ films and elsewhere.

Pudi makes an appearance in the last third of Winter Soldier, the Russos’ first Marvel film, as a comm tech in the room when Captain America, Maria Hill, and the Falcon infiltrate SHIELD headquarters. He quickly backs away from his station when the crew comes in. Safe to say, audiences were thinking Abed’s trademark “Cool, cool, cool” when the Community alum showed up on screen.

You may not recall Himelstein’s turn as “Soul Patch” Simmons; he was only in one episode of season 1 as Greendale Community College’s Annie and Jeff’s arrogant and insufferable debate team rival from City College. However, his role as Klein in Winter Soldier has him shining as one of the film’s most heroic figures. In charge of launching the Insight Helicarriers at SHIELD, Klein refuses to initiate the launch sequence after Captain America reveals SHIELD has been infiltrated by HYDRA, even in the face of death from HYDRA agent Brock Rumlow. 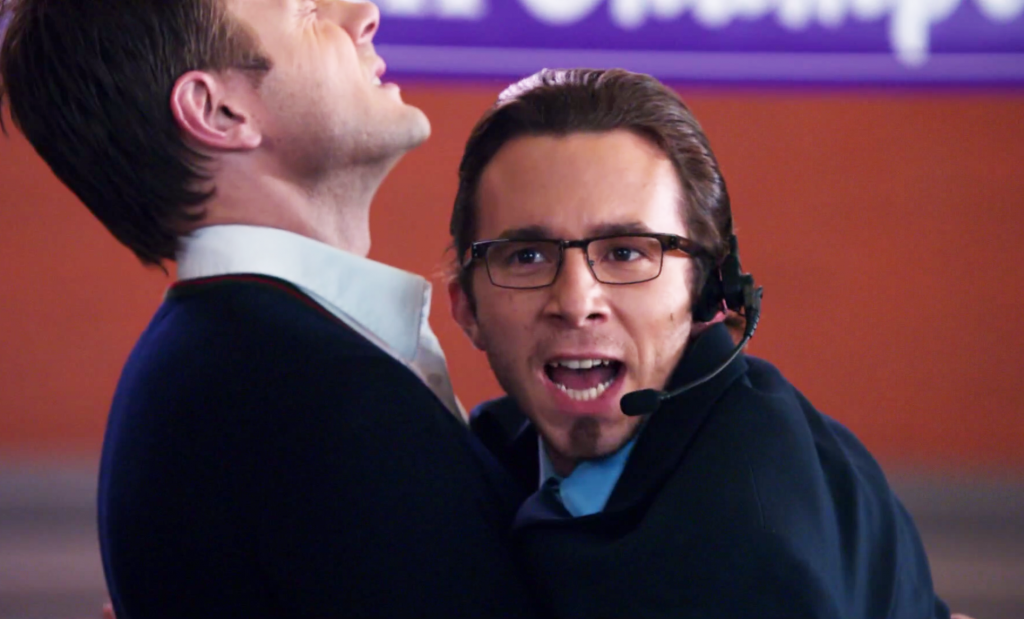 Following the dissolution of SHIELD, Klein aided Nick Fury and Maria Hill and other former SHIELD agents to help man a Helicarrier in an effort to evacuate the citizens of Sokovia during Ultron’s assault on the city in Age of Ultron. Simmons may have been a skeeze, but Himelstein’s Klein is a stark contrast to Soul Patch’s eyeroll-worthy nonsense.

Rash portrayed Greendale’s Dean Pelton for all six season of Community, splitting his time between attempting to elevate the prestige of the community college and trying dozens of fantabulous outfits. In Civil War, however, Rash played another dean, moving on to the greener pastures of M.I.T. Rash’s character was on-hand when Tony Stark fully funded every student’s project with his September Foundation Grant, even attempting to get a piece of the pie with his idea for self-cooking hot dogs.

You can take the dean out of Greendale, but you can’t take Greendale out of the dean. 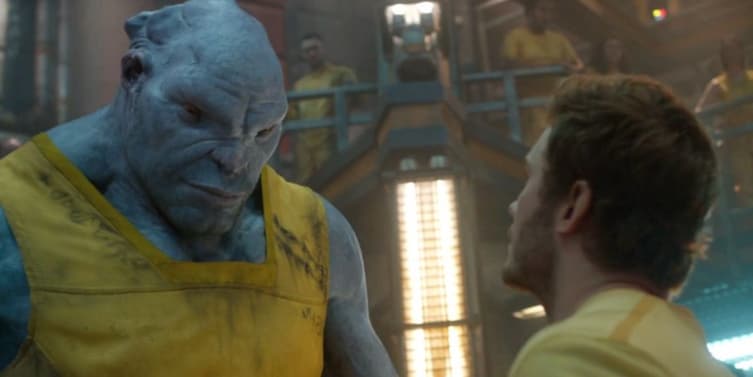 Nathan Fillion in GUARDIANS OF THE GALAXY

Actor Nathan Fillion only showed up in two episodes of Community as chief custodian Bob Waite, but he’s still a veteran of the show. The actor has long been a mainstay in James Gunn’s productions, appearing in every one of Gunn’s films to date. As such, fans were curious as to see where he’d pop up in Gunn’s Guardians movies. And pop up he did, although in a bit part as the voice of the blue prisoner who knocks Star-Lord around—and gets a beatdown for it by Groot—in the first Guardians installment. 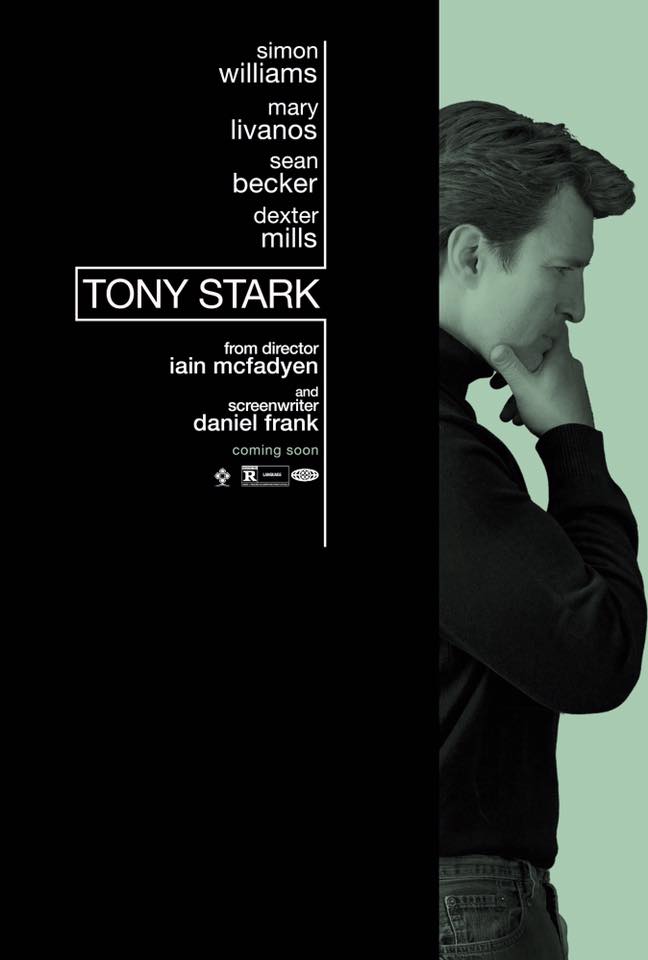 In Vol. 2, Fillion appeared in one-sheet posters for movies in the Marvel Cinematic Universe as actor Simon Williams, who comic fans recognize as the Avenger known as Wonder Man. Among other films that Fillion-as-Williams appears in is apparently a Steve Jobs-inspired biopic about Tony Stark! Unfortunately, the scene in which the posters appear was cut, but Gunn gave us a glimpse of what could have been.

A far cry from his turn as a member of Community’s study group, Glover appeared as Aaron Davis, who was attempting to purchase illegal alien weapons from the Vulture’s goons when Spider-Man broke up the deal. Later on, Spidey asked Aaron for leads on the Vulture’s guys, which Aaron gave up, showing that he was more than a thief.

In the Ultimate Marvel Comics universe, Aaron is the villainous Prowler and uncle to the Miles Morales incarnation of Spider-Man.

Starr only appeared in one episode of Community as a professor who had a zealous love for model United Nations competitions and had a surname that could be pronounced two different ways. That love of competitions carried over into his character in Homecoming as a teacher and sponsor of the academic decathlon team of which Peter Parker was a member. Luckily, his character’s last name was not as unfortunate this go-around. 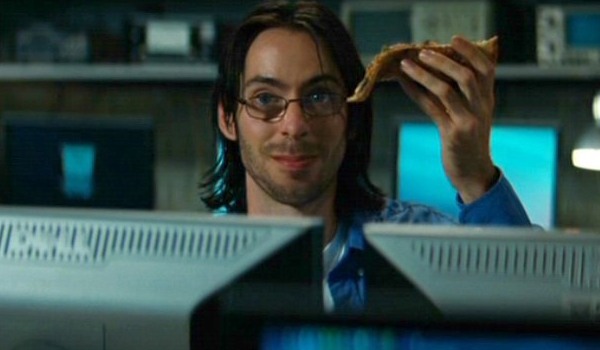 Starr in THE INCREDIBLE HULK

Starr also appeared as a student with whom Bruce Banner shared pizza in The Incredible Hulk. Double-duty! 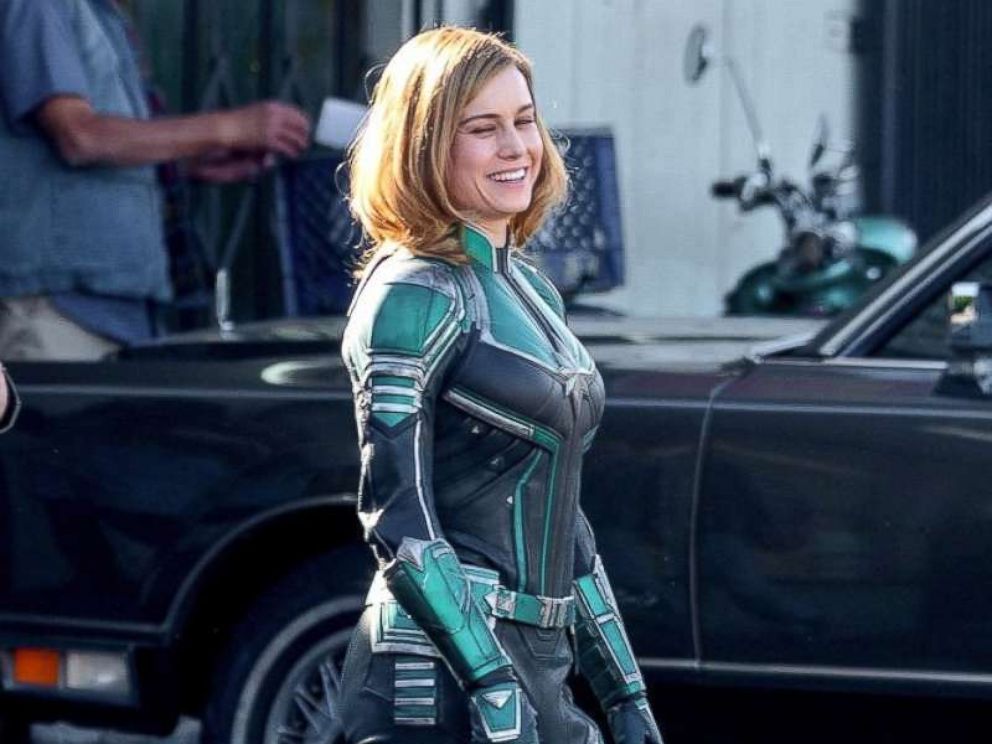 Playing the role pitch-perfectly, Larson showed up for three episodes of Community as Abed’s girlfriend, the longest romantic relationship he’s shown to have had on the series. Since that time, she’s gone on to silver screen roles in The Glass Castle, Kong: Skull Island, and Room, which earned her an Oscar. While Captain Marvel technically doesn’t hit theaters until March 2019, her Community-MCU connection still totally counts. And though the Russos have said she won’t appear in Infinity War, we won’t know for sure until the film debuts this Friday.