Depending on the political climate and who is in political office in the United States, there’s always a danger of government funding being cut from Planned Parenthood. This is a travesty, as Planned Parenthood provides health services to those in need every day. As such, ComicMix Editor-in-Chief Mike Gold and co-editors Molly Jackson and Joseph Corallo wanted to do their part to help this crucial organization; thus the Mine!: A Comics Collection to Benefit Planned Parenthood Kickstarter campaign was born. To that end, Gold, Jackson, and Corallo have assembled a whole host of comic talent–including Neil Gaiman, Gail Simone, Stuart Moore, and Devin Grayson–to contribute stories to the cause.

I spoke with Ms. Grayson recently about her involvement in the Kickstarter, her contribution to the collection, and why Planned Parenthood is so important. 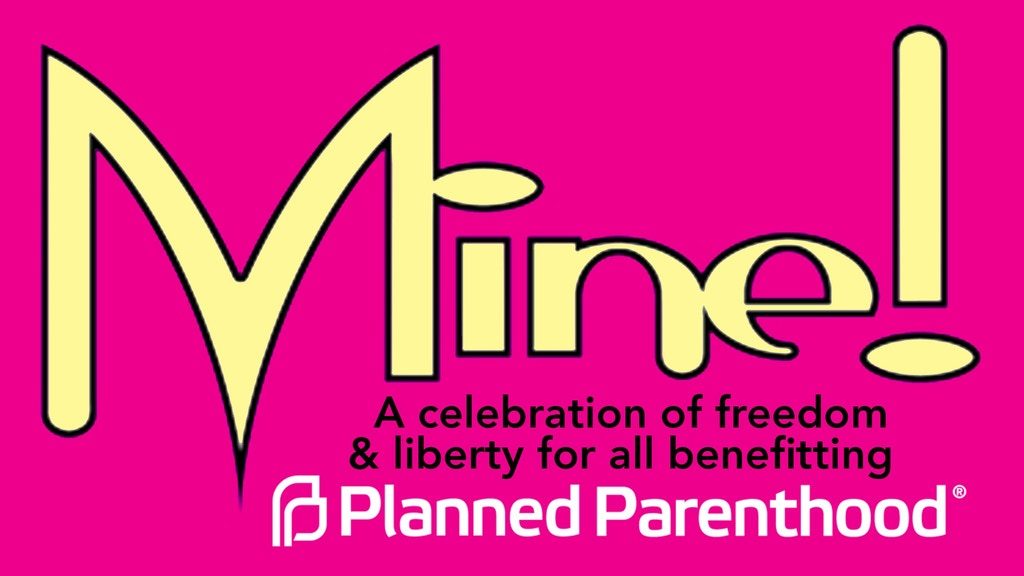 FreakSugar: What can you tell about how the Mine! Kickstarter came about?

Devin Grayson: My understanding is that the project came to be because back in December of 2015 Molly Jackson and Joseph Corallo decided that, as contributors at ComicMix, they wanted to do something special. They thought an anthology would be perfect. So around March 2016 they got in touch with Planned Parenthood and worked their way up the chain there, pitching this amazingly creative idea. People tend to think this book is in reaction to the election, but according to Joseph, the election actually grinded the project to a halt for months!

FS: There are a bevy of talented folks—you included!—who are involved, across various media, contributing to the Kickstarter. How did you become attached to the project?

DG: Isn’t the contributor list amazing!? You can absolutely read it as a testament to how appreciated Planned Parenthood is—we all wanted to lend our voices and talents to the cause of supporting this amazing organization.

I became involved when I was contacted by Joe over at ComicMix. He explained the project—how it will be a first of its kind for Planned Parenthood and how they’re celebrating their centennial in the midst of these enormous challenges–and asked if I’d be interested in contributing a story for it. I was absolutely delighted to have the opportunity to use my skill set to help out.

I first became aware of the work Planned Parenthood does in high school. In my sophomore year I volunteered as a teacher’s assistant for a class called Social Living at Berkeley High. The teacher, Nancy Rubin, was extraordinary – one of those teachers who changes lives every day just by taking her students and the information she shares with them seriously. We had a representative from Planned Parenthood come in one week and because I was TAing I got to hear her presentation five times. And every single time she talked about something different—both because the teens in the class had so many varied questions and because there were so many Planned Parenthood programs for her to discuss. I was completely blown away by how much work they did there and how diverse it was. There’re the incredible health services–currently, they’re operating more than 600 health centers nationwide with an emphasis on preventive care: preventing unintended pregnancies through contraception, preventing the spread of sexually transmitted infections, and preventing cervical and other cancers through screening—but then they also do great work educating, disseminating information and working globally to make sure women, men and young people everywhere have access to the information and care they need to lead safe, healthy lives.

I’ll be honest—I don’t always throw my support behind organizations that focus on the welfare of people. Maybe it’s because I harbor an unhealthy sympathy for Ra’s al Ghul, but I tend to save my money for environmental charities and my energy for LGBTQ community support. Planned Parenthood allies with both of those causes beautifully, though, and it’s difficult to think of an organization more worthy of celebration and support.

FS: You’ve been in the comics business for years, so you bring that experience with you to Mine! How would you describe your contribution to the Kickstarter?

DG: If I’m counting correctly – and there’s absolutely no guarantee of that! – this is my twentieth year writing professionally. My contribution to Mine! consists of a four-page script about Teen Council, Planned Parenthood’s award-winning peer education program. It empowers teens to educate their peers about healthy sexuality and relationship issues and of course reminds me a lot of that amazing Social Living class I was discussing earlier.

The story’s being drawn by my Womanthology: Heroic! partner, Eugenia Koumaki. She sent me pencils earlier this week and I’m thrilled with everything she’s done!

FS: There have been dangers to Planned Parenthood’s funding in the past, but, in recent years, the risk of major cuts has been greater than ever. Do you think that launching the Kickstarter now is a direct response to that?

DG: I did, but it turns out that Molly and Joe had the idea all the way back in 2015! Planned Parenthood was challenged then, too, of course—especially regionally. But the kind of pressure they’re under now is Next Level, despite the fact that public polling consistently shows the majority of Americans opposing federal funding cuts to the organization.

I’ve always been impressed with the work Planned Parenthood does overseas in places like Latin America and Africa, where there are political, religious and social barriers blocking access to education and health care. Planned Parenthood’s centennial anniversary has been a great time for me to remind myself, though, that they’ve been using those same political and organizational skills right here in the States to safeguard our access to similar educational programs and services for literally a century. I think at some level it’s always been an uphill battle and, lucky for us, they’ve got quite a vanguard over there.

FS: How will the project ultimately support Planned Parenthood?

DG: Stories are so powerful, and the comics in this anthology are helping to dispel myths about Planned Parenthood while advocating the truth about the organization and the importance of body autonomy. I love the wild diversity of the stories in this book—we’ve got everything from the expected biographies of women’s rights pioneers to superhero space adventures and all-new Greek myths. There are deeply personal stories, fantastical adventures, intimate looks at the way reproductive health services impact lives both real and fictional, detailed explorations of the past and glimpses at futures we might yet avoid.

The stories in this book are being created with complete freedom, so it’s an amazing opportunity to get to know the writers and artists who have contributed on a whole new level; how our minds work, what we care about, what we want to make sure you know. It’s going to be an astonishing compilation, and all the net proceeds go to Planned Parenthood.

FS: What kind of rewards can contributors expect from the Kickstarter?

DG: Rewards include the book, a t-shirt designed by Dean Haspiel, access to the ComicMix digital library including Jon Sable and Grimjack, signed book plates, and a fine art print by Mark Wheatley!

As of this interview, the Mine! Kickstarter has 15 days to go and is just shy of $18,000 of reaching its $50,000 goal. Please considering to this worthwhile cause! Let’s get the Kickstarter well over the finish line!