The six Infinity Stones are some of the most powerful relics of the Marvel Universe, each giving the user ultimate control of power, the mind, the soul, reality, space, and time. Used in unison, the possessor wields the power of a god. It’s no wonder, then, that so many would-be universal conquerors would seek the Stones in an attempt to gain complete dominion over all that is.

Now they’ve popped up in the Marvel Universe once again, with several players–both on the sides of light and darkness–scrambling to get their hands on them. Of course, there are some who’d rather have nothing to do with the Stones, knowing that associating with that kind of might leads to nothing but trouble. One of those folks is Natasha Romanov, the Avenger/super spy known as the Black Widow, who many currently think to be dead, which is just fine with her. However, as we saw recently in Infinity Countdown, the also back-from-the-dead himself Wolverine left Nat something very important to safeguard: the Space Stone, much to the Widow’s dismay.

And as we see in our exclusive preview of Infinity Countdown: Black Widow #1–written by Gerry Duggan (who’s also writing the main Infinity Countdown title), art by Nik Virella and Brent Schoonover, colors by Cris Peter, and lettered by Cory Petit–the interest of other parties has it made it irritably difficult for Natasha to stay low and out of sight. Duggan crafts an inner monologue for the Widow that is annoyed but still light, even as she begins to enjoy the practical benefits of the Stone. Schoonover and Virella keep Nat’s movements appropriately grounded when necessary, but light and whimsical when the otherworldy powers of the Stone creep into her life at opportune times. Peter’s color palette alternates between dark and light, reflecting the duality of both the story Duggan has written and the action Virella and Schoonover have rendered. Petit is, as always, a pro and one of the best in the business, choosing letters that creep up on readers in their subtle dynamism. 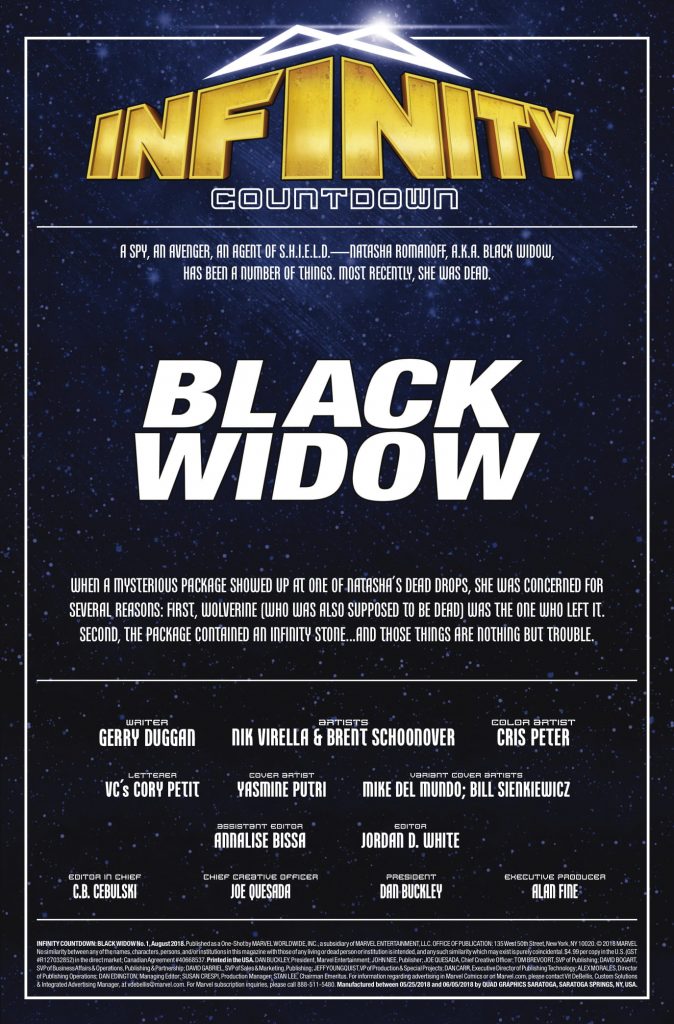 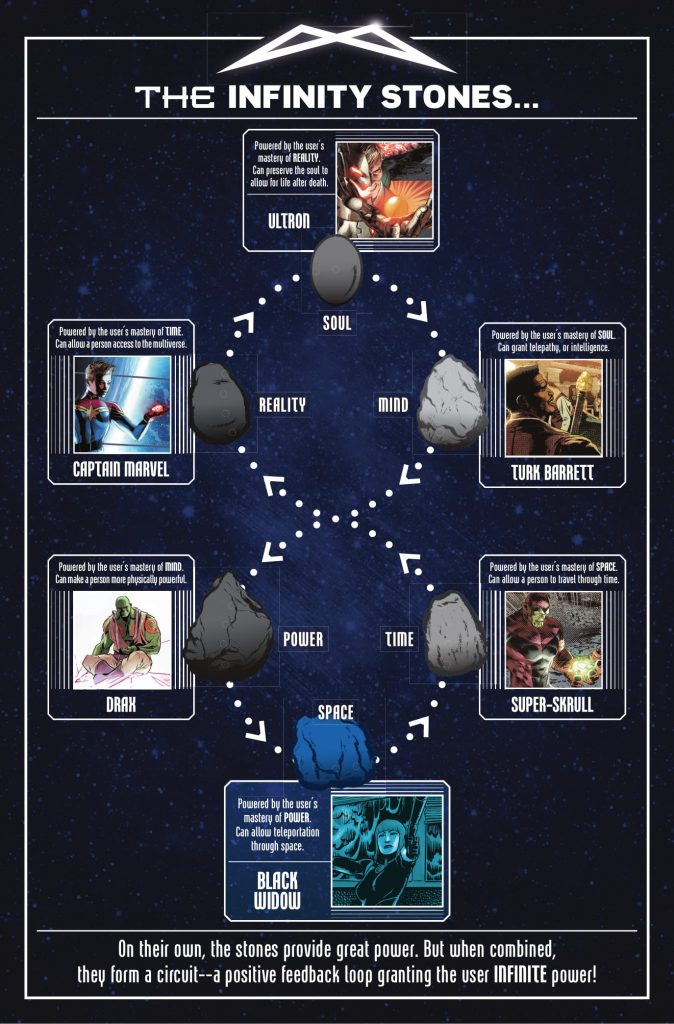 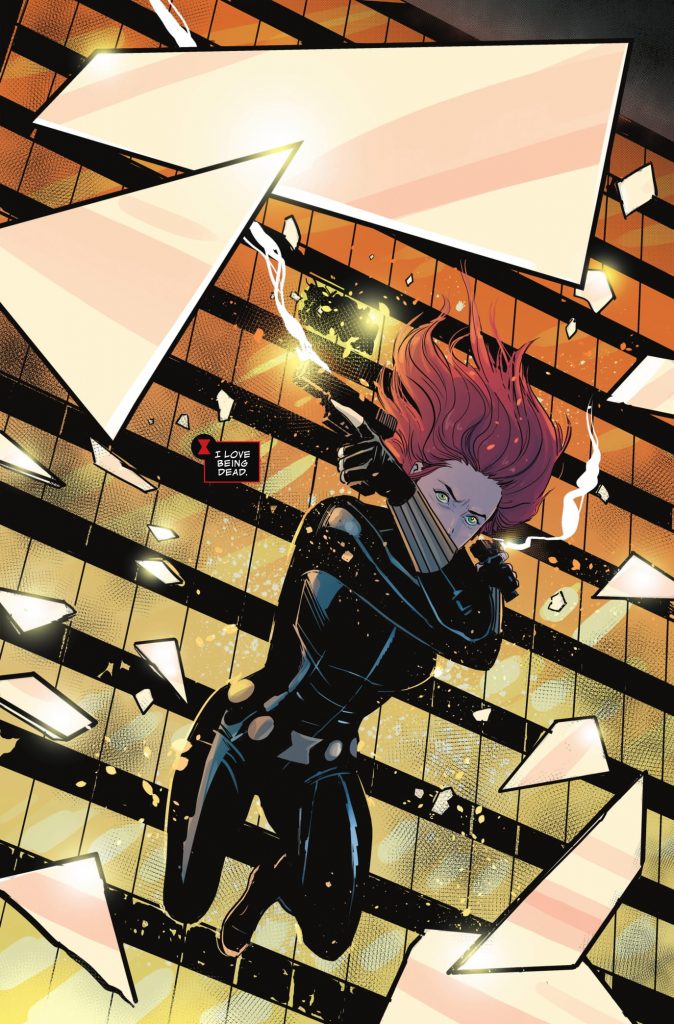 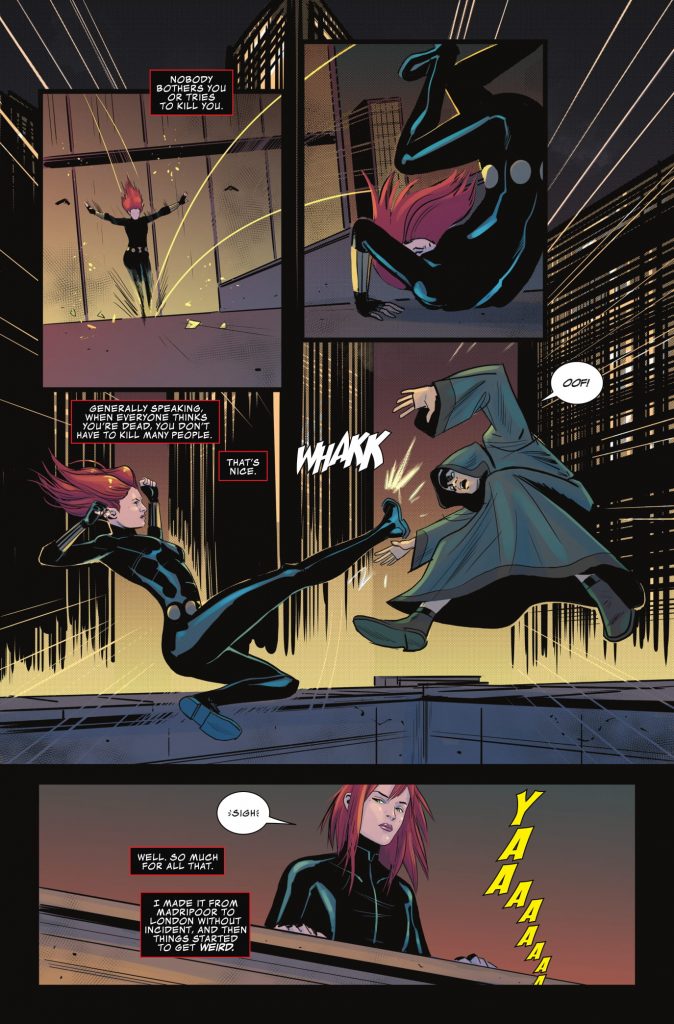 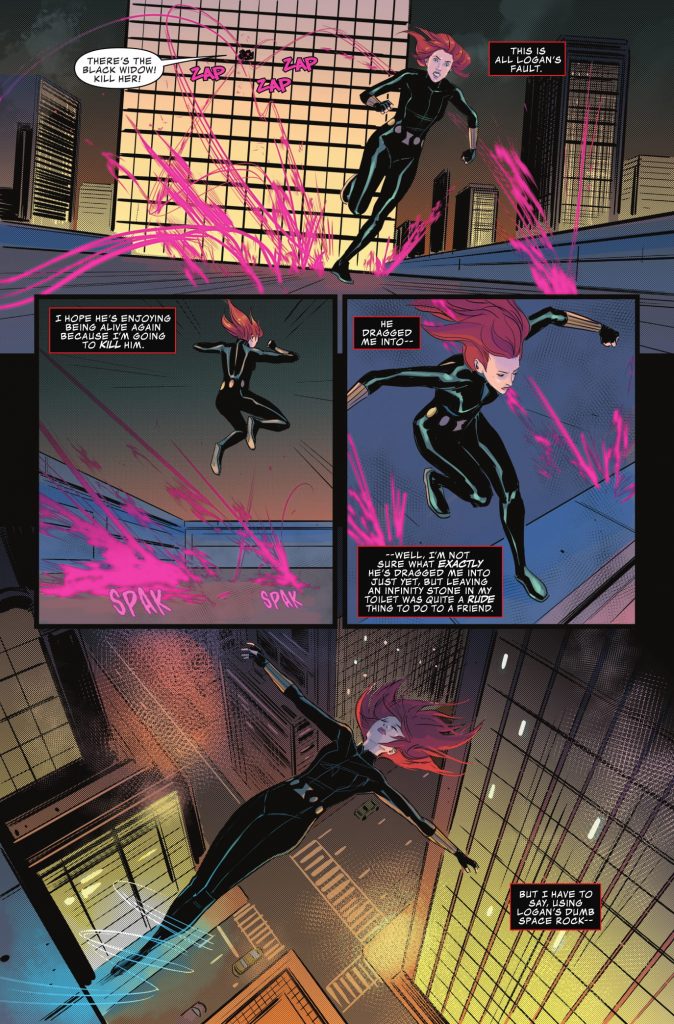 Given the incredibly powerful Space Stone to look after by an old friend, Black Widow has no intention of letting it fall into the wrong hands…but is even the top espionage agent in the world ready to handle cosmic responsibility?