Writer G. Willow Wilson, artist Jesus Merino, inker Vicente Cifuentes, and colorist Romulo Fajardo Jr.–the creative team behind DC Comics’ Wonder Woman series–have been looking at the Wonder Woman legacy in a different light that breaks new ground for the character and her world. That’s certainly the case in next week’s issue of Wonder Woman, as Diana must contend with the villain Cheetah, who wields a sword that can lay waste to gods and goddesses–not the best of news for the hero. Learn more in our EXCLUSIVE preview of Wonder Woman #77! 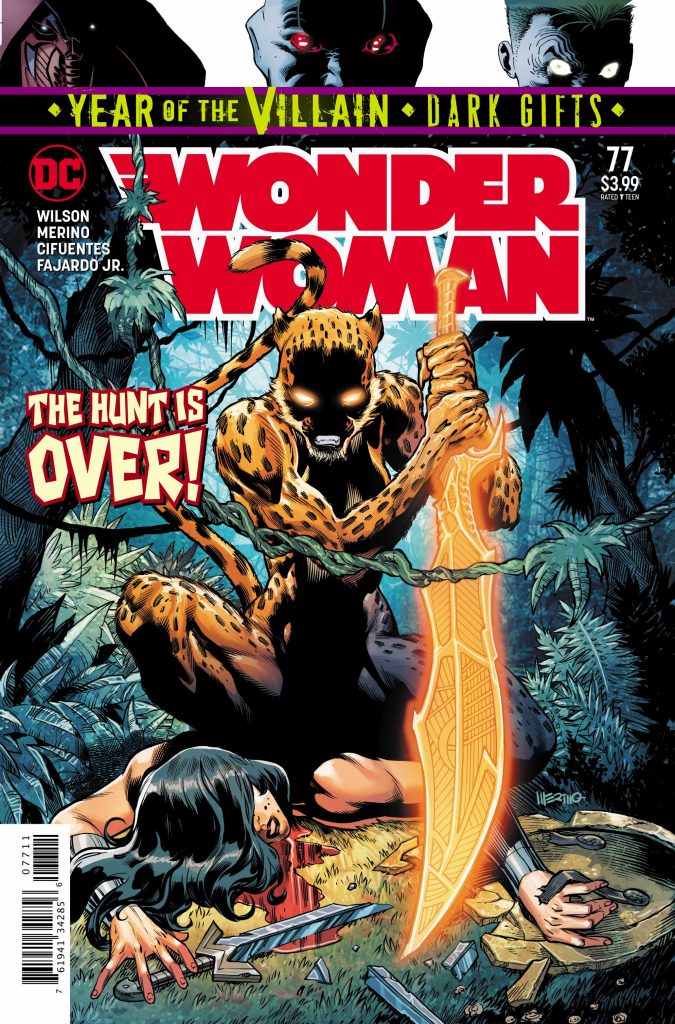 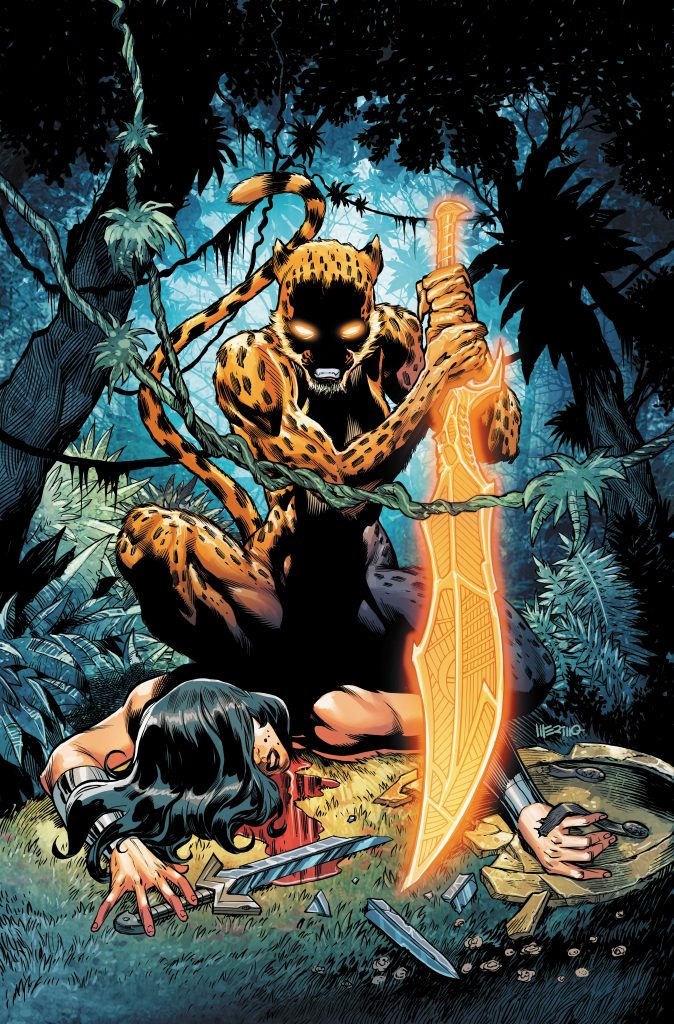 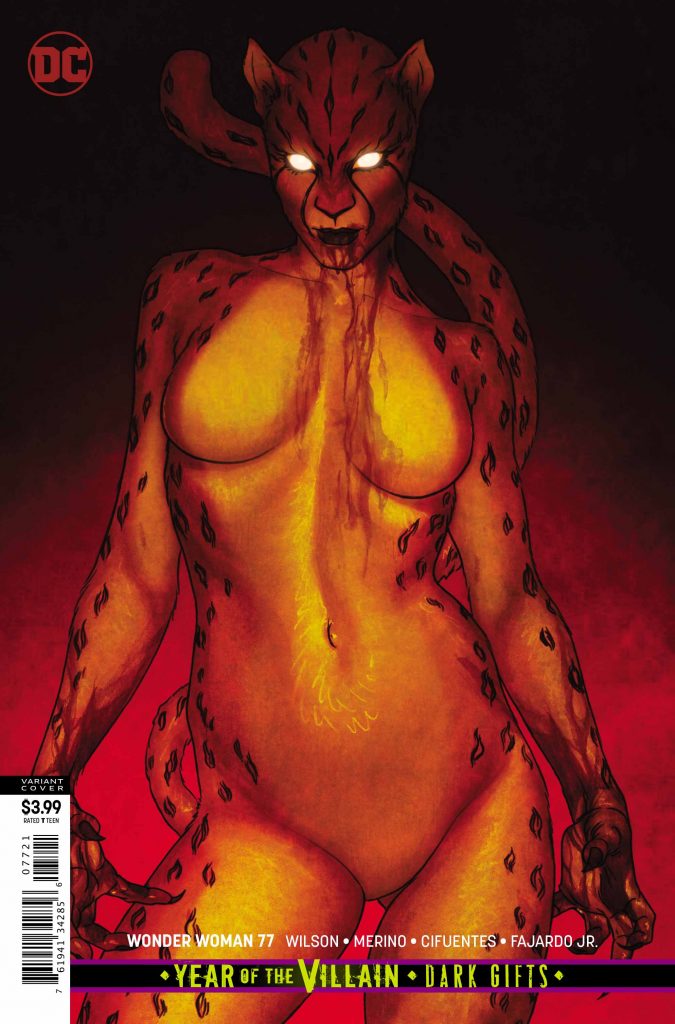 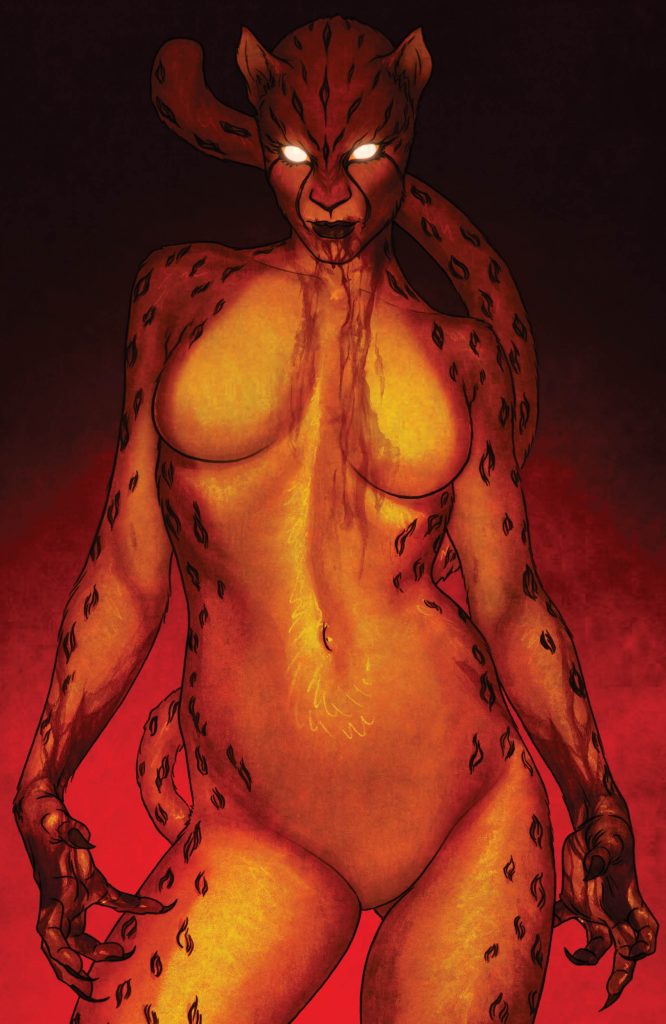 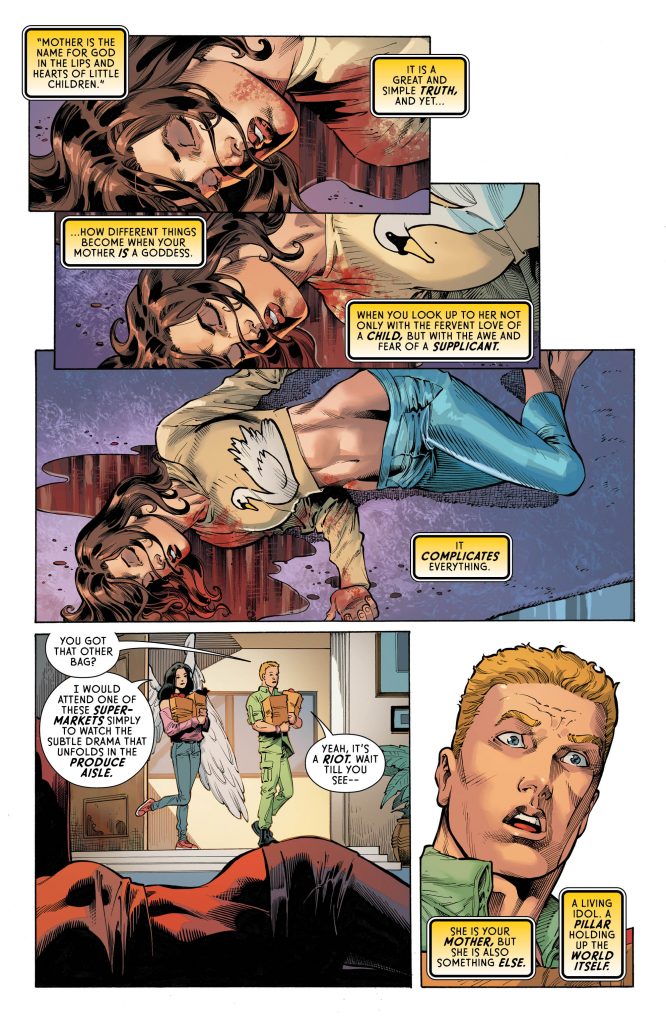 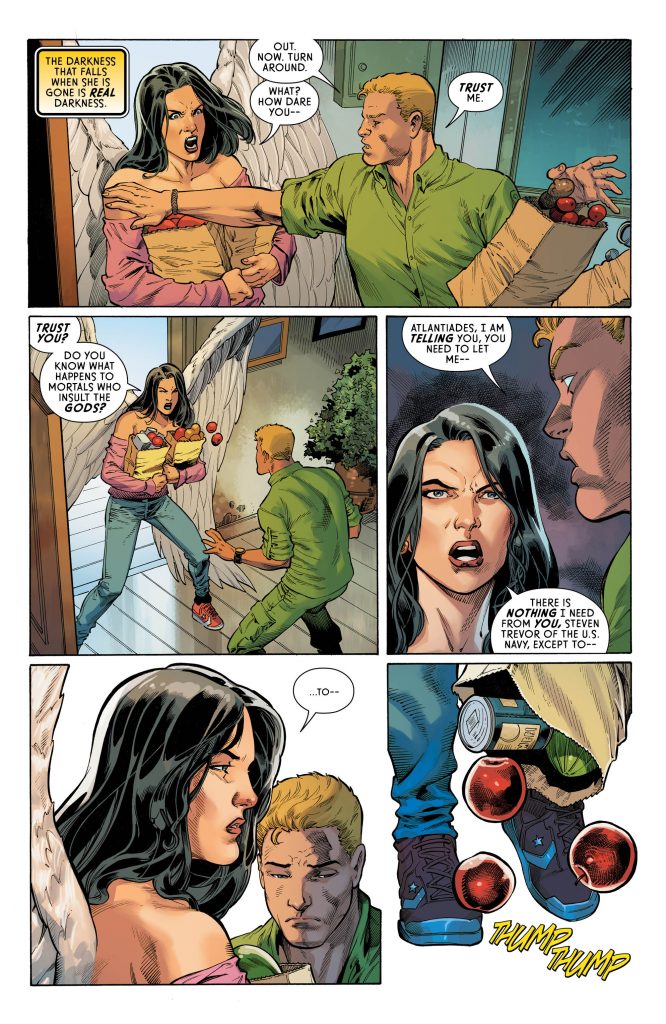 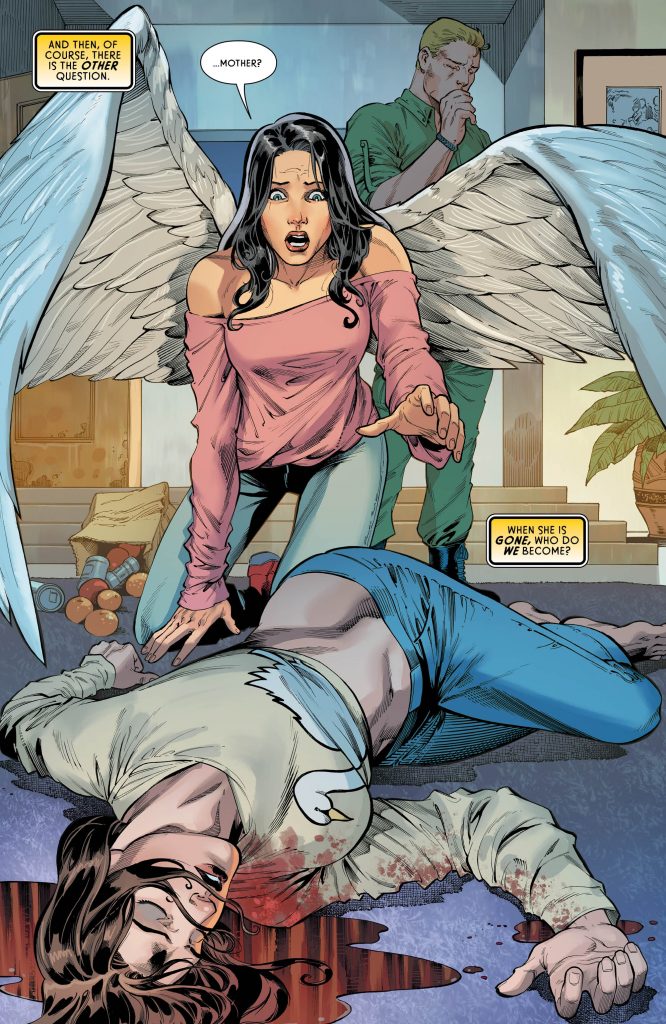 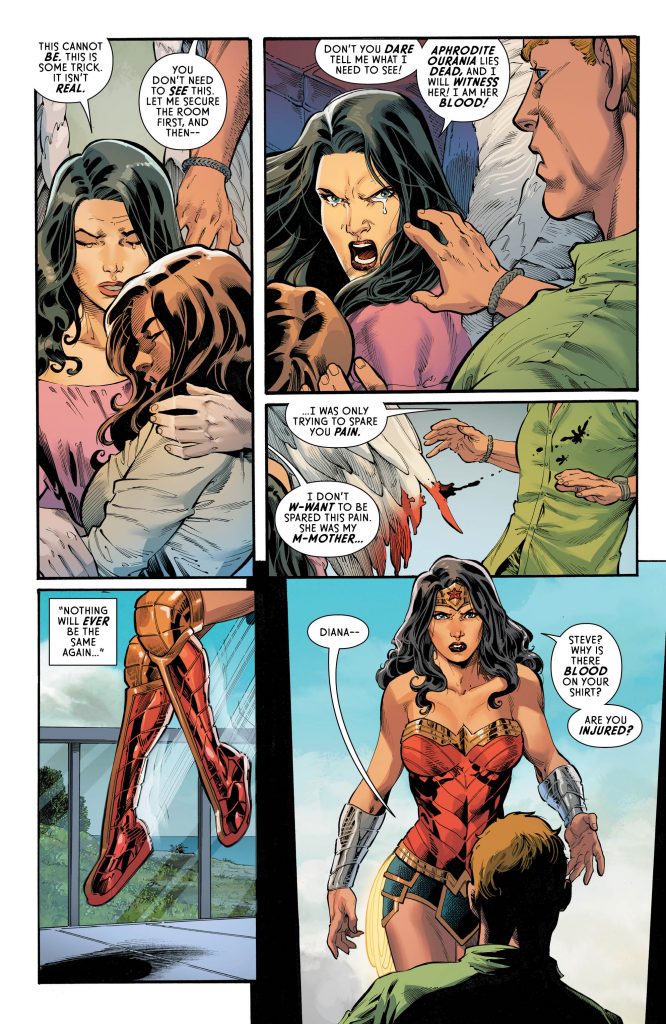 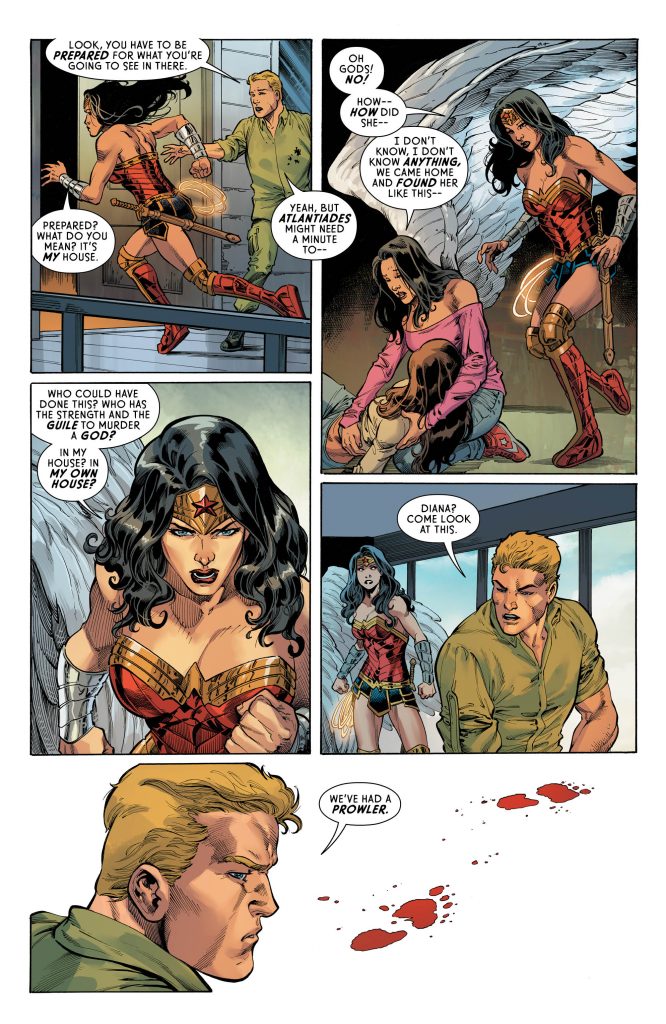 The Greek god Hephaestus forged the mythological sword called the God Killer. With its eldritch energies, the sword’s wielder can lay waste to armies and, most notably, slay even the mightiest of immortals. Meet its new owner: Cheetah. And that spells bad news for Wonder Woman!