During the San Diego Comic-Con this past weekend, attendees got a chance to see a trailer for Marvel Studios’ upcoming Avengers: Infinity War that, sadly, was not released to the general public online. (Boo! …that is, unless you happened to see a bootleg cam video before Disney yanked all of them off YouTube.) However, what non-SDCC attendees can get to gander are the three prints from Marvel artist Ryan Meinerding that made their way to the convention, all of which form one big spread:

While no one really seems to be looking in the same direction in this poster, that’s okay. Maybe it’s a metaphor about how disjointed the heroes are before they’re forced to band together to stop Thanos? Am I reaching? Probably. Doesn’t matter, because this art is gorgeous regardless of where they’re looking. And check out Captain America’s beard! Or is he just Steve Rogers in this after the events of Civil War? Again, doesn’t matter; he’s rocking that facial hair all the same. And ScarJo Widow is all platinum blonde! Is she going incognito? Maybe?

All of the questions! Well, some of the questions. Again, doesn’t matter. Let’s just take a moment to breathe this poster in and appreciate that, finally, everything Marvel Studios has been working toward the past decade is coming to fruition. The 10-year-old me who first read the Marvel comic miniseries The Infinity Gauntlet–from which Infinity War borrows–is giddy, and I imagine so many other fans, young and old, feel the same. 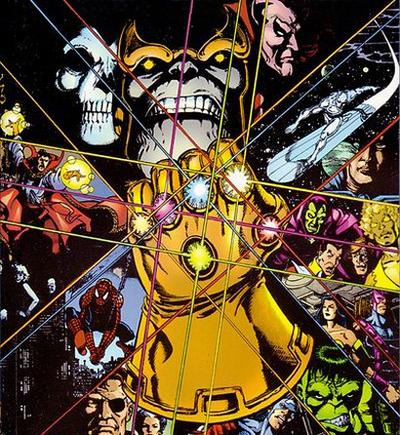 From the cover of THE INFINITY GAUNTLET #1

Note: If ever there was a time for Steve Rogers to call out “Avengers assemble!” it’s this movie. That happens or we riot. 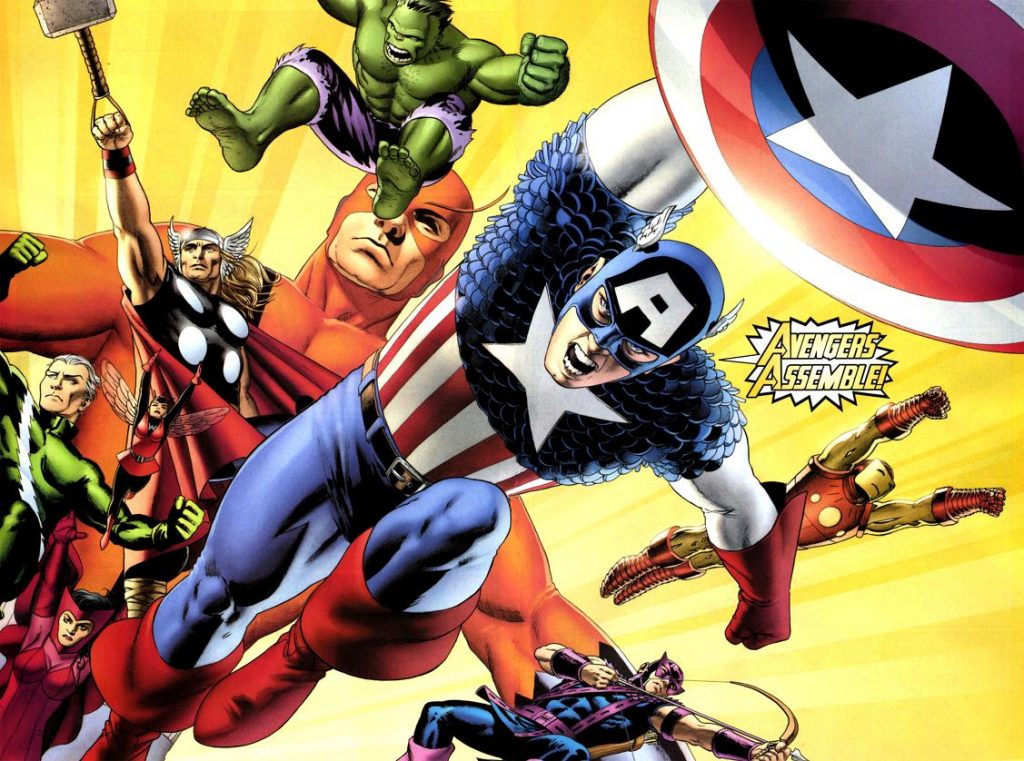