People who work in creative fields find inspiration through a variety of media, and it’s telling that there is such a degree of crossover between those fields in terms of generating that creative spark. Writers are often spurred to action by an illustration, a painting, or a scene from everyday life. However, it’s safe to say that music has had one of the most visceral, moving impacts on many artists flexing their creative muscles, uplifting their crafts in the process.

This year’s Long Beach Comic Con, running from September 12th through the 13th, will explore this connection between the impact of music on other modes of art during the panel “THE SOUND OF COMICS: Artists Driven by the Sonic Power of Rock n’ Roll, Heavy Metal, and Hip Hop”. The panel, which will take place Saturday, September 12 from 10:30-11:30AM, will feature a whole host of comic book illustrators who have been heavily impacted by the music they love, examining how that music shapes their artistic sensibilities.

Here are the details of this sure-to-be informative and engaging panel concerning the transformative power of music and its bearing on illustration:

Panel: THE SOUND OF COMICS: Artists Driven by the Sonic Power of Rock n’ Roll, Heavy Metal and Hip Hop

Panel Description: Join artists Andrew (The Fifth Beatle) Robinson, Chuck (Black Metal) B.B., Dave (Invader Zim cover artist and Ego Rehab) Crosland, Rafael (Guns A’Blazin’!) Navarro, T.J. (Run Downhill) Troy and moderator Mike (The Comic Bug) Wellman for an exploration of music affecting the ebb and flow of artwork. The artists assembled ALL have been as strongly influenced by the power of sound as they have illustration and we’re going to explore how that energy is harnessed into creating some of the most exciting visuals to be found on the printed page.

The assemblage of artists are masters of their craft, and the panel should be an insightful exploration for anyone who’s interested in the various processes of illustrators.

For more information on this panel and the rest of the hub-bub and exciting goings-on at this year’s Long Beach Comic Con, be sure to follow the LBCC on Twitter and Facebook, as well as checking out the event’s official website. 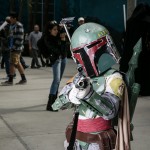 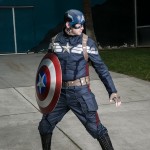 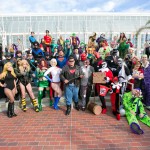 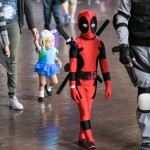