We all need a hero sometimes.

During my time as both a student and a teacher, I had the opportunity to see firsthand the effects of bullying, witnessing (and sometimes experiencing) the devastating effects that such actions can have on children and young adults. I’m certain that the bullied might wish they could somehow will themselves to become larger-than-life and either have the strength or the fortitude to shrug off such onslaughts. Marvel Comics must realize that we all could use such strength and hope—either to stop bullies from harassing others or ourselves—at some point in our lives. To that end, the publisher has allied with STOMP Out Bullying in tribute to October’s National Bullying Prevention Month and Blue Shirt Day World Day of Bullying Prevention to release seven variant covers of its most popular titles. Captain America #25, Inhuman #7, The Legendary Star-Lord #4, Guardians of the Galaxy #20, Rocket Raccoon #4, Hulk #7, and Avengers #36 will all feature an anti-bullying motif, either with a character stopping a bully or bullies or with a hero befriending and giving comfort to a victim. 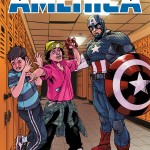 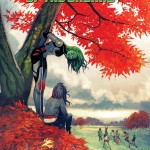 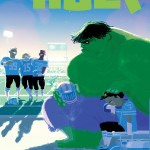 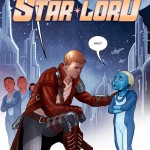 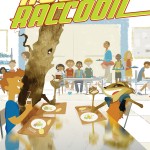 “The center of Marvel’s storytelling history is the eternal struggle between good and evil, with many of its greatest Super Heroes having to contend with — and rise above — bullying, in all its forms. We are proud to join forces with STOMP Out Bullying on its important bullying prevention awareness mission.  We hope that all our fans take a moment this month to educate themselves on the need to stop bullying among our youth by checking out the free resources STOMP Out Bullying has to offer.”

It is most likely no coincidence that Marvel chose the titles and characters that it did for this anti-bullying awareness initiative. Captain America and the Avengers are all about stopping injustice, while the Inhumans, Star-Lord, Rocket, and the Guardians of the Galaxy know what it’s like to exist on the fringes of society and not quite fitting in. And, of course, the core of the Hulk’s message is about attempting to control one’s anger in a sometimes-unjust world.

If you would like to learn more about what you can do to spread anti-bullying awareness, please check out STOMP Out Bullying official website.