Despite the fact that the placard reads “Man on Fire” veteran MGS fans will spot the telltale signs that this is in fact the lead antagonist/electro-masochist Volgin! Could this mean that this Play Arts Kai figure has dropped the bomb that the main baddie of MGS3 will cameo in Phantom Pain? Sadly, we can only throw out conjecture as nothing concrete can be confirmed right now.

The pic below was pulled by the /v/ board on 4chan (what? don’t judge me!) but you can definitely see the resemblance to the rogue Russian villain. 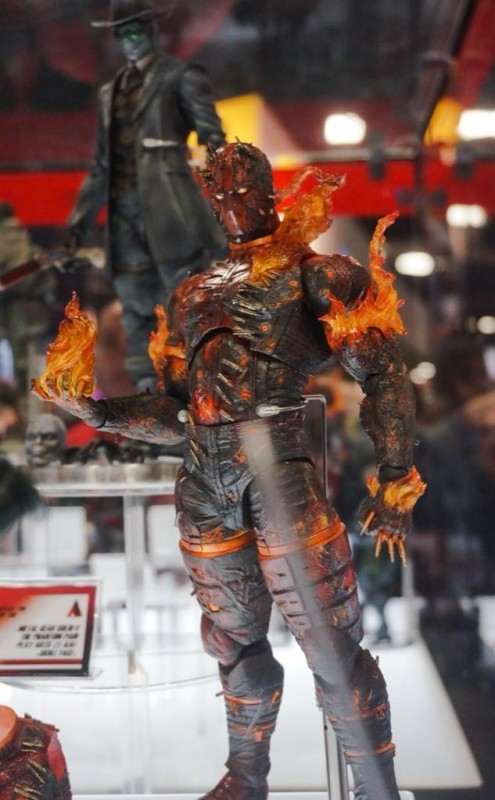 And here’s a shot from MGS3. 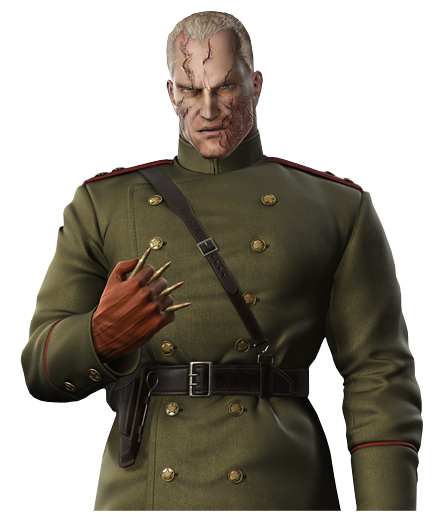 Both characters have bullets in their hands and the bandolier in the Play Art model hints that this really is Volgin. If he is making a return perhaps Big Boss still has unresolved issues regarding the torture he endured. Surely, Kojima has some tricks up his sleeve for the highly anticipated sequel.

I’ve also found some more blurry evidence from this seizure-inducing tumblr site which also shows a figure of Quiet and Snake.

We’ll be keeping an ear to the ground as more news unfolds from SDCC!