It’s unclear why humans are drawn to tales of the apocalypse and their own ultimate demise. Maybe it’s that we’re curious what a future without us—who have been, up to this point, the stewards of written history—would look like and what nature, given the chance, would do in our stead.

That’s the question that writer Samuel Sattin and artist Chris Koehler will address in their new comic book series Legend, out May 4th from Z2 Comics. Described by Sattin as “Watership Down…remixed with The Walking Dead” with canines and felines instead of rabbits, Legend looks at life after a biological catastrophe has decimated most of humanity. The dogs and cats left behind attempt to pick up where humanity left off, rebuilding what they can of a fallen civilization. The first issue follows Legend, who has ascended to leadership in the Dog Tribe, as he looks to find and kill the Endark, who slew Legend’s predecessor.

If you enjoy stories in the vein of the comics We3 and Pride of Baghdad and Orwell’s novel Animal Farm—all tales that use anthropomorphic animals to comment on society—Legend is a book to watch. Check out the preview pages from the first issue below, as well as a trailer hyping the series! 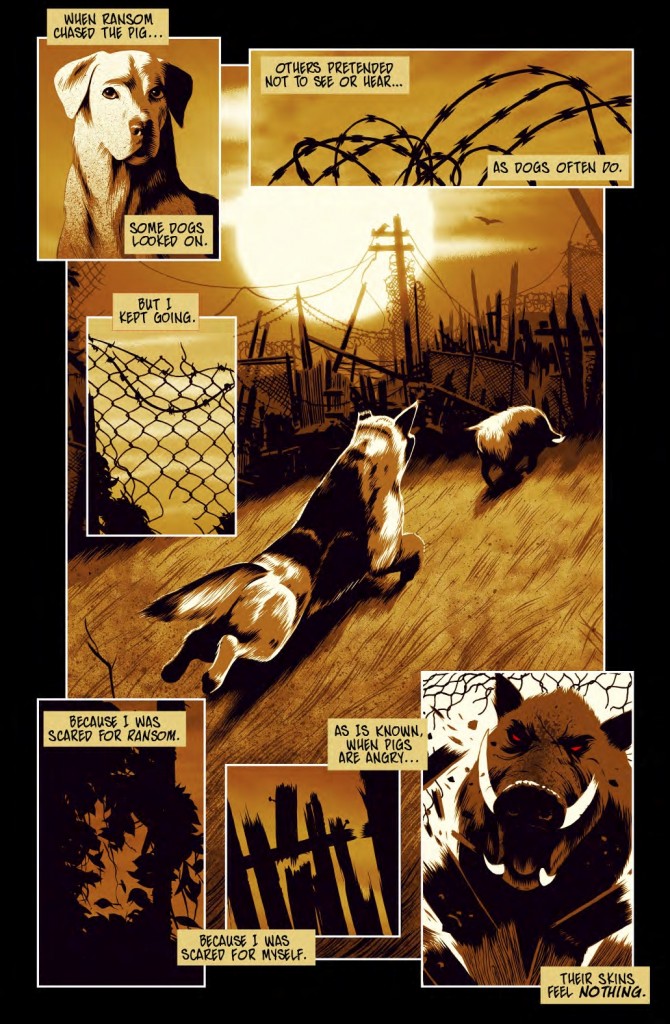 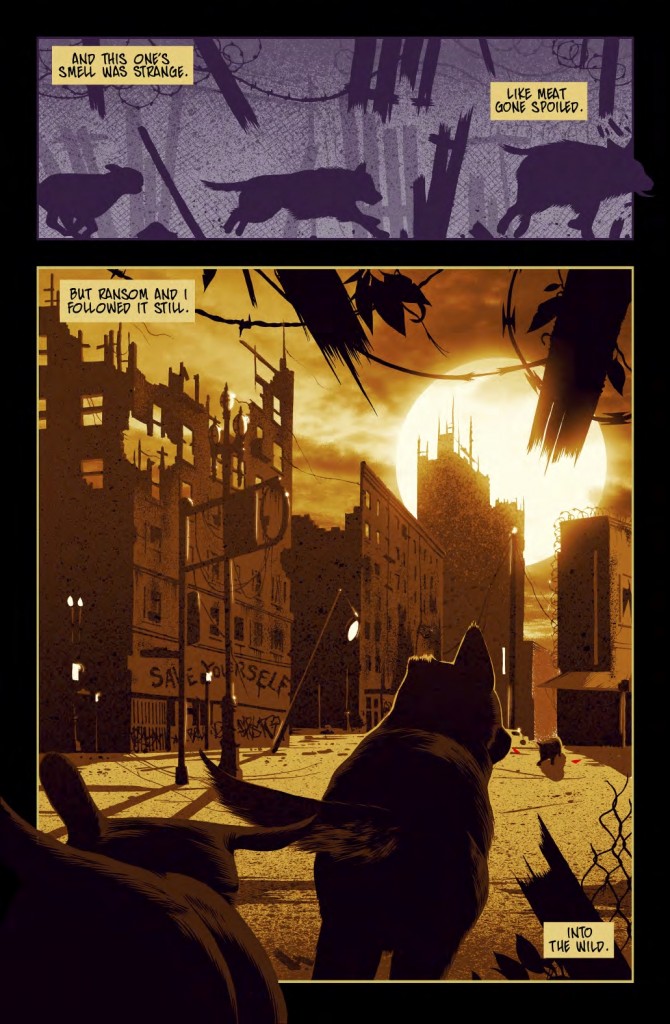 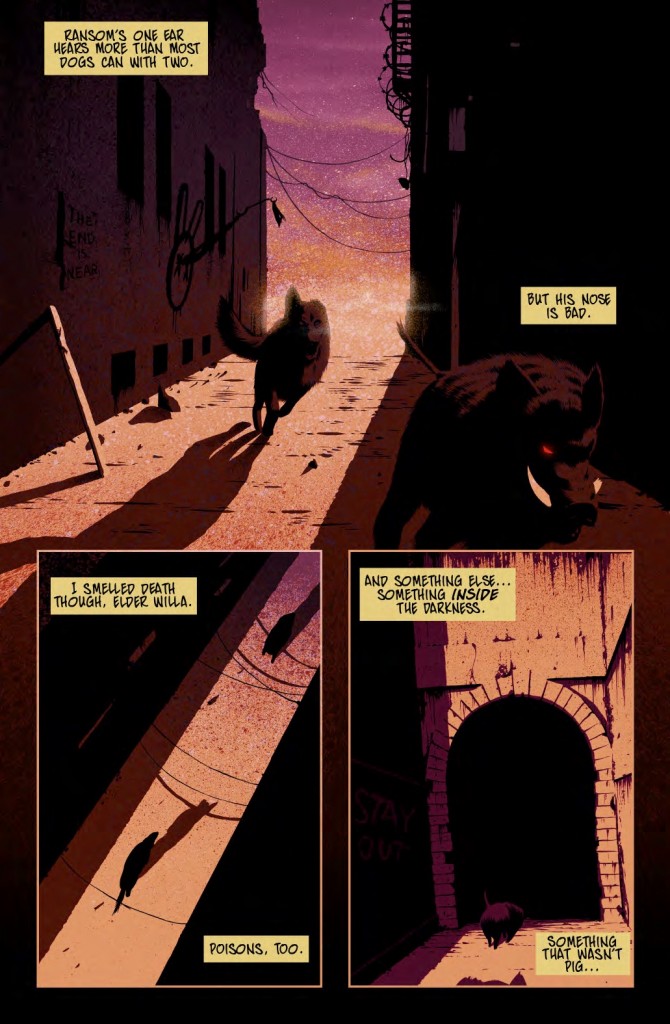 Legend #1, written by Samuel Sattin with Chris Koehler on art, hits newsstands on May 4th from Z2 Comics.

What if a biological terror agent wiped out most of humanity, and our domesticated animals were left in charge? How would our dogs and cats set about ruling and rebuilding the world? Ransom, the leader of the Dog Tribe, has been murdered by a creature known as the Endark. An English Pointer named Legend reluctantly rises to lead in his place, vowing to kill the monster once and for all. From acclaimed novelist Samuel Sattin and award-winning illustrator Chris Koehler comes LEGEND, where cat technology rules, dogs partner with hawks, and humans may be the most beastly creatures of all.