“Black and Garbett have taken what made the original Vertigo series such a joy to read—the rich characterization, the wry humor, the sprawling Judeo-Christian theology and mythology—and uses those elements as a foundation to craft a new and engaging yarn.”

Cards on the table: No matter who DC Comics and Vertigo signed on as the creative team for a Lucifer relaunch, the idea was always going to be a tough sell for me. Since writer Neil Gaiman introduced his portrayal of the Great Morningstar in the pages of Sandman, I was enamored of the character’s stories—his motivations, his relationships with his siblings and father, and his view of the world about him. When Mike Carey began putting his own mark on the Lightbringer with the miniseries Lucifer: The Morningstar Option, followed up by his 75-issue run on Lucifer, he created comic book stories I’ve found myself visiting and revisiting time and again.

So, yes, admittedly, when DC announced that it would be publishing a new Lucifer series as part of its big Vertigo title launch in the fall of 2015, I was a hard sell. Thankfully, the Powers That Be more than knew what they were doing, enlisting writer Holly Black and artist Lee Garbett, who have done a far greater feat than stick the landing: They’ve made Lucifer new again.

Don’t get me wrong: If you read the first paragraph, you might think I was an intractable fan who was resistant to change. Black and Garbett and the folks at DC could have easily taken a 180 from what roads Gaiman and Carey forged with their tales, and they could have been phenomenal stories. However, what Black and Garbett have done is acknowledged what those creators have written, respected that, but, instead of plowing through the same soil tilled before, they’ve let the Great Satan loose on a new path that lets him stretch his wings, so to speak. 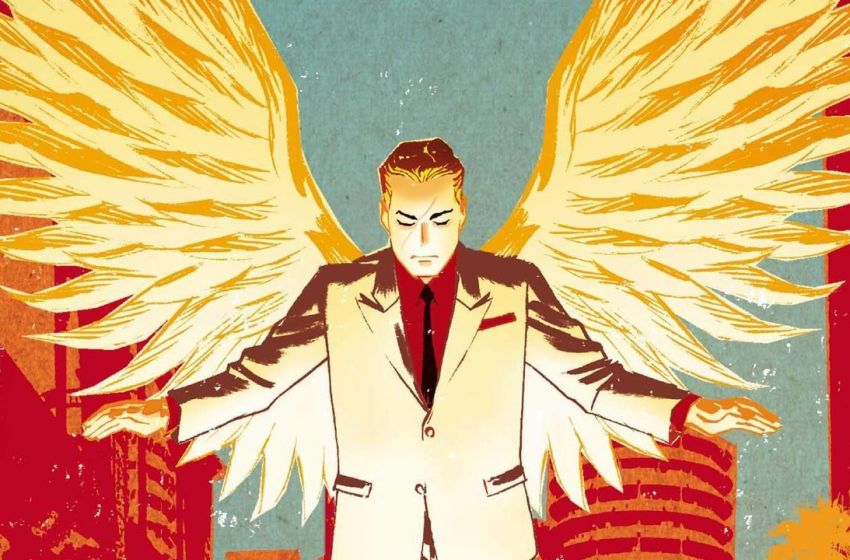 At the end of Carey’s run, both Lucifer and his father Yahweh left our dimension, setting out for newer vistas. At the beginning of Lucifer #1, however, the Devil has fallen back to Earth, wounded in the side and not necessarily in game shape. This is rather unfortunate for the Adversary, as the archangel Gabriel—stripped of his wings and entrance into Heaven—has been given a task by God’s mouthpiece, the Metatron: Strike down Lucifer, who Heaven believes has murdered Yahweh, in exchange for passage back into Paradise. Disliking being accused of a crime he didn’t commit, the Serpent joins forces with Gabriel to investigate who exactly did fell the great I Am.

Black has taken what made the original Vertigo series such a joy to read—the rich characterization, the wry humor, the sprawling Judeo-Christian theology and mythology—and uses those elements as a foundation to craft a new and engaging yarn. Black’s Lucifer is still the Lucifer we met in his previous DC stories, perhaps with a bit more world-weariness about him, if that’s possible. The realm of Heaven is still filled with sometimes-duplicitous characters, but with new motivations and machinations. Black even takes folks like Lucifer’s consigliere Mazikeen and shows how her character can transform under the right circumstances and out from the Adversary’s watchful eye. Black’s wordsmithery has added depth to an already rich world populated by colorful people. 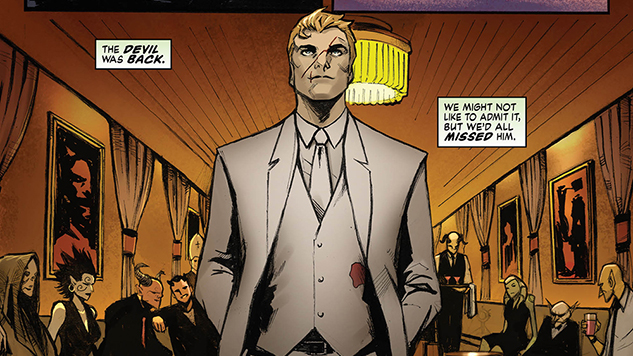 Garbett’s linework helps to ground a landscape of characters who, under a less adept hand, could come across as ethereal and distant to readers. Don’t misunderstand me: Lucifer and the Metatron and Gabriel are all suitable regal and larger-than-life when necessary, and Garbett’s minimalist shots of the Silver City and God’s throne are a delight to behold. However, what makes Lucifer shine is how a writer like Black can pull the supernatural down to the natural and base. Garbett’s characterization and expressive facial shapes takes those words and helps guide readers to let them know what Lucifer and his ken are thinking or, often, to suggest that what they’re saying and what they’re thinking aren’t always one and the same.

One issue into Lucifer and I’m already eager to see what winding road Black, Garbett, and the Morningstar are going to take us down, knowing Old Scratch and his world are in phenomenally-talented hands.

Review: LUCIFER #1
One issue into Lucifer and I’m already eager to see what winding road Black, Garbett, and the Morningstar are going to take us down, knowing Old Scratch and his world are in phenomenally-talented hands.
9Overall Score
Reader Rating: (0 Votes)
0.0