Pop culture is often used to delve into the morality of how and we apply scientific achievement and our responsibility both to humanity and to the world at large. What does treating nature like a commodity rather than respect its autonomy do to both the manipulated and the manipulator? Moreover, what kind of justifications do we and can we make about experimenting with our environment in the name of self-preservation, and when do those justifications no longer hold up to the scrutiny of our better natures?

These are questions that NFL player Ryan Kalil and his company Strange Turn, writer Shawn Kittelsen and artist Chris B. Murray pose in Savage Game, their new graphic novel on sale now from comiXology Originals. The 60-page story focuses on a Silicon Valley industry titan who has used his vast resources to create an island bound by no laws that would hamper his vision. That vision? The Savage Game, in which genetically modified animals called Apex predators fight to death, while onlookers take in and bet on these gladiatorial blood bouts. And while his son strongly disapproves of this tampering with nature for grotesque ends, could there be more to his father’s plan than meets the eye?

Shawn Kittelsen and Chris B. Murray spoke with us recently about the ideas behind Savage Game, the look and design of the book, the ethical questions that this story brings to the fore, and what we can expect to see moving forward.

Also, we have an exclusive look at some of the Apex animal designs seen in the graphic novel! 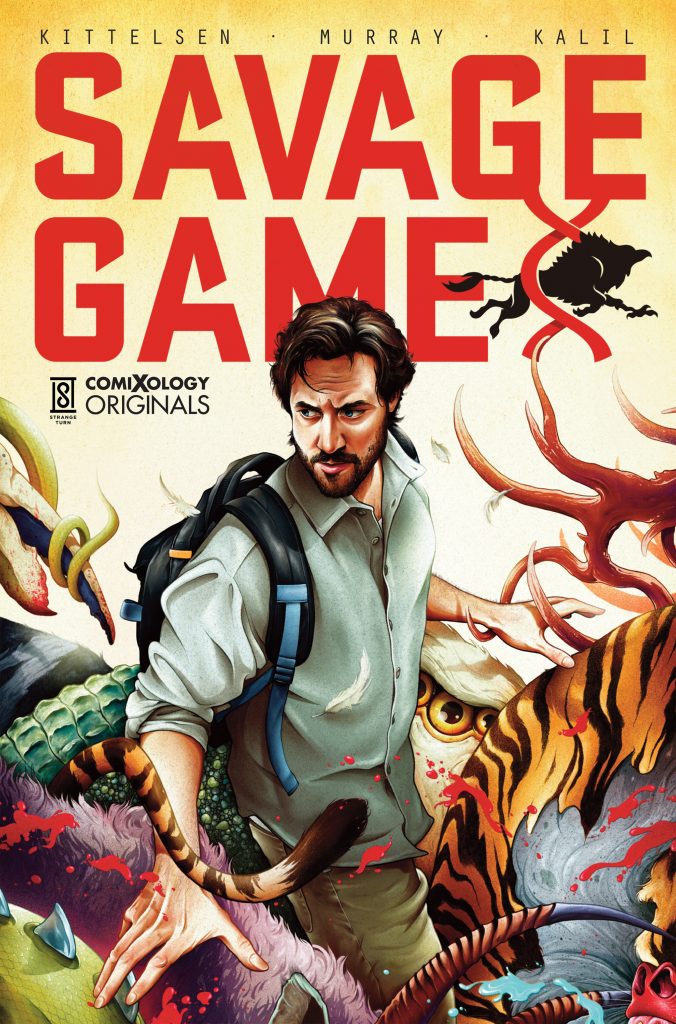 FS: For readers considering picking up the book, what can you tell us about the conceit behind Savage Game?

Shawn Kittelsen: Imagine someone tells you about an epic cage-match streaming live on pay-per-view, except instead of human athletes, the competitors will be genetically engineered hybrid predators the size of cars – the Apex. Would you pay to watch that Savage Game? This book is for you. More broadly, have you ever disagreed with your parents? This book is for you, too.

FS: What can you tell us about Conner Bowen, our through-character in this first installment?

CM: Conner is brought to the island his father has built, not knowing the full capacity of what he’s getting into. He’s a very intelligent, strong character with a lot of questions.  In this first book, he’s getting introduced to a lot at once so it’s all sort’ve a learning experience for him at first.

SK: Yeah, we’re seeing the story through Conner’s eyes, and that means we’re seeing it through his biases, too. He’s the son of a billionaire geneticist, but he’s rejected his father’s money because it comes in part from animal testing, and he’s an animal rights activist. Imagine how that relationship will play out when he meets his father’s latest creation, Savage Game. 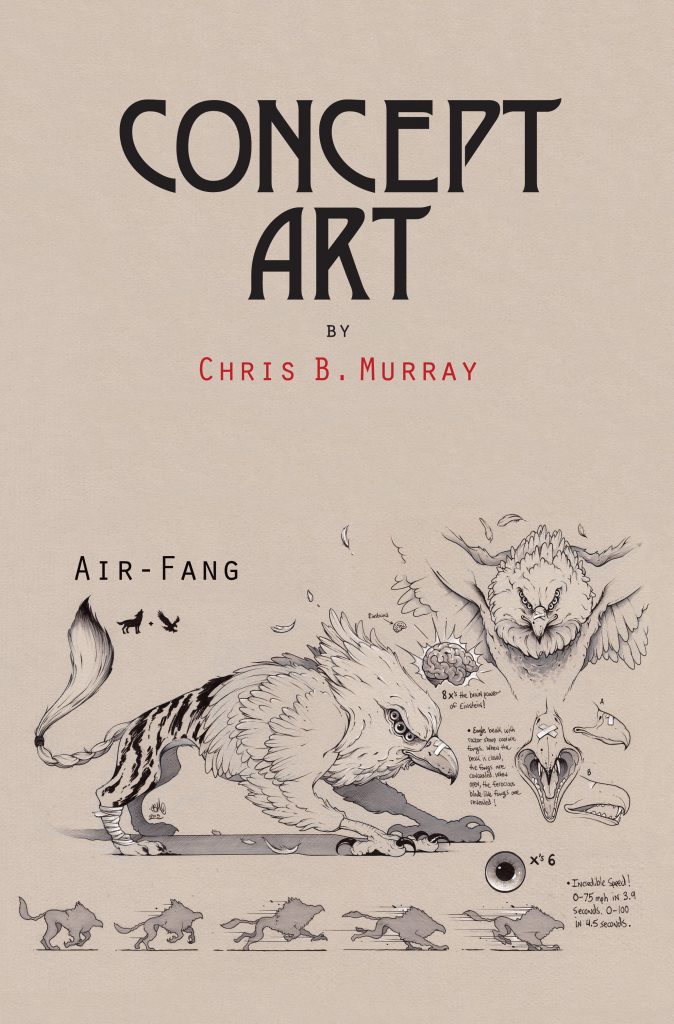 FS: The story deals, in part, with the ethical issues that come with questions of both genetic engineering and gene splicing. What kind of research did you do in preparation for Savage Game?

SK: All the science in the book has some touch-point in reality – especially the ideas about genetic editing and the breakthroughs that have made it hypothetically possible for properties from one species to be copied and pasted into the DNA of another species. More likely than hybridized predators, though, I think that tech will be used to develop genetically modified people, Gattaca style. By the time global societies distill and codify their ethical concerns regarding the use of that technology, the genie will already be out of the bottle and on sale to the highest bidder. But I’m not a cynic! I think genetic editing will ultimately save millions if not billions of lives from disease, injury, and aging.

FS: The story of the book itself, while being its own story, made me think to other genetic horror stories, from Jurassic Park to Splice. What were some of the influences that impacted how you approached the tale?

SK: Loads of influences. H.G. Wells and Michael Crichton certainly lend spirits to the book. In staging the Apex fights, there’s a bit of New Japan Pro Wrestling. Conner Bowen is a dissident who wants to save the world but doesn’t know how. He votes Green Party, listens to Rage against the Machine, and stages public protests. He rejects everything his father, Howard, believes.

Howard Bowen is a billionaire libertarian, so his philosophy is shaded by things like Reason Magazine and the CATO Institute. The manmade island where Savage Game takes place is inspired by the concept of “seasteading,” the idea that if national governments will not let us freely conduct our own business, why not build our own island, where the only rules are our rules? (As if NOTHING could go wrong there!) Seasteading sounds very BioShock but it’s a real thing that people have thrown money at for years.

CM: As the artist, I just tried creating altered beasts as I’d like to see them.  This didn’t really go over the top with the mutations but rather kept the enhanced beasts specialties a bit more realistic… hyper enhanced but realistic. 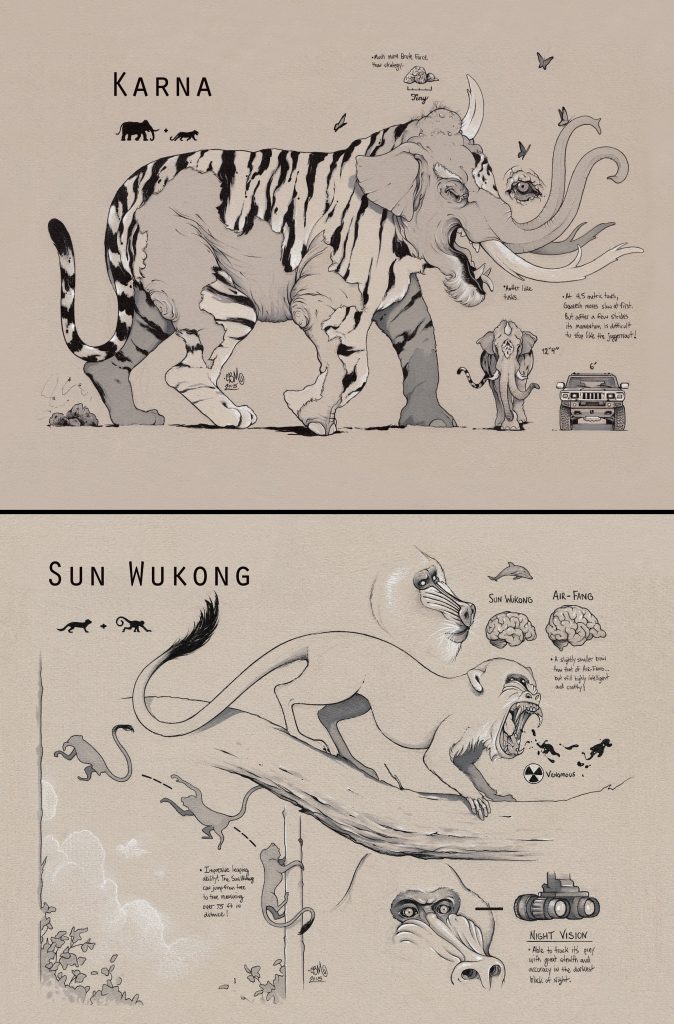 FS: The illustrations, while including creatures that are fantastical and have yet to exist, are hyper-stylized and have a realism to them that fits perfectly for the tone of the tale. How did you decide what you wanted the look of the book to be?

SK: We wrote short briefs for the essential info on the island, the Apex, all that. But from those bullet points it was all in Chris’s hands.

CM: All involved in making this wanted to give it a realistic feel.  So I didn’t go overboard with the special mutated enhancements.

FS: Following up on that, the Apex animals were alternately gorgeous and terrifying. How did you decide which animals you wanted to pair together?

CM: Shawn and Ryan laid out the specifics and I brought them to life!

SK: For every Apex, what we described was made 100 times better by Chris on the page. We had so many fun conversations about the Apex and which animals we wanted to mash together, at first just riffing on things we thought were cool. We decided early on that Savage Game had to be an international competition.  As avatars for all these different nations, each Apex is drawn from animals associated with or indigenous to their creators’ homelands.

The Americans choose the bald eagle and the gray wolf, the Brazilians bind a jaguar with an electric eel, and so on. One of my favorites might be the Saudi Apex, al Antar. He has desert roots with his scorpion DNA, but Saudi Arabia borders the Persian Gulf, a haven for sharks, so he has jaws to go with his claws. 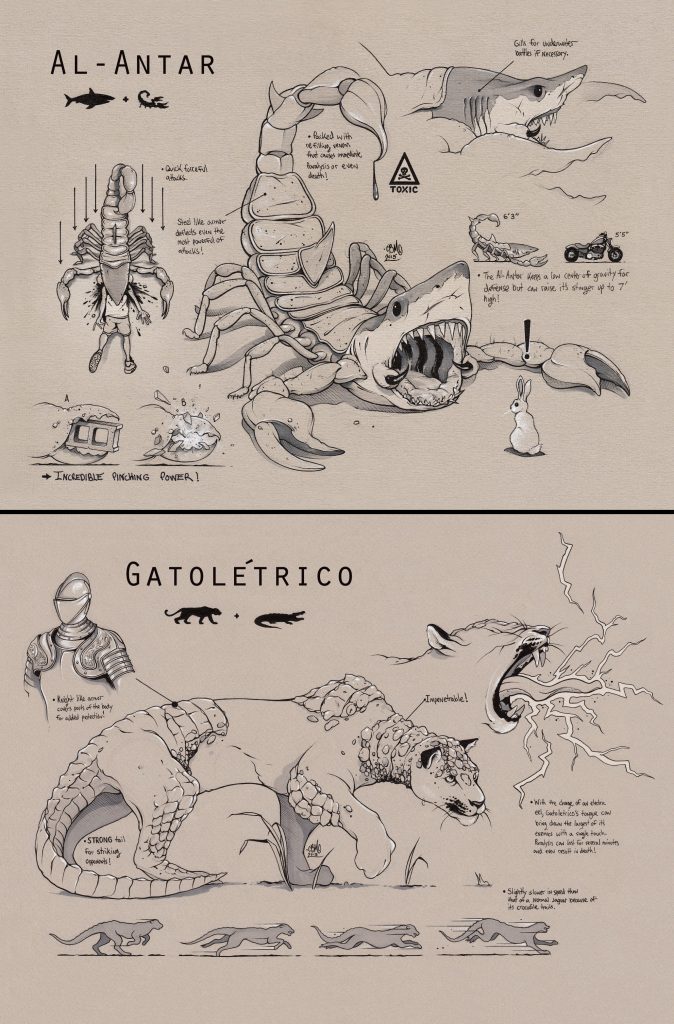 FS: Pain and easing that pain seems to be a theme threaded throughout: between parents and sons, of the sick and starving, of loss and regret. Am I misreading that? If not, is there a reason you landed on that as a theme?

SK: All those themes layered into the story as Ryan and I developed it. We started by knowing that we wanted to tell a story about the Apex and their competition in Savage Game. We also wanted that story to be grounded in something more relatable than hybrid DNA and artificial islands.

We thought about what kind of person would build this island and create Savage Game. We thought about how much Savage Game would set Howard Bowen apart from the normal world. It’s such a bizarre, violent event – cockfighting on mutagenic steroids. Who would choose to create that? How many friends and family would they lose? Why would they make such sacrifices?

Answering those questions about Howard led to this story being told from the perspective of his long-estranged son, Conner, who hates Howard for squandering their family fortune on a utopia for ethically questionable genetic research. He hates that Howard has always been driven by ambition and self-interest instead of by what’s best for his family. The emotional themes you mentioned sprang from that central conflict between Howard and Conner’s competing philosophies, and their stubborn resistance to making peace with each other.

FS: Without giving too much away, the end of the installment ends on a cliffhanger. Do you have more stories planned for Savage Game?

Savage Game is on sale now from comiXology as part of comiXology Originals.

From the official description of Savage Game:

What happens when a rogue titan of Silicon Valley creates his own island nation with no laws to hold him back? You get the Savage Game. Welcome to Liber Haven, where audiences watch genetically modified hybrid creatures fight to the death in a fantastic gladiator-style battle. But Conner Bowen isn’t having it. He’s on a quest to stop his mad father and the Savage Game. But is it too late?

A sci-fiction action adventure like no other. Created by Kalil and written by Shawn Kittelsen (DC’s Mortal Kombat X) with noted cover and fine artist Chris B. Murray making his interior art debut.

Part of the comiXology Originals line of exclusive digital content only available on comiXology and Kindle with a print version available exclusively through Amazon.com.