Dark Horse Comics Editor-In-Chief Scott Allie probably doesn’t sleep. Like the protagonist of writer Chuck Palahniuk’s Fight Club, rest is most likely an elusive thing to him. (But without, you know, the Tyler Durden personality.) Between steering the comic book company into new directions, picking up more licesnses for new Dark Horse titles, and caring for a new baby, the man either doesn’t need sleep or has the constitution of Hellboy. In part one of our two-part interview, Mr. Allie discusses how the graphic novel sequel to Palahniuk’s Fight Club made its way to Dark Horse. (We’re probably not allowed to talk about it because Fight Club rules and all, but we’re living dangerously.)

FreakSugar: A lot of big announcements are coming out of Dark Horse lately, including securing the rights to the graphic novel Fight Club sequel. How did Dark Horse become involved with Chuck Palahniuk and the sequel?

Scott Allie: Chuck did an interview in which he was speaking to some creators about doing a Fight Club sequel with Dark Horse. This was news to me, so I ran around Dark Horse trying to figure out who he had talked to. As it turns out, he had just been speaking to creators about the possibility of doing a sequel. We were finally able to connect with Chuck and tell him that we would definitely like to make a Fight Club sequel happen at Dark Horse. We had months of lunches with Chuck, making it a priority to make this graphic novel happen. [Writer] Matt Fraction (Hawkeye, Sex Criminals) helped guide Chuck on the project as far as how to do a comic script.

FS: How exciting was it to work with Chuck and know that a Fight Club sequel was actually happening?

Allie: It was ridiculously exciting for me. One reason I was so excited, beyond the cultural significance of Chuck’s work, is that his stories have evolved and gone to such strange places since the first novel. He goes to such bizarre places and is so experimental in his work and wanted to really play with that for the comics medium. Chuck plays with prose so well that we knew that we had to get an artist up to the task for his level of work. We could have easily gotten someone who was decent, but we wanted someone who was a visionary storyteller. I was such a fan of [artist] Cameron Stewart’s mind-bending work. I showed Cameron’s work to Chuck and he quickly became the only choice. 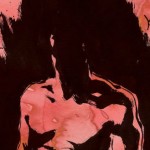 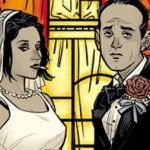 FS: What was working with Chuck like to translate his story to graphic novel form, which is a medium he was not as familiar with?

Allie: We looked at what he’s done and was able to communicate and what he wants to communicate, and we knew he needed to be paired with the right folks who can deconstruct comics to do that. The comic is very much a sequel to the novel rather than the film, partly because the film rights are owned elsewhere. I have reread the novel several times since the project began and it’s amazing how faithful [Fight Club film director David] Fincher was to the original material, aside from the ending. However, the sequel is constructed such that if you’ve only seen the film that you’ll be able to appreciate the book and not be lost in the least.

FS: What was the collaboration process like for you, Chuck, and the artists involved?

Allie: Cameron moved to Portland for a few months so we could all talk with one another about the format and story. Chuck had written a second draft of the story by this past May for 10 issues. We went through the book and made it the same story he originally wrote, but made it broken into different chapters and divvied it up differently. The book was so amazing to talk about and the four of us talked for several nights about how to do this and how to do that and Chuck would often say that a suggestion was better than what he had in mind originally. The most important thing to get Fight Club at Dark Horse was that Chuck wanted have total creative control which was great because that was what we wanted. However, while talking to him it was clear that he wanted everyone to bring A-game and wanted ideas from everyone. Cameron would ask about a panel change or something else and Chuck was totally receptive to that. He came at it with so little ego and was more concerned about and excited by the art form. And we were excited about the letterer, Nate Piekos, who did Umbrella Academy, and he brought so much to the book. We saw him posting about his love of all of Chuck’s books, not just Fight Club. We had to bring him in. Dark Horse has its own logo department, but we had him do that, too.

Come back Monday for the second part of our interview, as Mr. Allie discusses his work with Hellboy creator Mike Mignola and new properties come to Dark Horse.