If you haven’t been reading writer Scott Snyder and artist Greg Capullo’s run on Batman lately, you’ve missed a wealth of story and character development that only creators like these two have the talent and the brass to pull off. To wit:

Former police Commissioner Jim Gordon is Gotham City’s Batman, running around town in a robo-suit and sanctioned by the city government. Bruce Wayne, the former Dark Knight, has had his neurology so altered following a confrontation with the Joker in the “Endgame” storyline that he remembers nothing of his life prior to that battle. He’s taken up a new life working at a children’s center with a childhood sweetheart and wants to know nothing of his past escapades. And a new villain, Mr. Bloom, is giving thugs and criminals technology that gives them superpowers at a price.

Got all that? It all reads bananas when looked at like that, but, damn, does it work in the hands of these master craftsmen. Mr. Snyder spoke with me recently about Batman #43, out in comic shops today, concerning Bruce’s new status quo, Jim Gordon’s struggles in his new role as Batman, and what Bruce Wayne is without the shadow of the Bat.

FreakSugar: At the beginning of issue 43, we see Jim Gordon coming to Bruce at the center for advice concerning Mr. Bloom’s technology. Most of the world at large doesn’t know that Bruce was Batman, but Bruce, being a billionaire, has to be one of the most high-profile people on Earth. His work at the center has had to have made news. What does the world at large think about Bruce’s new activities?

Scott Snyder: It’s public knowledge he’s working at the center. Also, Wayne Industries was absorbed by the Powers Company, the same company funding the robo-batsuit Gordon is wearing as Batman for the Gotham City Police Department, so he’s lost all of his business resources. I think it would be a thing like a hot Hollywood minute news piece. Billionaire returns to normal life and is working at a center. I don’t think there’s much to it after that. [laughs] That’s actually something we talked about. We talked about having buzz around Bruce and having reporters follow him. However, the story takes place three months later, so the news has had time to die down. So, yes, it’s very much public knowledge Bruce is working at the center.

FS: We also see in this issue that some of Bruce’s associates are struggling with the idea that Bruce has changed so radically. Clark Kent—the Metropolis Marvel Superman—even sees him and is having a difficult time sousing through the idea that the man he sees is actually Bruce. Alfred goes out of his way to convince Clark that who he’s seeing is indeed Bruce and that he can never be Batman again. How convinced do you think Clark walked away from that conversation?

SS: I think that Clark is convinced for the time being. For the purposes of our story, he’s convinced. There’s a really neat story coming out from a friend of mine, a real hero of the Bat-world, that involves Gordon and the Justice League in a big way. It involves them poking at Bruce to see if the man he used to be is really gone and it involves Gordon as well. So that should be coming out soon. 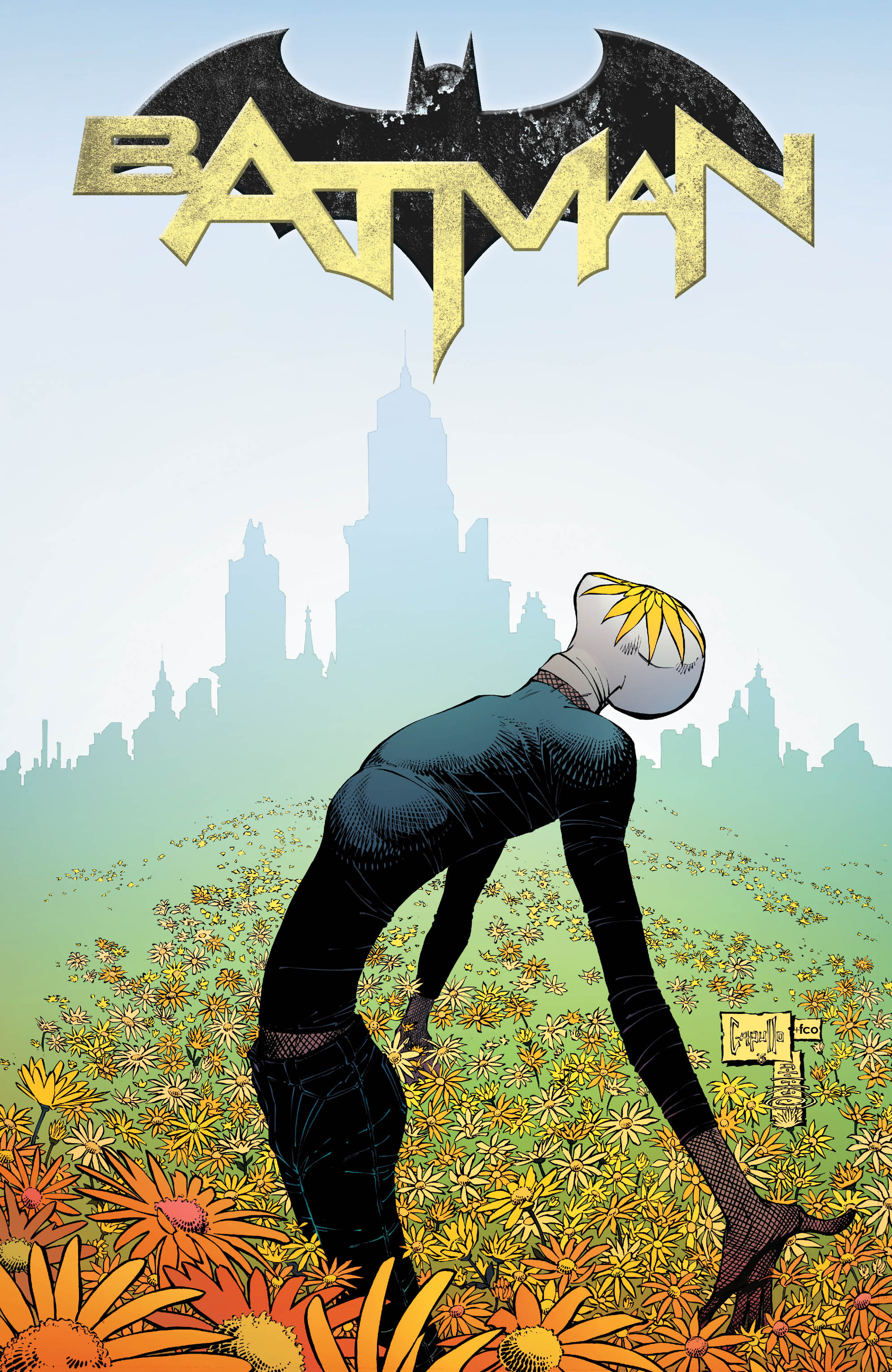 FS: We start to see signs that Gordon is getting frustrated working as Batman under the confines of the establishment, trying to find ways to operate off the books. Is he starting to understand Bruce a bit more and wonder if the working under the system as Batman is the correct course of action for such a guise?

SS: Yes, he absolutely is. That’s a good question. Part of what this arc is about is whether or not Batman could exist on the other side of the fence. Instead of being outside the law and acting as an outlaw, things that we sometimes see as contrary to maintaining law and order and protection, could he be a symbol of those things? I love that question. And there’s a real honor and ability to what he is doing. It’s not a bad idea. I just think there are some challenges to it and there’s a reason that ultimately it doesn’t work out that way. Along the way, there are a lot of uncharted story threads to explore, a lot of uncharted Batman territory.

FS: We get to see more of Bruce’s world post-Batman and get to hear about his resurrection after “Endgame“. Do you see Bruce’s new life as what would have become of him had his parents never died?

SS: That’s exactly what I’m trying to do with him. The question I’m trying to answer for myself that I hadn’t seen anyone do before is what if Batman died and Bruce Wayne came back? What if Bruce came back free from the trauma of his parents’ deaths and the specter of Batman and the scars, free from the mythology and the obsession? Who would he have been if his parents had lived? What would he have been if he hadn’t witnessed his parents’ deaths? Who is Bruce Wayne without Batman? He’s not retired. He would never tired, in my opinion. But what would he be without that ghost? That’s what I found so interesting and so heartbreaking, and Alfred gets to see him happy.

And I really do you think he would do this in the same way that his parents would; that is, work on saving the city in ways that are reasonable. [laughs] They were able to do things that were not part of a superhero plan, like contributing to schools and hospitals in the city, while at the same time giving their son love and having a good marriage and having a full life. And it’s a very fun way to explore the character and it’s a fun way to write him. There’s even a very sexy scene. [laughs] And as I was writing it I thought, “Wait, what?” It was something that was very foreign to me. I have been writing this book that has no romance in it whatsoever. And whenever a love interest is injected in a book like, I never buy that. It never rings true to me having a love interest that is a victim or helpless to a villain. But here, it feels very genuine to me. He’s in a relationship with Julie Madison, this woman he loves, his childhood sweetheart. There’s a scene coming up or he’s in the shower, gets out, getting dressed and she comes up to him and says he has missed a button. And she’s distracted and he asked what’s wrong and she has been worried about something that’s coming up in three months. Bruce says that he’ll go with her and she laughs and says that three months is like the sci-fi future for Bruce Wayne. She says he has never been around for three months at a time before and he says he will be this time. He says he knows that he’s moved from one thing to the next, but he sees how happy his parents could be and he wants that, too. But again, it just feels very genuine to me. 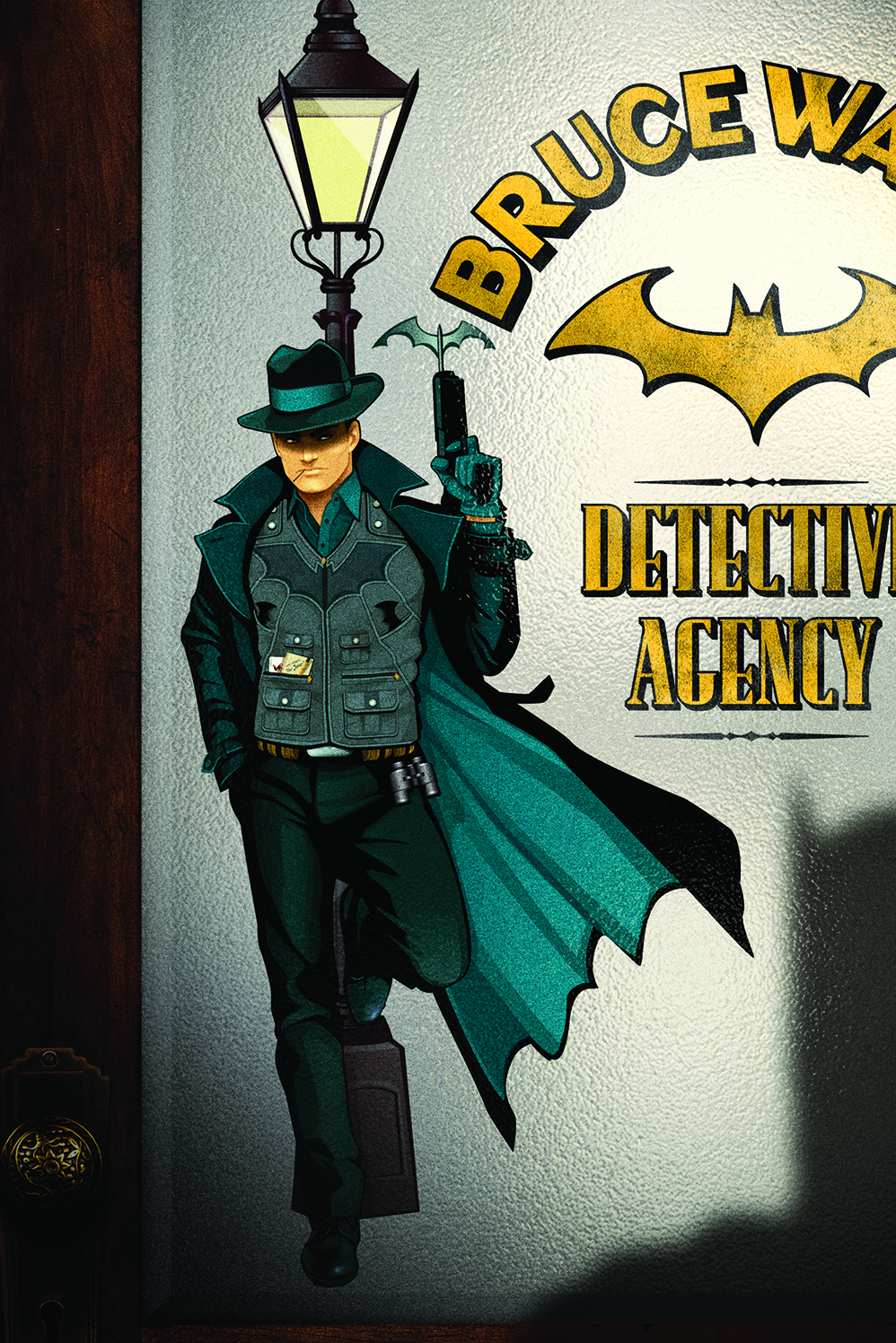 FS: Speaking of Julie, as far as she knows, what has happened to Bruce? What has she been told is the reason for his memory loss?

SS: She knows that he’s been in an accident and has suffered neurological damage. How it’s explained to people is that he had an accident that eliminated his long-term memory, that all of his memories from before the accident are gone and he will never recover. And we wanted to make clear to people that a bump on the head wasn’t going to renew or revive his memories. It’s not a matter of them being hidden somewhere. As Alfred showed Clark, Bruce’s entire neurological landscape is completely different.

FS: We also get to see a nice callback to the anniversary issue Detective Comics #27 from a couple of years back. In that issue, we were shown a machine that could, for lack of a better word, clone Bruce to ensure that there would always be a Batman. Alfred shows it to Clark in Batman #43 and says that Bruce was never able to get it to work. In addition to showing Bruce’s new neurological landscape, was showing the machine your way of trying to dissuade fans that Bruce returning as Batman isn’t going to be peaches and cream or smooth sailing?

SS: Absolutely. And Alfred takes and axe to that machine in an upcoming issue. Honestly, Greg and I are having such a good time and having so much fun on this. It means so much that the fans have been so supportive. I know some of them were angry when they first saw the robo-suit, but they’ve been so accepting and so kind. And even if they hadn’t liked it, if it had gone the other way, we are still having so much fun. But the fact that fans like what we’re doing means the world to us. When you come up with an idea for story, even if it’s wacky, if it’s something that hasn’t been tried in the 75 years of Batman, you have to take the risk, right? I literally just finished issue 47 which has a scene of Gordon fighting alongside the suit. It’s like his partner. [laughs]

FS: I know you and Greg are scheduled to at least create Batman stories through issue 50. Should you decide to stay past 50, do you have some plans swirling about in terms of what you would want to do?

SS: I do. Greg and I are a team pass issue 50, whether it’s still with Batman or on another book or taking a break and coming back. It’s all up for grabs at this point, I’m not trying to be coy. We’re still trying to figure it out. At the end of the day, we want to do what’s right for us and for the fans and we hope they still like what we’re doing and like the creative team. Honestly, there’s so much more that can be done with the story. I think Greg is contracted through issue 51 so we will see where it takes us. Honestly, we’ve got to do so much more than we ever thought we would that at the end of the day it means so much that the fans have supported us. You guys really are crazy-awesome.

FS: Things don’t look great for the Penguin after his confrontation with Mr. Bloom at the end of issue 43. He looks a little stabled. [laughs] Can you give us a tease as to what to expect next issue?

SS: Oh, with the Penguin, we’re not going to kill him. I would never kill a classic character like that. In issue 44, it’s a fill-in that I did with [artist and Wytches collarborator] Jock and cowrote with Brian Azzarello. It’s the first appearance of Mr. Bloom and one of the first stories of Bruce as Batman following the “Zero Year” story. It’s looking back at when the city is still overgrown and overrun. It was fun to write and I’m really proud of it. And issue 45 picks up where issue 43 left off and takes you to the heart of Bloom’s plan and what’s going on with Bruce. It’s easily the craziest thing we’ve ever done, and that’s saying something. [laughs]

Related: Interview with Scott Snyder and Greg Capullo on Batman #41