With DC Comics’ Rebirth event in full-swing, the company’s stable of characters are each getting touched with a bit of magic for readers old and new to experience and be introduced or reintroduced to heroes such as Superman, Nightwing, and Aquaman.

DC’s premiere magician, John Constantine, the Hellblazer, is no exception to this attention. I spoke with The Hellblazer: Rebirth #1 writer about who John Constantine is, the draw to penning the character, and where we find the con man at the beginning of the one-shot. Also check out our first look pages of what to expect from ol’ Johnny! 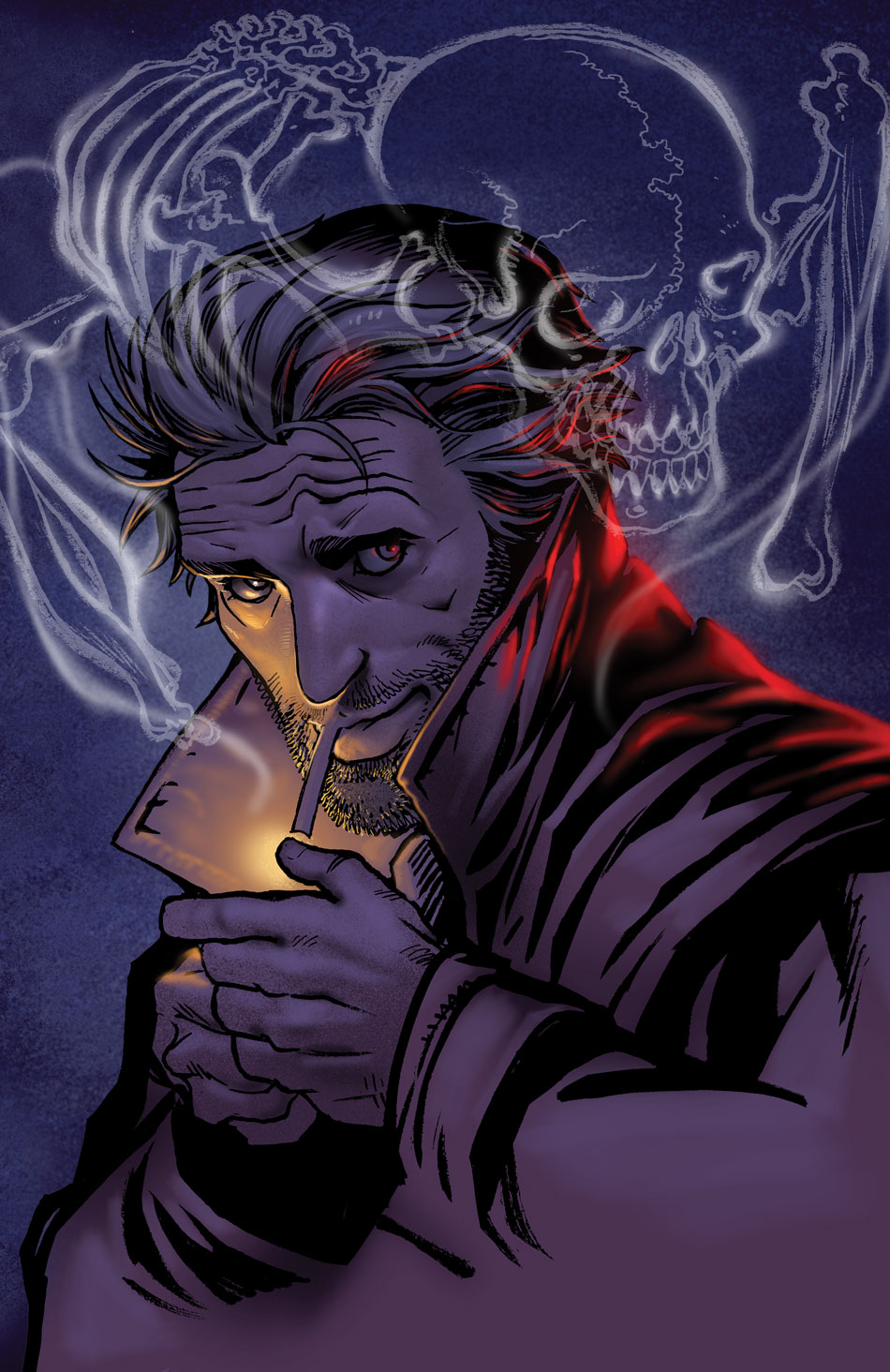 FreakSugar: For someone who might not be familiar with John Constantine, what would your elevator pitch be for The Hellblazer? 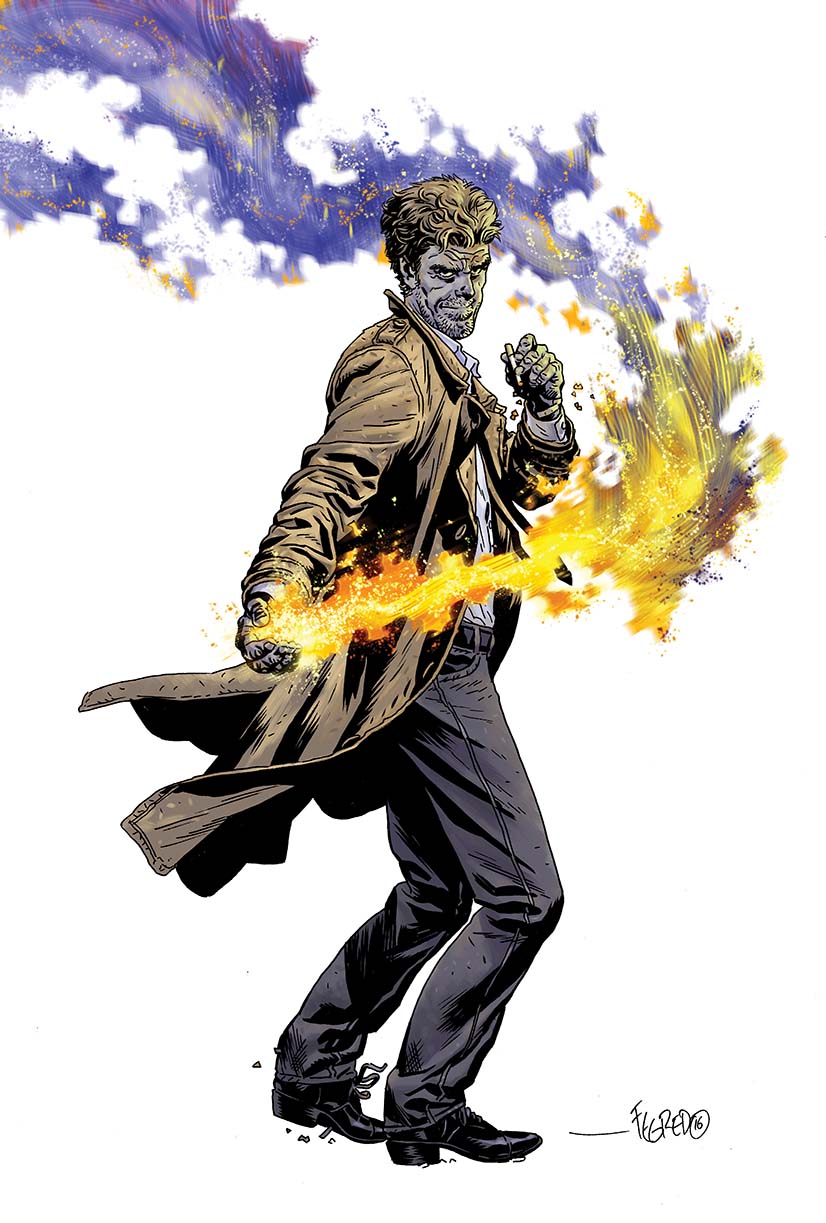 FS: You’ve worked in John Constantine’s world before. As a writer, what draws you to the character?

SO: I think because he is so flawed and so human, people relate to him. Like it or not, there’s a little of John Constantine in all of us. I love writing him, I get up and get to channel that little voice in my head that under normal circumstances it’s best to ignore and tune out. He’s angry and bitter in a very English way I can relate to. 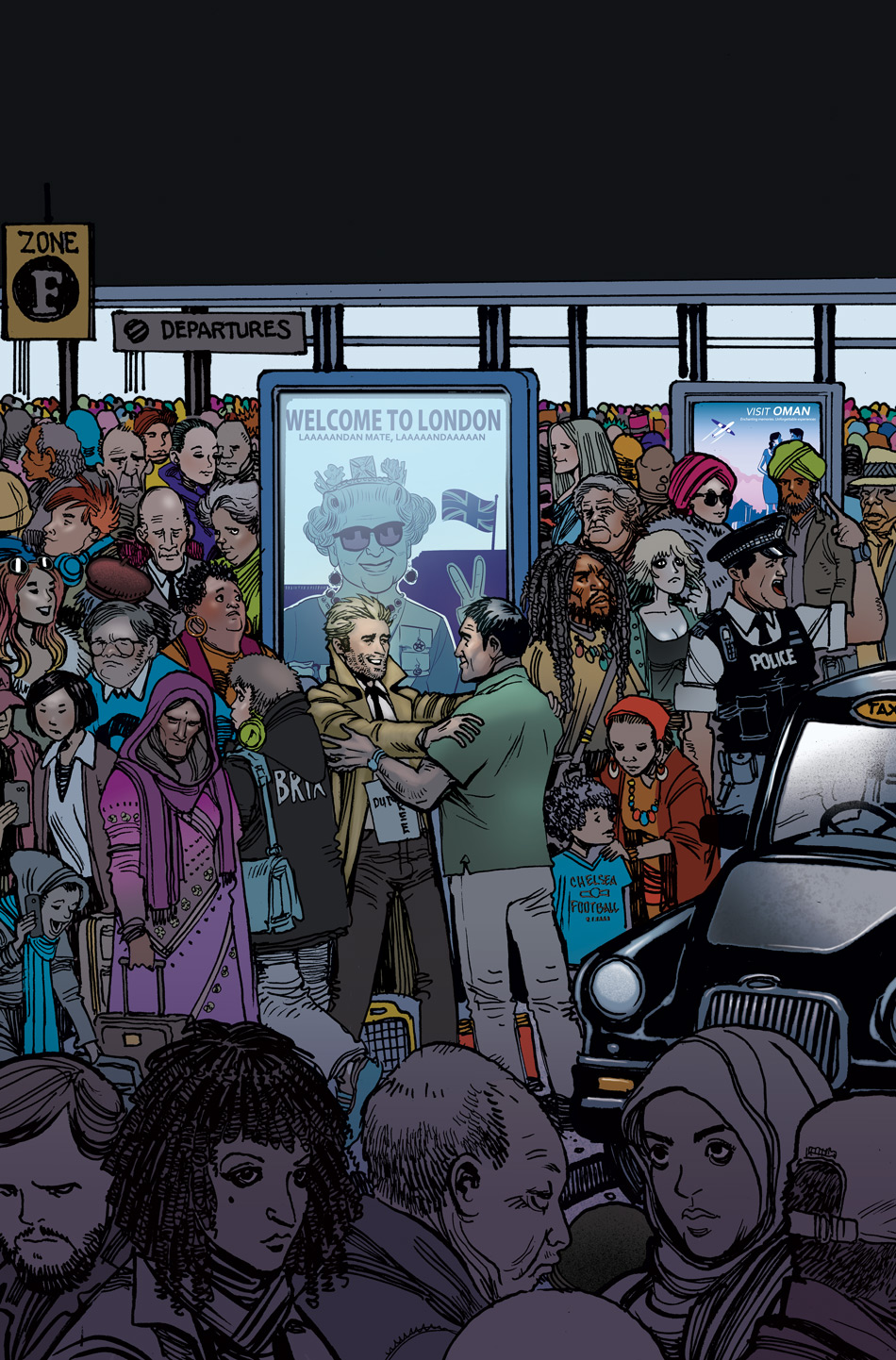 FS: Following up on that, while John Constantine is certainly an interesting and charming character, he’s not always the most likeable. Is there ever a push-pull issue for you when writing him?

SO: Yeah—sometimes I find myself having to dial him back a little, particularly with Chas. John’s known Chas long enough he doesn’t hold back on him. I feel sorry for Chas on a regular basis. But I think it’s that push and pull that makes him so much fun to write. To me he’s very much a real person. Which is a little frightening. 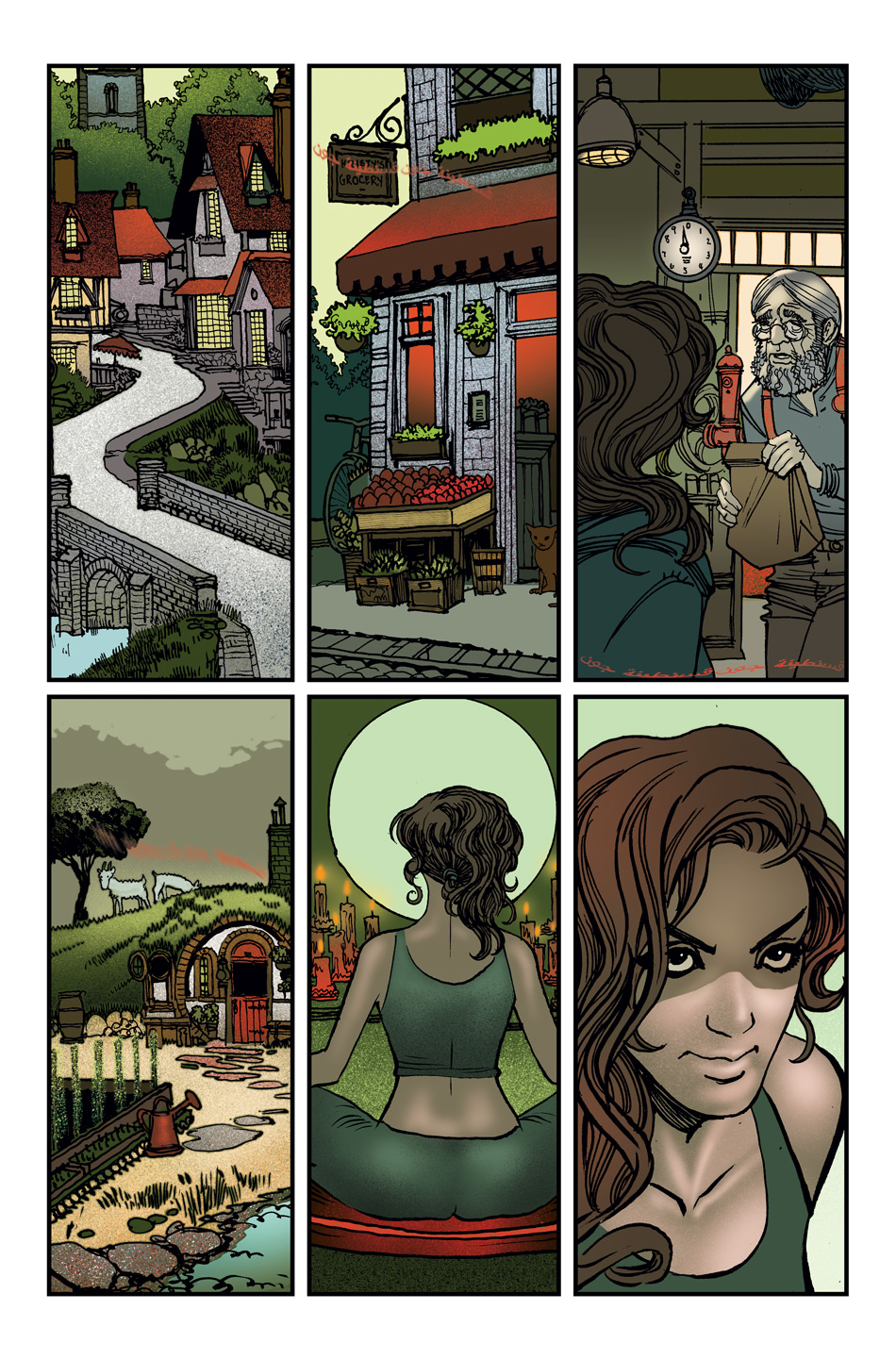 FS: Where do we find John at the beginning of The Hellblazer: Rebirth?

It’s time for him to come home. But there’s one last thing standing in his way that needs to be taken care of first.

FS: I asked Moritat a similar question, but I was curious if there’s a particular headspace you have to put yourself in when writing John’s sometimes-dark world?

SO: My wife thinks I’m a little too much like him already. I’m very dark, I’m not always sunshine and unicorns, I’m a loner, I take perverse pride in not being included, and wouldn’t want to be a part of any club that would have me. So I guess it doesn’t take much of a stretch to find the headspace. 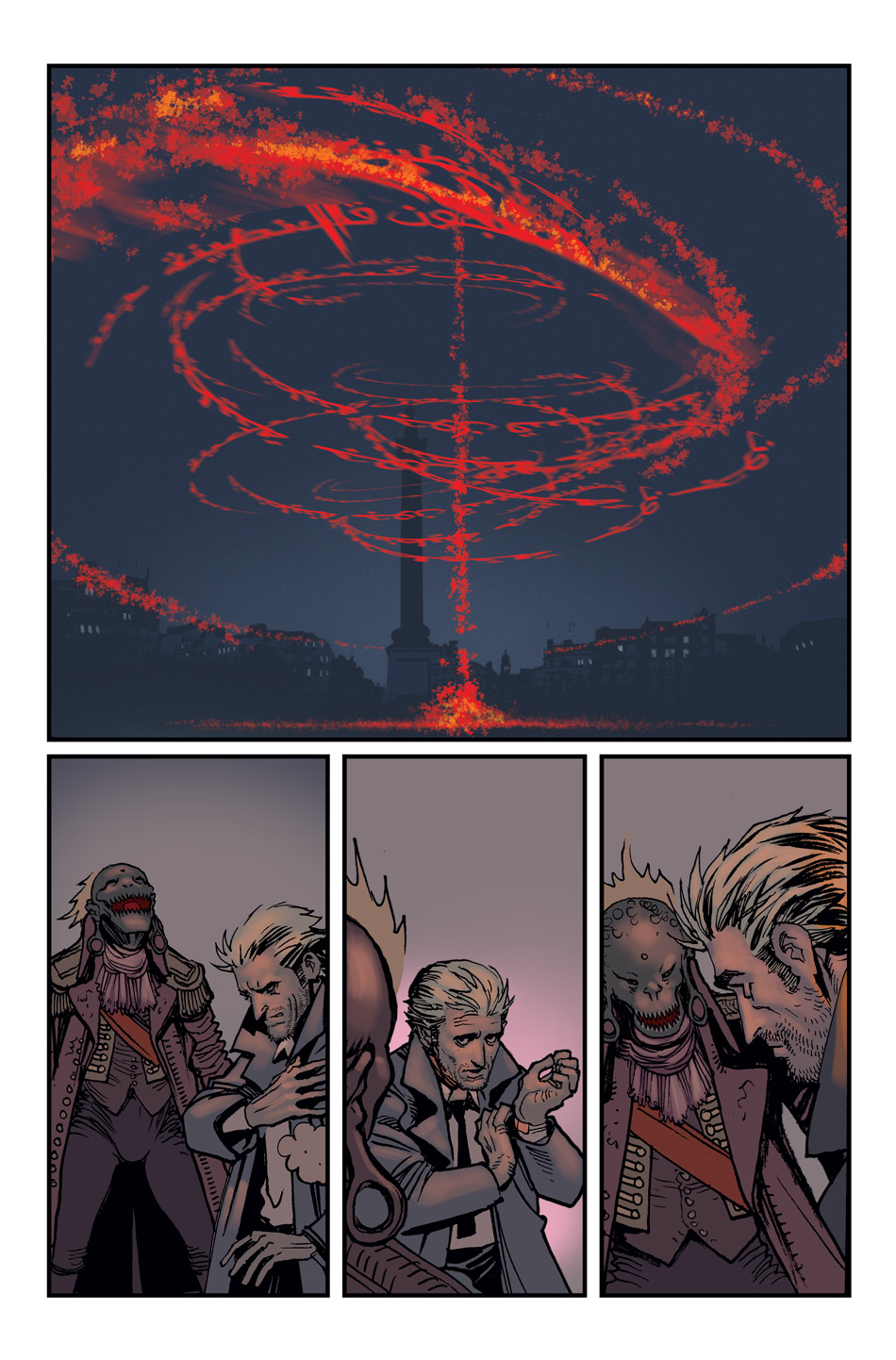 FS: Just before Rebirth, John was brought into the DC Universe proper. Are there any particular characters from the wider DCU who will be introduced in John’s world, as we saw in the one-shot?

SO: As for the DCU, I’m still playing around with that, but there is an idea for a issue that I want to do, I just need to see if the powers would be will go for it. I’m very much an outsider to the superhero world, and still figuring out what I can do without pissing off too many people. And that’s kind of how I see his character—in the past he hasn’t really found his place, so maybe he stays on the fringes, and they don’t trust him and treat him like the turd in the punch bowl that he is. But I would like to have some fun with John’s interactions within that bigger universe.

FS: What can we expect moving forward following the one-shot?

SO: The bigger story that follows ties directly into the one-shot. There’s a price to be paid for Swamp Thing’s help and soon John finds Abby’s disappearance from the Rot is tied to a bigger situation unfolding in London. For better or worse it’s definitely a throwback to the Hellblazer of old with some DCU fun thrown in.

The Hellblazer: Rebirth #1, written by Simon Oliver with Moritat on art, is on sale July 20 from DC Comics.

John Constantine’s lost weekend in New York City was fun, but London’s where his heart is—only a pissed-off demon and a curse on his soul stand in his way. Even Constantine’s questionable ethics are pushed to the limit when he puts eight million souls on the line to get what he wants….