No one would fault you if you don’t automatically associate superheroes with Fantagraphics. After all, the publisher’s offerings tend to veer on the alternative end of the comic book spectrum, known for such graphic novels as Ghost World by Dan Clowes, series such as Peter Bagge’s Hate, and reprint compilations of classics such as Krazy Kat and Pogo.

However, in 2017, the publisher looks to expand its comic book repertoire with the introduction of ALL TIME COMICS, an umbrella of interconnected, yet standalone, series featuring such characters as Bullwhip, Crime Destroyer, and Atlas. 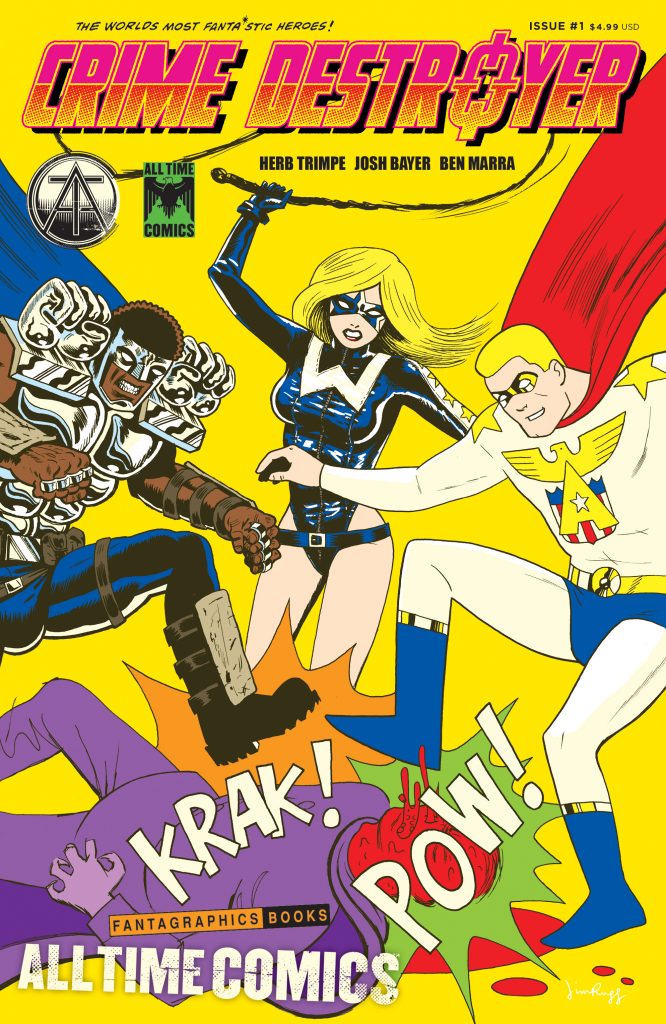 If those codenames sound like a throwback to comic books of yesterday, that’s by design. According to Josh Bayer, who is in charge of the endeavor, “ALL TIME COMICS is both an expression of affection for the books that shaped our lives, and a link to a pre-internet time when comic book culture was more precious and rarefied. It originates from a lifetime of research and our devotion to the comics medium.”

That devotion extends to Bayer himself writing the six issues announced so far. Bayer, along with his brother Samuel—who directed Nirvana’s “Smells Like Teen Spirit” music video—have a vision of not just working with classic comic book notions and sensibilities, but with superstar artists like Al Milgrom and Wolverine co-creator Herb Trimpe. 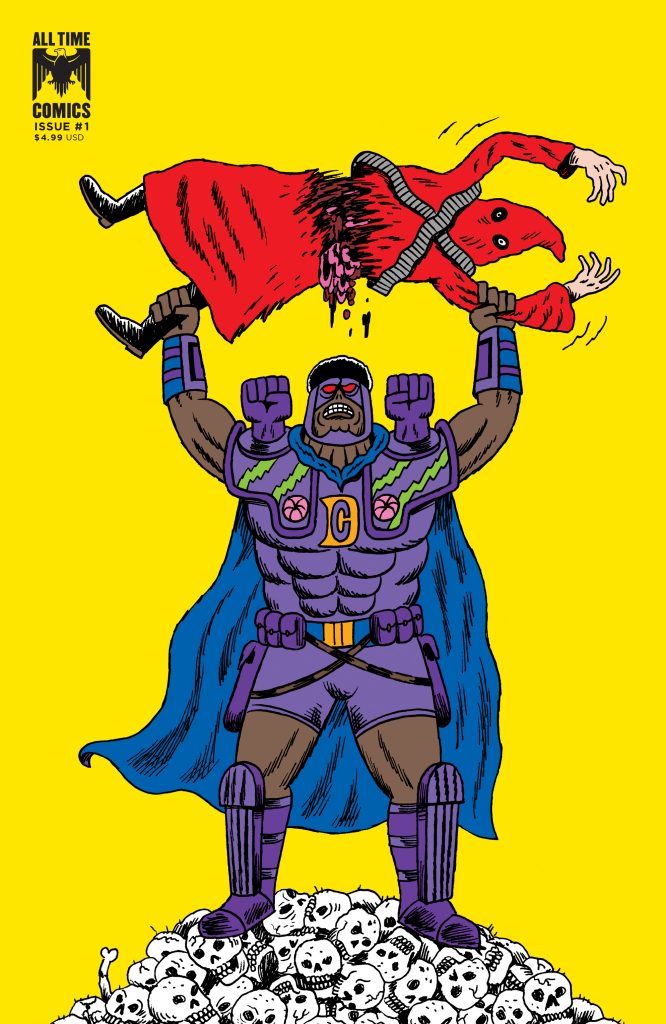 Looking at the initial art released, there looks to be an alchemy of nostalgia and a fearlessness to try something new and unique. We haven’t seen these type of character designs in years—decades, probably—and it’ll be interesting to see how Fantagraphics shapes its tales. No matter what, the stories of Crime Destroyer, Bullwhip, and the rest of ALL TIME COMICS’ menagerie of characters will be anything but stale and boring.

ALL TIME COMICS kicks off its launch this March with All Time Comics: Crime Destroyer #1.

For more information, check out the official press release below:

ALL TIME COMICS is the joint venture of the Bayer brothers: Josh Bayer, an underground comics artist and teacher, and acclaimed mainstream director Samuel Bayer, who launched his career 25 years ago with Nirvana’s “Smells Like Teen Spirit” video.

“There’s an alchemy to the Bayers’ editorial vision that is undeniably exciting, and I’ve gotten a genuine charge out of their enthusiasm for ALL TIME COMICS,” said Fantagraphics Associate Publisher Eric Reynolds. “In a market flooded with crass attempts to cash in on Hollywood’s interest in superheroes, ALL TIME COMICS is that rare project motivated by a sincere appreciation and affection for the creators behind the creations.”

“ALL TIME COMICS is both an expression of affection for the books that shaped our lives, and a link to a pre-internet time when comic book culture was more precious and rarefied. It originates from a lifetime of research and our devotion to the comics medium,” says Josh Bayer. “This project is a chance to work with not only acclaimed independent figures like Noah Van Sciver and Ben Marra, but to spotlight superstars of the field like Al Milgrom and Herb Trimpe. I see ALL TIME COMICS like an Obelisk: something that can be admired but with a greater significance beyond itself. It stands for all comics.”

“I am so excited by the combination of writers and artists that we have working on ALL TIME COMICS,” says Sam Bayer. “We’re bridging generations of creators — veterans from the 70’s with contemporary creators — to make comics that are retro cool.”

In addition to featuring the last art by Wolverine co-creator Herb Trimpe, ALL TIME COMICS features the first work of veteran artist and industry legend Al Milgrom since 2014. “It’s exciting to be a part of this new publishing venture, All Time Comics,” says Milgrom, “Independent comics have a raw energy and enthusiasm that pushes the comics envelope. I’ve really enjoyed inking BULLWHIP and BLIND JUSTICE and I’m looking forward to this old dog learning some new tricks!”

“Working with Sam and Josh on ATC was about as close to a dream comic-book project as I could ever hope to be a part,” says artist Ben Marra. “Since I was young I’ve been a fan of superhero comics. I’ve always wanted to draw superhero comics. Working on the character designs from the ground up, then being able to collaborate with comic book legends, artists I’ve looked up to since I was a kid, Herb Trimpe and Al Milgrom, was an incredible experience.”

“Sam came to me with the foundation of the characters already laid out,” says Josh Bayer. “I was able to start coming up with details like Atlas’ origin and backstory, Bullwhip’s villains and supporting cast, and a lot of Blind Justice’s story, which I’m maybe the proudest of. I was inspired by details of Bill Mantlo’s life after I read that that he lived in a head trauma center for years after his comics career was ended by a hit and run driver in 1992, I made up the Optic City Center for Cranial trauma Victims as a base of operations for Blind Justice. I also brought in a lot of stuff that fascinated me about the 1980s into some of the stories, basing supporting characters The Misogynist and Candy Chryssalium on figures from 1980s culture, since the whole concept of ATC is about folding time back on itself, trying to go back to right some wrongs, and do things over the way I think comics should be done.”

Keep up with the newest Crime Destroyer, Atlas, Blind Justice, and Bullwhip at http://www.fantagraphics.com/alltime1/  Follow ATC via Twitter at @alltimecomics and via Facebook @ALLTIMECOMICS. Don’t miss the most talked about superhero event not published by a corporate conglomerate when the adventures of the world’s most fanta*stic heroes begin in March 2017!