This Wednesday, April 18th, DC Comics will celebrate a milestone in comics, with the one-thousandth issue of Action Comics hitting newsstands. The occasion is monumental for several reasons, perhaps most notably because it’s the first comic book to hit that landmark 1000 issue number. When coupled with the fact that Action Comics #1, the first appearance of Superman, is considered the kick-off of the Golden Age of Comics, and Action Comics #1000 is hitting on the Man of Steel’s 80th anniversary, then it’s no wonder that even folks who aren’t necessarily comic book fans are taking notice.

In anticipation of the watershed issue going on sale this week, DC Comics was kind enough to send members of the press a kit of Action Comics #1000-related goodies.

While there will be a variety of variant covers for Action Comics #1000, here’s a pic of the main cover, rendered by Jim Lee: 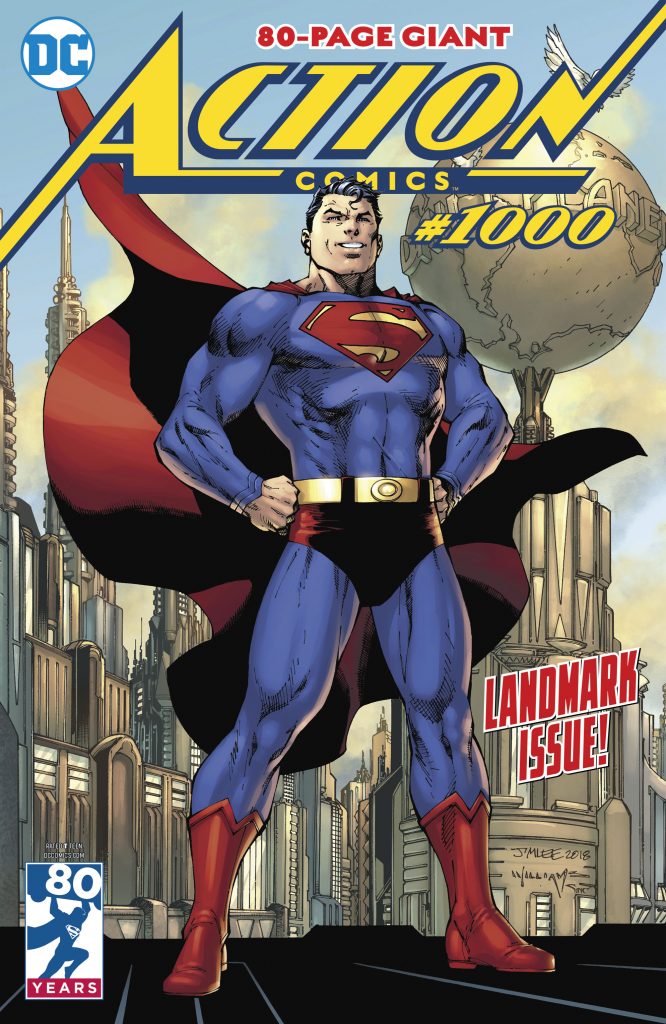 And here’s the same cover, as seen in pretty, holographic fanciness. (The pic doesn’t do it justice. It truly is shiny and pretty.) 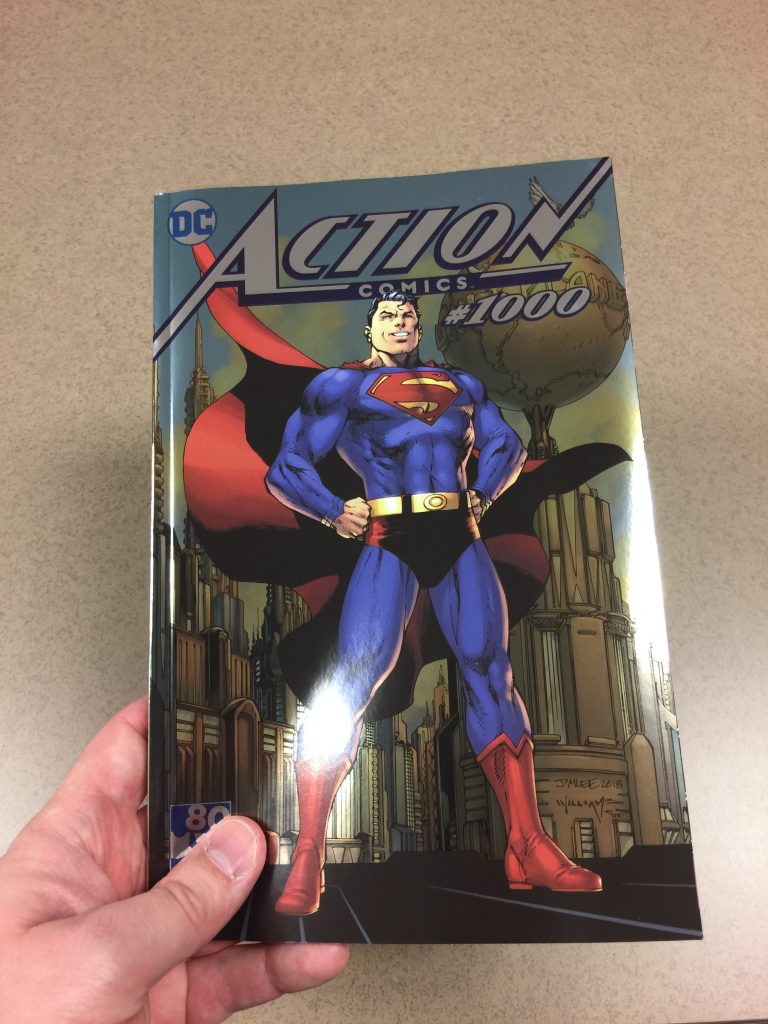 I wish I could show you the inside because the stories within truly are special, but you’ll have to wait until the comic’s official release on Wednesday. Trust me, it’s worth the wait.

In addition, press-types were sent a copy of Action Comics: 80 Years of Superman: The Deluxe Edition, which is a whopping 384 pages of tributes to the Man of Tomorrow in the form of essays, stories, and dazzling art. And! There’s a never-before-published Superman story from the hero’s creators Joe Shuster and Jerry Siegel, thanks to a generous donation from comic book legend Marv Wolfman. The book is currently on sale now. 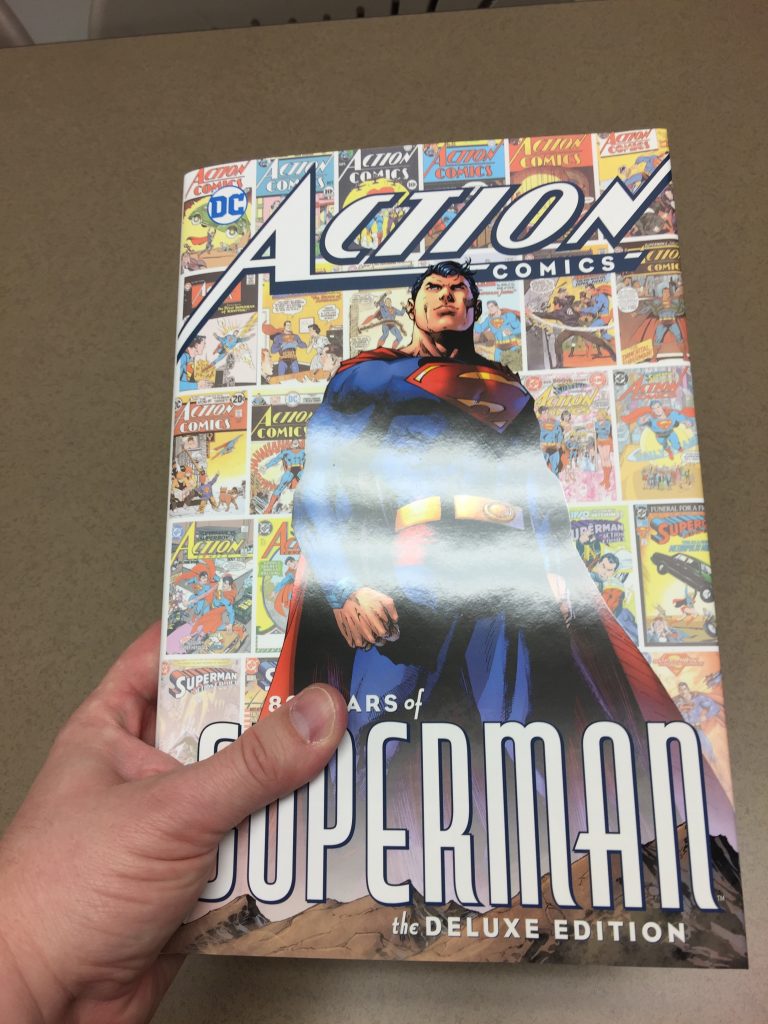 This is pretty special and I’m just now scratching the surface of this nearly 400-page juggernaut. If you’re a fan of the special features section on Blu-rays, this book is for you. Learning the ins and outs of creating the character and reading what the superhero means to writers and artists throughout the decades is touching, educating, and inspiring. 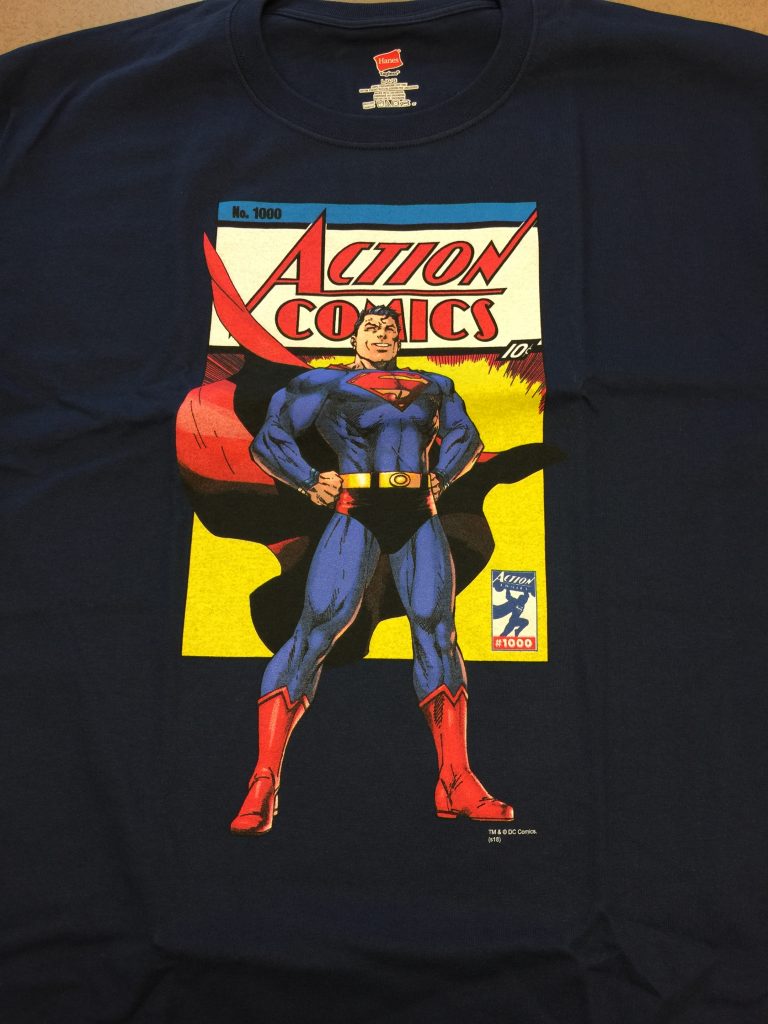 Finally, you may or many not have seen the hashtag #TheTrunksAreBack floating about Twitter. If you’re a casual reader of comics, you may have not known that, a few years back, Superman’s costume got a redesign, the biggest change being the removal of his trademark red trunks on the outside of his outfit. With Action Comics #1000, however, DC is bringing back the trunks, as seen on the cover above. So, of course the press team at DC sent out some red trunks as a nod to their return to the costume. Pretty inspired choice, really. Kudos to the press team for that one! 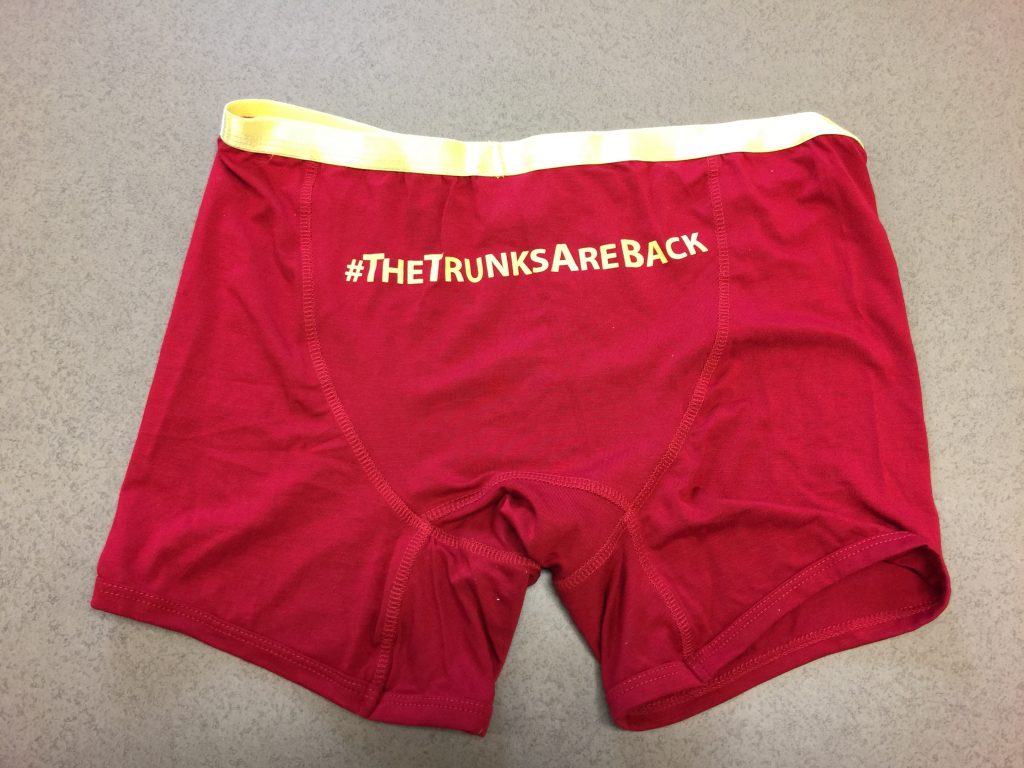 A big thanks again to DC Comics for the snazzy swag. And seriously, readers, check out Action Comics #1000. It’s not often a comic hits such a milestone–1000 issues really is an achievement. Further, there’s a whole host of short stories in the comic so, no matter your favorite version of the character happens to be, there’s something in there for everyone.

Celebrate 1000 issues of Action Comics with an all-star lineup of top talent as they pay tribute to the comic that started it all! From today’s explosive action to a previously unpublished tale illustrated by the legendary Curt Swan to the Man of Tomorrow’s future—this very special, oversized issue presents the best of the best in Superman stories!

FEATURING ALL-NEW ART AND STORIES BY:
…AND MORE!
DECADES-SPANNING OPEN-TO-ORDER VARIANT COVERS BY:
…PLUS A BLANK VARIANT COVER!