If you were like me and not able to say that with a straight face, or you have no clue what the hell I am talking about and just clicked on the article because of the picture of man in a giant turkey costume; then I invite you to stick with me as we take a look at one of one of those wrestling gimmicks that even twenty-four years later, still leaves us asking the question… why?

To answer that question let’s start at the beginning. In the weeks leading up to the 1990 Survivor Series, a gigantic egg started to appear at WWE events across the country, with the promise that something new and exciting would emerge from the egg when it was ready to hatch. Each week the speculation would grow as to what could be in the egg. Would it be the return of a former Superstar? Would it be a debut of a new character? Would the WWE show it’s networking power once again (Not to be confused with the lack of the WWE Network’s drawing power) and bring in a celebrity guest for the evening?

In fact, with the rise of the internet era, speculation continues as to what could have been in that egg continues to this day. One of the more popular rumors that continues to resurface across the internet wrestling community, is that one plan for the egg was to have Mark Calaway emerge from the egg, as a gimmick character “The Eggman”. Thankfully for fans everywhere, this thought would not come to fruition, and instead Mark Calaway would debut that night as a part of Ted DiBiase’s Million Dollar Team, under a slightly more notable name… The Undertaker. 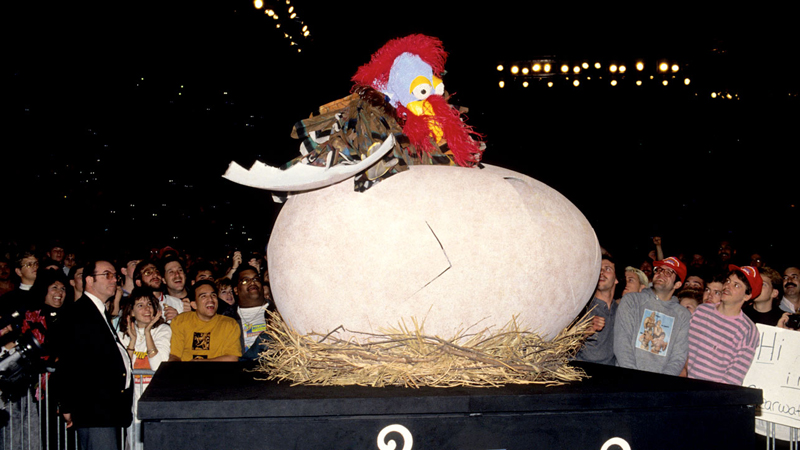 Back on the farm however, that still leaves the issue of what would emerge from the egg on that cold November evening. On that night, Mean Gene Okerlund would stand before the crowd and announce that the incubation period was over, and it was time for something exciting to emerge. After a few more sentences of, which now looking back on the moment can only be described as regrettable hype, would then pop out the Gobbledy Gooker! The Gobbledy Gooker, portrayed as a man sized turkey that looked like it had be designed for your first grade Thanksgiving pageant, was instantly met with a sea of boos from that Hartford, Connecticut crowd. The disdain in the crowd’s chants grew, as Mean Gene proceeded to interview the Gooker on its wants and demands, only to find out that apparently giant turkeys love dance contests. At one point the announcers tried to save the segment by exclaiming that the crowd had really taken to the Gobbledy Gooker, only to have the crowd erupt in further outrage and disappointment.

The worst part of this incident, outside of the fact that the entire event happened, is the fact that the man inside of this suit was none other than Hector Guerrero, second generation wrestler, and brother of the late Eddie Guerrero. The effect that this would have on his career continues to this day, as when you type in a simple web search for the Gobbledy Gooker, the first thing that pops up is the fact that Hector was the man behind that ill-designed mask.

With the lack of support behind the gimmick, the WWE would quickly let the Gobbledy Gooker fade into whatever oblivion that failed gimmicks wind up in and by in large would become nothing more than dust swept under the rug until 2001, and the Wrestlemania X-Seven (17, for those of you who might not understand all of the “innovative” marketing of the late 90’s & early 2000s marketing team). Once again in this match the Gobbbledy Gooker would make his return, with Hector being the man behind the bird. Even though the Gooker would be eliminated second in this match, this was enough of a revival for the character to resurface in small segments on the WWE’s Website, with the most recent of which being a “Gobbledy Gooker Goes to Work” series. 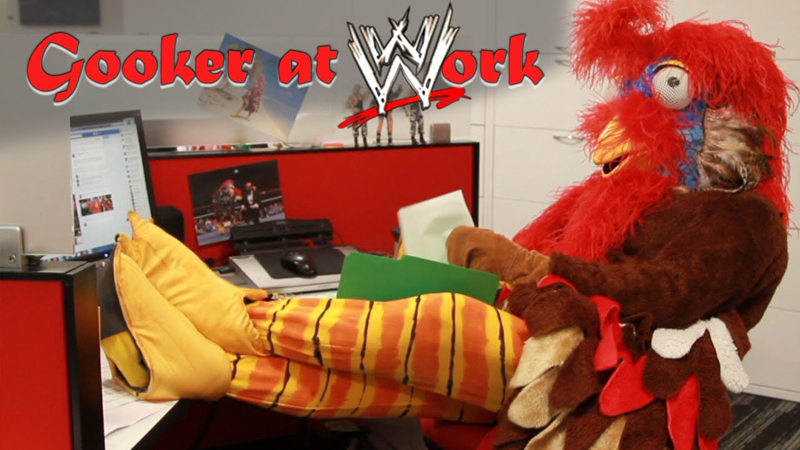 That about wraps up all there is to say about the travesty known as the Gobbledy Gooker. A story of a halfway decent idea, that was poorly executed, and the story of two wrestlers whose careers took very different trajectories. If there is any lesson to be learned from this, it might just be that turkeys can’t dance… or deliver an entertaining Tombstone Piledriver.