As just about everyone knows, Chyna, Joan Marie Laurer, passed away this past week at the age of 46. As of the time of this writing an official cause of death has not yet been determined; however, it is doubtless that in many people’s mind her death will have been the result of some sort of drug overdose, prescription or otherwise. While this may prove to be indeed true, I would prefer to await an official declaration rather than speculate further on the life of someone who has been the center of controversy and speculation most their life. 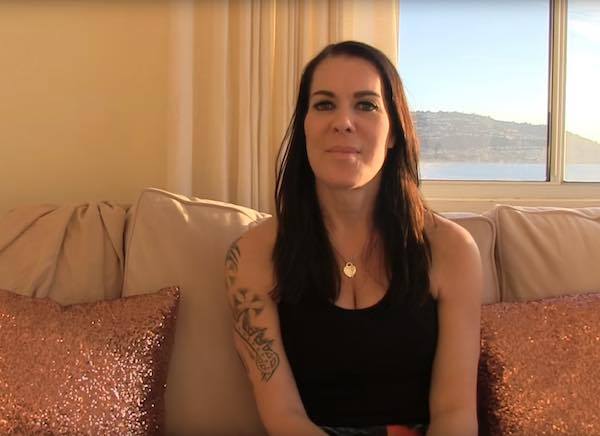 At her peak, Chyna was a phenomenon, dubbed the 9th Wonder of the World (The 8th being Andre’, a comparison which in some ways speaks for itself). She rose in popularity to the point that she was considered in equal footing to Chris Jericho, who was one of the top performers of the late 90’s, and early 00’s. Chyna was a pioneer in professional wrestling, this cannot be disputed by anyone with any sense of history. Technically holding the title three times, she was the first, and currently only, woman to hold the Intercontinental Championship, a title that includes Mr. Perfect, Ricky the Dragon Steamboat, Rick Rude, and Randy Savage, among others, in its lineage. In 1999 she became the first woman to enter the Royal Rumble, coming in at number 13. She was also one of the founding members of D-Generation X, the group that would eventually help the WWE overtake WCW in the Monday Night Wars, and which is beloved by just about any fan who are begging WWE to return to the Attitude Era.

Current on-screen COO, and real life WWE Executive, Triple H owes much of his early career success to the assistance of Chyna. It was with her that he moved away from the Blueblood Hunter Hearst Helmsley to the Game, Triple H. This move would prove pivotal in transitioning him from being just another solid worker to being one of the key players in the Attitude Era of the WWE/F. Chyna proved she was a legitimate contender by moving away from Triple H and DX and feuding with the likes of Chris Jericho and Jeff Jarrett. She was also involved in what would turn out to be a hugely popular storyline with Eddie Guerrero before leaving the company in 2001.

After leaving the WWE, Chyna started her adult film career, a move which is laughed at by some, but it’s a move that countless others have made to nowhere near the success of Chyna, and nowhere near the ridicule. Chyna appeared in Playboy twice, and over the course of nine years (2004-2013) released six adult films. For which she won two awards. She also made multiple television and mainstream film appearances, and remained largely in demand as a public figure until her death a few days ago.

The fact that Chyna had substance abuse demons cannot be denied, but it should not define her as a person. Coming from a family directly affected by drugs and alcohol, I can state first hand that sometimes the will to quit itself is sometimes, unfortunately, not as strong as the addiction. I do not hold Ms. Laurer completely blameless for her situation; however, she is not the sole party to blame either. The WWE in the past has made valiant efforts at the rehabilitation of some of its “legends,” a title that Chyna certainly deserves, providing for rehab, and medical expenses that have in many cases saved lives.

The official company line was that the WWE, in an effort to protect our children from doing a Google search on Chyna, cut ties with Joan Laurer due to her lifestyle. The fact is that the company has had, and in some cases still has, ties to noted, and/or alleged racists, sex offenders, murderers, individuals charged with domestic abuse, and yes, even pornography. For a prime example of this, see Tammy Lynn Sytch, the former Sunny, who has recently decided to start filming adult films. Speculation is that a rift between Chyna, Triple H, and his current wife, Stephanie McMahon, is the reason that the WWE never reached out to help Chyna in the same way it has, for example, Scott Hall. She was never re-embraced like Jake the Snake Roberts, and never, while living, was included in the vaulted Hall of Fame like the Ultimate Warrior. All three of those individuals have lives that are far from what would be socially acceptable as normal, however they are all lauded, while Chyna was ridiculed.

Having worked on the last wrestling show Chyna was ever on, I was able to see that there was a huge fan base that loved her, and that, despite whatever personal troubles she may have been enduring, while she did not wrestle, or involve herself in any capacity other than a fan greeting at the show, it was clear she could still turn on the character, and entertain. She still had “it.” Despite the line to see her being longer than anticipated, she still took the time to speak with, and take pictures with each fan who wanted to meet her. While I myself was not able to meet her due to my having other responsibilities at the time, I was able to see her from distance, and noted how happy she seemed to be interacting with her fans.

Chyna’s story is a strange one. On one hand, she should be one of the most highly revered superstars in WWE history, a celebrated ambassador of equality, and progressiveness. However, on the other hand, there is a confusing, and heartbreaking refusal of acknowledgement that in all likelihood only fueled whatever demons she was already dealing with in life. Her story didn’t have to end the way it did. She was a hero to many women who grew up without anyone to represent them until she came along. She was and is a legend, and a key part of professional wrestling history. Her loss will be noted, and her legacy will hopefully one day be restored. It is just very unfortunate that she will not be around to see it happen. I hope she was aware of the lives she changed for better. Rest in peace, Joan Laurer.