Writer Dan Jurgens knows a thing or two about the Man of Steel. Jurgens has had a creative hand in the tales of Superman stretching back over two decades, notably as one of the chief architects of the Metropolis Marvel’s death and rebirth.

Jurgens is currently writing Action Comics, following the story of that same Superman, who finds himself as a father and a husband, as well as filling the shoes of the New 52’s Superman, who recently perished saving the world. Clark Kent now finds himself in a world filled with people who don’t know him, seeing only a super-powered man who appears to be similar to the friend they lost. To further complicate matters, this world’s Lex Luthor is fancying himself a hero to replace the fallen Kryptonian and Doomsday, the beast that originally killed Superman, is rampaging across Metropolis.

Mr. Jurgens spoke with me recently about what keeps writing Superman fresh, Superman’s recent battle with the monstrous Doomsday, and what we can expect going forward.

FreakSugar: You’ve worked on Superman for several years. What is it about Clark that makes you want to keep revisiting the character? What keeps him fresh for you?

Dan Jurgens: I believe every writer finds characters that they really click with, for whatever reason. They simply seem to fall in sync somehow, as that writer is able to touch on aspects of the character that really click.

What I like about Superman is the incredible range of stories that fit the character. On a large scale level, Superman is such a powerful character that you can do a story about him going up against a threat that imperils the entire galaxy.

But it’s also important to note that he’s as human as we are. He was raised on a farm in Kansas and those attributes make it possible to tell a story that could be a seemingly small, character driven story as well. The entire saga of Superman depends on him being able to relate to us and that’s where the human aspects come in.

Add his wife Lois and son Jon to the mix and he becomes a character with tremendous range. I find that very appealing. 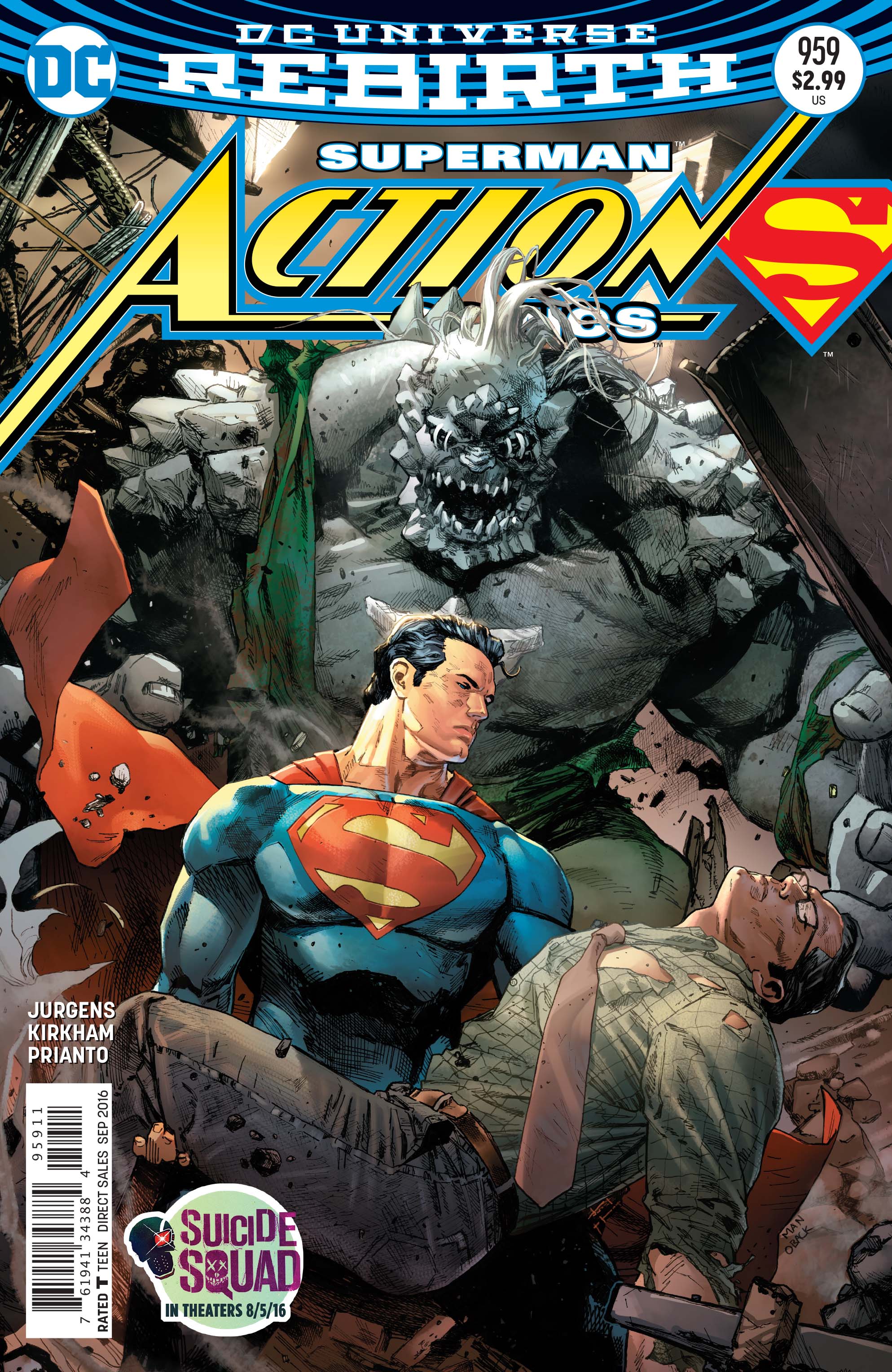 FS: You were one of the chief architects of the original Doomsday story. What was your process like approaching this new tale, adding new twists to the yarn while still giving a nod to the original?

DJ: I’ll be the first to admit that there’s a bit of a fine line to walk but I’d like to think we found the perfect balance. Yes, Superman fought Doomsday before and “died” in the process. At the same time, it’s important to note that conditions are different this time because his life as changed.

What does it do to Superman if, during the fight, he’s aware of the fact that his wife, who was there to see the first fight’s fatal conclusion, is watching on TV with his son? What is Jon’s knowledge and sense of Doomsday? How does that change Superman’s motivation in the fight? If Superman is now a bit older and wiser, how does he adapt?

Really, the best way to sometimes deal with the past is to find contrast.

FS: How would you describe the headspaces of our cast at the beginning of the arc?

DJ: Superman and Lois are simply trying to find their place here. This is a different Earth than the one they left. They’ve been living here, in secrecy, for years. Superman has now stepped into the limelight and that’s a development that makes life a bit complicated when you have a young son at home. 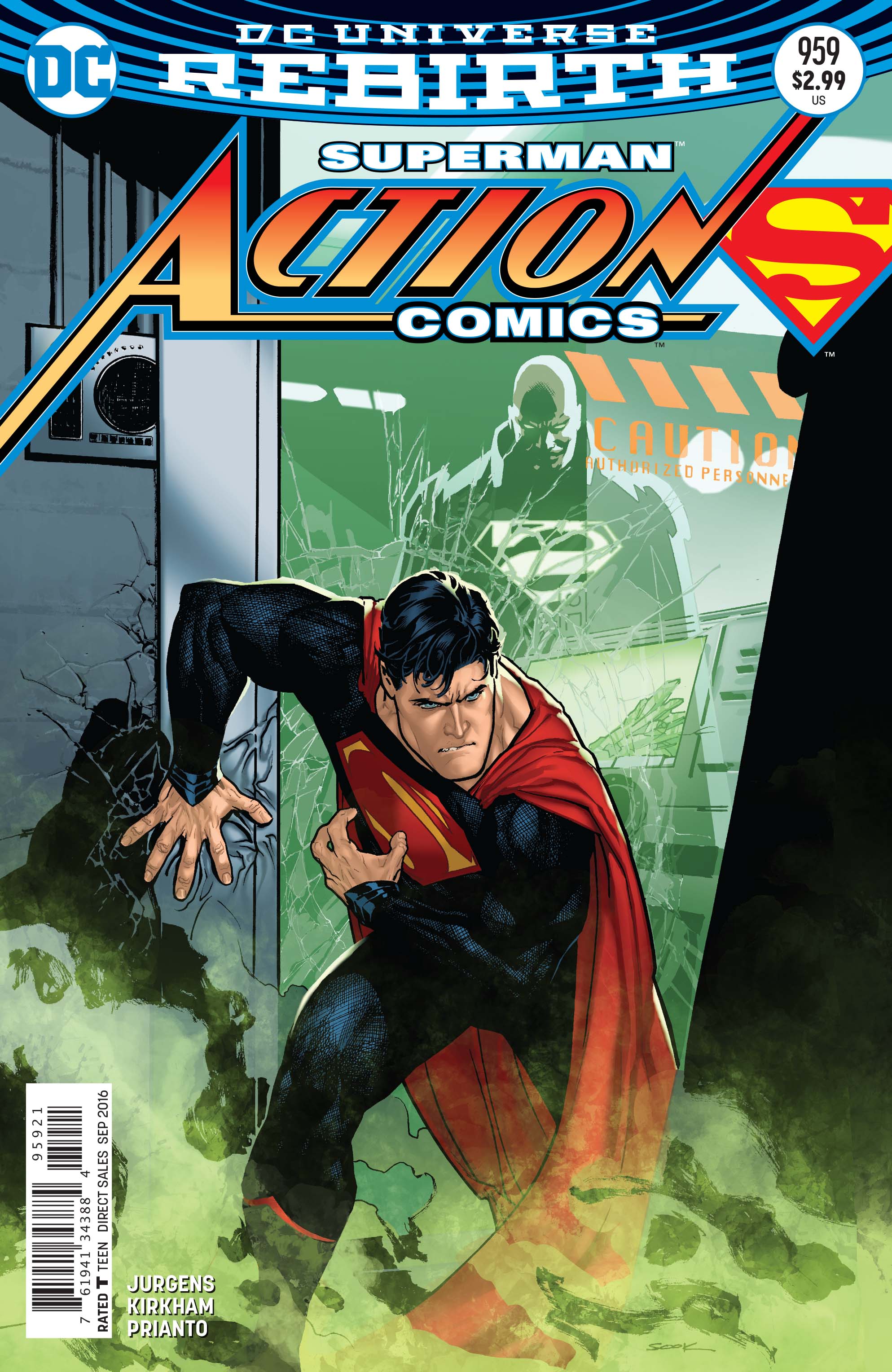 FS: Luthor’s motives seem a bit unclear, but, for now, he seems to want to help. Do you see Superman’s death as a chance for him to finally be altruistic? Will the pre-New 52 Superman’s appearance bring out his baser, more hateful instincts?

DJ: Lex Luthor is a tremendously complicated character. At this point, yes, he wants to be a force for good. But the question that has to be asked is, does he really have the skill? Can he really follow through on that? Is he capable of the necessary sacrifice to put others first and himself second? And if he can’t, then what?

These are things we’ll be exploring as we dive deeper into the character and his relationship with Superman.

FS: With the pre-New 52 Superman’s knowledge of Doomsday, how does that affect both how he approaches the monster and how he fights him?

DJ: Superman’s knowledge of Doomsday will actually become a key part of the Doomsday fight as it plays out. It’s a core part of the story as it unfolds. 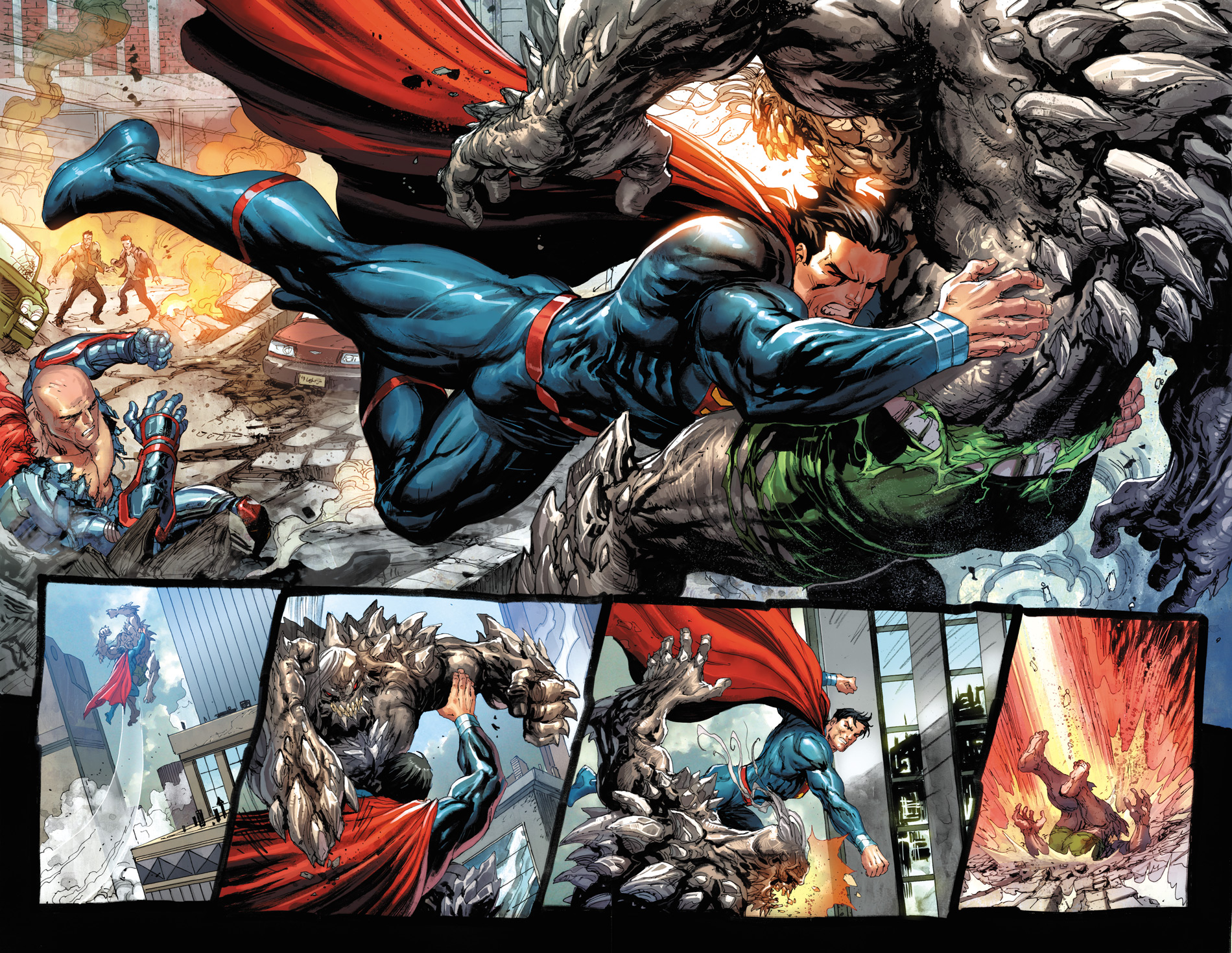 FS: Doomsday’s appearance seems to be the result of the man watching the action from afar, pulling the strings. At times, he seems to be rooting for Superman. Without giving too much away, what can you say about the man and his motivations?

DJ: That’s a development that’s building to something a bit bigger down the road. There are multiple layers of story related to that and we have a great deal to explore.

FS: At the end of #959, things don’t look wonderful for the mysterious, seemingly powerless Clark Kent who showed up at the start of the story. Is there anything you can tease about what we can expect moving forward?

DJ: The presence of another Clark Kent is probably the biggest change-up we’re throwing at readers. Superman has no explanation for who this is, nor does anyone else. All he knows is that there’s a person who claims, and by all accounts appears to be, Clark Kent. This is a story that will complicate his life in ways we’ve only tapped the surface on. There’s a lot more to come!

Action Comics #959, written by Dan Jurgens with art by Tyler Kirkham, is on sale this Wednesday from DC Comics.

Clark Kent gets caught in the crossfire as Doomsday crashes through the streets of Metropolis! As Lois struggles to keep young Jonathan out of the path of destruction, can former enemies Superman and Lex Luthor stop the monster that once destroyed the city and killed the Man of Steel—or does Luthor have other plans?