A story’s title doesn’t always deliver. But in the first issue of Marvel’s Death of the Inhumans, the creative team of writer Donny Cates, artist Ariel Olivetti, colorist Jordie Bellaire, and letterer Clayton Cowles proved that they’re not here to mess around. Already taking both a beloved Inhuman character and arch-villain off the board–as well as the Inhuman kingdom of New Arctilan–courtesy of the mysterious Kree warrior known as Vox, it’s clear that nobody is safe in Cates, Olivetti, Bellaire, and Cowles’ hands.

And if these exclusive preview pages of issue #2–out Wednesday, August 1st–are any indication, the Inhumans’ king Black Bolt may let his fury overtake him in retaliation for what he and his people have already lost. Cates’ narration, detailing the struggle that Black Bolt is facing in the wake of his lost people, makes us mourn with the Midnight King and ache for him. Olivetti’s gorgeous linework is in full effect here as well, showing both the scope of Vox’s decimation and the woe etched on the faces of Crystal, Karnak, Black Bolt, and the other Inhumans. While some of the characters wear bright colors, Bellaire makes certain that the palette is muted to suggest the weight of what has occurred. That weightiness is echoed in Cowles’ font choice, as the letters feel both regal and earnest, suggesting the intensity of the situation.

Marvel has truly assembled a creative team that will do justice to a story bearing such an operatic name as Death of the Inhumans–whatever that death may mean. 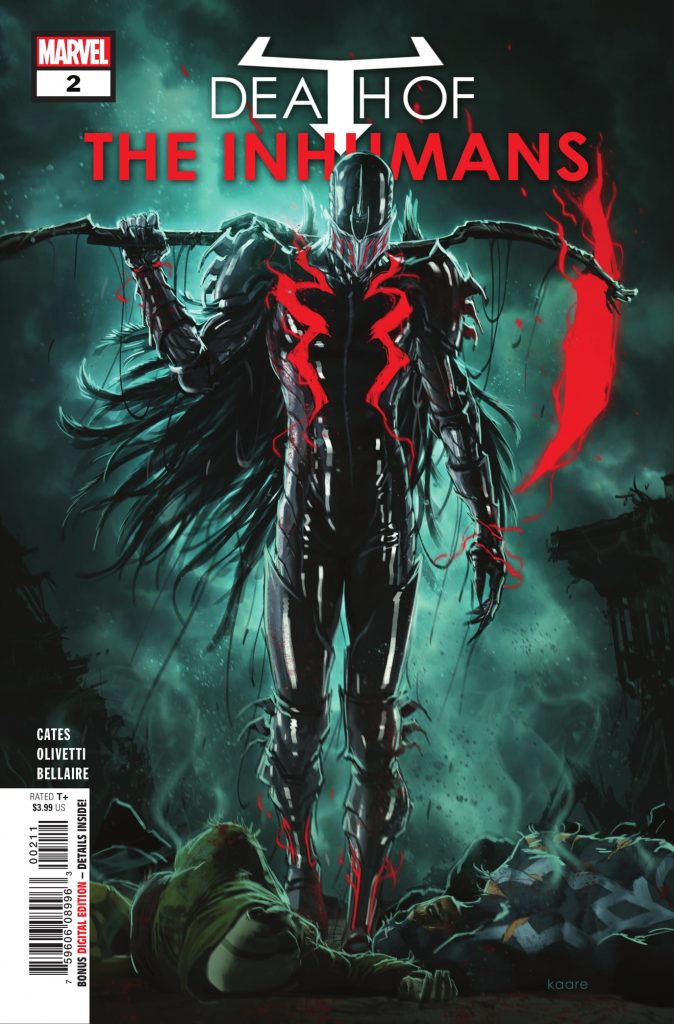 DEATH OF THE INHUMANS #2 cover 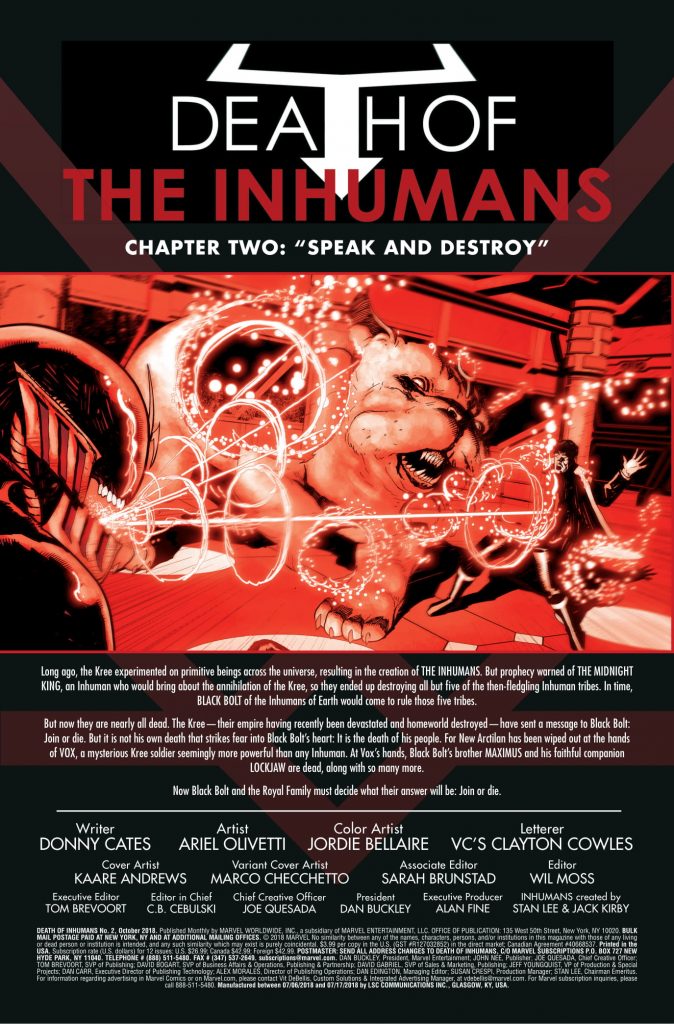 DEATH OF THE INHUMANS #2 page 1 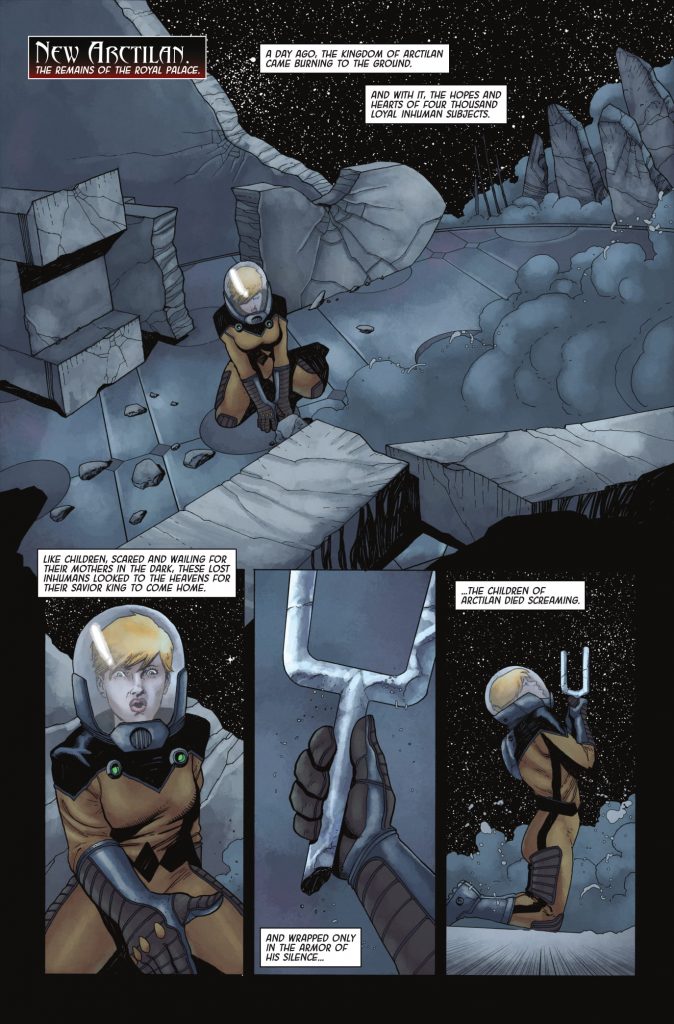 DEATH OF THE INHUMANS #2 page 2 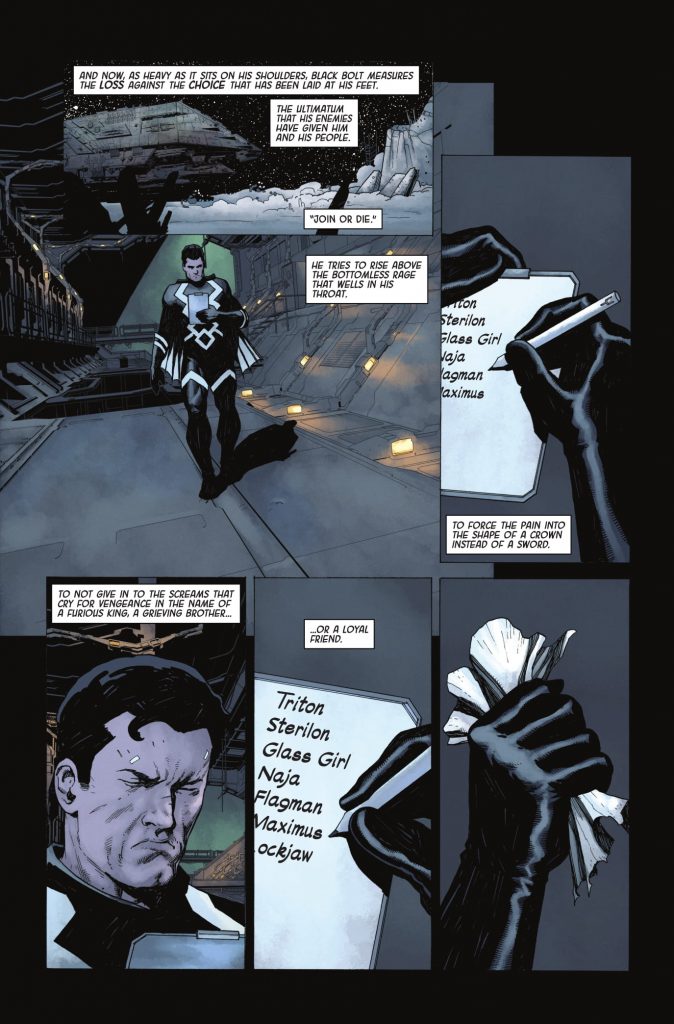 DEATH OF THE INHUMANS #2 page 3 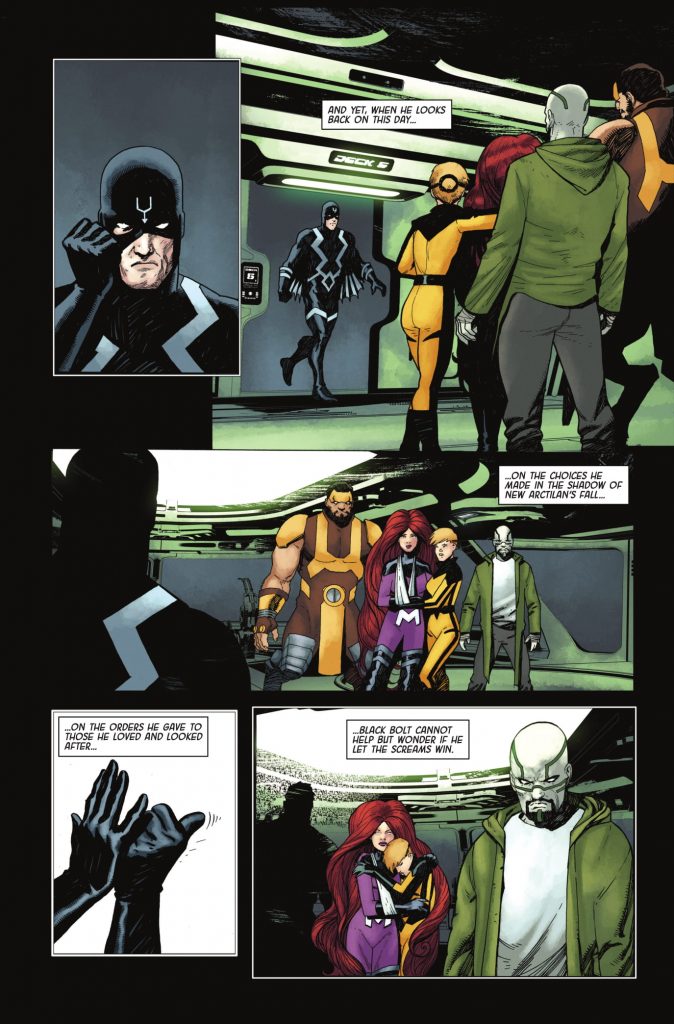 DEATH OF THE INHUMANS #2 page 4 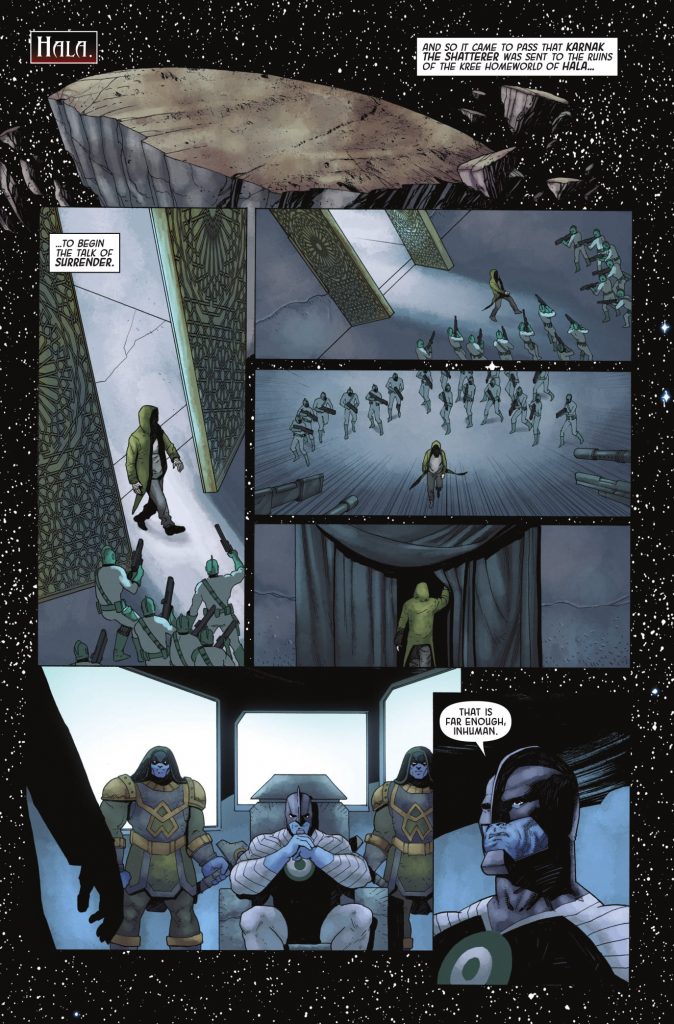 DEATH OF THE INHUMANS #2 page 5

Death of the Inhumans #2 goes on sale Wednesday, August 1st, from Marvel.

JOIN OR DIE! Attilan died screaming without its king. Now Black Bolt sets out for vengeance against the Kree — and leads the last of his people to their deaths. For the Kree have a weapon of their own…one that will teach the Silent King what it truly means to be voiceless. The massacre continues as Donny Cates and Ariel Olivetti bring the Inhumans to their lowest point in history.