In these exclusive preview pages of Detective Comics #993–written by James Robinson, drawn by Carmine di Giandomenico, colored by Ivan Plascencia, and lettered by Rob Leigh and on sale Wednesday, November 28th, from DC Comics–Bruce Wayne, Jim Gordon, and a smattering of other mourners pay respect to Harvey Dent–the sometimes-villainous Two-Face–and laud him for helping Batman save Gotham City. But is Two-Face really dead? That’s clearly written on Bruce’s face at this service. If the written and artistic beauty of these preview pages is any indication, whatever tale the creative team produce, his search for the truth is going to be an elegantly somber and gorgeous affair. 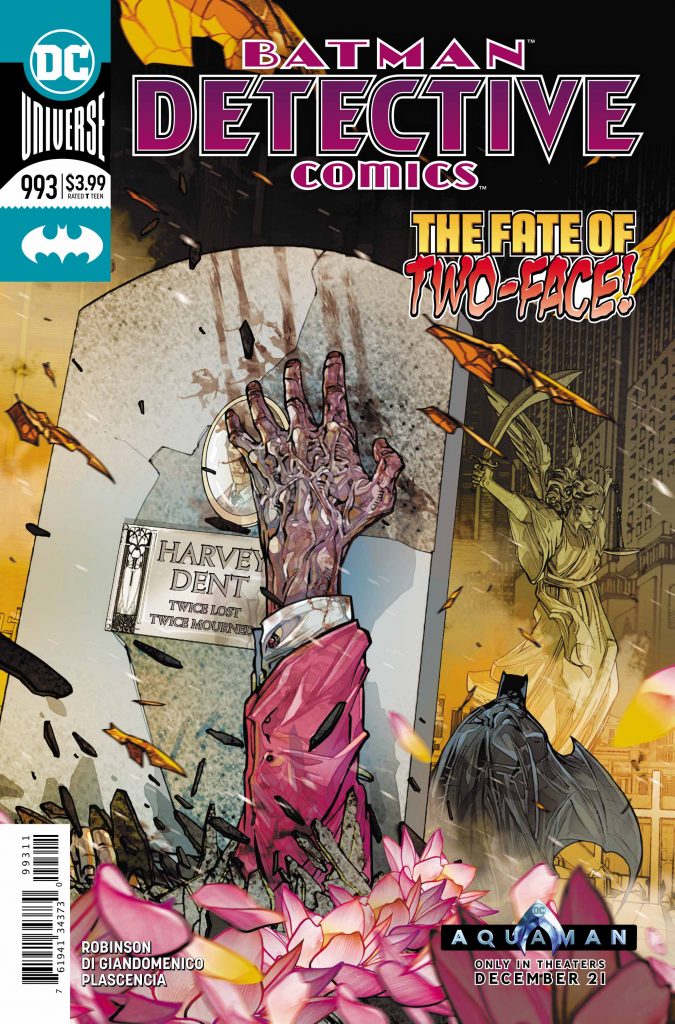 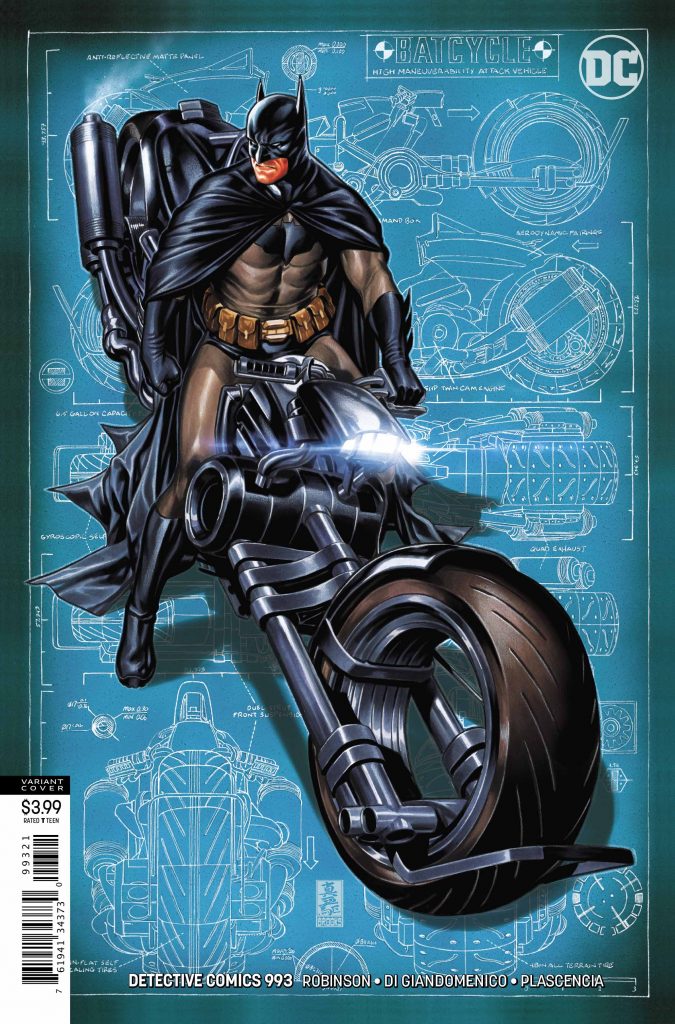 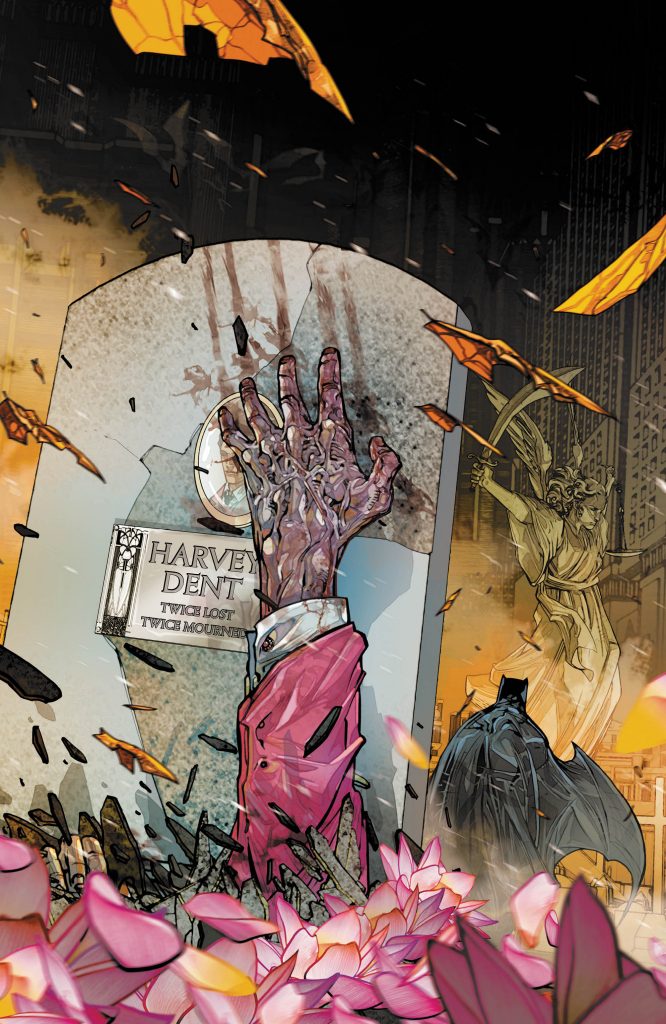 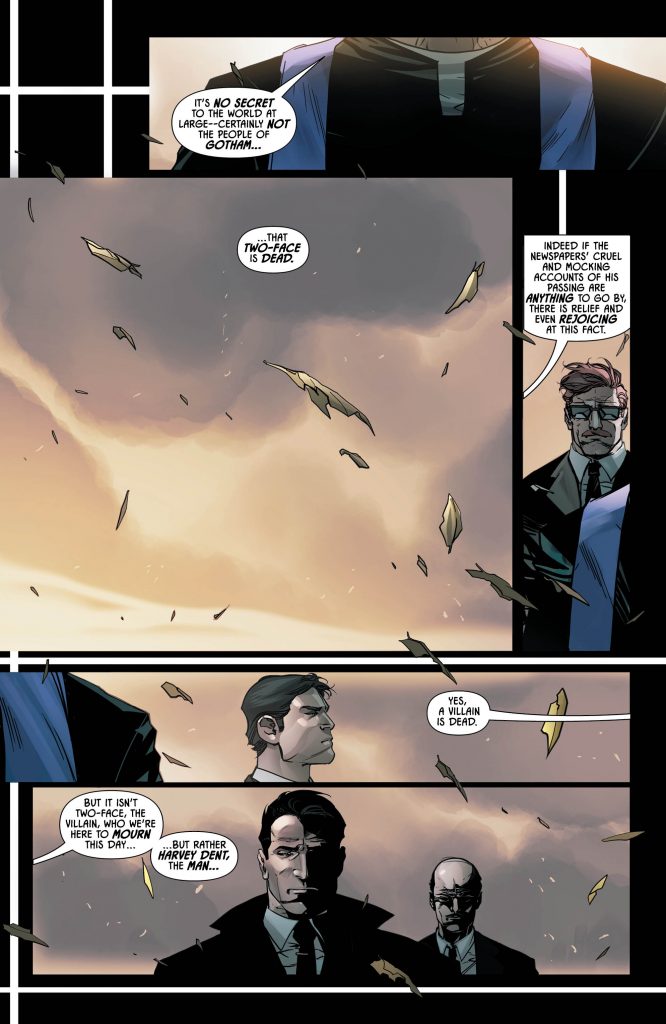 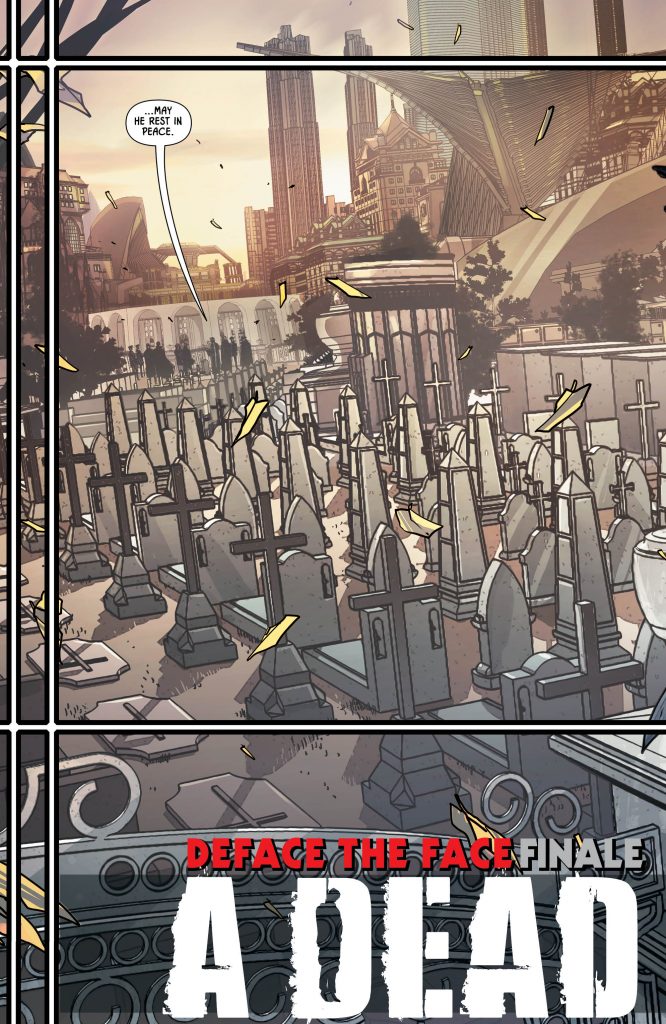 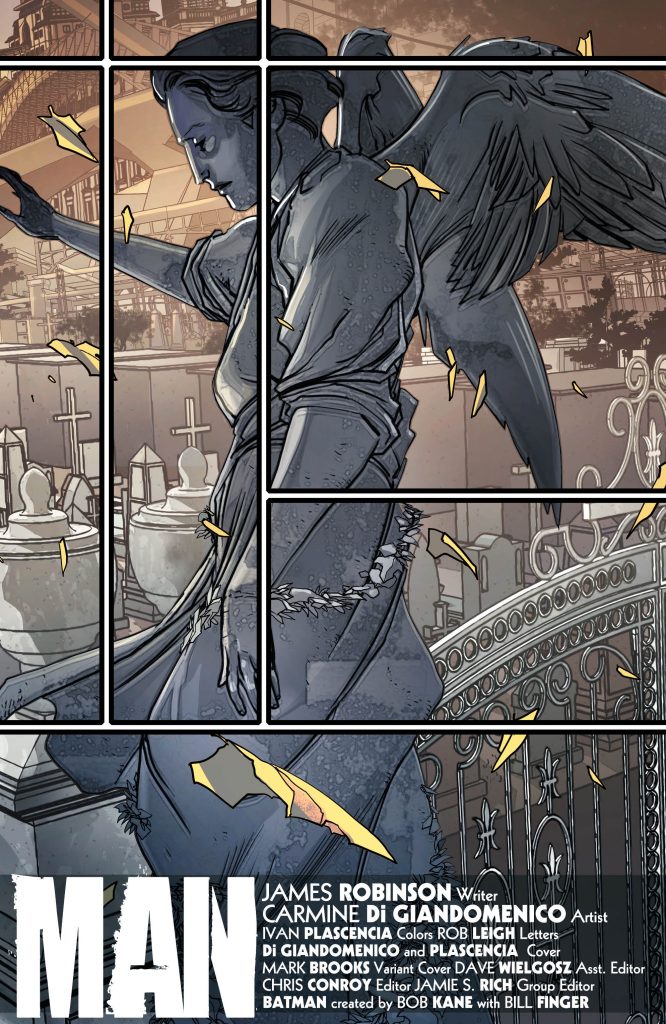 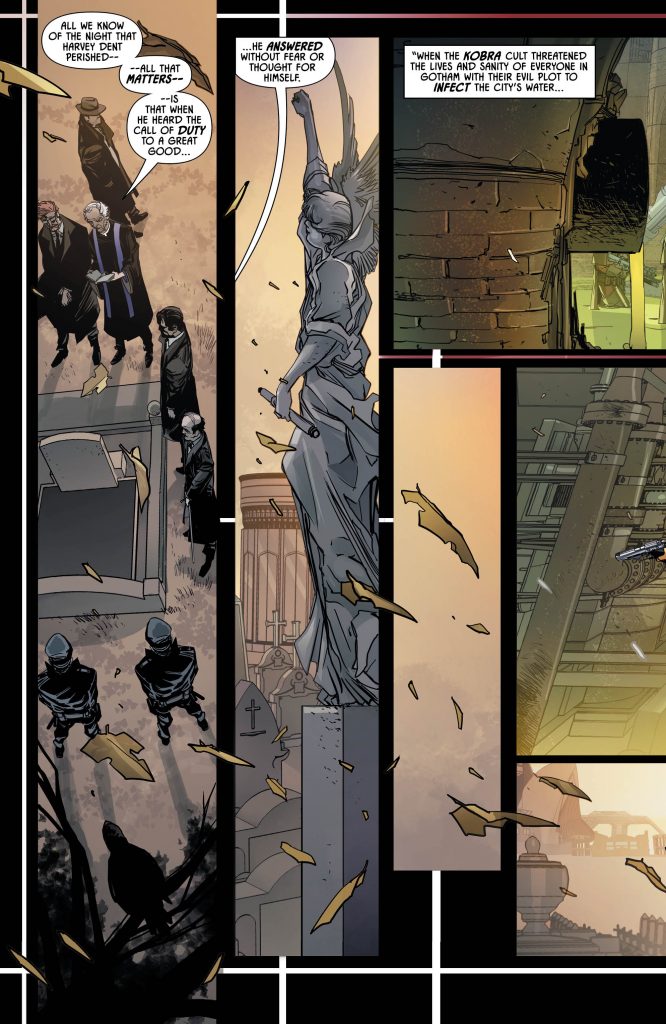 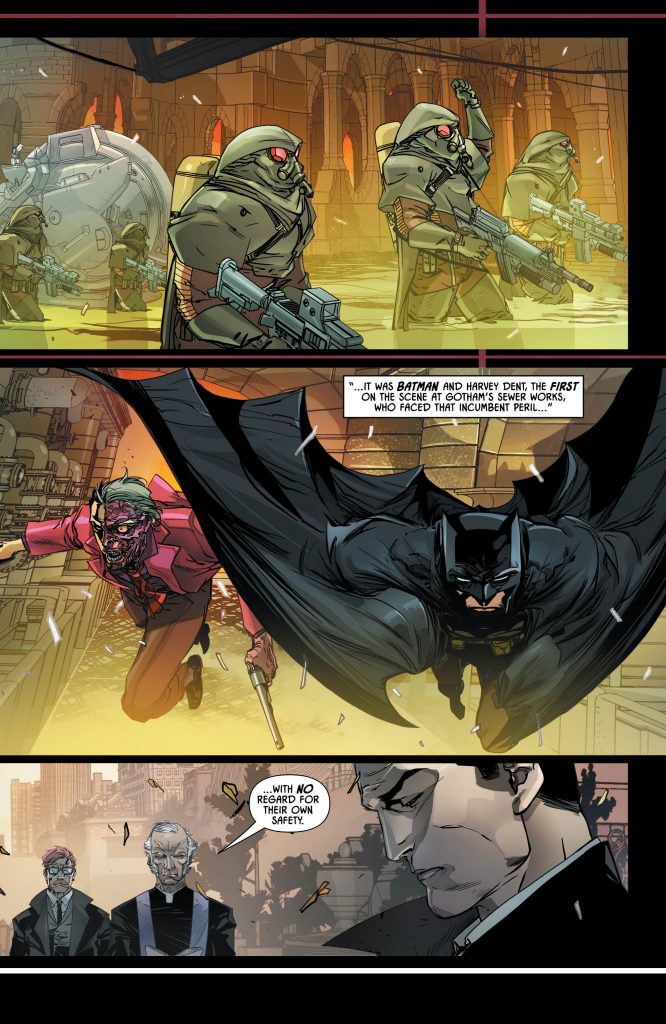 Two-Face…dead?! Did the multifaceted mafioso really get killed in a massive explosion? Batman’s the detective—let HIM figure it out! And that’s just what the Caped Crusader sets out to do, because something’s fishy about Dent’s latest demise. What the Dark Knight uncovers about his former friend not only threatens Gotham City, it’s big enough to threaten the whole world.