The Iron Fist concept is one that has the fiery, kinetic potential of a dragon’s heart, and it’s heartening to see that potential realized in series like writer Kaare Andrews and artist Afu Chan’s Immortal Iron Fists, currently running on comiXology. This Wednesday, October 11th, Marvel Comics and comiXology will release the conclusion to Andrews and Chan’s story, one that will put all who wield the Iron Fist to the test. Check out these preview pages that comiXology and Marvel were kind enough to share! 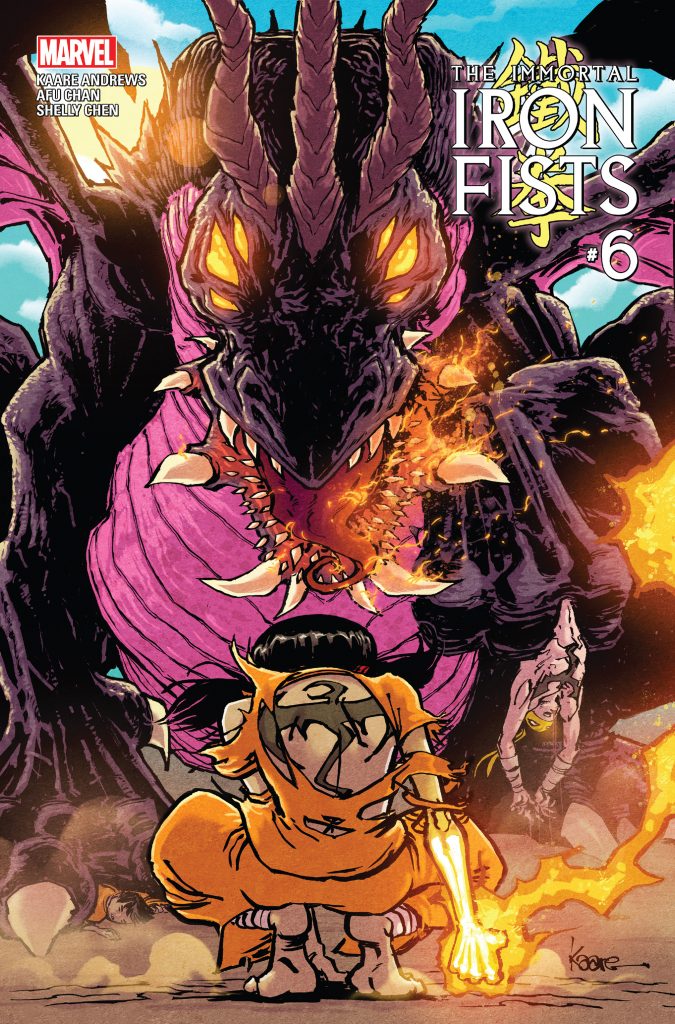 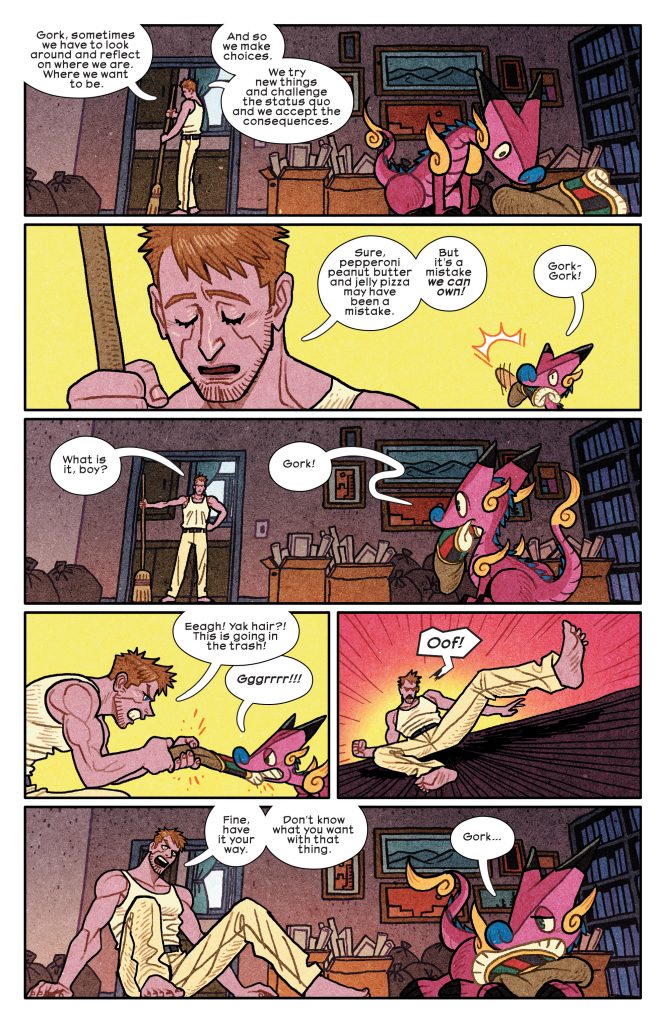 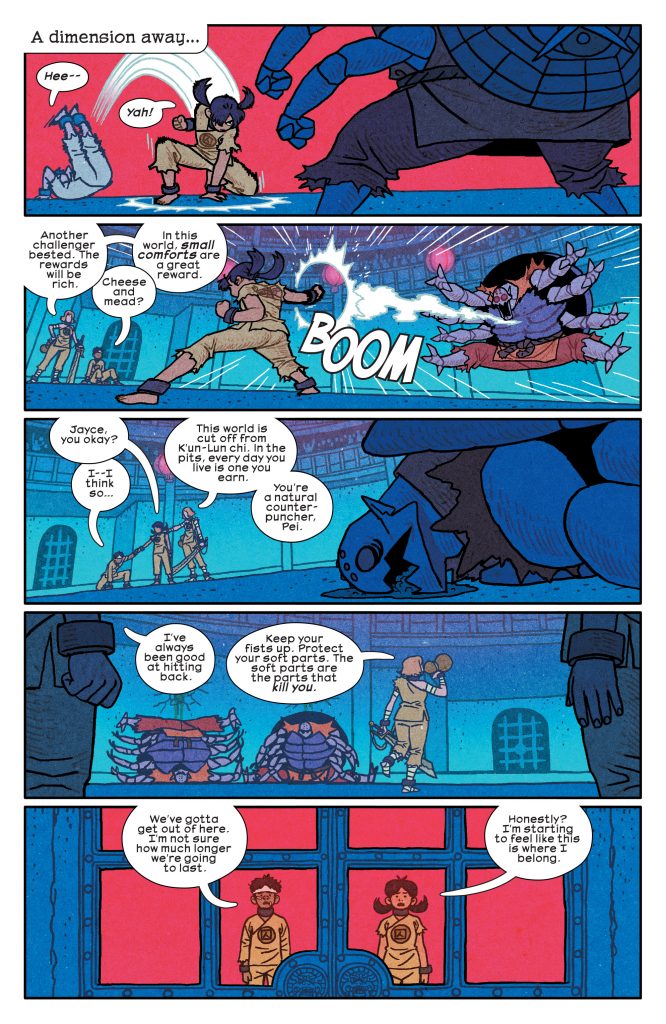 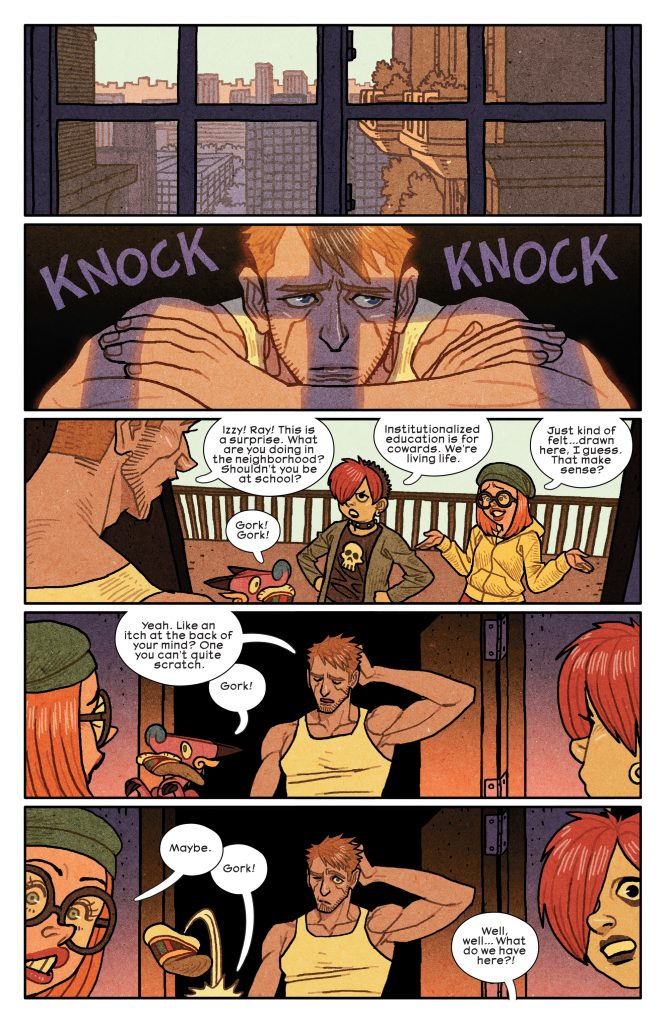 Andrews brought some of the best Iron Fist-centric comics of the last 25 years in his Iron Fist: The Living Weapon and he carries over the energy he built in that book with Immortal Iron Fists. Chan’s linework pours with expression and dynamism to such a degree that the movement doesn’t always feel relegated to the screen. Like the superheroes he renders, his art feels alive, assisted by Shelly Chen’s smart color choices that have a certain newsprint feel about them. It’s sad to see this story close with this installment, but here’s to the helluva ride that Andrews, Chan, and Chen gave us!

Immortal Iron Fists #6 (of 6), written by Kaare Andrews with Afu Chan on art, is on sale this Wednesday, October 11th, from Marvel Comics and comiXology.

From the official chapter description:

THE GRAND CONCLUSION! With Pei trapped in a hellish alternate dimension and all her friends unable to remember her, all hope seems lost. But an Iron Fist never falters! And a baby dragon never forgets…

Part of the comiXology Originals line of exclusive digital content only available on comiXology and Kindle. This title will be available as part of comiXology Unlimited at release.