Since the Ninja-K relaunch, writer Christos Gage has been exploring not only the titular character, but other past members of the Ninja Programme. Using that idea of legacy, Gage is able to throw the microscope on not only different Ninjas, but different time periods in which those Ninjas operated and how that affected their work. This August’s issue #10 uses that idea in a one-shot story about Ninja-H navigating Great Britain during the time of Prime Minister Margaret Thatcher’s tenure. Joining Gage on this stand-alone story is artist Larry Stroman, whose work on such books as Marvel’s X-Factor and his Image series Tribe have made cemented his status as an industry legend.

We’re proud to bring you an exclusive preview of three gorgeous covers of Ninja-K #10, from artists including Giuseppe Camuncoli, Larry Stroman, and Darick Robertson.

NINJA-K #10 Cover A by Giuseppe Camuncoli 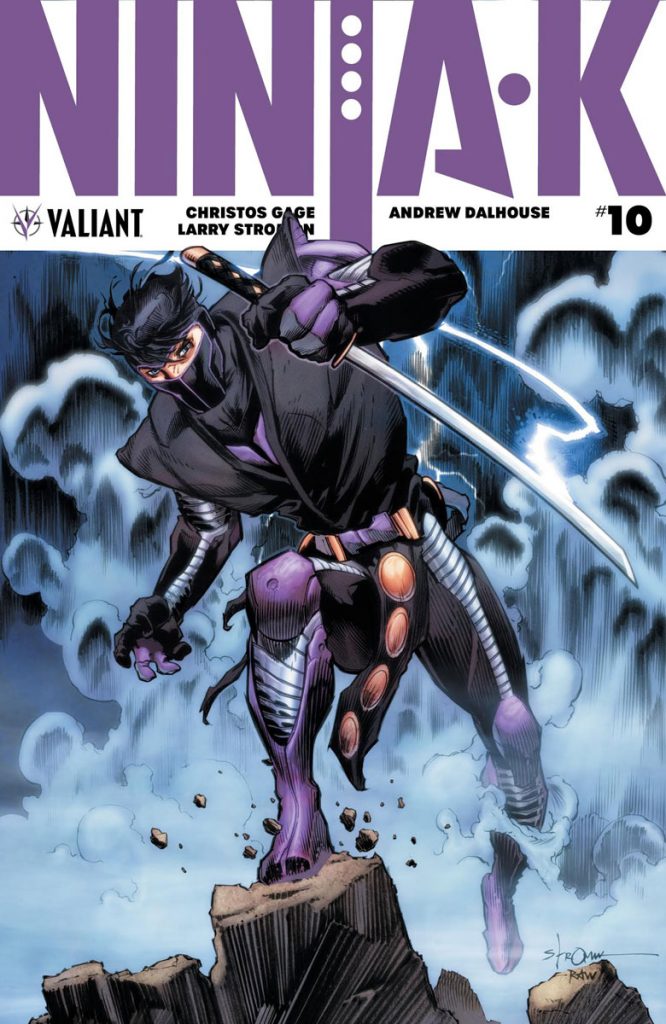 NINJA-K #10 Cover B by Larry Stroman 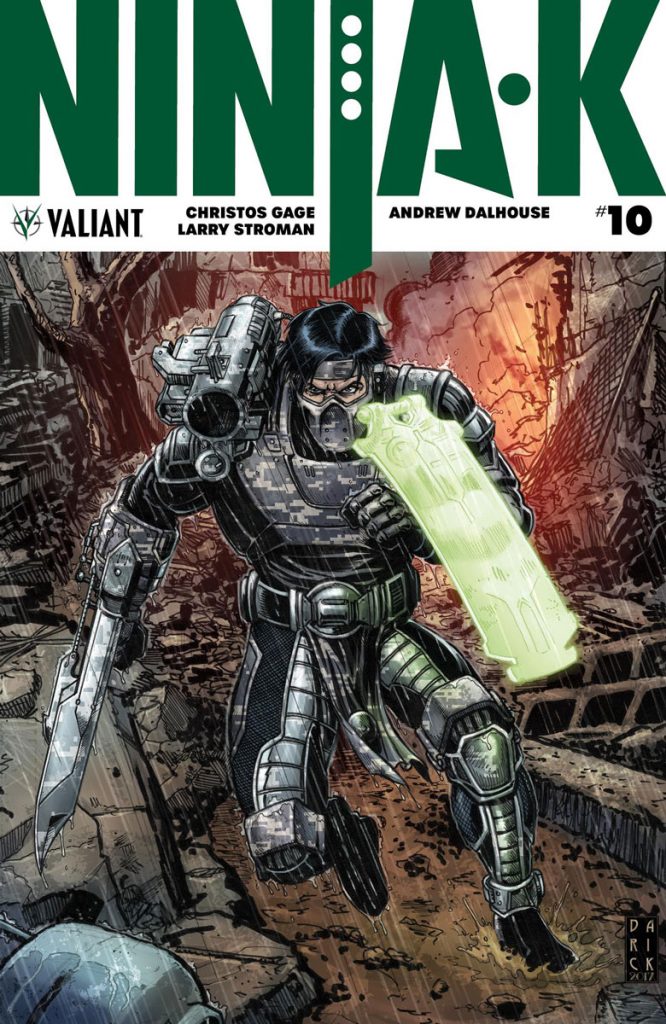 Cover A by GIUSEPPE CAMUNCOLI

Cover B by LARRY STROMAN

From the encrypted files of The Ninja Programme, another secret chapter revealed! The Cold War is in full swing and the United Kingdom’s top-secret intelligence unit has come to a crossroads. As their once-elite collection of secret agents finds itself outmatched by the escalation of the United States’ H.A.R.D. Corps division, the spymasters of MI6 are about to develop a new kind of soldier for their never-ending war of global gamesmanship and international intrigue. Part man, part machine, and bound together with the most extreme technological enhancements that the 1980s have to offer, NINJA-H is faster, stronger, and deadlier than any who have come before…

Now, for the first time, the metal-crunching saga of MI6’s one-man, super-powered strike force – and his tragic fall from grace – can finally be told as renowned writer Christos Gage (Netflix’s Daredevil) teams with comics legend Larry Stroman (X-Factor) to declassify the next standalone shadow-laden chapter in the history of Ninjak’s fellow Ninja Programme agents!