This Wednesday, The Flash #49, written by Van Jensen and Robert Venditti with Jesus Merino on pencils, will hit newsstands, featuring a whole lotta woe for the Scarlet Speedster. Check out these exclusive preview pages that DC Comics was kind enough to share! 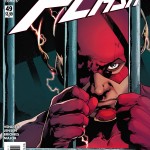 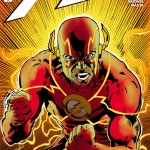 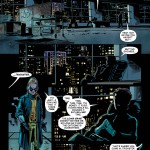 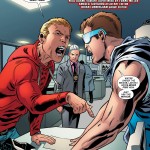 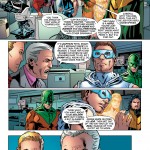 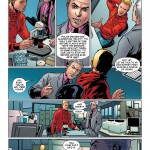 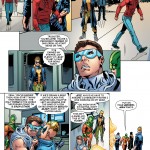 I have to admit, it’s kind of a joy to see Barry Allen–who’s usually calm, cool, and collected–about lose his ever-lovin’ mind at the notion of the Rogues being deputized to work on the side of light. It’s reminiscent of when the Riddler turned over a new leaf in Paul Dini’s Detective Comics run, irritating the living daylights out of the Batman. It’s a juxtaposition that works extraordinarily well in the right hands, as Jensen, Venditti, and Merino have shown.

The Flash #49, written by Van Jensen and Robert Venditti with Jesus Merino on pencils, will arrive in comic book shops this Wednesday from DC Comics.

On the run from a police task force assigned to take him out, The Flash must face the CCPD’s newest deputies: The Rogues. As you can tell from the cover, it does not go particularly well.