The high-flying, shrinking superhero known as the Wasp celebrates the 60th anniversary of her debut in Marvel Comics in 2023, and it’s never been a better time to be a fan of the character. Janet Van Dyne first appeared in Tales to Astonish #44 in 1963 as her Wasp alter ego, eventually forming Earth’s Mightiest Heroes—the Avengers—along with her love Hank Pym, a hero in his own right known as Ant-Man.

Just in time for the release of the Marvel Cinematic Universe movie Ant-Man and Wasp: Quantumania in February 2023, the House of Ideas is releasing a Wasp miniseries in January prior to the film’s debut, penned by writer Al Ewing, currently crafting an action-packed, time-hopping tale centered on the various characters to bear the Ant-Man title. And similar to the Ant-Man miniseries, Wasp will focus its attentions of two different characters to bear the name: Janet and Nadia Van Dyne.

Wasp could not be in better hands. In series such as The Immortal Hulk and Defenders Beyond!, Ewing has shown time and again his respect for any character he tackles, as well as his ability to get to the core of those characters and explore in interesting ways what makes them tick. And as you will read below, his affection for the superhero could not be more evident, answering with joy about his favorite Wasp tales. I was fortunate enough to speak with Mr. Ewing recently about the conceit of the Wasp miniseries, view of the character, how classic Avengers stories impacted how he approaches his stories, and what we can expect to see in Janet and Nadia’s adventures. 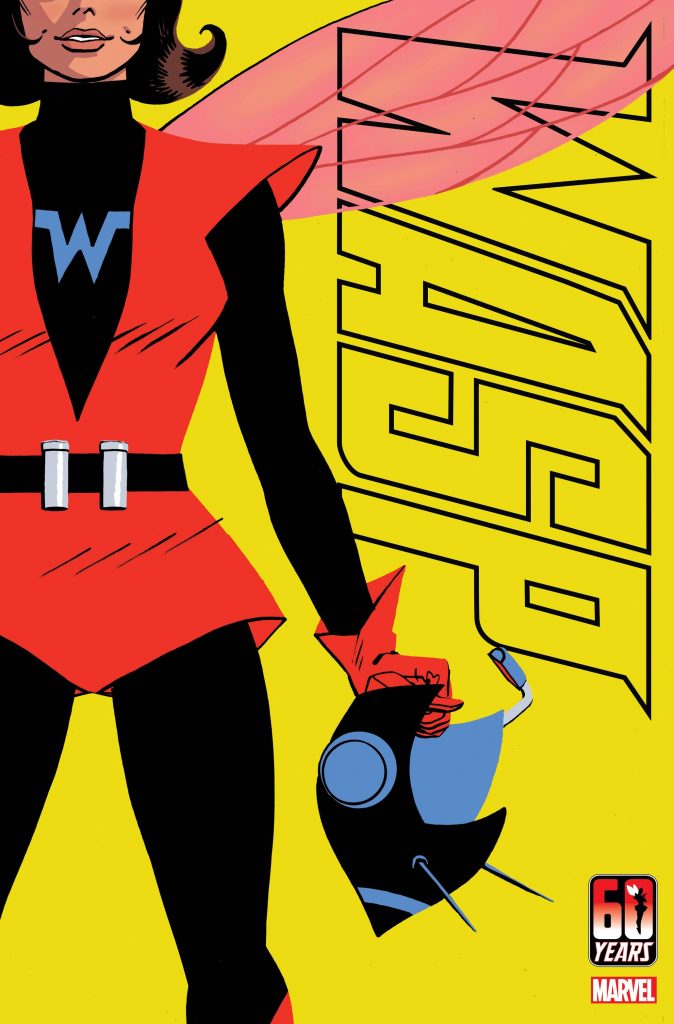 FreakSugar: Before we get started on the miniseries proper, what is your history with the Wasp and Ant-Man, both as a fan and as a creator?

Al Ewing: Well, I came to the Wasp first, because my first Marvel experience was the original Secret Wars, where she played a pretty big role. I won’t argue she was well-served – [writer] Jim Shooter, possibly while in search of a simple take for the newest of new readers, played her as kind of a ditz, a female Johnny Storm-type. For all that, in a series that was literally all about crashing the toys together, she got to work solo, show some cunning, fight Magneto, tame the Lizard, and even get temporarily killed so all the other characters could say how important she was. I know it drummed that home to me – and when I got to see her in Roger Stern’s Avengers run as a much cooler, calm, level-headed boss figure, it felt much more like the real personality emerging.

During this time, I knew Hank Pym as the guy who went from very depressed to extremely enthusiastic about self-actualization over in West Coast Avengers. I didn’t know him as Ant-Man until I read his original 60s adventures, at which point I was immediately charmed – and if you’ve read the Ant-Man miniseries, you’ll know how charmed, and how much I enjoyed writing my first taste of Jan.

FS: What is the conceit of the Wasp miniseries? What was your pitch?

AE: The brief was “can we do a four-issue Wasp anniversary series”? And my pitch was to do something similar to the Ant-Man one, but different. I wanted to tackle Jan in the modern day, not in the sixties again – which ruled out another time-travel plotline. Had I remembered that Hank had also been a Wasp… well, who knows? But I like the story we’re telling – it’s an original adventure that ties together a whole bunch of Wasp-related threads and pits both Jan and Nadia against their oldest and most persistent enemies.

FS: Where do we find the Wasp(s) at the beginning of the miniseries?

AE: Jan isn’t an active superhero when we start – new laws in New York make that legally a little dicey within the city limits – but she’s doing her bit for the hero community by building them a new hangout, a kind of heroic equivalent of the Bar With No Name, somewhere heroes can relax that’s not a Celestial corpse in the arctic. This is how I see Jan – she’s never quite shaken off the Avengers Chairwoman mode, so when she finds a need, she fills it. And Nadia has her own projects – G.I.R.L. is going from strength to strength, connecting with women in STEM all over the Marvel Universe. So it’s a pleasant starting point for a bombshell or two to drop onto.

FS: Who do you see the Wasp(s) as in your mind in terms of character? What makes them tick?

AE: Nadia’s a similar character to Toni in New Avengers – a workaholic who can’t stop, because relaxing means being alone with her thoughts. Nadia is vastly more wholesome and popular than Toni, which is a challenge for me, but that drive and damage is relatable. Meanwhile, Jan is someone who gets things done. I’ve gone right back to her earliest appearances to get a sense of her, and underneath the sixties “females!” flighty persona, there’s a hard core of steel. She didn’t just name the Avengers – she was the first avenger, someone who fights evil not because it’s her responsibility or because it’s the right thing to do, but specifically to avenge a loss. And we’re going to drill right down into that.

FS: What made you want to tackle miniseries focused on the heroes?

AE: I’ve been thinking about Jan since I got to write her in the Ant-Man miniseries, so when the opportunity came along to write her some more, I was happy to take it. Maybe this will lead to a Jan vehicle down the road? Who can say. 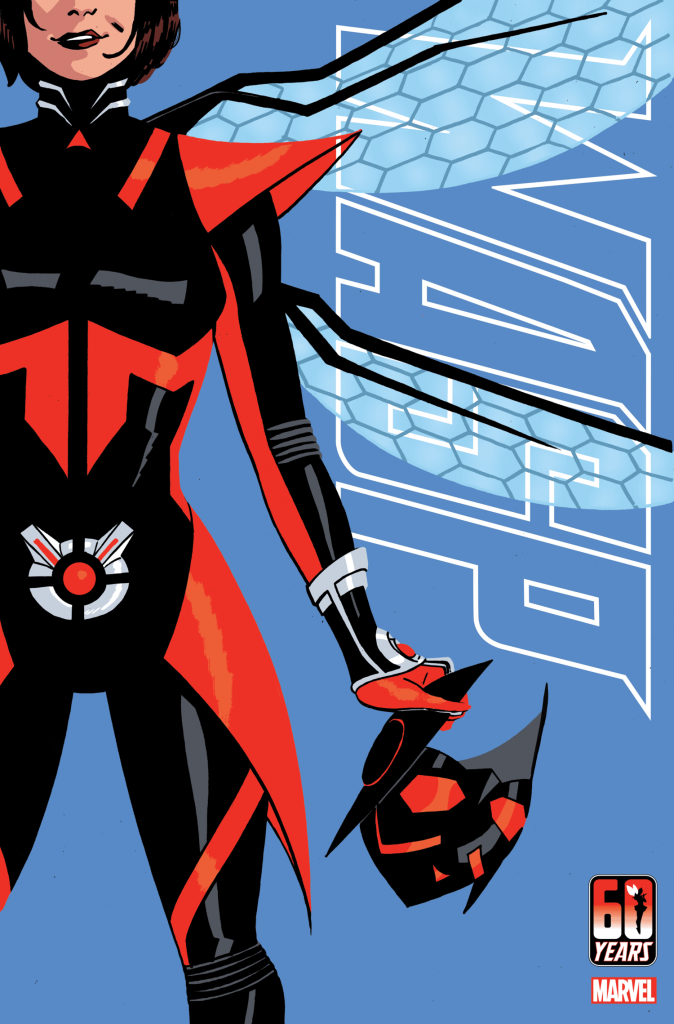 FS: You’ve now worked on both an Ant-Man and a Wasp miniseries. What do you think the appeal of the characters are, both for you as a creator and for readers?

AE: They’re fun! Shrinking – and, in Ant-Man’s case, commanding ants – are very Silver-Agey powers, so it’s no surprise that Ant-Man is at his best when leaning into that, whether it’s the simple, fun cases of 60s Hank or the carefree stylings of Scott today. Meanwhile, Jan was as much the other half of the double act as she was a love interest – I think when you add the Avengers Chairwoman aspect on top of that, you get someone very interesting, with a lot of layers.

FS: Your creative teams are stacked on the books. What is the collaboration process like?

AE: It’s been great! Working with [artist] Tom Reilly and [colorist] Jordie Bellaire was fantastic on the Ant-Man series – I’ve spoken at length about everything they brought to the series – but collaborating with [artist] Kasia Nie is amazing as well. It’s always great getting the new pages in!

FS: The Wasp and Ant-Man are celebrating 60 years. Do you have any favorite stories from those decades?

AE: It’s probably obvious that I’m a big fan of the Stern and Buscema Avengers of the late 80s, around the time I was getting into Marvel. And I’m also a huge fan of the very early Hank and Jan stories from Tales to Astonish – before Hank became Giant-Man, at which point things started to trundle downhill for him. The dangers of not appreciating what you have while you have it…

FS: Is there anything you can tease about what we can expect to see in the Wasp miniseries?

AE: As mentioned before, we’re featuring Jan and Nadia’s oldest and deadliest foes – who aren’t necessarily the same people – and revealing some secrets about all of them.

From the official press release for Wasp #1:

Since the very dawn of the Marvel super hero age, Janet Van Dyne has enchanted comic book fans as the founding Avenger known as the Wasp! Now, after 60 years of being a super hero and fashion icon, the character will headline a new four-issue limited series!

Arriving in January, WASP will be written by superstar Marvel mastermind Al Ewing and drawn by Kasia Nie, known for her acclaimed work on titles like Mockingbird and Age of Conan: Belit. Like Ewing’s hit Ant-Man series currently on stands, WASP will pay tribute to Janet’s incredible legacy by shedding new light on her wild Silver Age origin, spotlighting her relationship with protégé Nadia Van Dyne, and paving the way for a bright future! The saga will also directly lead into another Ewing-penned series launching in the new year!

After countless Avengers missions, earth-shattering battles, and fabulous costumes, Janet Van Dyne is ready to start a new chapter in her legendary super hero career! But as she sets out to change up her role within Earth’s Mightiest Heroes, a villain from her past rises out of the shadows to ruin all she’s worked for. Joined by Nadia Van Dyne, Janet and Nadia team up against a dangerous new organization with shocking connections to both their histories. As the threat grows more urgent, Janet and Nadia will face a test so great that they may become the very thing they fear most…

“The Ant-Man series was a whole lot of fun and gave me a new appreciation for Janet Van Dyne and her world – and when I went digging into her past, there was a whole story there just waiting to be unearthed,” Ewing explained. “If you weren’t a fan of the Wondrous Wasp before – not to mention her adopted daughter Nadia Van Dyne – you will be when we’re done!”

“I’m super excited to work with Al and rest of the team on this anniversary tribute to Wasp,” Nie added. “I love Janet, she’s one of my favorite Marvel characters—a mature person with an uneasy past, a successful woman and the best mom to Nadia. She’s unstoppable.”

From the official issue description of Ant-Man #4:

Who is the mysterious Ant-Man of the future who the past Ant-Men keep bumping into? Find out here as the Ant-Man of 2549 recruits Hank Pym, Eric O’Grady and Scott Lang to take on a godlike Ultron! Don’t miss this epic anniversary finale as the Ant-Man of past, present and future come together to save the world!