If there was any doubt that director Zack Snyder is borrowing heavily from the graphic novel Batman: The Dark Knight Returns for inspiration for his new film Batman v Superman: Dawn of Justice, the newest cover of Empire magazine should put that side-eye to rest. 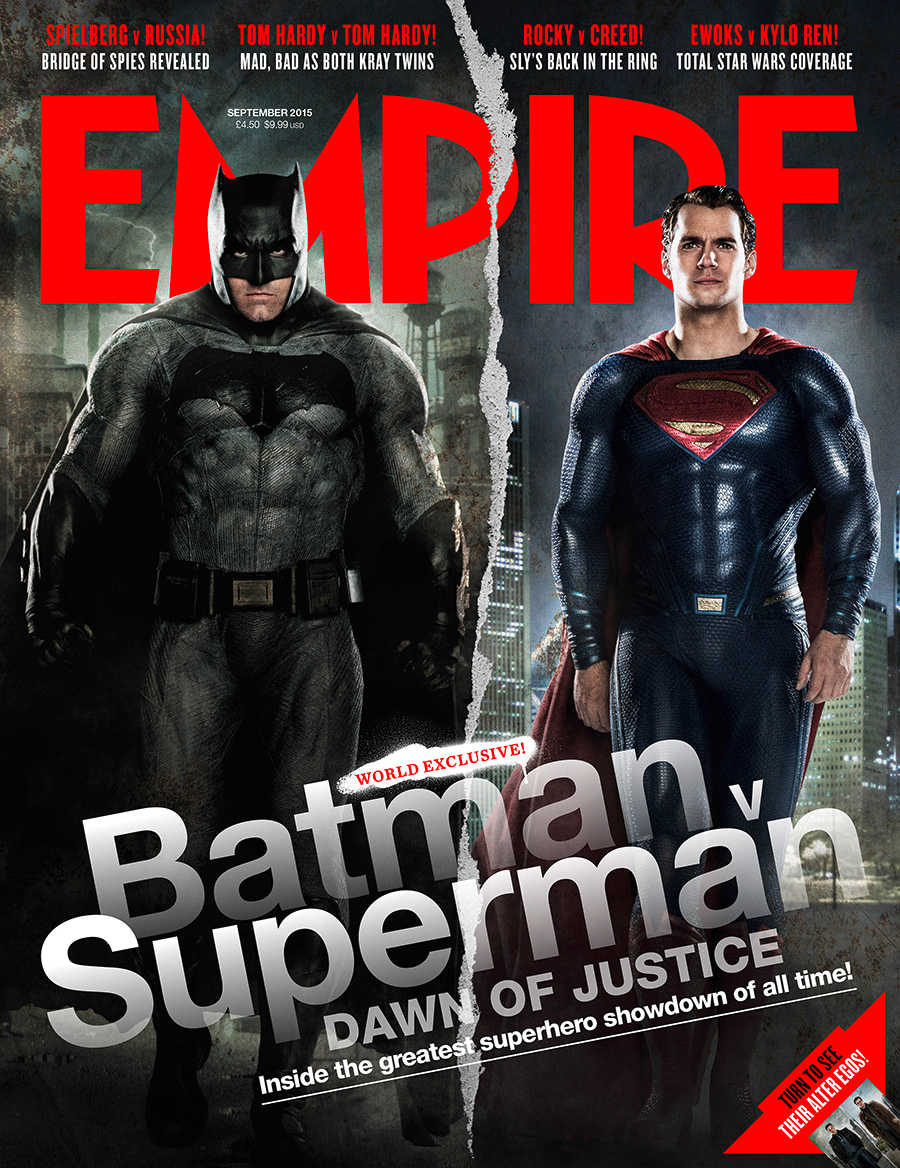 Ben Affleck, dressed as the Caped Crusader and bearing a bulkiness that most closely resembles the aged Batman seen in TDKR, and Henry Cavill, swathed once again in the reds and blues of the Metropolis Marvel Superman, adorn the cover, with a jagged tear separating the two, representing the clash and dichotomy of the two heroes. All trailers released so far for the 2016 film indicate that the two will indeed come to blows and not, as the title suggests, face one another in a court of law. 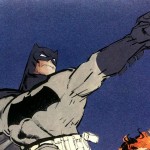 While Affleck’s bat-suit might not be as grounded in the type of real world setting director Christopher Nolan built in his Dark Knight trilogy of films, it does have the air of a costume that Batman might wear, and it certainly has a true, pulled-from-the-pages comic book look that has been missing, I would argue, as early as Tim Burton’s over-the-top gothic Batman. This isn’t surprising, as the trailer itself also shows Bruce Wayne in a bat-battle suit reminiscent of the one he wore in TDKR.

If you want to see Batman attempt to hand Superman’s ass to him for the sheer volume of destruction the left in his wake in Man of Steel, check out Batman v Superman: Dawn of Justice, starring Henry Cavill (Immortals), Ben Affleck (Argo), Gal Gadot (Furious 7), Jesse Eisenberg (The Social Network), Holly Hunter (The Incredibles), Diane Lane (Hollywoodland), Laurence Fishburne (The Matrix), and Jeremy Irons (The Lion King) when it hits theaters on March 25, 2016.