Not only is Image Comics’ Shirtless Bear-Fighter quickly proving to be one of the most crazy town banana pants, hilarious, and unexpectedly poignant titles on the newsstands, but the creators are clearly having fun with the naked-as-a-jaybird aspect of the comic. To that end, Image already released an alternate, “beariant” cover for the first issue that had Shirtless’ Twizzler and Mike-and-Ikes blurred with a whole mess of pixels. With next month’s third issue, the creative team is keeping up with the birthday suit alternate cover goodness with a Burt “beariant” cover, inspired by this iconic pic of Burt Reynolds draped across a bearskin rug: 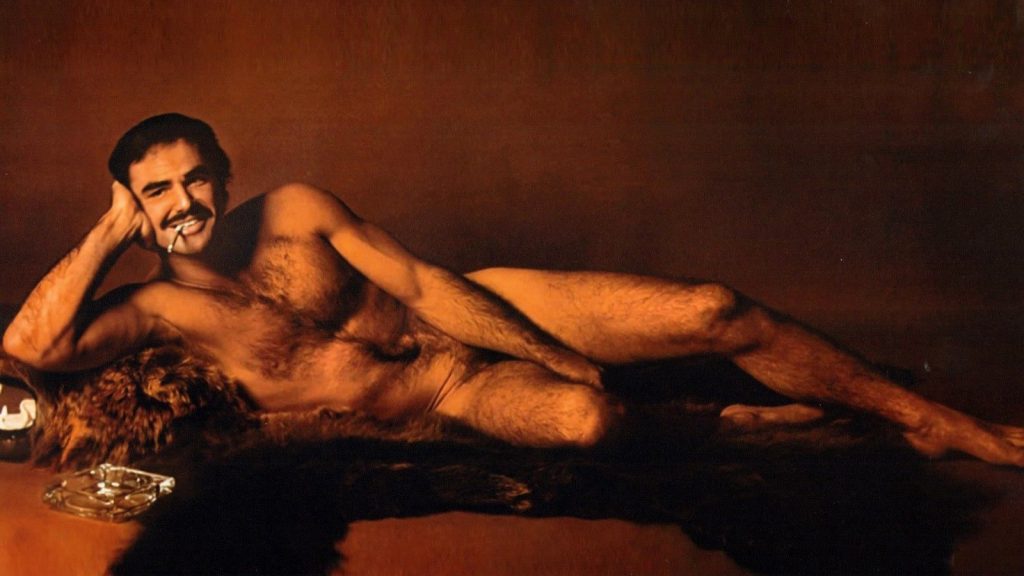 Sexy. And here’s the Burt beariant for Shirtless Bear-Fighter #3 by Jacob Chabot: 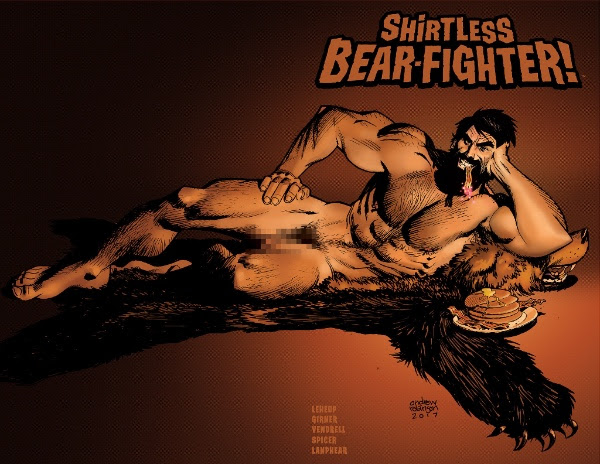 Is it getting hot in here? Because they took off all their clothes.

Gear up for the bare-skinned funnies in Shirtless Bear-Fighter #3, on sale August 23rd from Image Comics.

After being betrayed by the bears that raised him, the legendary SHIRTLESS BEAR-FIGHTER wanders the forest he’s sworn to protect, fist-fighting bears, eating flapjacks, and being the angriest man the world has ever known! When wild-eyed, super-strong bears attack the citizens of Major City, Shirtless ventures into the human world to do what he does best… PUNCH THOSE BEARS IN THE FACE!

The #WarOnBearror continues with SHIRTLESS BEAR-FIGHTER! #2 available on stores now.