For those who have been hiding away or too busy to care there was a major awards show over the weekend. Dubbed The Game Awards, it is essentially the replacement for the Video Game Awards/VGX after Spike decided it was finished supporting the event. Over last year, Geoff Keighley – the major player and lifetime MC for the VGAs – decided to push through with a new awards ceremony much in the same vein as Spike’s defunct show.

I was fortunate enough to have a chance to attend the Game Awards in Las Vegas and I have a few things to get off my chest about the event.

Overall, I’ll admit it was about on the level I expected. The VGAs were pretty much a industry-backed jerk-off and The Game Awards have followed suit. I can’t say I was disappointed – I love checking out first looks as much as the next gamer – but I’m personally tired of it. There were a few highlights and more notable portions that at least hinted at some higher sense of creative acknowledgement besides who had the biggest wad of cash bulging from their pants. The opening number from Koji Kondo – famous Nintendo composer – was delightful as well as his ending ensemble with Imagine Dragons.

The spotlighting of semi-celebs and youtubers was at least somewhat innovative as it lent some credence to audience that this is really a big celebration of all gaming culture. There was even an award for Trending Gamer which speaks to the community at large. Furthermore, it was really neat to see fans of games lifted up to show off their love and creativity. The laser harp/theremin medley was pretty cool along with Lindsey Sterling – that elf-ish dancing violinist – who rocked out with a fun piece for Dragon Age: Inquisition. Really, this is the kind of thing I’m hoping the event embraces and pushes forward.

I also noted the lack of big names. Aside from Kiefer Sutherland – who did a wonderful job of presenting Hideo Kojima – there were no other major stars or comics pulled onto the stage in order to fill some quota. Unfortunately, not all developers and creators can be as smooth as Double Fine’s Tim Schafer – he jumped up to the podium and shot off a few rounds of jokes before announcing the next award. Game devs aren’t notable for being the most charismatic but I’d rather see the show spotlight these wonderful people rather than prodding a half-aware Jessica Alba to vomit out a few words. 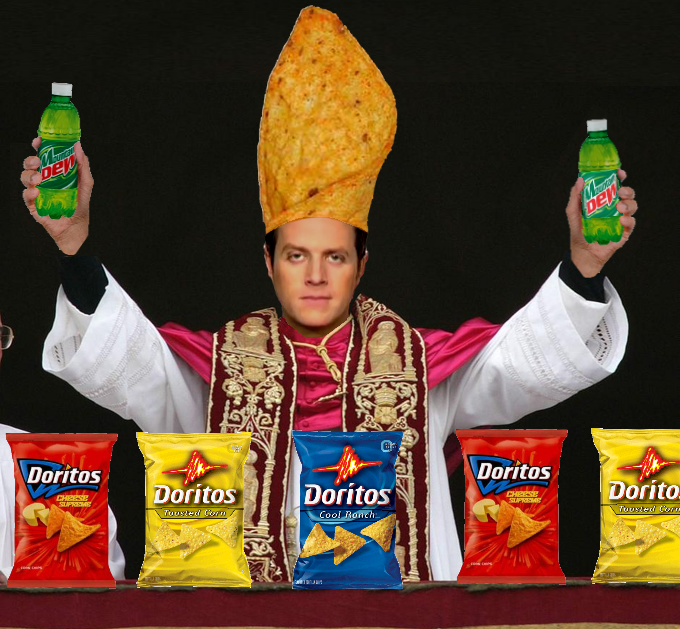 Please forgive me for this extraordinarily overused meme.

Perhaps my one major complaint is the blatant commercialism surrounding the whole ordeal. A handful of times Geoff Keighley tossed to current sales on Steam and PSN. On one hand I fully understand the need for pumping sponsored cash into the event — nothing is truly removed from the real money; yet this need to is more than just an eye roll. It’s gross.

The Game Awards needs less… involved parties. Let’s be honest, you’ll never have a completely unbiased award show of any kind — mainly because there is no real mathematical constant behind what is essentially a personal opinion — but there are ways of at least veiling it behind a semi-shear curtain. The event needs more neutral sponsored dollars. Big names like Pepsi or McDonald’s, hell, even if it was Mtn. Dew and Doritos would go further in making the show seem more legit rather than a circle jerk from the game industry.

I’m not saying that Valve, Nintendo, Sony, Microsoft, or even the dozen of AAA publishers shouldn’t cash-in, I just want it to be less about buying and selling the next big thing and really focus on the teams of creators and artists that pour so much of their blood and sweat into the games we all love. It’s when Nintendo opens the stage with the lovely Kondo piano number and then closes with a new look at the next Zelda title – it feels dirty. This should be about applauding the few outstanding individuals and games that deserve recognition rather than World Premiere™.

How about, Best Art Direction, Best Level, Best Sound Design, Best Character, Best Cutscene, Best Original IP, or Best New Developer? Look to other awards shows, especially Oscars, and you’ll see 40 plus categories and even more leading up to the event. No, I don’t want Best Tessellation, Best Use of Shadows, or Best Multi-Sampling. But Best Song? Best Story? Best Game Mechanic? Fuck yeah! Celebrate and congratulate those unique qualities of gaming as well as propping up everything else that supports and brings to life our favorite titles.

And on this note, make it more clear about what awards are being doled out. Despite going over in time, it wasn’t exactly clear how many awards were given or even what was up for grabs. Several hand-outs took place during breaks or on the side stage and seemed rushed. Many award shows shuffle off ambiguous or “lesser” categories before the main event but The Game Awards only had around 20ish titles. It even seemed as if some winners didn’t even care. It’s the first run and birthing pains can be trying so I’m banking on next year being slightly more coherent.

By far, my favorite segment of the show was the Sierra Entertainment dedication. Casting light on such a beloved gaming icon was inspirational as well as educational. I feel as if the gaming community is always pushing forward without taking those moments to look back a bit and reflect on why some of these older teams and titles are so loved. I gotta admit it was pretty heartwarming when Ken and Roberta Williams came onto the stage and shared their passion for what would become some of the greatest adventure game series.

That is until it became some what of a precursor leading up to a new King’s Quest trailer.

Tell me. Do you see other wards shows constantly shoving new shit down our throats? Do the Grammy’s or Oscars reveal “world exclusive” samples from next year’s big songs or trailers for a studio’s next big movie? Why can’t this be about the people and the games rather than how much can they sell over a two and half hour show. We have E3 and TGS and a dozen other venues to check out the latest shit we’ll be playing next year. We don’t need another one. Leave that fucking shit at home and give credit to this year’s crop of the brightest games.

I give Geoff Keighley credit for grabbing the reins from Spike’s VGAs and attempting to do something with to fill the void. I do. And it seems like I’m nothing but sour grapes from the event but I did – mostly – enjoy it. I understand the need for garnering attention and with it the staggering amount of cash that is required to support something like the Game Awards. It’s also true that the Game Developer Choice Awards addresses most of my complaints about The Game Awards. Next year’s Game Awards will really set the tone for how and what the future of this experimental endeavor will ultimately become. Hopefully, it’ll draw a thick line between flagrant commercialism and respectful industry representation.

Will it strive for some sort of legitimacy or will it just be another limp wristed jerk-off session among the AAA publishers and hardware manufactures as a big advertisement to get you all worked up to whip out your wallet? I want it to be the former, and I hope you do to.